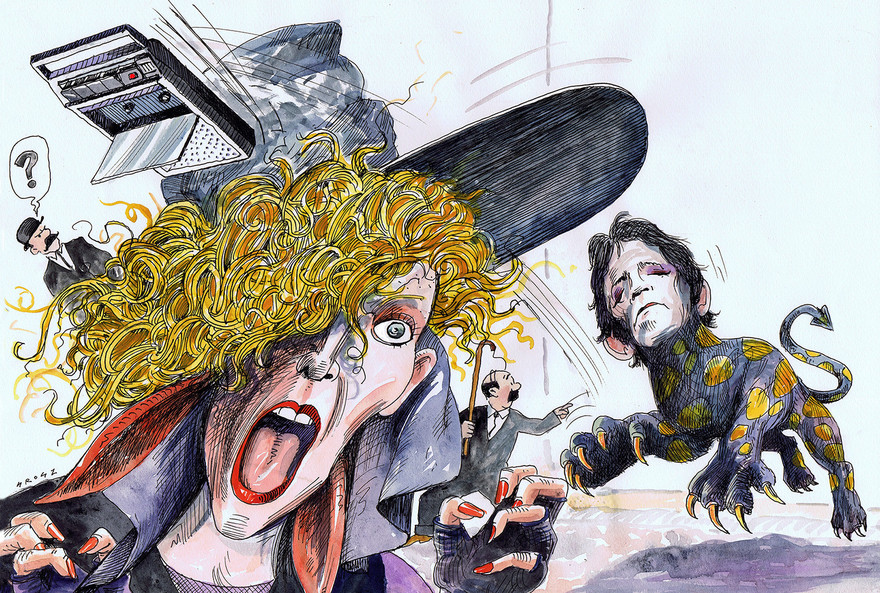 He was a rock’n’roll animal who took no prisoners, but all journalists were prisoners in the presence of Lou Reed. In 1975 his performance at Wellington’s flash new James Cook Hotel – a shrine to shag-pile carpet – was a gladitorial showdown.

Alannah Currie is there for a press conference, her first: at 17 she is just out of journalism school. (The boys’ club at Radio Windy, those macho men with rumbly voices, courageously volunteered the intern to attend.)

Fifteen journalists are present when Reed arrives an hour late, dressed in a leather jacket with silver studs. His sunglasses hide his eyes but it’s obvious he’s not happy: he only found out there was a press conference moments before. He slumps in a chair and spreads his legs like he’s got a rash.

Richard Best from Hot Licks hears “the young lady from Windy” ask a favour. Could Reed move his chair a little? Currie’s tape recorder needs to be plugged into the wall, but the microphone cord isn’t long enough to reach him.

Reed has an MA in English and Philosophy, and a PhD in expletives. He starts bawling out his minder, Pauline the promo lady from Pye.

Pauline – “the unsullied essence of gentleness”, writes Best – apologises and offers to cancel. The Australian promoter insisted; she knows he doesn’t like doing interviews. “That’s not f---ing right,” Reed rants. “I do like doing interviews but howdya expect me to feel when nobody had the f---ing decency to tell me I’m doing one?”

The press conference goes ahead, but Reed’s toxic behaviour keeps escalating its farcical nature. Best’s early question about Reed’s confrontational Metal Machine Music sees its creator slowly swivel his head 180° around the journalists. He leaps up, goes to his hotel room, and 10 minutes later returns with a cassette player. He inflicts the album on all present through a 2-inch speaker, then asks, “Have you had enough yet?”

A complaint from the hotel staff about the industrial noise causes Reed to jump up and insist on going somewhere else in the hotel. “You do all want to hear this, right?”

At first, Reed is intrigued, but then his internal detonator goes off. “WHAT??” he shouts. “You’re trying to suggest there is some f---n’ link in that?”

The cascade of swearing continues. Richard Best admires Alannah Currie’s tenacity (“A true stayer, the girl from Windy”) when she mentions the Velvet Underground.

“F---, I don’t want to talk about the Velvet Underground,” replies Reed, so she asks about the image he has built around himself …

The encounter is just another day in the life of Lou Reed, who is a no-show at his Wellington concert. (A spokesman comes to the microphone and tells the packed Town Hall, “If you know Lou, you know what’s happened.”)

But to Alannah Currie, it’s life changing. She leaves New Zealand and makes her way to London.

By the mid-80s she is a Thompson Twin, and an international pop star. To Rip It Up she recalls that Reed “threw my tape recorder across the bloody room, and so I left after that thinking this isn’t the life for me.”

Journalism’s loss was music and millinery’s gain. And for that the world can thank Lou Reed.

This is the eleventh of a bi-weekly series about unlikely encounters experienced by New Zealand musicians. Read more about Chris Grosz, musician and illustrator.