So let the St. Joseph’s
Māori Girls keep singin’
There ain’t no silver lining for
the Land of the Long White Cloud ...

I was recently at a dinner party when several diners broke into a spontaneous rendition of Glen Moffatt’s ‘Somewhere in New Zealand Tonight’. It was sung with a gusto that belied its chorus lyric, but it made me realise how far we’ve come.

Moffatt and many more of our songwriters know the value of putting local references in their repertoire but it wasn’t always so. Not too long ago “writing with an atlas”, as a friend calls it, was so rare that the simple act of putting a place name into a local number probably made it a novelty song. 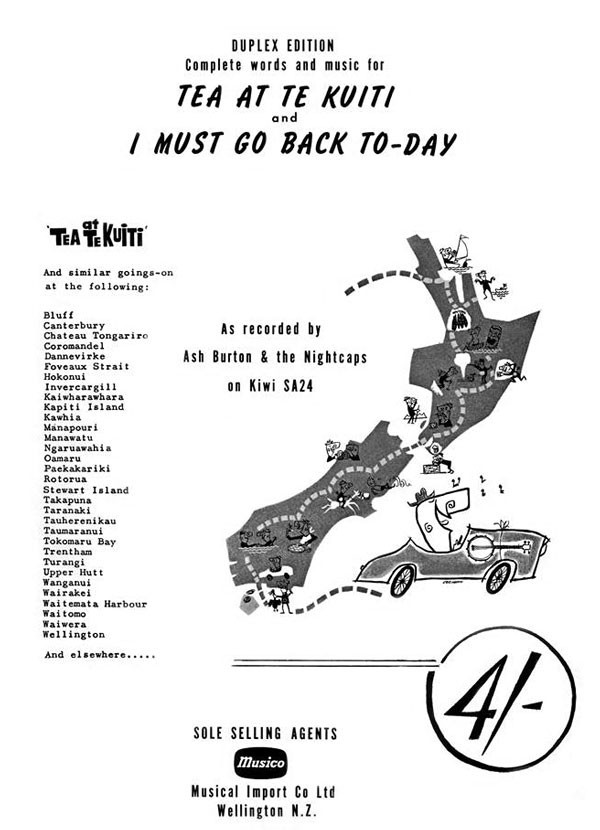 In the late 1940s and into the 1960s Ken Avery was king of the novelty songs. His hits included ‘Paekakariki’ (“in the land of the tiki”), ‘Tea at Te Kuiti’ and ‘The Dog-Dosing Strip at Dunsandel’ (in which his randy sheep dog’s breath “came in very short pants”). Peter Cape was another funny wordsmith who became well known with party songs such as ‘She’ll Be Right’ and his classic ‘Taumaranui on the Main Trunk Line’. Others who wrote about the railways included Rod Derrett (‘Kiwi Train’, ‘Rugby, Racing and Beer’) and, later on, Red McKelvie (‘Ridin’ on Trains’). Red also came up with his ‘Taihape’ tribute.

Much of my early knowledge of US geography came from the pop charts. Chuck Berry – for me the first great poet of rock and roll – gave us ‘Promised Land’ and ‘Sweet Little Sixteen’, the latter becoming a mega-hit when it was dressed up as ‘Surfin’ USA’ by The Beach Boys.

In Los Angeles in the mid-1970s my partner Jean and I spent $200 on a big American car. We knocked out the back seat and slept in it every night for the next two months, meandering across the fabled Route 66 and ending up in New York City. My abiding memory is how completely different the places were from how I imagined them from my reading and hearing their songs. I quickly discovered that the atlas of popular music is a world of the imagination.

The New Zealand cringe got a swift kick in the teeth with the release of John Hore’s version of ‘I’ve Been Ev'rywhere’ (1966). With its lists of Māori and Pākehā place names, it was the longest tongue twister I’d ever heard. Hank Snow took the US version to No.1 (later covered by Johnny Cash). And there are many other variations including, according to Wiki, an Asian one called ‘I Go Everywhere’, performed by Me Dow Chow Ling Dow Songer. 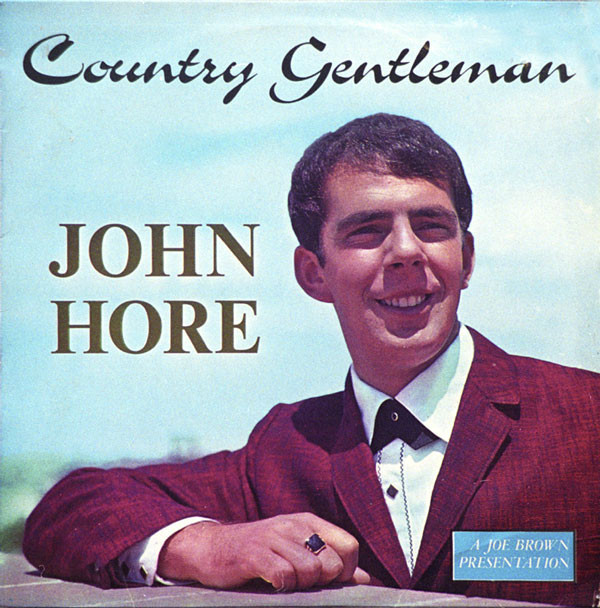 John Hore's 1966 album Country Gentleman featured his version of 'I've Been Ev'rywhere'. A radio smash nationwide, it was strangely never released as a single.

The royalties for these customised versions go to Australian country songwriter Geoff Mack, who came up with the original in 1959, providing, two years later, a hit for Lucky Starr. Australian country songs, ironically enough, can be tracked back to a New Zealander: Nelson-born entertainer Tex Morton. Through his early records and his ABC radio shows Morton is acknowledged as the founder of Australian country music.

Tex cited hearing Jimmie Rodgers’ recordings as a turning point in his life and he took on the Singing Brakeman’s vocal style as well as his “blue yodel”. Along the way, he wrote the first Australian country songs. It’s not impossible that Midge Marsden got his “T for Taupo, T for Timaru” from Tex Morton’s version of Jimmie Rodgers’ “T for Texas, T for Tennessee”.

It took New Zealand country artists like Al Hunter and The Topp Twins to get us used to hearing place names in “proper songs” but once the door was open the doubters were left behind. On his early albums, Al Hunter wrote about Pukemiro and Huntly, where he grew up and worked for a time in the coal mine. Today his songs are set around Woodstock where he now lives, still in black-coal country but now on the South Island’s West Coast. 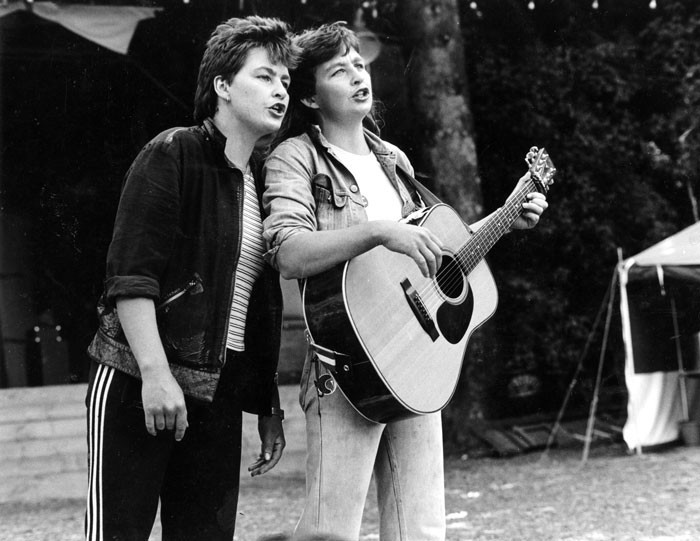 While the Topp Twins’ songs may not mention many actual locations, their settings are unmistakable in songs such as ‘Calf Club Day’ or ‘New Zealand Icon’:

Beside many great farmers, there’s a woman that's strong
The work is hard and the hours are long
She’s a New Zealand icon, she’s a rural way of life
She’s a mother, a sister, a partner for life
She’ll raise a calf and a family too
Then look a million bucks at the woolshed do

Since the mid-1960s Phil Garland has spent much of his time going on detours from State Highway One looking for old New Zealand songs while writing many of his own. Those that a GPS could find include ‘Tuapeka Gold’, ‘Hills of Coromandel’ and 'Farewell to Geraldine’. Mike Harding has written When the Pakeha Sings of Home, a whole book listing New Zealand songs (Godwit, 1992). Folkies seem to explore this territory more naturally than rock and rollers, though in 1975 ‘Rock’n’Roll Ponsonby’ was the B-side of Dragon’s first single. Barry Saunders continues to straddle the white line, mixing genres on songs such as ‘Cape Turnagain’ and ‘Taranaki’.

These days our songwriters have woven a web of songlines across the country: from Wayne Mason’s observation that “people turn on in Otaki”, to Dave Dobbyn’s nod to pōhutakawa in ‘It Dawned On Me’, from The Exponents’ Jordan Luck in ‘Geraldine’ to OMC's ‘Land Of Plenty’. And has a New Zealand highway ever been so comprehensively baptised as Don McGlashan’s Dominion Road?

If the “halfway house, halfway down” the road still exists, a small plaque may be in order. It’s worth noting that, while the Don may sometimes get the credit, it is his co-writer Richard von Sturmer who gave us the classic comment on our spiritual well being:

In the 1980s I lived on the edge of Auckland’s domain and this may help explain why I instantly fell in love with the Tiny Ruins song ‘Me In The Wintergarden And You In The Museum’. Whenever I hear it I’m taken back to a golden time.

I await the day when I work at the Museum,
With you across the way in the Wintergardens
So young and so warm, we’ll storm
We’ll swarm the parks on our lunchbreaks
We’ll lie on the lawn

This is the job of the great lyric of course, to get into your brain and take up residence. Many New Zealanders will respond to Linn Lorkin’s classic ‘Family At The Beach’ (1985) because it so wonderfully catches the feeling of Kiwi summer holidays. She brilliantly pulls this off by listing the names of uncles, aunts, cousins and siblings who came along to her family Christmas holidays. It helps that she also mentions how, at the Te Kaha Hall, she and her sister were second best in the local talent quest.

When Split Enz’s ‘Six Months In A Leaky Boat’ with its monster chorus –“Aotearoa, rugged individual” – became a hit in Australia, it was the first time many there knew we had a Māori identity. I was living in Sydney at the time and while Tim Finn’s pronunciation of “Aotearoa” may not have been perfect, I remember how it stirred the hearts of many expat New Zealanders. Finn also gave us a much-needed reminder of an unsavoury chapter in our history with his song ‘Parihaka’.

Our iconic waiata ‘Pōkarekare Ana’ has been a standard since World War I. There was some surprise then when at an official function in Wellington a few years ago the song ‘Yeonga’ was sung back to us in Korean by a visiting delegation who described it as a favourite old Korean song. It emerged that they had heard it sung by Māori soldiers in the Korean War, fell in love with it and subsequently absorbed into their culture.

The underappreciated songwriter AJ Bell grew up in Waimana in the Bay of Plenty, not far from Mt Maunganui. He spent time in Austin, Texas in the 1990s and then released two albums of his wise and sometimes wonderful songs. One memorable one is called ‘Taihape’ and Bell has other locally flavoured numbers, including a great Jonah Lomu song.

David Gideon is another who captures the landscape. At a post-APRA Silver Scroll Awards do in Christchurch I heard him sing a song called ‘New Stars’:

The sun is falling in the Westland Sky
Punakaiki on a velvet night.

Christchurch has been celebrated many times in song, not always with fulsome praise. Jordan Luck has reminisced about Cashel Street and so has Al Park, who sang about it on the landmark post-earthquake compilation, The Harbour Union. Also on that Lyttelton writers’ project was ‘Ghost Of This Town’, the song that brought Marlon Williams to prominence. I saw him sing it live and I misheard the final line: “I know I’m not fooling no one”. Somehow it became “You know I’m not fooling around” – and in my mind the singer became the vengeful earthquake spirit. It’s more about the singer’s vulnerability, but my getting that one final word wrong turned the song on its head. 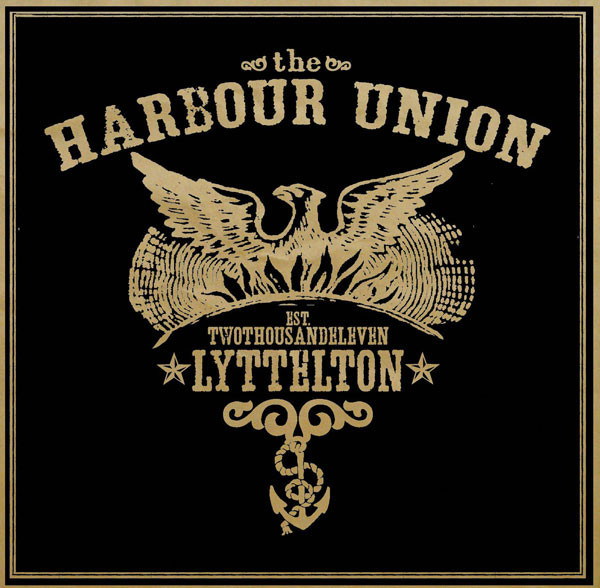 The 2011 compilation The Harbour Union

It’s easy to get things wrong; international listeners to our songs will not always understand what they’re hearing. Bluesman Rick Bryant’s song ‘Snow on the Desert Road’ has both moved and mystified overseas listeners.

US singer Elliott Murphy wrote about it, saying, “It’s as if the Mississippi River had gorged its way through the centre of the earth and come home in ... New Zealand of all places.”

While it’s familiar to us, the image of snow in the desert can’t help but be surreal. And whatever the image of the “three ugly sisters” evokes, it’s unlikely to be the succession of dangerous curves on State Highway One (since straightened into some conformity by Transit NZ).

Just the act of naming can be risky. I once went to a concert at Western Springs and heard the gasps of derision – and some booing ­– when the lead singer stepped up to the mic and announced: “It’s great to be here in Sydney.” The moral is, I guess, that if you’re going to use local references, you’d better get them right.

And another great song about Cashel Street: