He began his career in blues bands in Auckland before moving to Australia, falling in love with The Byrds, becoming a country rock pioneer in Sydney and providing the riffs for the huge Richard Clapton hit ‘Girls On The Avenue’. He became a permanent fixture at Stebbing Recording Studios from the mid-1970s to the mid-1990s.

Born in Christchurch, McKelvie took up guitar as a teenager and formed The Crescendoes there before his elevator-mechanic father moved the family to Auckland in 1961. McKelvie started an apprenticeship as an elevator mechanic but was more interested in playing guitar for The Chelsea Beats, The Dark Ages and the [Auckland] Avengers before moving to Sydney in 1967.

There he took a job as an elevator mechanic until meeting bass player Terry Wilkins, forming The Starving Wild Dogs and landing a residency in Kings Cross. The pair went on to form Quill, a band that concentrated on original music but didn’t last long after Wilkins joined The Flying Circus.

McKelvie started a band with Murray Grindlay and Claude Papesch called Savage Rose, but when Flying Circus leader Doug Rowe, another expat New Zealander, fell ill, McKelvie was brought in as his sub and then invited to remain.

He stayed long enough to navigate them from their bubblegum pop background into country rock with the Prepared In Peace LP. Soon after McKelvie’s ‘Israel’ was released as the record’s first single, Rowe sacked him for a perceived leadership challenge.

Through the early 1970s he became an in-demand session player and released self-written solo singles.

Through the early 1970s he became an in-demand session player and released self-written solo singles ‘She’s So Fine’ and ‘Another Country Town’. His band became the house band for the ABC’s GTK, backing the likes of Rick Springfield and Mike McClellan as well as featuring as Lariat or The Third Union Band. Under the latter name, they released the single ‘Hyway Ryder’, co-written by McKelvie and bandmate Grahame Lister.

Early in 1973, against the advice of his contemporaries, McKelvie took up an offer of show band work in Bangkok. When he was sacked for straying away from Top 40 covers in preference of The Byrds, his father had to bail him out with airfare back to New Zealand.

In order to repay the debt he returned to work as an elevator mechanic for Otis while taking up with Murray Grindlay and Paul Hewson in a new version of Cruise Lane and playing on sessions, including John Hanlon’s Garden Fresh. When Cruise Lane folded, he toured New Zealand with one of Joe Brown’s shows and returned to Sydney in August 1974.

The next year came McKelvie’s most recognisable work with 12 tracks of electric guitar sheen on Richard Clapton’s Australian No.2 single ‘Girls On The Avenue’. While touring with Clapton in support of the album of the same name, McKelvie’s mother passed away and he returned to New Zealand.

He immediately became part of Murray Grindlay’s set-up at Stebbing Recording Studios, playing on hundreds of jingles as well as Larry Morris’ Reputation Don’t Matter Any More and Grindlay’s self-titled LP on the Key label.

He was pedal steel player on the first series of TV’s That’s Country and became a trusted ally and prominent studio sideman of Patsy Riggir. Besides a plethora of country music credits, sometimes as BJ McKelvie, his pedal steel playing graced albums by DD Smash (Cool Bananas) and Hello Sailor (Shipshape & Bristol Fashion), among others.

By the late 1980s, McKelvie was an integral part of The Al Hunter Band.

By the late 1980s, McKelvie was an integral part of The Al Hunter Band on guitar and pedal steel and appeared on Hunter’s second album The Singer. Having taught himself to play button accordion, he pursued a passion for Cajun music and formed his own Cajun/zydeco band Mumbo Gumbo in the early 1990s. He also played accordion on the Red Nose Day song ‘You Make The Whole World Smile’.

His songs ‘The Nature Of Love’ and ‘Friday Night’ were recorded for a Sun Pacific compilation called Deep In The Heart Of The Pacific, released in 1995, but with session and live work drying up, in 1997 he accepted an offer of two months’ work in Timaru in a play about Patsy Cline. He has remained in and around Canterbury ever since.

In 2007 he finally released his own album called Ridin’ On Trains – Songs Of New Zealand And Australia on Neil Hannan’s SDL Music. Although nowadays more likely to be found playing golf than playing in a bar, he did add pedal steel to Tami Neilson’s 2014 CD Dynamite! 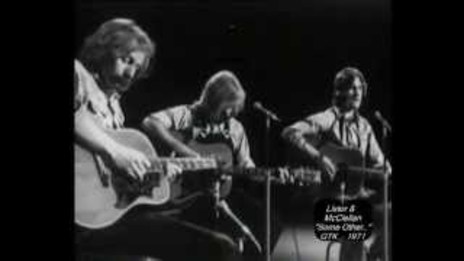 Lister and McClellan with Red McKelvie - Some Other Sunrise (GTK, 1971) 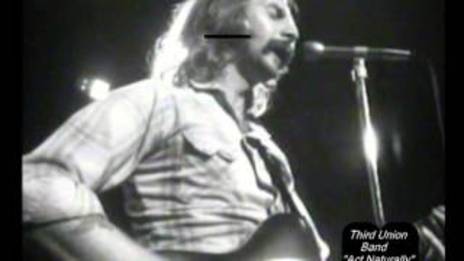 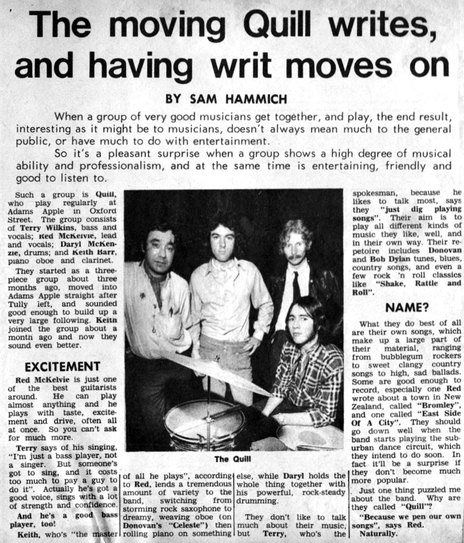 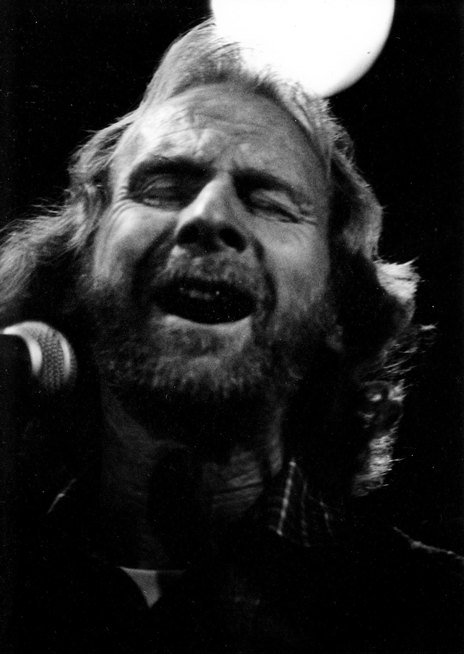 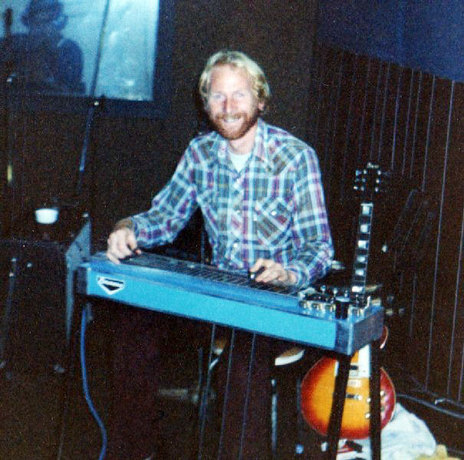 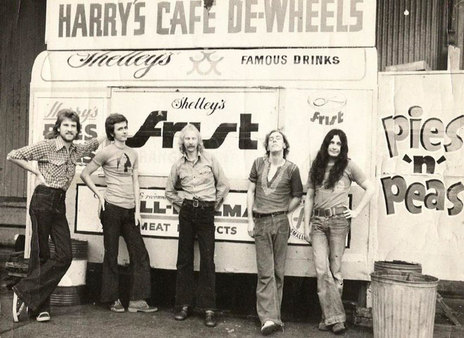 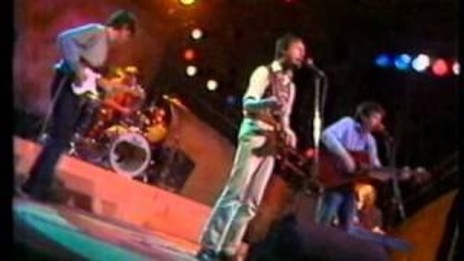 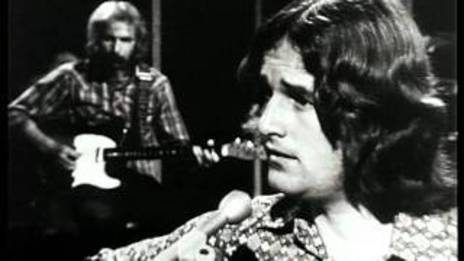 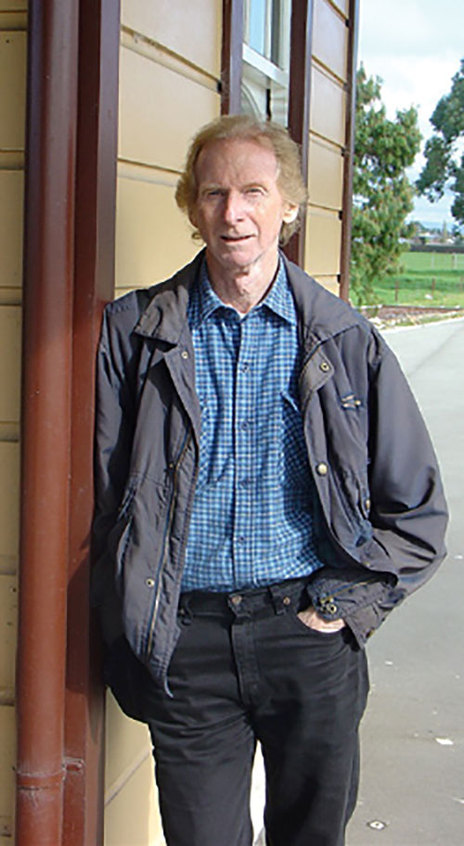 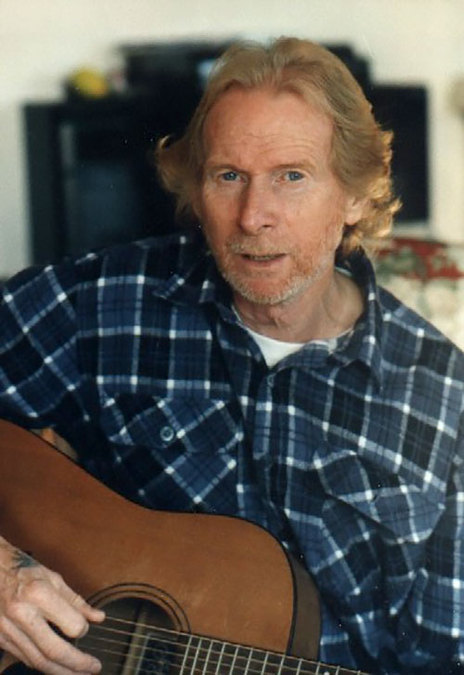 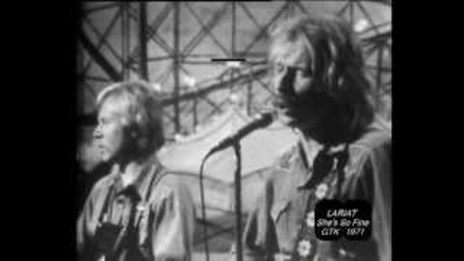 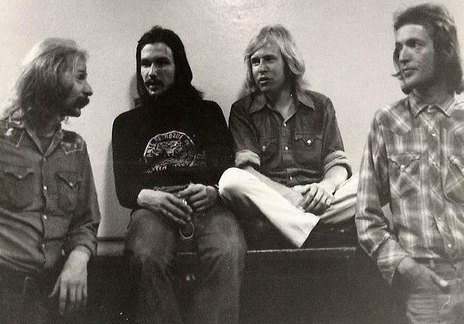 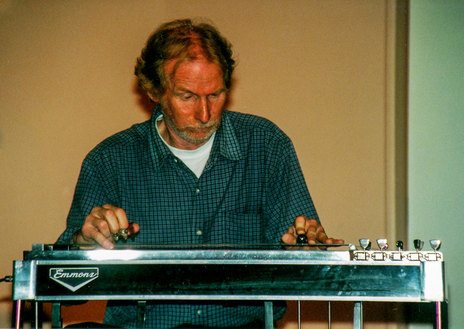 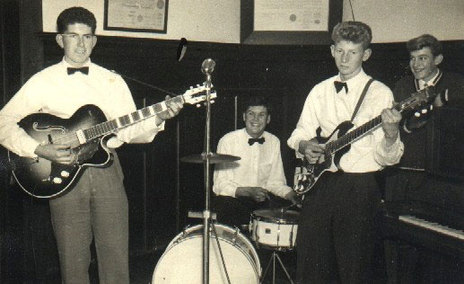 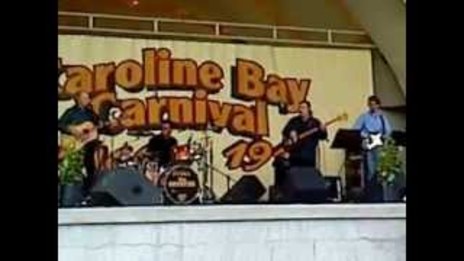 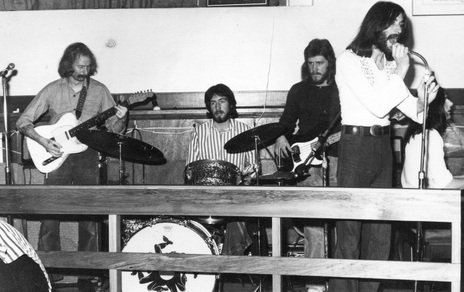 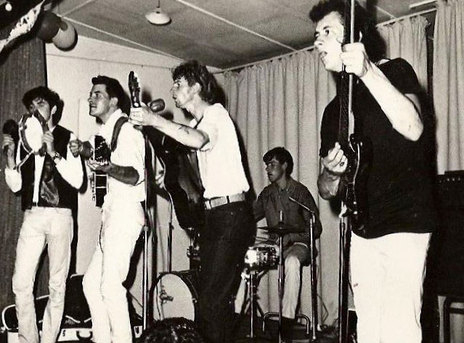 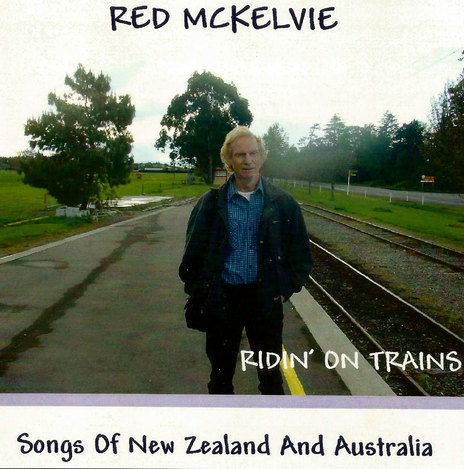 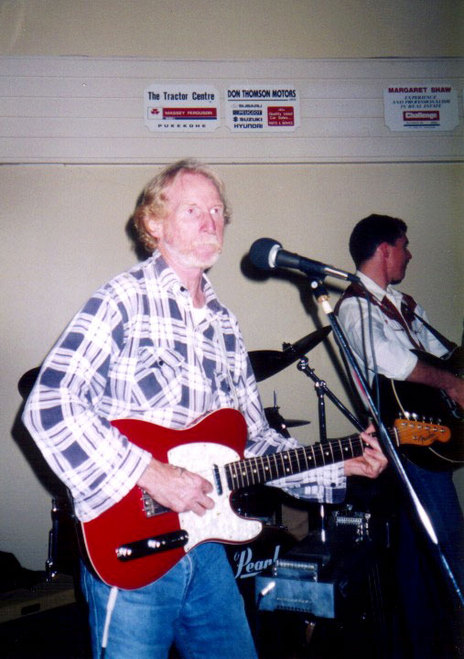 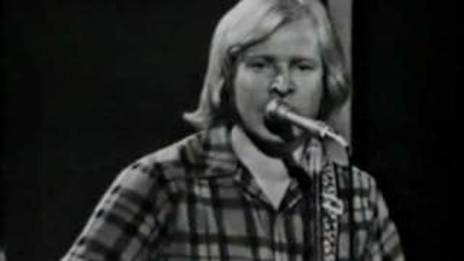 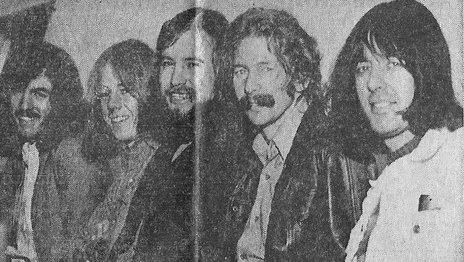 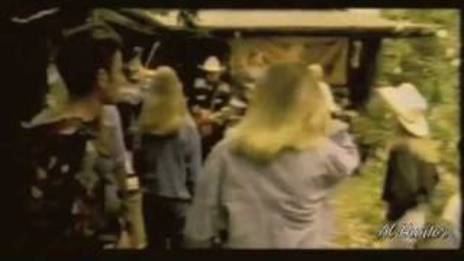 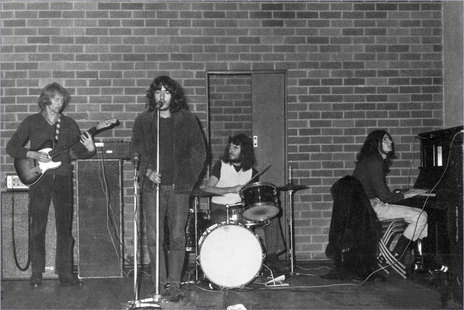 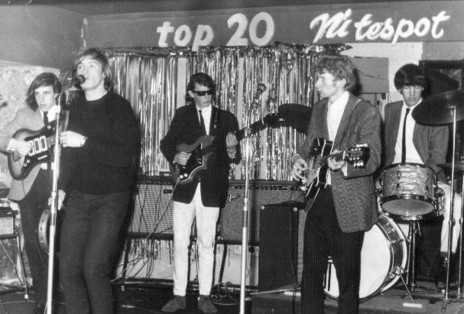 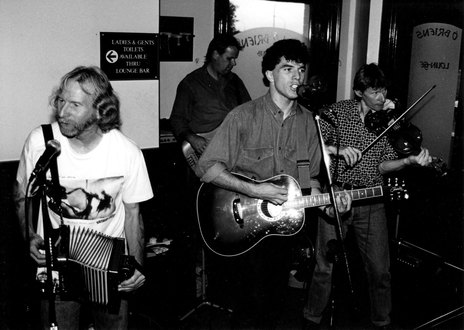 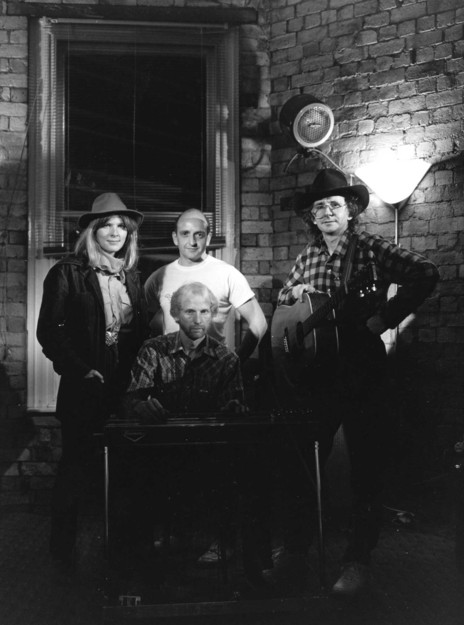 In the late 1980s the Al Hunter Band takes shape in the Shakespeare Tavern, Auckland. From 1989, with Bruce King on drums, they would hold court at the King's Arms. From left: Cath Newhook, Alastair Dougal, Red McKelvie (front) and Al Hunter.

The Legend of Red McKelvie at Glen Moffatt.com

In the 1990s, McKelvie’s son, Chris McKelvie, was a guitarist in The Greg Johnson Set, appearing on Everyday Distortions and Johnson’s solo album Vine Street Stories.