Symonds Street in Auckland is no stranger to the dark delights of nocturnal rock and roll. Early punk venues sprang up in and around the city thoroughfare in the late 1970s and early 1980s. A few years on, all-age clubs S.P.A.M and Russell Crowe’s The Venue found temporary favour on the worn out retail strip. 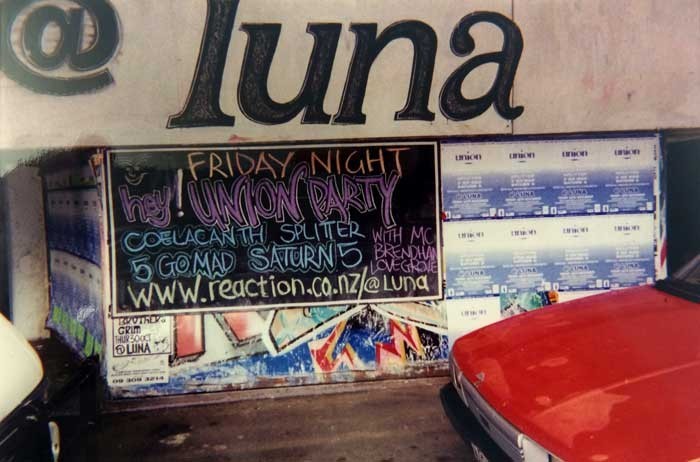 In the mid-1990s, the sound of drums and electric guitar echoed again when Frisbee’s Leisure Lounge established itself in the old BNZ Bank. In March 1995, Nothing At All!, Balance, Marty Sauce and The Source and Christchurch’s Ape Management reflected the hardening rock of the time. 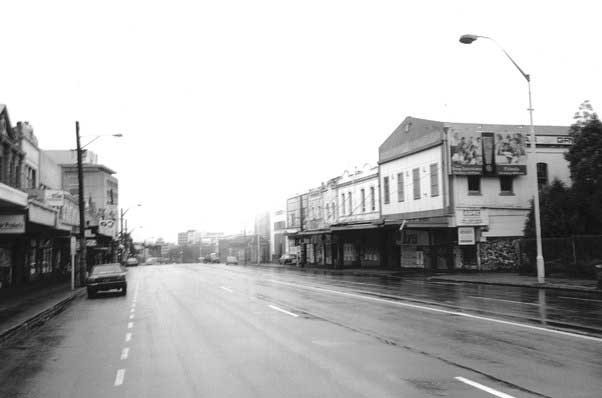 A few doors up on the second floor of another slated-for-demolition building at 178 Symonds Street nestled the languid Kurtz Lounge.

A few doors up on the second floor of another slated-for-demolition building at 178 Symonds Street nestled the languid Kurtz Lounge, a live space and bar that would become the popular haunt @Luna in early 1997. The best New Zealand indie groups played there alongside touring acts from the vibrant American alternative community.

Come April 1995 and Kurtz Lounge was fully firing. The Clean, and five days later, Alastair Galbraith and King Loser brought the south to the north. May found new punks Future Stupid and Muckhole there. Greg Johnson and Bic Runga arrived at Kurtz on 26 August. In October, it was turn of The Renderers and Caneslide.

Dunedin’s long-lived indie scene showed a new face in late November, when up the wide angled wooden staircase, with the bar to your right as you entered and the stage on the left up against the wall, Trash, Suka and Fats Thompson stated their case. All three acts would release compelling albums on IMD that still remain lost amidst the many overlooked riches the South Island’s music capital produced in the 1990s. A week later, King Loser returned with Virginia Reel. The Hit List, Lure of Shoes and Figure 60 soon followed.

December 1995 was full to bursting with shows. In the space of two weeks, King Loser, The Chills, Bike, Muckhole, The Warners and Sticky Filth lugged their equipment up the stairs. Hallelujah Picassos, Semi Lemon Kola and Muckhole saw the New Year in.

Already well established, Kurtz Lounge presented a diverse bill of rising and established acts local and touring groups in 1996. Bailter Space, HDU, Stayfree Carefree, Nothing At All!, Twelve Tribes of Israel, US garage rockers Dead Moon, Spacesuit, Salmonella Dub, Dark Tower, US punks SNFU, Evilis, Slambodia, Martin Phillipps solo with Chris Knox, Chris Matthews and Danny Manetto, The Spinnanes, Bike and Graeme Downes took to the stage there in the first half of the year.

A rare Dead C show in Auckland on July 14 supported by Marcel Bear and Rosy Parlane’s Empirical widened the musical palette as the sonorous pair sawing away at Bear’s sculpture like self-made shim saws. Yet to retreat to art galleries and more rarefied environments, The Dead C showed their expansive sound was still at home on more traditional rock turf. 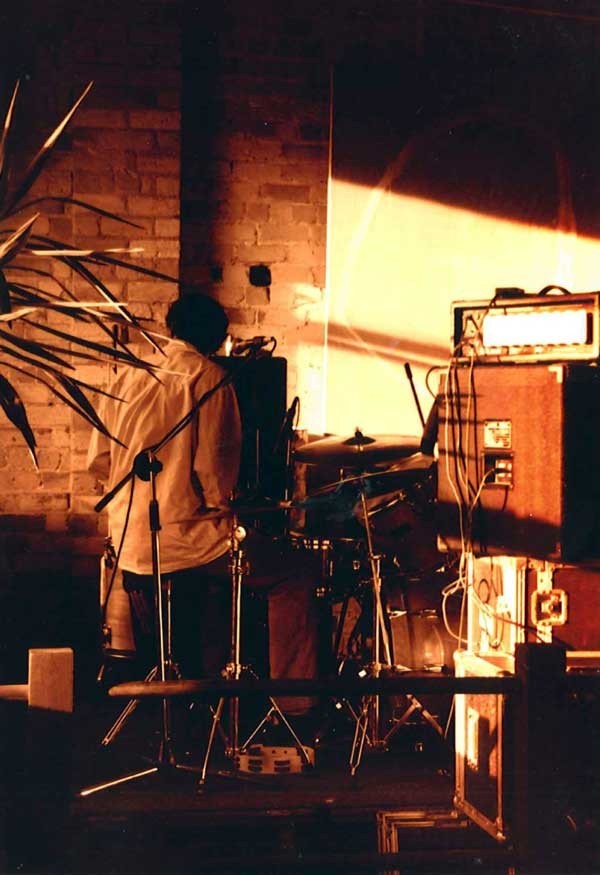 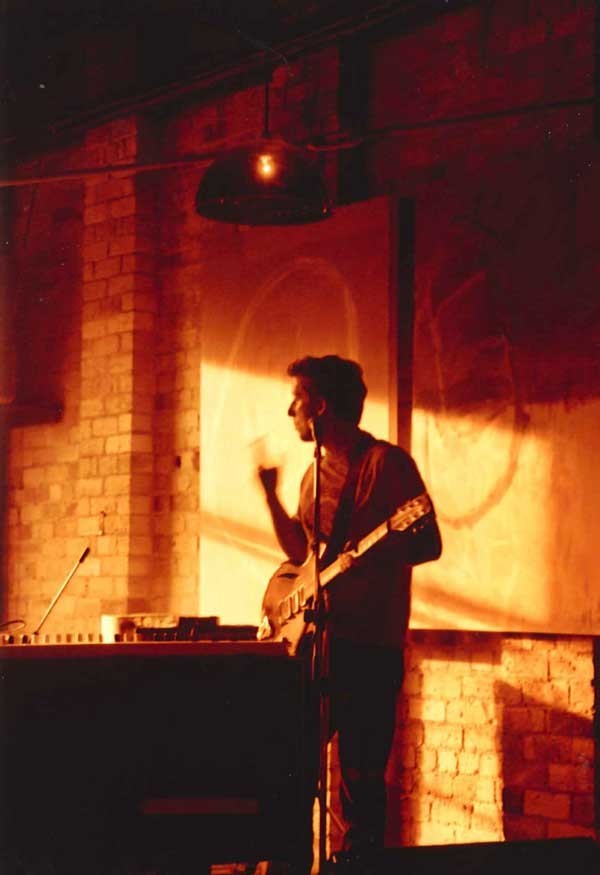 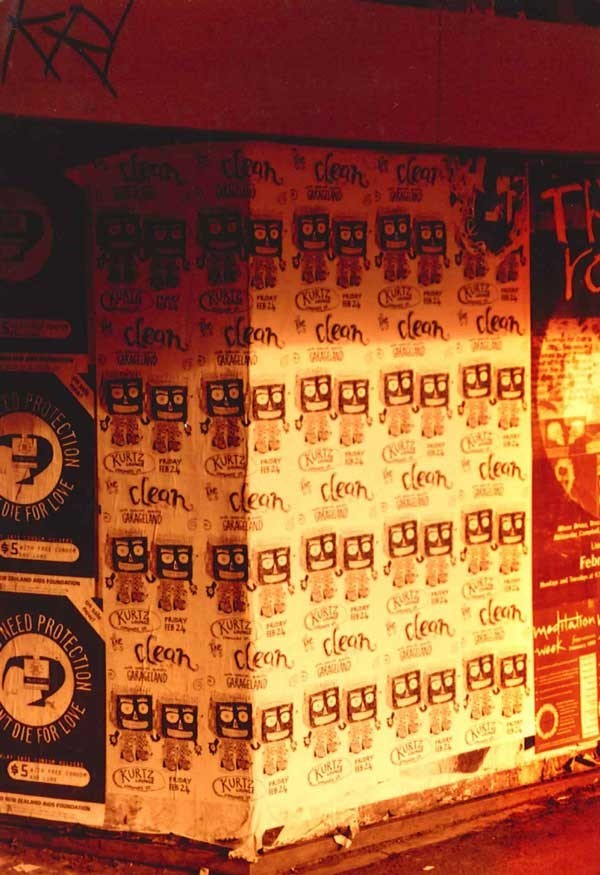 The Clean at Kurtz Lounge, 1995 - photos by Simon McKenzie

Frisbee’s Leisure Lounge pushed on into 1996. The building housed Frisbee Studio and practice rooms as well as the living quarters of a number of reprobates. Ape Management returned in March on the Booty and The Beast tour. This was a group that performed, they didn’t just stand there. Guitarist Dave Clarke in silky satin longs strutting with his axe. Drummer Ken E Bear had played in recent Auckland based groups, but this was a Christchurch band that featured Rob Haakman and Wade Churton (The Scuzzbuckets).

‘You Really Lose Me’, the flipside of their single ‘Big Hair’, stood out that night, just as it stood on record exhibiting a rock and roll power that was still not that common in New Zealand in the mid 1990s. It reminded me of amped up Kinks, being not much more than an amazing riff, separated by a naked almost acoustic middle eight that created both power and tension.

In early January 1997, John Baker reformed his garage rockers The Psycho Daizies for a night out there with Mary, Nothing At All! and The Snitches. Frisbee closed its doors to live groups not long after on February 22.

Next door, Kurtz Lounge was now @Luna. The stage had been moved to the Symonds Street end and eventually large screens would enhance the groups by showing simultaneous live footage of the performers.

Shayne Carter and Peter Jefferies both brought sounds bigger than a single performer. Carter’s sound was enhanced by effects pedals and a repetitious groove that looked ahead to Dimmer’s 'Seed' and his more adventurous work. Jefferies played piano and drums at the same time as he sang on that special late January night.

The mix of indie locals and touring Americans continued to the end of the year with Cicada, Caneslide, Virginia Reel in May, Jonathan Richman and Chris Knox in June and Peter Jefferies in October and November, the second time with Smog. Agent Orange, Sticky Filth and The Hollow Grinders also checked in.

@Luna gained recognition of a different sort that year when a grey daytime shot of the space featured on the cover of Eye TV’s Birdy-O album.

By then, the clock was ticking and demolition imminent. The venue’s new owners announced a hundred day countdown to destruction. The whole block was slated for redevelopment with the country’s first casino planned for the site. (The empty land was swapped with Auckland City Council property closer to the city’s heart and the casino built there instead.) 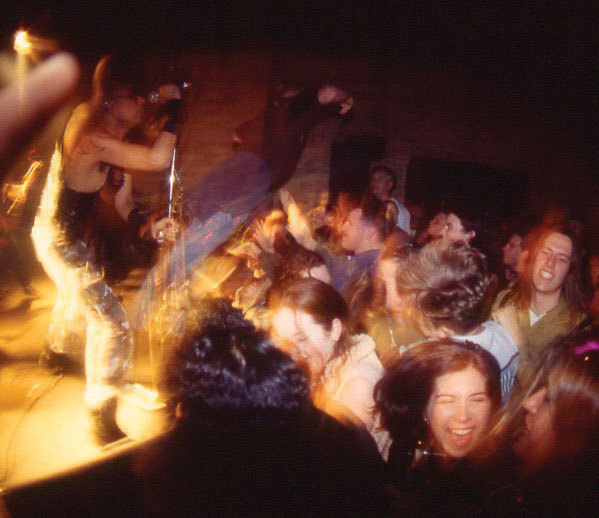 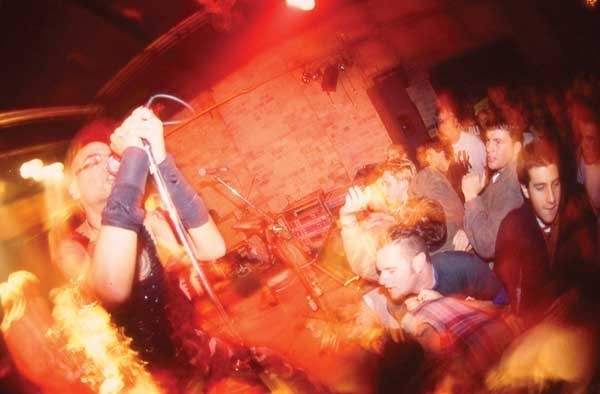 The Hallelujah Picassos at Kurtz Lounge, 1994 - photos by Greg Riwai

Fly by night locals alternated with more established groups such as Two Foot Flame, Peter Jefferies, Lovely Midget and Garageland in the final months of early 1998. A week before the doors closed for good, The Spelling Mistakes reconnected the locale with its early punk days. In the car park next door, my friends Karl and Mac and I watched two pissed westies demolish their own car, one jumping up and down on the roof until it caved in. When his mate objected, he was punched in the face and pushed into the passenger’s seat as his aggressor took the wheel and headed off into the night in the askew car.