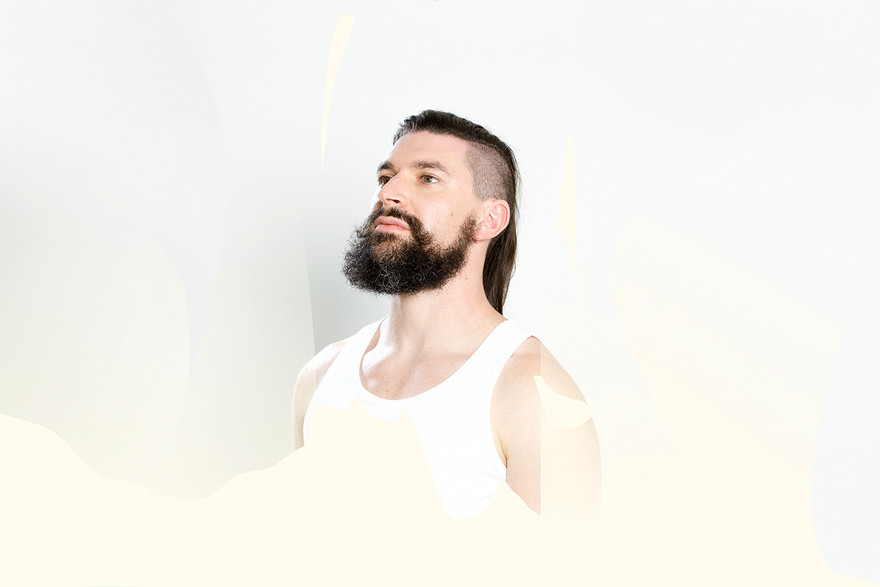 Dudley Benson describes himself as a “queer independent artist based in Dunedin, New Zealand. I make music about nature and nationalism.” This month – after eight years in gestation – his album Zealandia will be released. Earlier albums include The Awakening (2008), Forest: Songs by Hirini Melbourne (2010), and Live Series: Volume One (2011); he has also released several EPs. In 2014 Forest was remixed and rereleased (as Deforestation), and in the same year the Arts Foundation gave him a New Generation Artist award. Benson is a former cathedral chorister with degrees in composition and Maori studies and a deep interest with electronica.

From the 2018 album Top Gear. Stef is a Dunedin-based producer whose work I feel staunchly proud of, and whom I’ve had the fortune of working with and living two steep streets over from. I first heard her work via a perfect bassline on ‘Complex History of a Dying Star’, a song from Bachelorette’s 2006 Isolation Loops album. Not long after, Stef dropped one of the best New Zealand pop songs ever, which has since kind of disappeared: ‘1234’. Many projects later, in 2018 Stef finally released her debut record Top Gear, and it’s beautifully intriguing. Top Gear is monk-like and studious, each track made from one piece of Stef’s collection of sound-making hardware. Despite having a gorgeous voice, Stef largely witholds from using it, focusing entirely on her production skills, respect for the world between analogue and digital sound, and her second-to-none understanding of melody.

Jessica Hansell aka Coco Solid is obviously the most important rapper working in Aotearoa. Her catalogue is immense and always evolving, and it’s clear to me that she’s always been concerned with sharing a minority point of view – whether it be as brown, female, queer, or in the case of ‘Money Talks’ from her 2006 album Gentlemen Prefer Bombz– an artist making it work with no cash. I related to this track in 2006, because I was in the same situation as Jessica: trying to navigate rent and working in a music store, but literally coming up in hives because I knew I needed to be making music. It’s so cool to revisit the album 12 years later, because it’s a reminder that Coco was always world-class, but the world is just taking its time in meeting her halfway. Jessica’s delivery on “I’m working late like Laverne and Shirley” is so good, and naturally my boyfriend and I used to mimic it all the time.

If you’re going to play me a love song, it better be different, or my eyes will roll and never come back. Segue – the boyfriend introduced me to Emma Paki’s work in 2006 or so. I’d known ‘Greenstone’ as a radio single, but not the depth of her songwriting beyond that. A few years later I met the visual artist Tracey Tawhiao in Auckland, who with her partner Danny Haimona aka DAM N8V was working with Emma on producing an EP – her first collection of songs in a while. The Trinity EP came out in 2010, and ‘Solid Love’ leaves me in awe. It’s the kind of love song I want: from the perspective of someone in a tragic and difficult relationship in which three people are involved. It’s so thoughtful, hopeful, deeply sad, and sung in a way that’s almost a shrug of the shoulders. Still hoping for a new record from Emma.

I met Annabel Alpers through a mutual friend in 2004 – the three of us had studied composition at the University of Canterbury but at slightly different times. I moved to Auckland shortly after, and Annabel and I became friends while she was making her 2006 record Isolation Loops. Before that though, there was 2005’s The End of Things EP: seven lo-fi electronic pop songs Annabel had recorded mostly at the University of Auckland. Compared to the music she would go on to write over the next decade, these songs feel like sketches of ideas. That’s what I love about the EP though – its naivety, and the beginning of Bachelorette’s distinctive vocal layering technique that I adore. ‘My Electric Husband’ is a bit like her project manifesto at that tim the picture of this single woman putting her otherwise partner-spent energy into creativity. I’m so happy I got to experience seeing the song performed live, because I get the sense it may never happen again.

I listened to Jonathan Bree’s album A Little Night Music a lot in late 2015 while I recorded the vocals of my new album in Central Otago. I was in this isolated house I found on Bookabach, which I chose because it was so far from any roads it was pretty much silent. Anyway I did have to get out occasionally to find some reception and talk to other people, so I’d drive between towns like Cromwell and Alexandra in the heat, listening to this record. I’m still captivated by it: Jonathan’s nuanced and held-back arrangements are so on point, and produced with this huge sense of space and timelessness. It’s hard to pick a standout track because A Little Night Music is such a consistent and complete album. ‘Time Will Tell’, though, is a fave. It’s dreamy and mournful without being dramatic, and all held together by the stunning line: “Time will tell if we will last longer than a vandal’s art.”

Sometimes before getting into someone’s work, it helps me to know who they are, how they live or lived their life, and what their creative process is. This was my entry into the catalogue of Douglas Lilburn (1915-2001). I was researching the painter Rita Angus (1908-1970) for a new piece I was commissioned to perform by the Auckland Art Gallery in 2009, based on a retrospective of her work. I read Rita’s biography by Jill Trevelyan, and about the complex relationship Rita and Douglas had. This led me to his stylistically varied decades of work, and especially to his later years as an electronic music producer. I don’t come across many people that know this era well, but I think it’s by far the most interesting and enduring. Lilburn pioneered experimental new hardware and sound manipulation techniques throughout the 1960s and 70s, recording to tape in the electronic music studio he set up at Victoria University. ‘Three Inscapes #2’ (composed in 1972, from Complete Electro-Acoustic Works, 2004) is so far ahead of its time, it could be Matmos in the early 2000s. Queer people are so good with technology.

Aotearoa wahine represent us as incredible songwriters. Though she hasn’t released much music, for me Maree Sheehan will always be up there with the best thanks to ‘Fatally Cool’ from her 1996 album Drawn in Deep. It’s that perfect synthesis of a great beat and heartbreaking vocal – tied into this combo-theme of being really into someone and that race shouldn’t be a barrier. Sheehan’s vocal delivery is so poised and withheld; where the temptation might be to belt it out, she just keeps it close to her chest, which I think is much more of a challenge. Whispering sexy lines in a song can be cringey but Sheehan is so natural about it, it’s beautiful. I would love my voice to be as sexy as hers.

With Me – Alcs ft. Casapara

Alcs is an Auckland-based producer whose work I came across on the first two (of four) releases by collective Tubertechno. These records are sharp, succinctly produced packages of electronic dance music that I so recommend. Alcs’s work is casually scattered across these albums, and ‘With Me’ (from Tubertechno V/A – summer tape, 2016) is a highlight. The vocal recording is treated more like sound than anything intentionally used to communicate language, so I have no idea what the song is about. But what I love about it is the clear sense of abandon. ‘With Me’ has a disposability about it that might seem superficial at first, but it’s clear to me that so many decisions within the production have been carefully made. Alcs throws a lot into the song – it’s packed with synth and beat patterns – but it doesn’t feel claustraphobic or arduous. I’m really excited to share a remix Alcs has made for one of my Zealandia singles.

With Me - Alcs ft. Casapara - Bandcamp

beginning: an empty street – rotor plus

rotor plus is a Dunedin-based producer whose work sits in a dark place between field recording, ambience and contemporary classical composition – imagine a more minimal and less-cinematic Max Richter. Though their work isn’t well known in New Zealand, it has a cult following in other parts of the world. I can see why: rotor plus puts an emphasis on slow-burn, detail, abstract storytelling. Their packaging is just as captivating – as part of the project as the sound is. The 2013 album dust was my introduction to rotor plus, and whenever I listen I hear new things, like finding lost things in an attic. ‘beginning: an empty street’ is exemplary rotor plus. I love that it’s an exercise in space and patience – layers of static give way to barely touched piano and strings. I think measure is so hard to get right, but rotor plus understands that restrictions in their work are what make it so captivating.

The waiata of Hirini Melbourne (1949-2003) are the closest that I’ve ever felt to our land being expressed in music. I feel like Hirini’s voice is the earth. It’s so reassuring to listen to, and his waiata create a connection directly between us and nature. Forest & Ocean (2004) is one of my favourite albums – I’ve listened to it for hours, rearranging the songs for my own album, Forest. They’re all deceptively simple and beautiful lullabies to the environment, and ‘Pūngāwerewere’ (recorded 1970s-80s) I love. Every time I see a spider in my bathroom this song comes into my head – which I think, with the survival of te reo Māori, was Hirini’s intention. To think of our world in a different way, to care for it more.