f t
Dam Native’s first album, Kaupapa Driven Rhymes Uplifted (1997), is widely considered one of the best hip hop albums ever to have come out of Aotearoa. The lyricism of lead rapper Danny Haimona (aka Danny D) fused hip hop attitude with a deep knowledge of Tikanga Māori and he fronted a live crew that sometimes extended out to a dozen rappers, singers, musicians, and breakdancers.

Haimona grew up in Island Bay, Wellington, and one of his childhood friends was a young Jon Toogood (pre-Shihad): both played cricket and made the local rep team. However, when Haimona was 13 years old, his father moved the family to Auckland for his work. The sudden move left Haimona feeling disconnected and listless. He was hanging around Aotea Square in Auckland’s CBD one day when he happened to meet DLT and Teremoana Rapley, who had moved to the city as part of Upper Hutt Posse. Coincidentally, the pair happened to live in the same part of town (Mt Eden) and became mentors in the years that followed. They also introduced Haimona to master carver, George Nuku, who often let the youngster stay at his house.

A spark had been lit – He ahi kā – and Haimona began MC’ing as “Danny D/Hype the Native” and joined with DLT and Rapley to form Native Bass around 1990, along with another former Upper Hutt Posse member, Bennett Pomana (aka B-Ware). They quickly made a name for themselves, playing regularly in the city and doing high-profile support slots, including opening for Public Enemy and Ice T at Auckland Town Hall.

However, there was already a group in Wellington called Tribal Bass so they decided to avoid confusion by switching their name to Dam Natives (Dam originally stood for “Dope Ass Māori”). DLT eventually left the group to focus on his DJ career, but the line-up continued to grow over the years, adding members such as Bryson Campbell and Hone Manukau.

Haimona’s first appearance on an official release was a guest rapper on ‘Relay’ by Urban Disturbance.

Yet it was a difficult time to get decent recording done – studios were expensive and few studio engineers understood hip hop. Haimona’s first appearance on an official release was on the track ‘Ram Dancehall’ which was put out on 12" and cassingle by on Deepgrooves Entertainment in 1992. The group was listed as Sound Foundation (made up of Haimona, Tuffy Culture, DJ Dubhead and Angus McNaughton) and also featured on the Deep In The Pacific of Bass compilation. Through this Deepgrooves connection, Haimona also appeared as a guest rapper on ‘Relay’ by Urban Disturbance (from their album, 37 Degrees Latitude, 1994) and began working with that group’s beatmaker, Zane Lowe. The pair set up for long hours in Lowe’s home studio, though eventually moved to the MIDI studio run by Kane Massey (owner of Deepgrooves) and then to The Lab for mixing (with Chris Sinclair engineering).

In October 1995, the group’s first single, ‘Hor-ified One’, was released through Tangata Records (though the act were known by this point simply as “Dam Native”). Teremoana Rapley supplied a soulful chorus line, while the verses showcased Haimona’s uniquely local rapping style:“Classified as a hori as far as my head can remember back / have to grab my patu – ti ha! – have to send you back.”

It was a student radio hit and the accompanying music video, by Rongotai Lomas and Tracey Tawhiao, went on high rotate on Max TV in Auckland and aired on network television.

During 1995, Haimona also appeared on Moana and the Moahunter’s anti-smoking single, ‘Give It Up Now’, while Teremoana Rapley and Bennett Pomana took up new jobs as presenters on the TV show Mai Time.

It took another 11 months until Dam Native were able to release their second single, ‘Behold My Kool Style’. On this track, Haimona pushed Lowe to take his jazz-influenced production style in a heavier direction, with a big beat and lots of scratch breaks by Manuel Bundy. It was the perfect bed for Haimona’s growing confidence as a lyricist: “I stop the sun up, just like legendary prophet god, son of Papatūānuku: Māui, to make the days longer / Erupt, I run up like Ruaumoko, king of volcanoes / Commotion like it was The Springbok Tour / The only one representing my hori ways / Tautoko te mahi o tēnei ra just about every day.”

Dam Native were now at the forefront of the local scene and kept up a hectic live schedule, supporting international acts Cypress Hill, Spearhead and Fun Da Mental. They often performed with their own b-boy crew, the Dam Native Breakers, which included two breakers from legendary Auckland outfit Megazoids, active since 1982.

In July 1996 the local rap scene was given a boost when ‘Chains’ by DLT featuring Che Fu hit No.1 on the New Zealand Singles Chart. After hearing it, Haimona reassessed the work he’d done on his own album and decided he needed to up his game to match this new benchmark. His first step was recording his next single, ‘The Son’, at York Street’s Studio 2 and getting Che Fu to appear on it. The beat was provided by Andy Morton (aka Submariner) and the track  featured verses fronted by Pomana and Campbell.

‘The Son’ was shown almost hourly on Max TV and became another student radio hit, which helped it to No.25 on the local charts. However, Haimona was frustrated that the city’s biggest hip hop station, Mai FM, refused to put it on their playlist. By this stage, he was 24 years old and had recently had a daughter, so it was increasingly frustrating trying to keeping Dam Native group going without the support of commercial radio. The group took sponsorship where it could, eventually arranging deals with Swanndri, Blundstone, Tredlite, and NZ Safety.

Haimona struggled forward, joining producer Zane Lowe for long hours in the studio to create his masterpiece, Kaupapa Driven Rhymes Uplifted (1997). Local hip hop simply hadn’t produced a more solid work up to this point – every rhyme delivered with conviction, every beat world class. The cover art grabbed your attention, with Haimona holding out a tokotoko (carved walking stick) from the darkness, while Pomana reached out from below him. Inside, there was a striking illustration of a Māori warrior holding a mic in one hand and a Tewhatewha in the other.

The music industry recognised the album’s power at that year’s music awards – Haimona won Most Promising Male Vocalist and Dam Native was awarded Most Promising Group.

Dam Native remained busy on the live circuit, playing WOMAD in 1997, Sweetwaters 1999, and the Big Day Out in 1998, 1999, and 2006. They also performed in Australia, notably as part of the Big Day Out tour and for the Sydney Olympics in 2000 (performing simply as two rappers backed by an acoustic guitar).

During the first decade of the new millennium, Haimona became increasingly interested in the idea of playing with a full live band. He’d already played shows with longtime collaborator Bryson Campbell on guitar and now added Pirimia Falwasser (aka NBV 612) on backing vocals, Tom Atkinson (Tomachi) on drums, Jo Keating (Jo Jo) on bass, and Timothy William on keyboards. In 2008, the band line-up of Dam Native appeared at the 10th Pacific Festival of the Arts in Pagopago (Samoa), at the Tainui festival, and at Te Papa museum in Wellington.

This group was also at the centre of Dam Native’s next album, Aotearoa … Nobody Does It Better (2010), released through Heart Music. A classic hip hop feel was added through scratching/samples provided by DJ CXL (Ill Semantics) and DJ Furious. A lot had changed in local hip hop in the 15 years since the group’s previous release, but the old fire was still apparent on in-your-face efforts like ‘Lick My Patu’, ‘Only You’, and ‘Whakarongo Mai Nei’.

Haimona’s presence on the scene decreased in the years that followed, though the Dam Native Band continued to play shows as a separate entity without him (adding Thomas Kani Kani on guitar and Jo Kopua on percussion). However, Haimona did feature on the track ‘Pioneers’ by young rapper Tipene in 2015 – shown on the video alongside Upper Hutt Posse founding members DLT, D Word/Te Kupu, and MC Wiya.

Even 20 years later, the power of Dam Native’s breakthrough track, ‘Behold My Kool Style’, remains undiminished. In 2016 it was named by Noisey/Vice amongst the “10 Best New Zealand Hip Hop Tracks of All Time”. Even on the strength of this track alone, Haimona deserves his place of mana as a legend within the local hip hop scene. 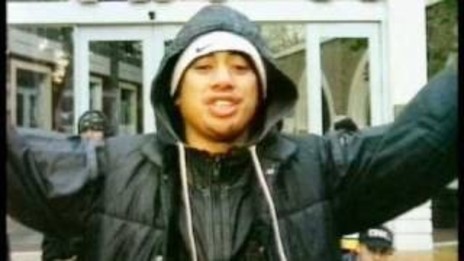 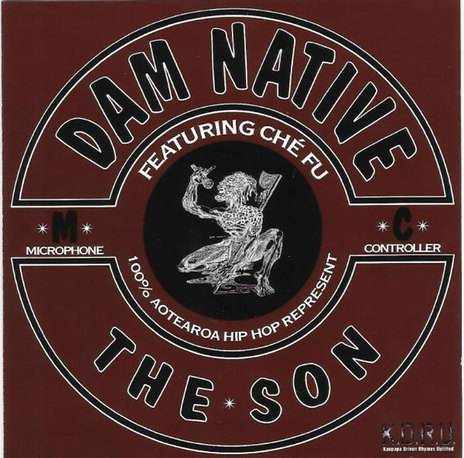 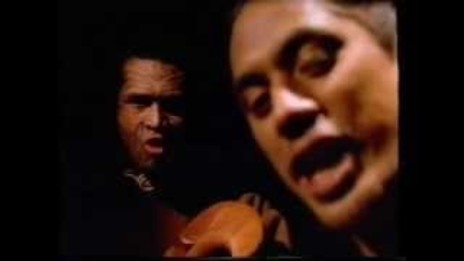 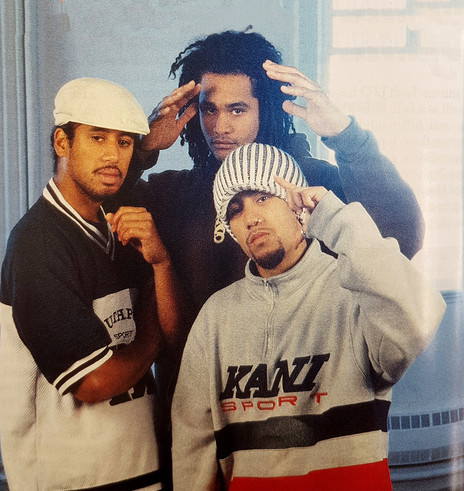 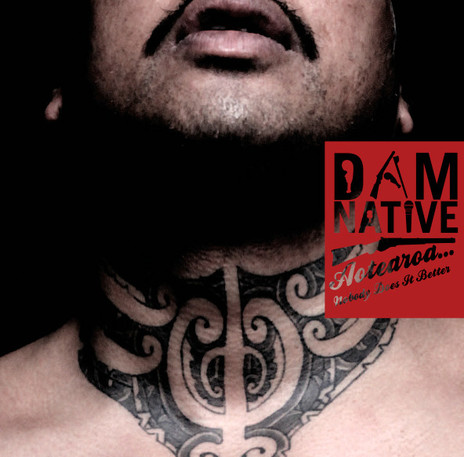 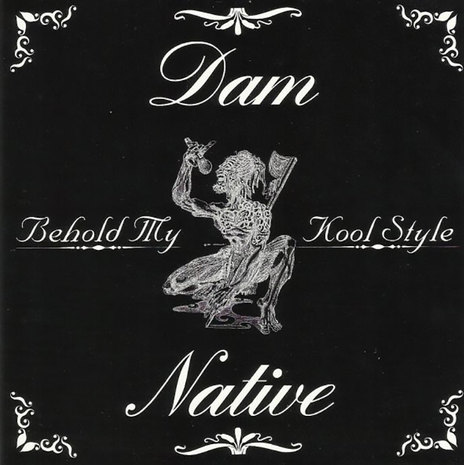 Behold My Kool Style, a 1996 single from Dam Native
ImageableImage 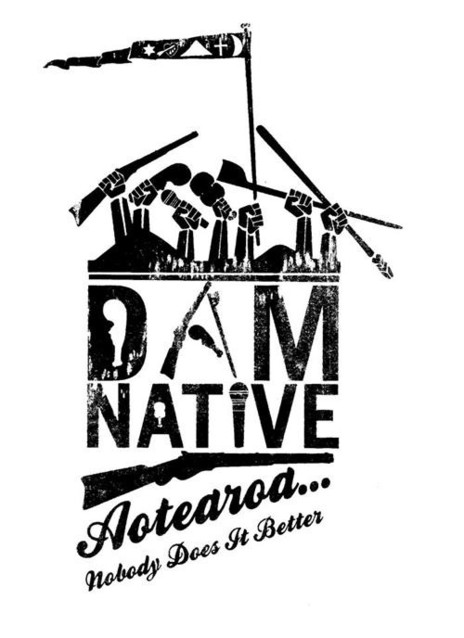 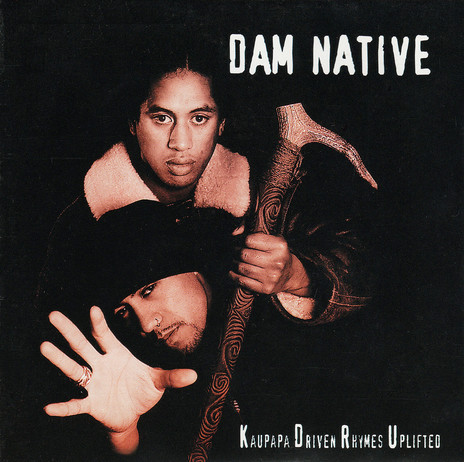 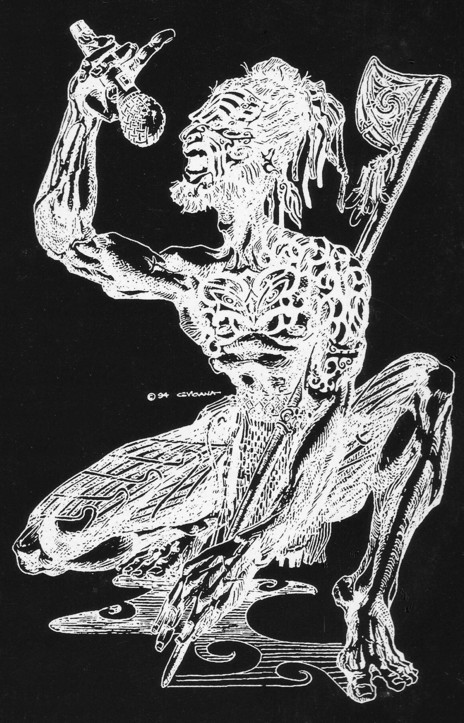 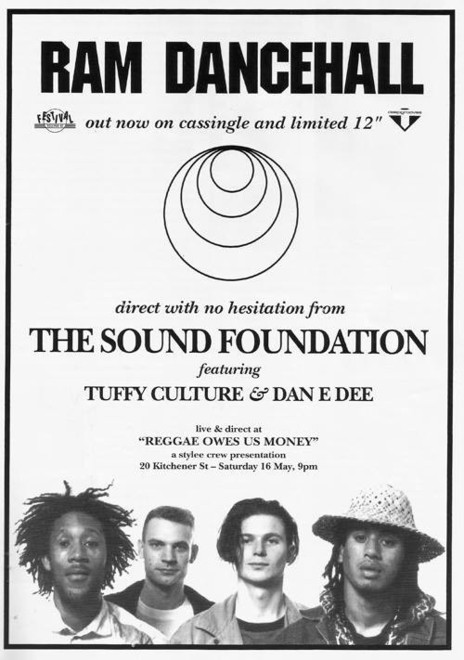 A poster to promote the Ram Dancehall single and live event with Danny D aka Dan E Dee on the right.
ImageableImage 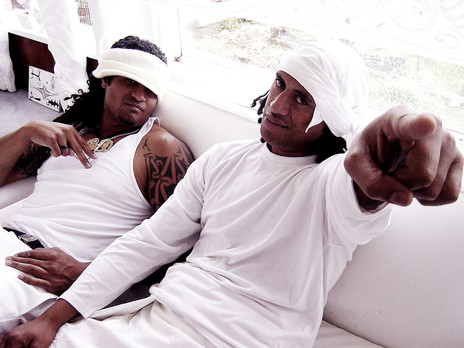 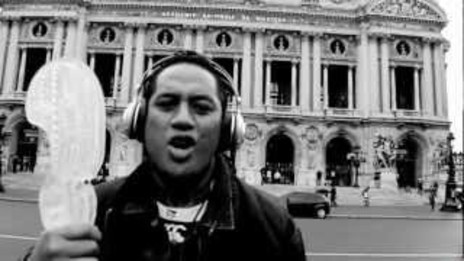 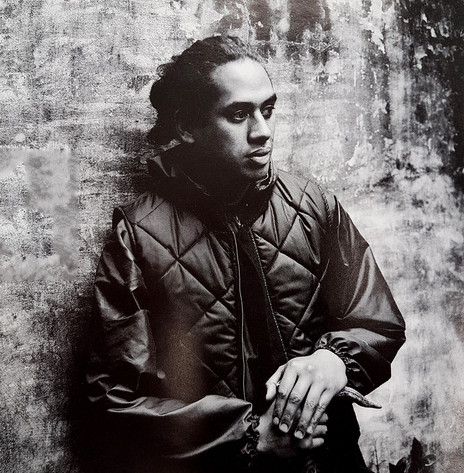 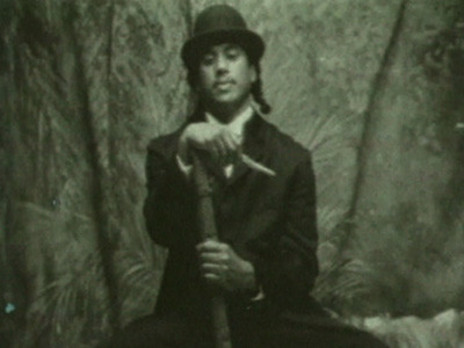 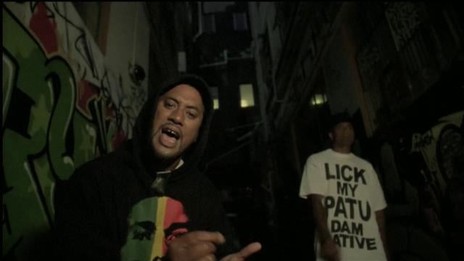 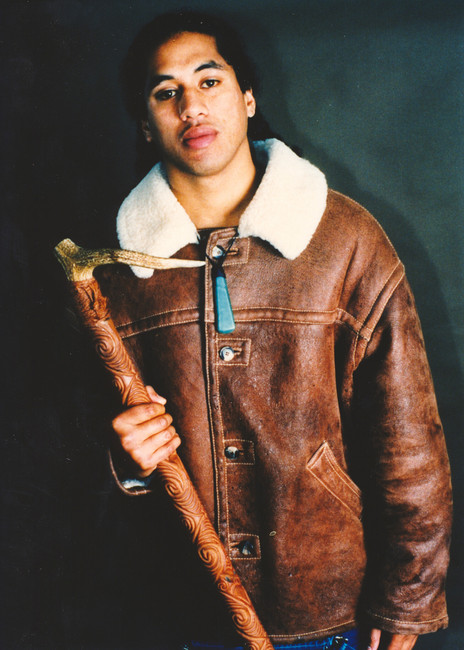 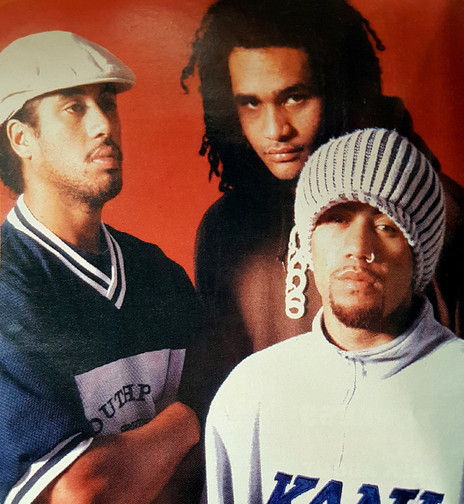 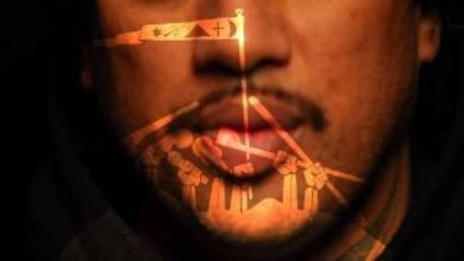 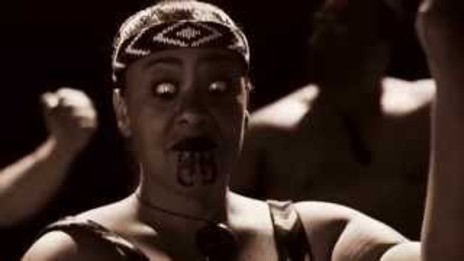 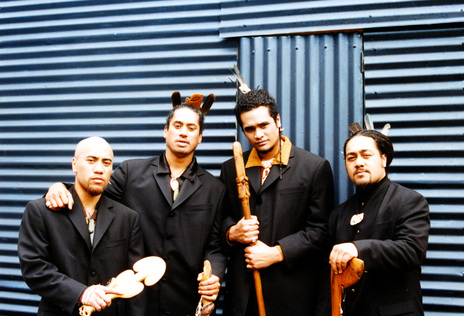 Dam Native remixed the Emma Paki song ‘Standalone’ in 2003 and Haimona added rapped verses to the track. This version was released as a single with an accompanying music video featuring Haimona.