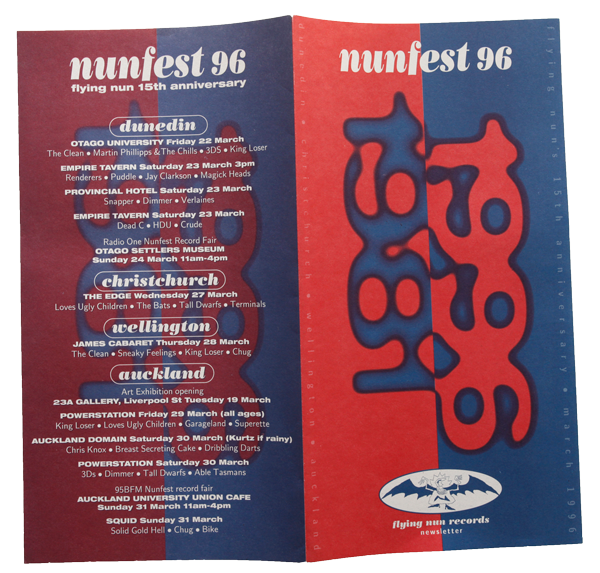 Nunfest 96 was the 15th anniversary celebration of the Flying Nun label and gigs were held all over the land.

It was already a tradition of sorts: the label had celebrated its 10 year anniversary in 1991. There were shows at the Powerstation in Auckland and Sammy’s in Dunedin. Flying Nun collector cards were issued along with the limited release cassette-only Roger Sings The Hits, where Flying Nun acts Jean-Paul Sartre Experience, Able Tasmans, Straitjacket Fits, Chris Knox, The Bats and David Kilgour covered songs by other artists on the label.

In 1996 the label planned another celebration, starting with a big show in Dunedin at Otago University on Friday March 22 (King Loser, The 3Ds, Martin Phillipps and The Chills, The Clean). Other shows followed on Saturday March 23 with two gigs at the historic Empire Tavern and a third at the Provincial Hotel. Rarely seen bands performed, including Snapper, The Dead C and The Puddle.

It was an all-you-can-eat feast from the label and media from around the world were here for a taste.

The celebration headed north; there were gigs in Christchurch and Wellington before another weekend of gigs in Auckland, where an art exhibition was also held. It was an all-you-can-eat feast from the label and media from around the world were here for a taste. It was also a hell of an undertaking for a small (though hugely significant) label and only the most ardent fan would have tried to see it all. The show billings are all listed on the above newsletter and programme.

Most of the photos below, taken by former Flying Nun staffer Natasha Griffiths, are from a fairly exclusive event, the Flying Nun private party, held on Sunday March 24 at the Empire Tavern. It was quite incredible to me as an outsider. Auckland-born and raised, I was playing bass for Martin Phillipps and The Chills at the time. I was made to feel welcome and introduced to lots of people, but it was still a bit of a fly-on-the-wall experience. “If Peter [Gutteridge] comes up to you and starts talking about his guns, don’t freak out,” I was advised by a grinning David Kilgour. Players from many of the acts, some of whom had achieved near-mythical status to music fans, had gathered to mingle and catch up with old friends. It was a very special evening.

The highlight of the evening was an exceptional live set, courtesy of Graeme Humphreys from Able Tasmans, who played keyboards and sang lounge versions of Flying Nun classics. It became a game amongst those watching and listening to try and identify each song before he hit the chorus. It’s Graeme’s version of the Straitjacket Fits song ‘She Speeds’ that sticks with me most.

Visually, it was quite bizarre. Whether intentional or not, Graeme seemed to be channelling Robert De Niro’s Travis Bickle character from Taxi Driver, and went as far as smearing fake blood – tomato sauce, I’m told, no doubt from a stray cheerio – on his forehead. He ended the evening by having a wee lie-down under the keyboards. It was, after all, a big weekend.

Over the years I’ve recounted this event many times. My memory hinges on Graeme’s performance, so I was delighted to see these images. Big thanks to Natasha Griffiths for sharing them with AudioCulture. 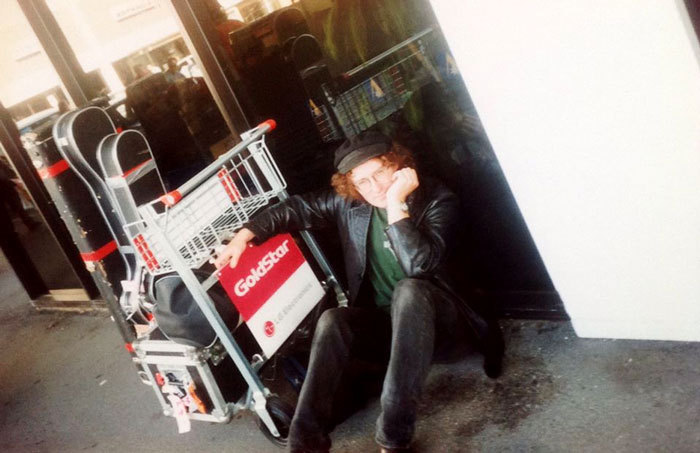 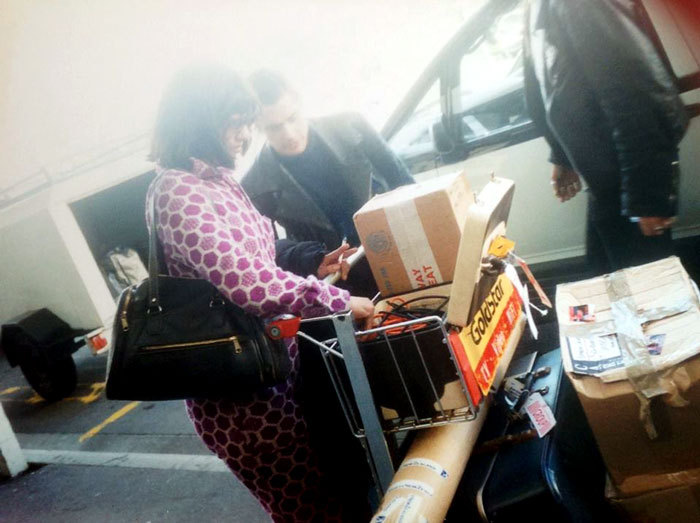 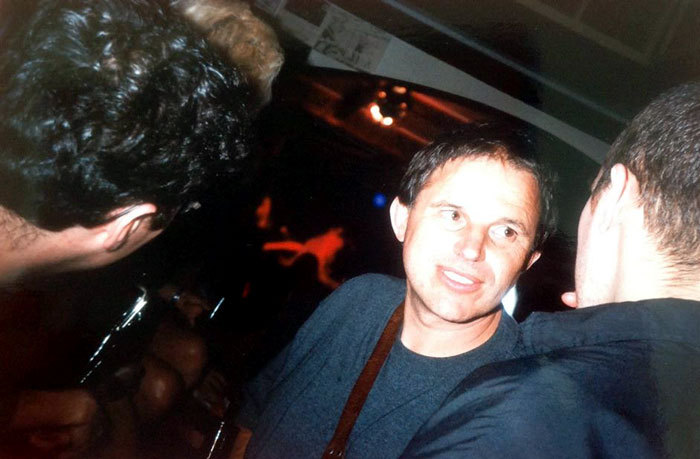 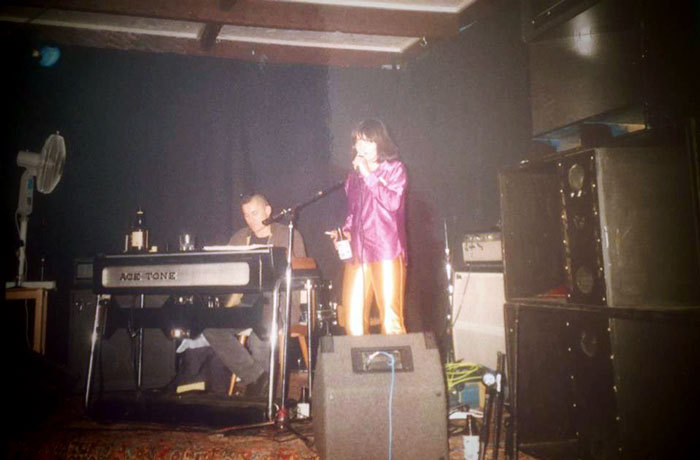 Graeme Humphreys and Celia Mancini at the Empire, Dunedin, March 1996 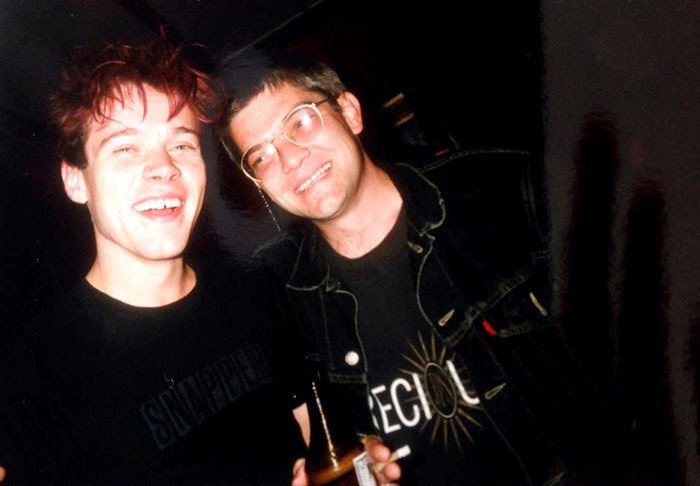 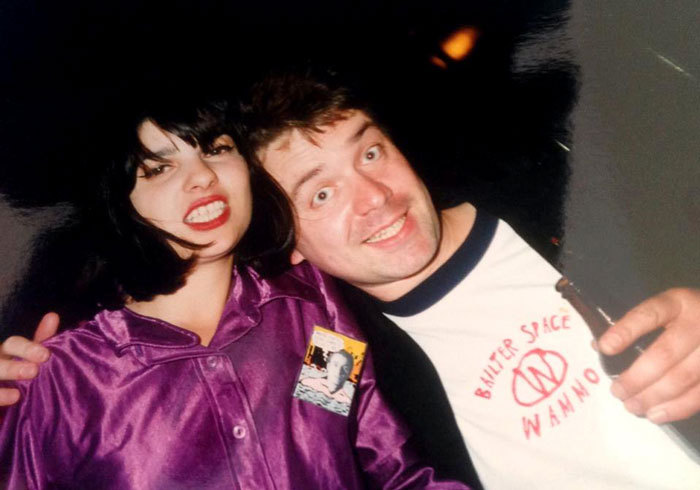 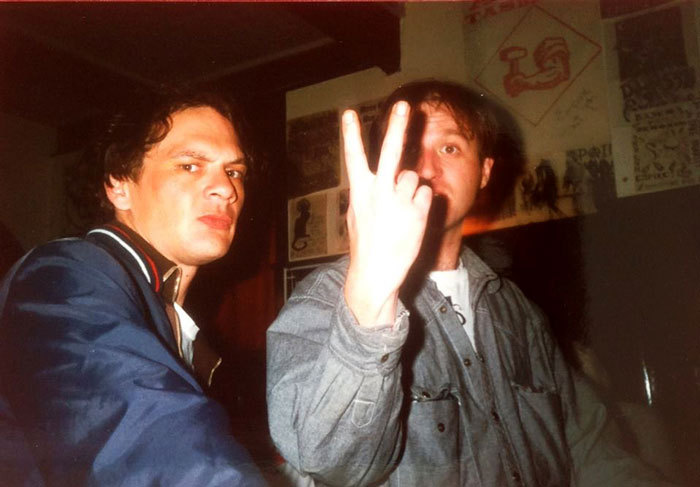 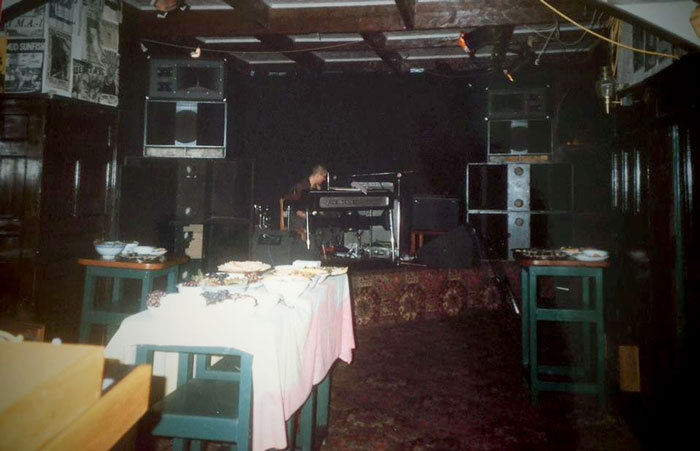 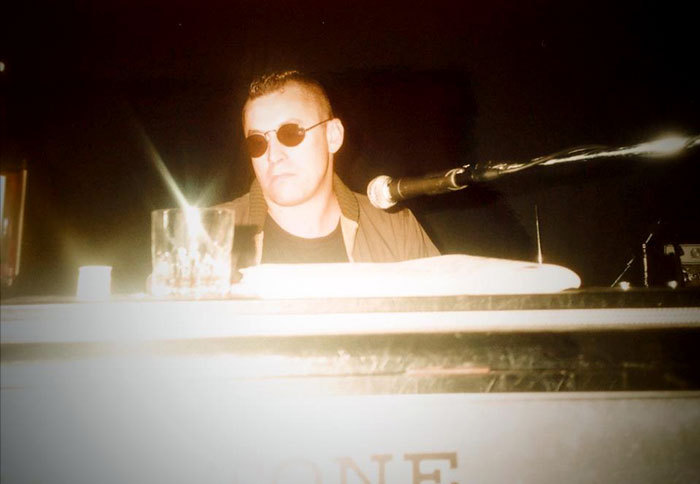 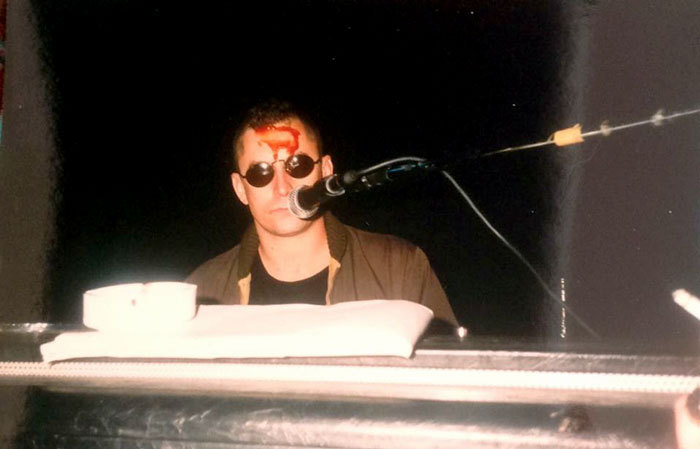 Nunfest catches up to Graeme Humphreys 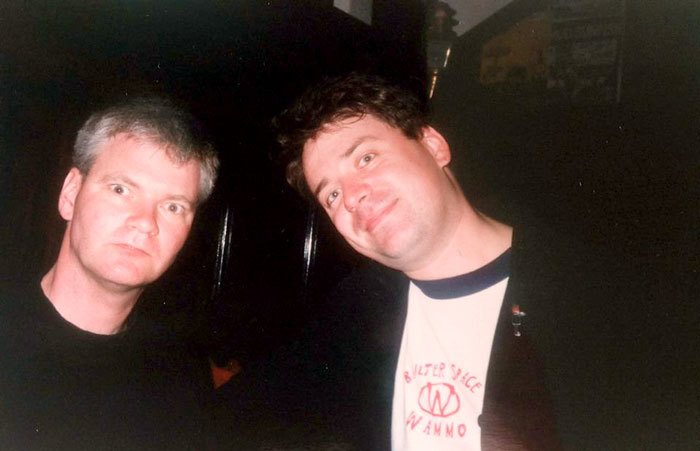 The Puddle performing at the Empire, Dunedin 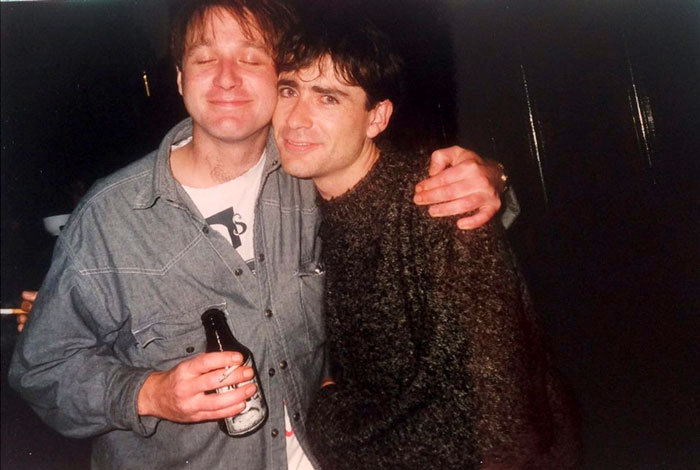 All photos by Natasha Griffiths, used with permission.