A Day in My Mind's Mind is a series of CDs encompassing the New Zealand psychedelic music scene from 1966 to 1972.

The first three volumes were released by EMI New Zealand between 2005 and 2008 while under the helm of Chris Caddick and Thierry Pannitier. As reviews started coming in it quickly became apparent that this was a special release documenting an important genre and period of local music history.

The fourth volume was released by independent reissue label Frenzy in 2014, and a fifth volume in 2019. Unfortunately the first three volumes were all deleted in early 2014, just prior to the release of Volume Four.

To celebrate their 33 1/3rd birthday, Real Groovy Records in Auckland approached the series producer Grant Gillanders to compile a “best of” double vinyl edition, to be released on November 22, 2014. 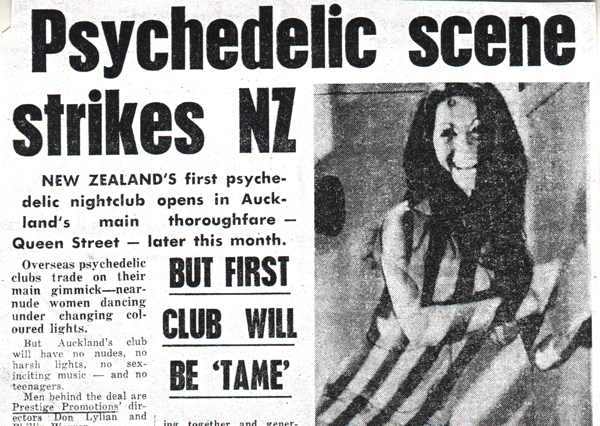 The dictionary describes psychedelic music as, “A style of rock music popular in the late 1960s that was largely inspired by hallucinogens, or so-called ‘mind-expanding’ drugs such as marijuana and LSD (lysergic acid diethylamide, also known as ‘acid’), and that reflected drug-induced states through the use of feedback, electronics, and intense volume.” 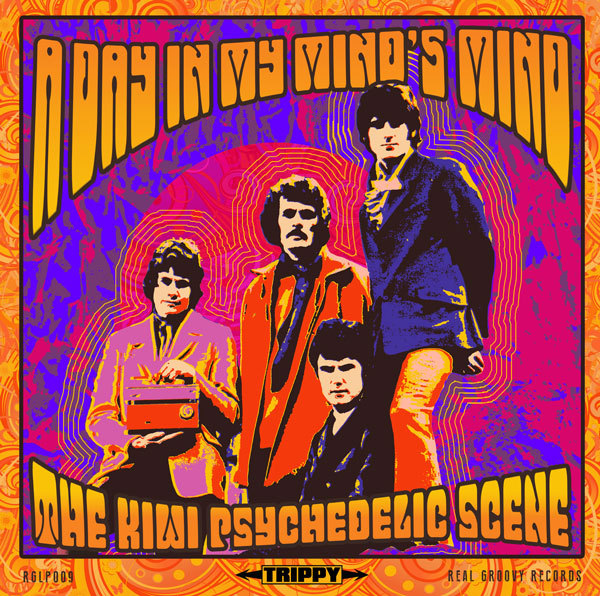 The above definition may be correct for the rest of the world, but our isolation meant that in early 1967 as Planet Earth was turning on and tripping out to a wild new post-pop music genre emanating out of London, San Francisco and Los Angeles, the drug influenced experimental psychedelic scene in New Zealand had to make do with very little of everything.

To get a hold of illicit drugs in New Zealand (the last stop before Antarctica) you either had to know a sailor or a friend of a sailor, while LSD was something that we could only read about in overseas magazines. 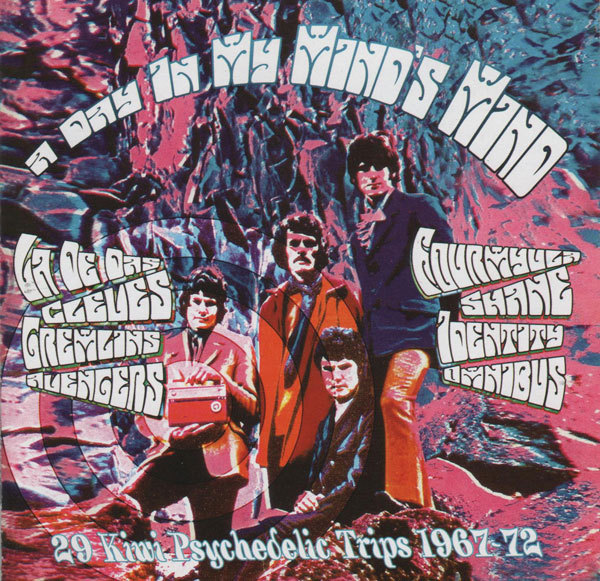 Local folk singer Bryce Peterson, who had a penchant for writing children's songs, started experimenting with LSD during 1964/5. In mid-1967 he formed the group the House of Nimrod as a vehicle for his drug influenced songs. The group’s first single was 'Slightly - Delic', a song that Bryce had written several years earlier about his LSD experiences. The group released one more single, 'Psychothartic', in early 1968 before Bryce left the group that he had started to write and record a children's opera.

He approached local all-girl group The Fair Sect to record some of the songs that he had written, but they didn't think much of him or his songs and told him to sod off. 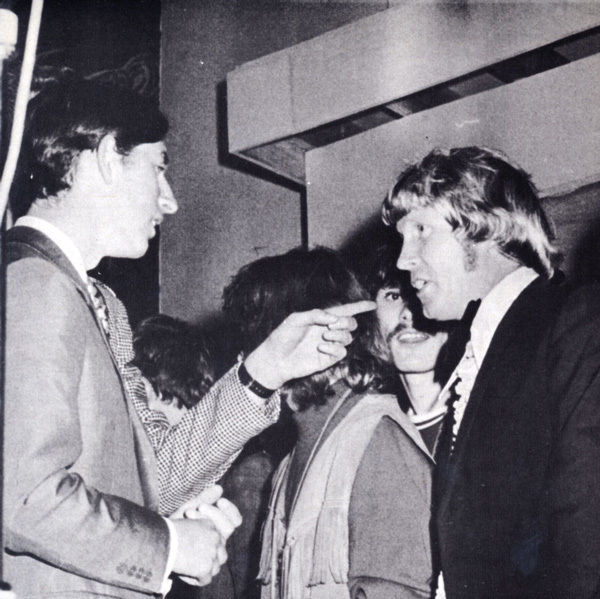 A decidedly re-invented and hip Lew Pryme hangs with royalty

Bryce then made contact with local pop singer Lew Pryme. “It was early 1968 and I was writing songs for a pop opera for kids. Lew had performed in a few pantomimes and offered to help me. He came around to my pad one day while I was playing this song that I had written a few years earlier called 'Lady LSD', it was based on my first LSD trip. Lew absolutely flipped over the song and begged me to let him record it, I said yeah sure Lew ... but it's about LSD!!! He didn't think that it would be a problem as he was keen to break away from his peroxided pop star image.”

Word soon got around that the song was indeed about an LSD trip.

To avoid any controversy the song was renamed 'Gracious Lady' and Lew recorded it shortly afterwards.

Word soon got around that the song was indeed about an LSD trip, with the Auckland Star labelling it as possibly the most controversial disc ever produced in our country. The same article went on to describe the song as simple, beautiful, mellow and graceful while the lyrics had a fragile, sugar-candy beauty.

The song was deemed suitable for airplay by the NZBC (a big surprise) and pirate radio station Radio Hauraki, while the new kids on the block, Auckland's Radio i, banned it amid a sea of headlines and controversy.

A short time later in a radio interview on the nationally broadcast network ZB, Lew admitted to Woman's Hour host Sonia King that he had indeed taken LSD as an experiment to help with ideas for his and Bryce's kid’s pop opera, which didn't go down too well.

This was to be the end of Lew's brief flirtation with the more progressive side of the music world and he quickly returned to the safer environs of the pop and cabaret world. His next single was a very safe version of The Herman's Hermits song 'There's A Kind Of Hush'. Bryce eventually recorded a collection of children's songs in the early 70s including his chorus-less version of 'Slightly - Delic', which appeared on A Day In My Mind’s Mind Vol 4. 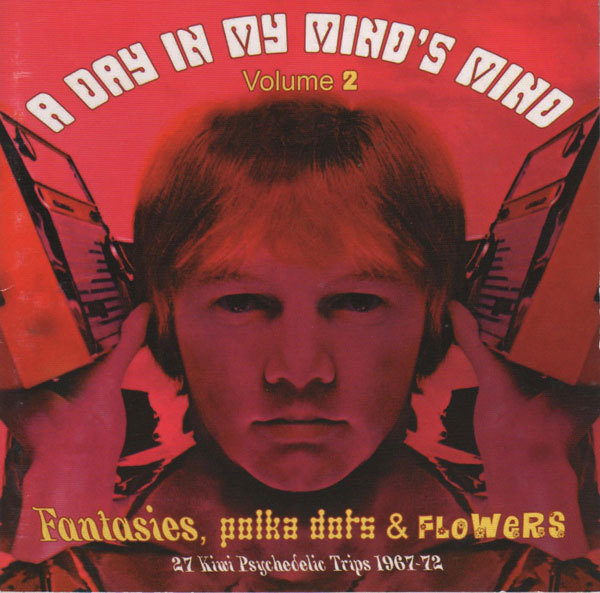 Bryce wasn't the only local musician to envisage a pop music opera. While Pete Townshend was putting the final touches to his mini rock opera A Quick One in late 1966, The La De Da's were riding high on the local charts with 'How Is The Air Up There'. Group members Trevor Wilson and Bruce Howard were planning to write a pop opera called The Happy Prince, based on the Oscar Wilde story. The project was temporarily put on hold as they began work on their second album before heading to Australia in May 1967. 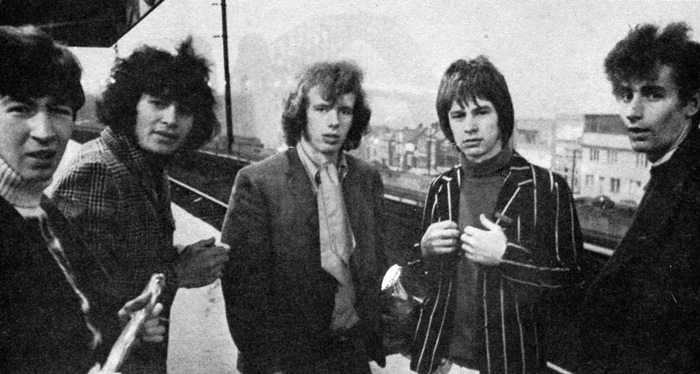 The La De Da's just after they arrived in Sydney, May 1967 - Photo by Rodney Charters

By October 1967, Trevor and Bruce had managed to write half of the songs, which they previewed to an appreciative audience at Auckland's Galaxie Nightclub on their return home from Australia.

The group returned to Australia shortly afterwards for an extended stay with new drummer Bryan Harris, who picks up the story of The Happy Prince's evolution: "We were working hard in Sydney and Melbourne and also practising The Happy Prince. By late 68 we had recorded a demo version and signed a deal with the independent label Sweet Peach. They pulled out of the deal which left us in the lurch and caused a lot of friction within the band, with me being booted out and replaced by ex-Wild Cherries drummer Keith Barber."

Just prior to Bryan's departure the band played the opera in front of UK based Australian promoter Robert Stigwood, possibly in an attempt for funding and the possibility of a stage version. Bryan Harris: "We were on fire that night, I recall us warming up the invited audience with a heavy version of 'More' then, bang straight into 'The Happy Prince'. I seem to recall Liza Minnelli being there that night as well."

The band eventually talked EMI Australia into recording the album in January 1969. It was eventually released in April 1969 to unanimously good reviews, but it was only a moderate seller. The band were approached with a view to stage the 'Happy Prince' but out of frustration at its lack of sales success decided to let go of a project that had taken a toll on the group over the preceding 30 months and head to the UK instead.

Even though he was no longer a member, Bryan Harris was also disappointed. "I can still hear those long lost original demos in my head, and they sounded so vibrant and soulful in comparison to the released version, you can tell that they were rushing it, maybe to finally bed down this all encompassing monster that they had created – in my opinion they overcooked it.” 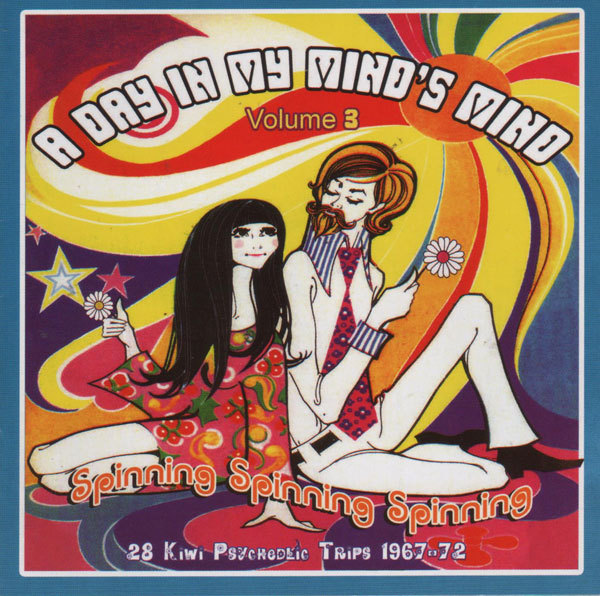 In late 1968 The Gremlins were starting to realise that maybe their time was nearly up as the musical landscape started to change around them. In a last-ditch attempt the group put together a synopsis for a made-for-television psychedelic pop opera based on the people in the fictional town of Kingsforth Hemingseem. The group recorded the title track as a single and submitted their synopsis to the NZBC, who in their short one-sentence rejection letter ended the group’s aspirations and career. 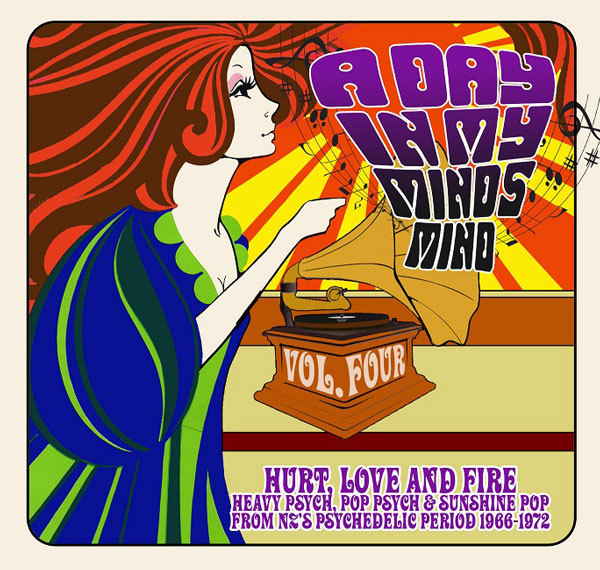 With a limited amount of homegrown psychedelic/pop art to choose from for the front covers, it was decided to adapt some of the period advertising imagery

While all of this exotic mind expansion and studio innovation was producing some amazing records in America and England, down here in middle of the South Pacific we had to make do with what we had.

The Northern Hemisphere summer of love was our middle of winter, but we can be an industrious lot, our musicians especially so. 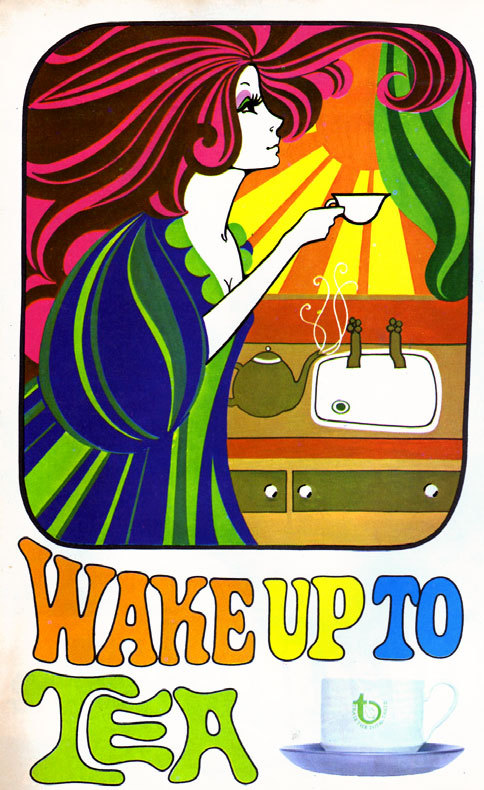 The La De Da’s placed their hands under their armpits and made a squelching noise to give the record its desired effect.

By international standards our recording studios were basic and small, although our producers and engineers were of a high quality and were learning quickly. With little in the way of studio effects to choose from and needing something else to embellish the guitar solo on their 1967 hit 'All Purpose Low', The La De Da’s placed their hands under their armpits and made a squelching noise to give the record its desired effect. The track didn't sound out of place as it slid past Traffic's 'Paper Sun' and sidled up next to Procol Harum’s 'Whiter Shade of Pale' as it moved up the New Zealand Hit Parade during our winter of love.

Psychedelic light shows had become an integral part of the international live scene and proved no problem for The Gremlins, who made their own flashing lights which were activated by a foot pedal attached to the kick drum. As group leader Glyn Tucker recalls, "Looking back now, I shudder to think what would have happened if I had hit the floor switches and there had been a short circuit in the wiring. With 230 volts pumping through, we’d probably have killed ourselves and burnt down the hall.”

The Hi-Revving Tongues were another group who took the DIY approach. As group member John Walmsley explains, "I always did well in chemistry at school so I made a smoke machine and small bombs to set off during our act. The smoke machine used burning Macrocarpa leaves, which generated a thick but pungent smoke. We often had mock exploding amplifiers using powder that was similar to the flash powder used by early photographers and we had a tape deck with World War II sound effects of explosions and machine gun fire. One night with a full crowd, we decided to let everything rip at the end of the show. After the smoke had cleared we could see that the hall was just about empty." 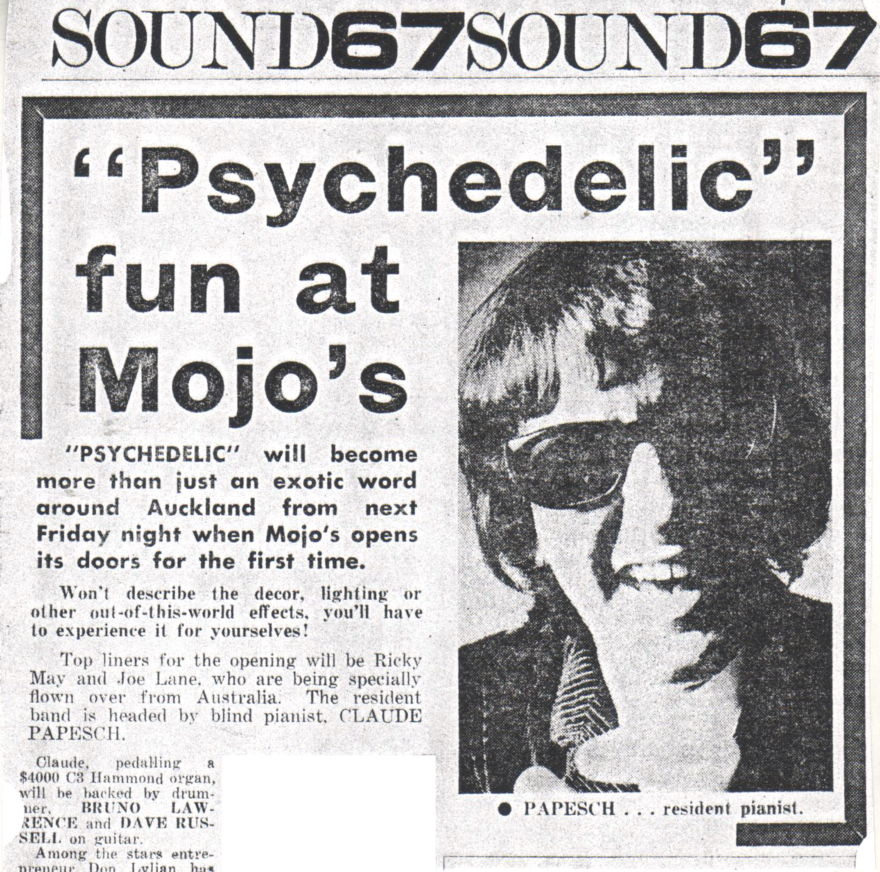