f t
Standalone unique in a scene that bred unique, and certainly the most visually adventurous of all the second wave punk bands who gathered around Auckland's punk-central venue Zwines in 1978, The Idle Idols have a deserved place in the era’s folklore beyond their short life span and their early halting musical prowess.

Although they didn’t release a record, a live performance of their song ’Innocent Bitch’ was captured in June 1978 at a Wellington Town Hall show called New Wave Special 78 for an Eyewitness punk special, also featuring The Scavengers, Suburban Reptiles and Rooter (who would morph into The Terrorways), and it was featured on Radio With Pictures.

Media was quick to cover the Idle Idols and the morning after arriving in Wellington they were gracing the pages of the The Dominion newspaper. For the Eyewitness interview they opted to answer questions while huddled together in a bed.

Paul Gibbs had attended Elam Art School at the same time as several Split Enz members including Noel Crombie and Phil Judd, and later RipItUp co-founder Murray Cammick, and by late 1977 he had an informed musical palate and a thirst for the latest UK and US punk sounds and was a key part of the small Auckland punk scene which evolved that year, centered around The Suburban Reptiles and The Scavengers.

As 1977 moved into 1978 many members of this close knit community were forming their own bands and Paul's The Idle Idols were one. The opening of Auckland's Zwines punk venue in March 1978 provided a stage and a home these second generation acts.

Other founding members of The Idle Idols were Jamie Jetson on guitar (real name Julie Curlette) and Sandra Jones, who joined Gibbs on vocals.

Jamie Jetson was a dynamic figure within the early Auckland punk scene before joining the Idols. Sandra Jones too was a face in the scene, and at one stage Suburban Reptiles drummer Buster Stiggs was her boyfriend. She had grown up surrounded by alternative lifestylers in the stalls of Cook Street Markets, which was owned and run by her parents, Brian and Ronni Jones. Cook Street Markets had long been a hub for musicians and Brian also managed Street Talk and was a partner with Island Of Real owner and Th'Dudes manager Charley Gray in Muchmore Agency.

Leonie Batchelor and the late Shona Bruce rounded out the group on bass and drums respectively, and were arguably the most musically proficient players in the band. Ronnie Recent (Brendan Perry), bassist and vocalist with The Scavengers, and Jimmy Juricevich, guitarist with The Stimulators, also performed with the band.

The Idols’ influences ran from The Who to Iggy Pop and Blondie and their cover versions included ‘Police & Thieves’ by Junior Murvin, ‘Ca Plane Pour Moi’ by Plastic Bertrand, ‘Hippy Hippy Shake’ by The Swinging Blue Jeans and a much loved version of Roxy Music's driving 'Editions Of You' which featured a shimmering and shaking Sandra Jones vocalising many of the original's keyboard elements.

At times gloriously chaotic, but rarely less than utterly mesmerising, with a devoted following, The Idle Idols were regulars on the stage at Zwines in Durham Lane West throughout 1978 and their name, along with many of the other early Queen City punk bands, could still be seen tagged onto a wall outside the shuttered venue into the early 2000s – before the Auckland City Council "cleaned it up".

The Idle Idols also played at The Windsor Castle, Parnell, with The Enemy, and The Gluepot with Mi-Sex, as well as gigs at Disco D’Ora in Newton Rd, The State Theatre in Symonds Street, the Classic Cinema, and the HQ Rock Café in Upper Queen Street.

As the original punk scene slowly dissipated at the end of 1978 so did The Idle Idols, with Paul Gibbs eventually moving to the UK and Sandra Jones, Leonie Batchelor and Jamie Jetson to Sydney (Jones and Jetson then also moved to the UK although both returned to New Zealand). 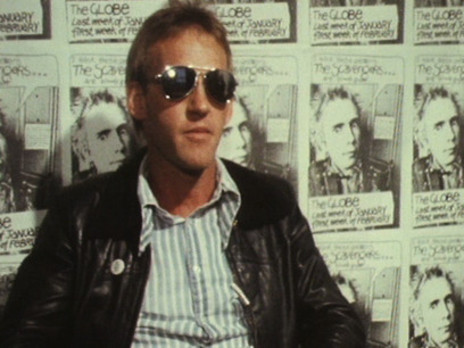 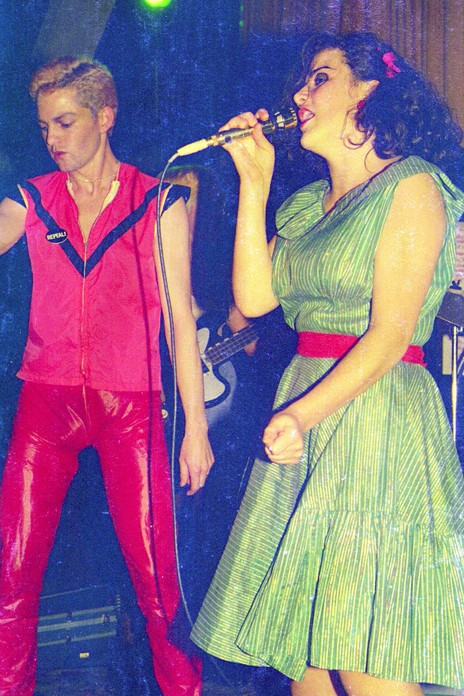 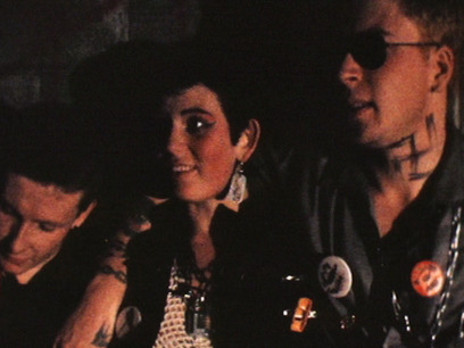 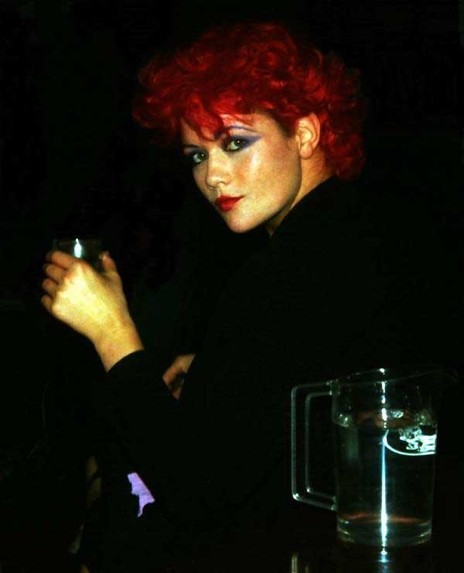 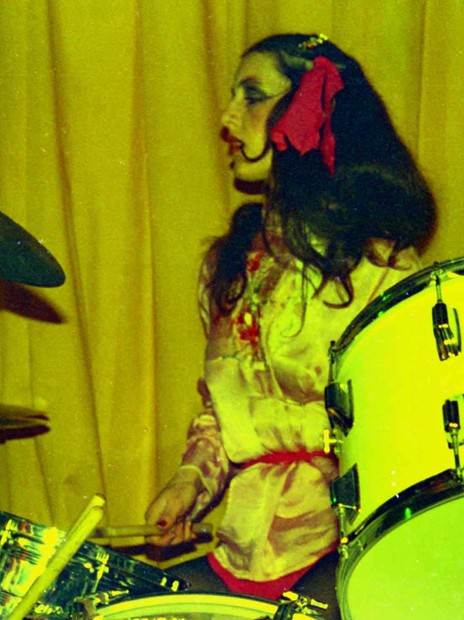 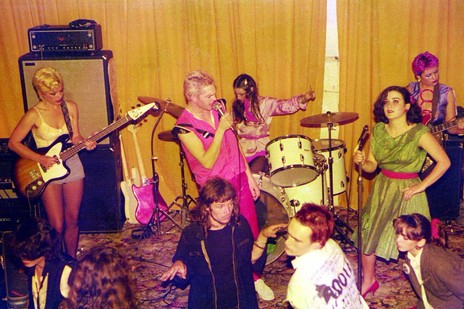 The Idle Idols at Zwines 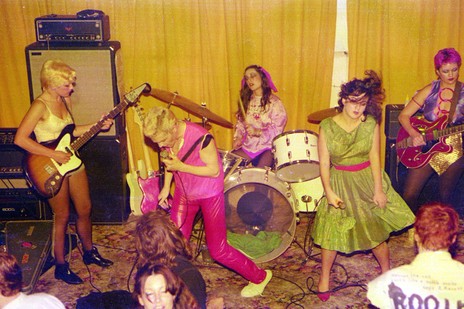 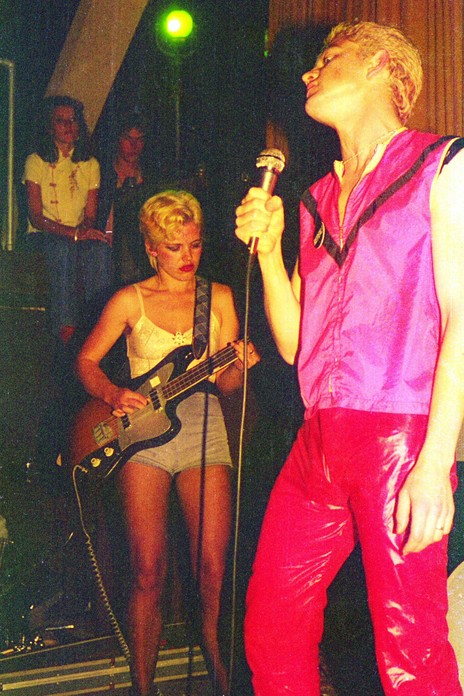 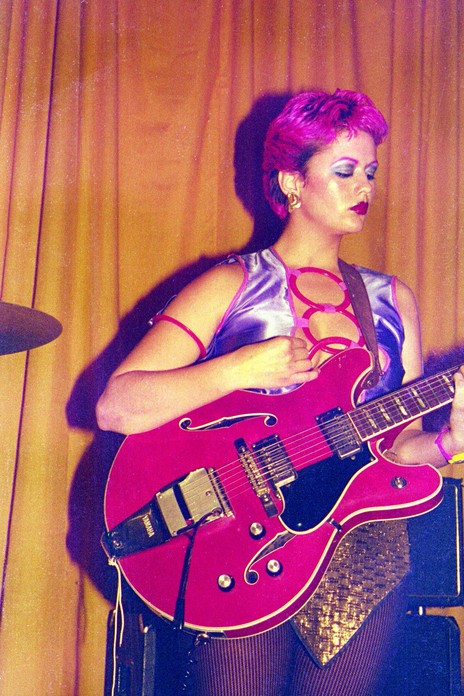 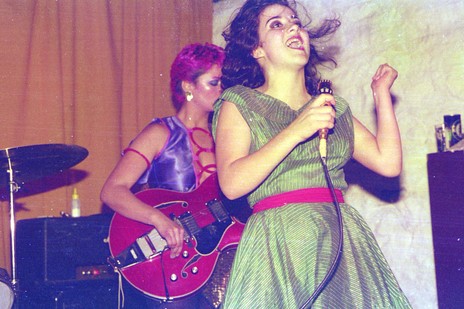 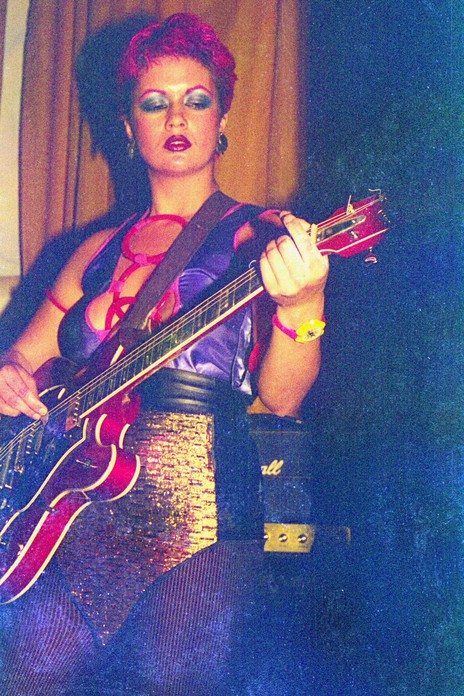 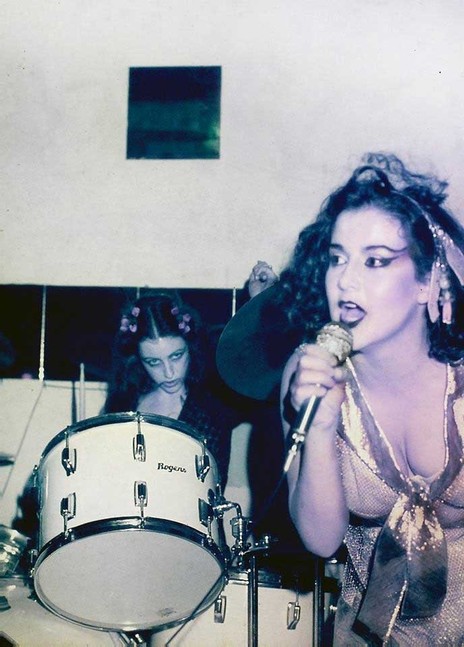 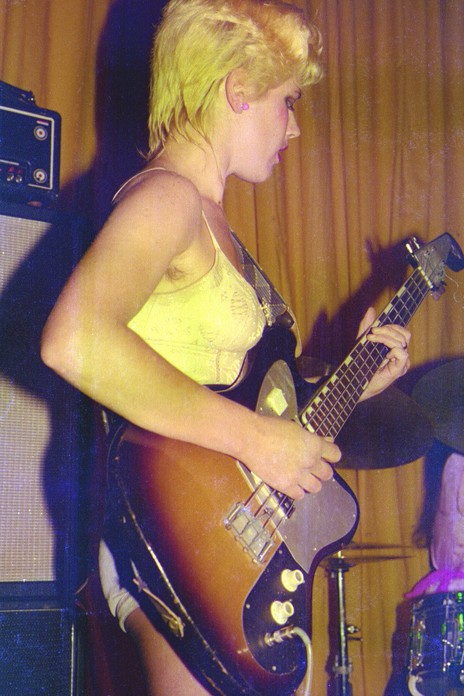 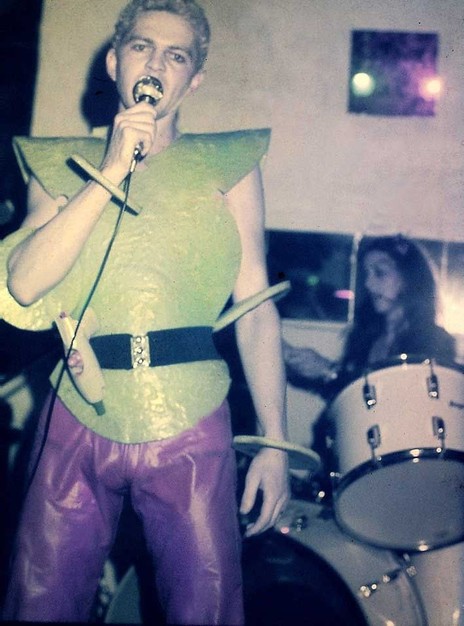 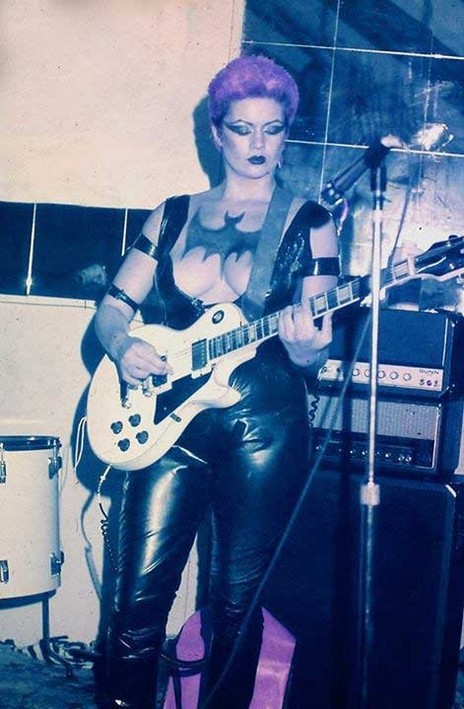 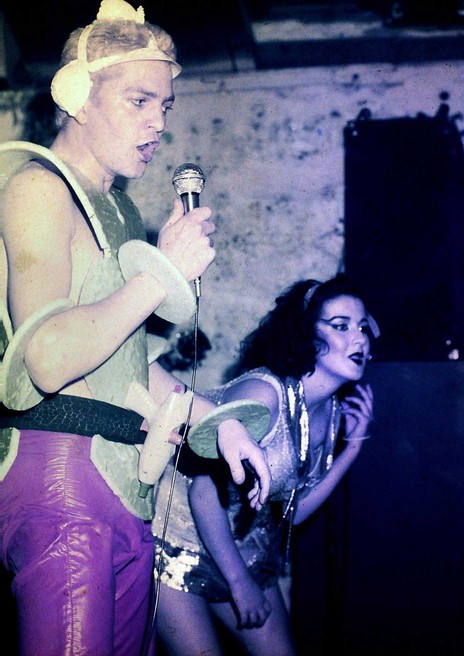 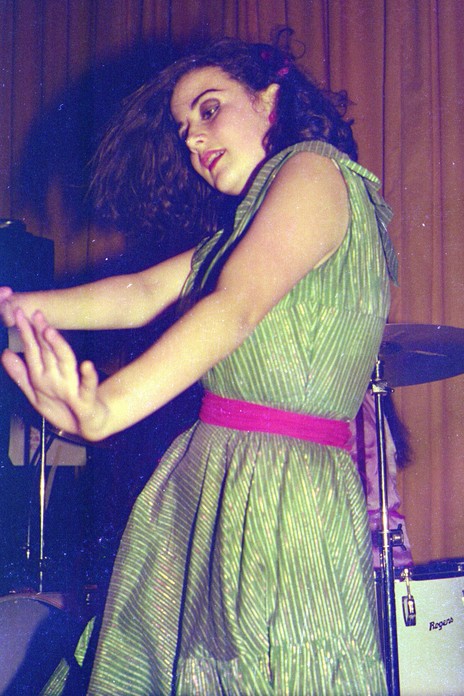 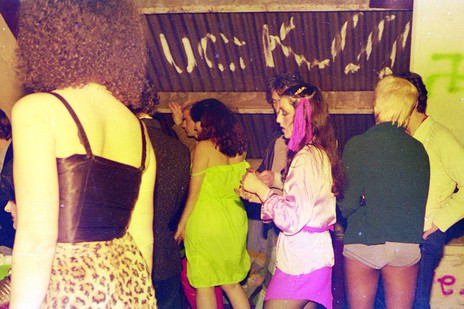 Three members of The Idle Idols upstairs at Zwines watching another band. Paul Gibbs has his hand on the beam (next to his partner Fiona McLeod), Shona Bruce is talking to Kevin Grey (vocalist with The Masochists) and Leonie Batchelor has her back to the camera as she talks with her partner, Street Talk guitarist Mike Caen (obscured).

Zwines and The Idle Idols - The Fiona Clark images