f t
Mareko was one of the biggest all-around talents to emerge during NZ hip-hop’s breakthrough era in the early 2000s. He produced beats and rapped in Deceptikonz and was then picked as a flagship solo artist by his label, Dawn Raid.

His album, White Sunday (2003), was recorded in New York and two singles hit the Top 10, but Mareko's time in the spotlight was brief. His follow-up was more of a critical success than a financial one and he moved to Australia to expand his horizons. Yet he kept his hand in with the underground hip-hop heads, through a succession of mix-tapes and an online radio show, proving that there was life after death for the MC known as Mareko.

Mareko (Mark Sagapolutele) first began rapping while at James Cook High School in South Auckland. By 1996 he was practising his battle rhymes with three friends – Davey “MC Donalds” Walters, Johnny “Resin D” Tilialo, and Eden “EDN” Smith. Mareko bought a two dollar mic and worked out how to record rough demos for the fledgeling group by using the stereo in the school music room.

Their collaboration was brought to an end when Mareko moved to Papakura High School in 1998. He soon found three new collaborators – Daniel “Alphrisk/Frisko” Moate, David “Devolo” Puniani, and Savage (Demetrius Savelio) – and the four-piece took the name that Mareko had been using for his group since the start – Deceptikonz.

They had no money for recording software, so Mareko began toying around with a basic computer program, Goldwave, that his brother was using to digitise the audio off cassette tapes. Despite the budget software, Mareko had a great ear for a heavy sounding beat and, by the arrival of the new millennium, he had created half-a-dozen solid backing tracks. This coincided with the entrance of a new, brash South Auckland record label, Dawn Raid, who announced their arrival with a compilation, Southside Story (1999).

Savage’s cousin was a member of early headline act K.A.O.S, and when another set of performers (Ill Semantics) pulled out of the compilation launch party in Hamilton, he arranged for Deceptikonz to jump on the bill. The group’s connection with the label was cemented when they played a killer set at the first hip-hop summit in Christchurch in 2000 and contributed two Mareko-produced tracks to Southside Story 2 (2001). Mareko also did a verse on a track by DJ Sir-Vere, ‘Connect’, which also featured another upcoming rapper, Scribe, who was about to break the scene wide open.

Mareko was also known for his deathly skill at dropping punch lines in live MC battles and this saw him repeatedly win the country’s foremost freestyle competition.

Meanwhile, Mareko was also known for his deathly skill at dropping punch lines in live MC battles and this saw him repeatedly win the country’s foremost freestyle competition, The Battle for Supremacy. Originally it was an Auckland-based competition and Mareko won the first incarnation by outdoing Koers from FCA crew/ Indigenous Funk Co. in the final round. The following year it became a national competition and the organiser himself, Word Perfect, decided to show his long-term love of freestyle by entering himself. Mareko managed to best him in the final and went on to win a third title (against The Abbott). This record gave him a reputation as an MC’s MC and this notion was solidified when the debut album from Deceptikonz, Elimination (2002), hit No.4 on the charts. Mareko did all of the production on the album, apart from a track each produced by Chong-Nee and P-Money (who also attended Papakura High School).

Dawn Raid acknowledged Mareko’s talent by arranging for him to record his own solo album at a studio in New York – a monumental step for both the artist and his label. They worked with ex-pat New Zealander Kirk Harding to arrange a number of high profile guest spots on the album, meaning that Mareko found himself rapping over a beat made for him by hip-hop legends The Beatnuts (one of them also dropped a verse), as well as rhyming alongside Inspectah Deck (from Wu-Tang Clan). The resulting album, White Sunday (2003), was one of the most international sounding releases to come out of the local scene, but still Mareko wore his heritage on his sleeve – featuring a Samoan preacher on ‘White Sunday Sermon’ and devoting a whole track to the bus ride from South Auckland into the city (‘City Line’).

Andy Murnane (YDNA) from Dawn Raid also joined Mareko in New York and soaked up the hustling spirit of rap scene in that city. He applied this knowledge to the promotion of Mareko’s album and the first single was an upfront advertisement for the new act – his name featured in the title and the music video was filled with a crowd of people wearing his T-shirt. The gambit worked and ‘Mareko (Here to Stay)’ hit No.4, making him one of the leading stars of the exploding local hip-hop scene. The next single saw Mareko rapping alongside the other Deceptikonz over a backing beat made by P-Money – the chorus took the fire safety adage ‘Stop, Drop and Roll’ and turned it into a euphemism for sex, spawning a catchy hook that took the single to No.6.

Mareko had reached the forefront of the local scene, with a level of success that put him second only to the scene’s king-hitter, Scribe.

Mareko had reached the forefront of the local scene, with a level of success that put him second only to the scene’s king-hitter, Scribe (who cleaned up at the music awards, leaving Mareko with nothing). The wild rise of local hip-hop would carry Mareko away on extensive tours of the country and put him at the front of the Dawn Raid All Stars' hit, ‘Hook It Up’ (No.9 in 2004) and Sione’s Wedding theme tune, ‘I Do Believe (Tha Remix)’ (a track by Tha Feelstyle that reached No.9 in 2006).

Mareko recalls this era as being a crazy time to be a local hip-hop act: “We were very fortunate to be in the position that we were in at that particular time. The founding figures in our scene (DLT, Che Fu, King Kapisi, etc) had laid a lot of groundwork for us to walk through the commercial door that they had worked hard to open. One of the main points [when] I knew NZ hip-hop had definitely turned into the popular music, was selling out The Hook Up tours in each city up and down NZ. Seeing kids come out to the signings, in-stores and coming to the shows and reciting every lyric was pretty massive.”

Unfortunately, by the time of the next Deceptikonz album, Heavy Rotation (2006), the tide had already begun to ebb. Mareko’s next release, White Sunday 2 (2007), saw him return to doing his own production – sometimes meaning that he had to race between the vocal booth and the mixing desk to record his own takes. His delivery and punchlines had never been finer, but the album failed to have a single strong enough to push his crossover career onwards (despite Mareko wryly laying out what was required for a hit on his track, ‘Record of the Year’).

From this point onward, Mareko became an act that was loved within the local hip-hop community but with little chart success. Over this time, each member of Deceptikonz had released their own solo album and their only opportunity to work together as a unit was by each contributing material to the Horseman Family album, My Shout (2008), which was a wider crew that incorporated the members of K.A.O.S.

Deceptikonz finally decided to release one final album, Evolution: Past, Present, Beyond (2010), and in order to grab the interest of fans who were more used to downloading, they put out the album with a second CD packed with all of their previous hits, as a group and as solo artists. The gambit worked and they reached No.26 on the album charts, though their biggest final statement was a massive show at The Studio in Auckland, which brought together an impressive line-up of their fellow hip-hop acts (including David Dallas, Home Brew, and P-Money).

Meanwhile, Mareko had moved his family over to Brisbane to give himself more experience of the wider world: “I moved to Australia in 2010, about the time I was finishing the Brotha D album. The reason I moved was definitely financially motivated. I was doing engineering work at Dawn Raid and the work was good but I got an opportunity from one of the DJs here in Brisbane to do some work. I hit up the crew about continuing doing music from across the ditch and the support was unanimous. Technology these days allows us to continue to work as if I was still in Auckland, so there isn’t really a barrier with the shift.”

Mareko was one of the successful few that had the chance to take South Auckland hip-hop all the way to New York.

His skills at production meant he was still able to keep producing new work – most notably two much-lauded mixtapes – My Dad Can Beat Up Your Dad Raps (2011) and The Death of Mareko (2012). The latter was released under the pseudonym Rex Martel although Mareko made it clear that he wasn’t changing names, just trying to mark a change in his style – moving towards a more solid local accent and ditching the bucket hat he was known for wearing. Being a father meant that there was no time for filling up endless notebooks with verse ideas and instead he struggled on by memorising ideas on the train to work, then doing late night recording sessions after dinner each night.

His confidence in his raps never flagged nor did his ability to drop a punch line: “The best rapper on the planet wears steel caps/a hi-viz vest and a Parramatta Eels cap.”  He also began doing a show, Side Hustle, on the online radio station, Full Clip. In 2013, when David Dallas wanted to create a track about South Auckland (‘Southside’), it was no surprise that he called Mareko and Sid Diamond (Young Sid) to join him. The message was clear – Mareko was one of the successful few that had the chance to take South Auckland hip-hop all the way to New York and you can’t say you know the local scene unless you know his work. Like the man said, his name is here to stay. 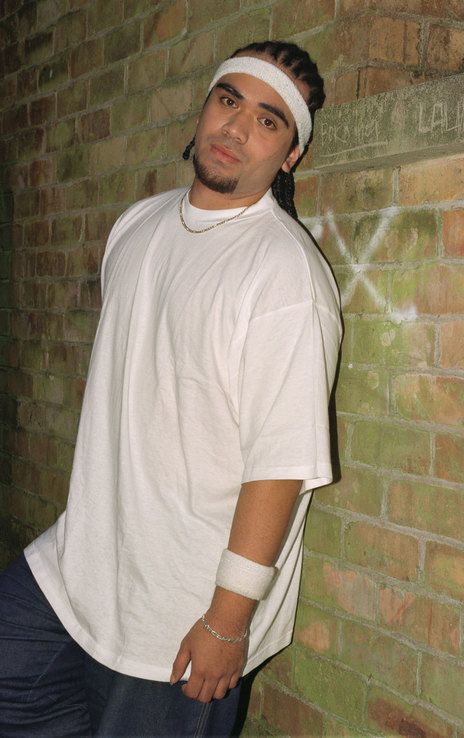 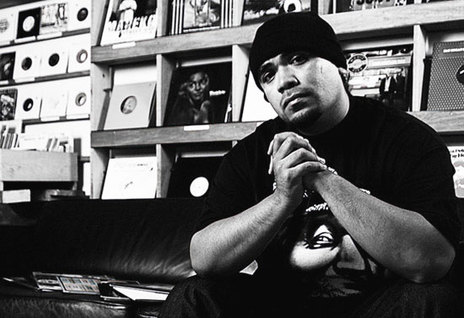 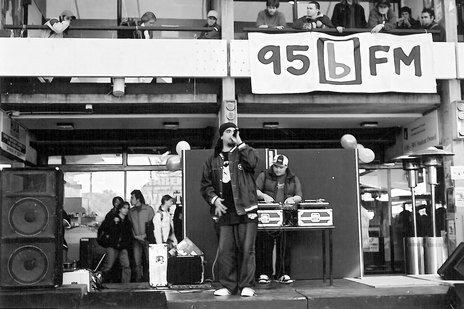 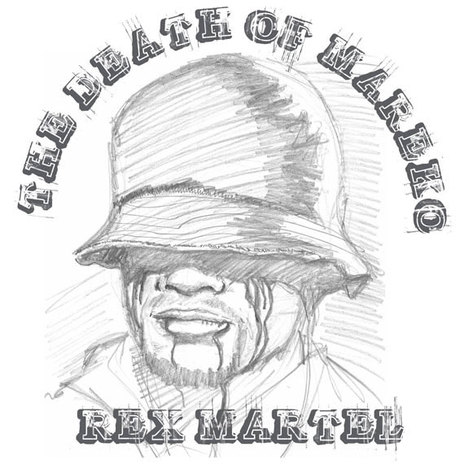 Death of Mareko, the 2012 mixtape released as Rex Martell 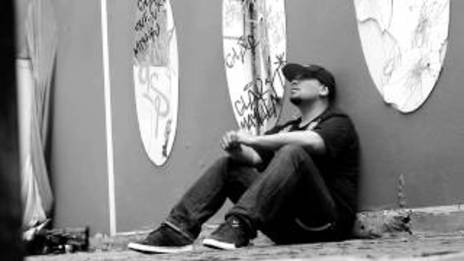 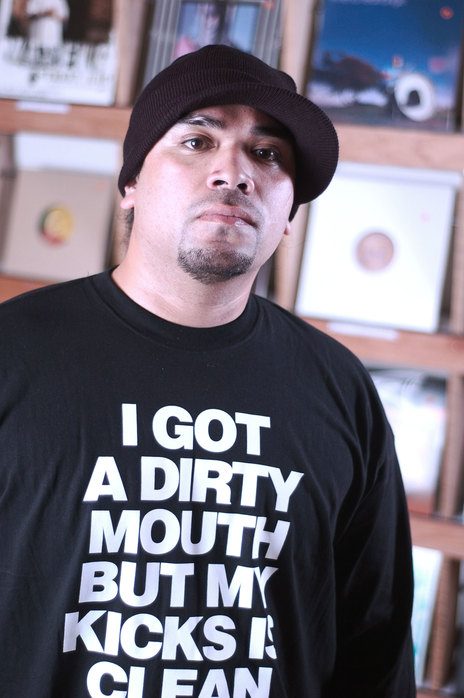 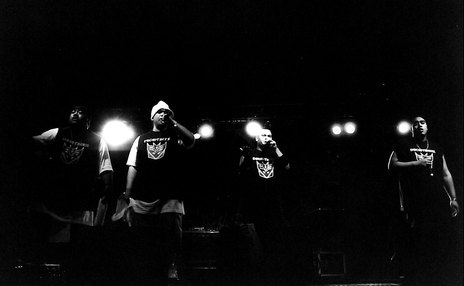 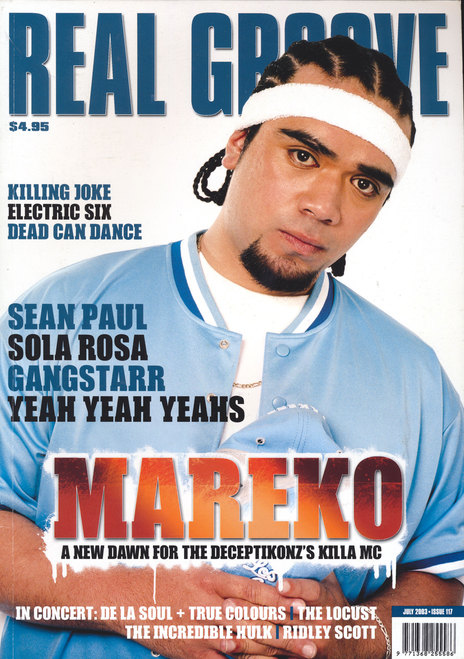 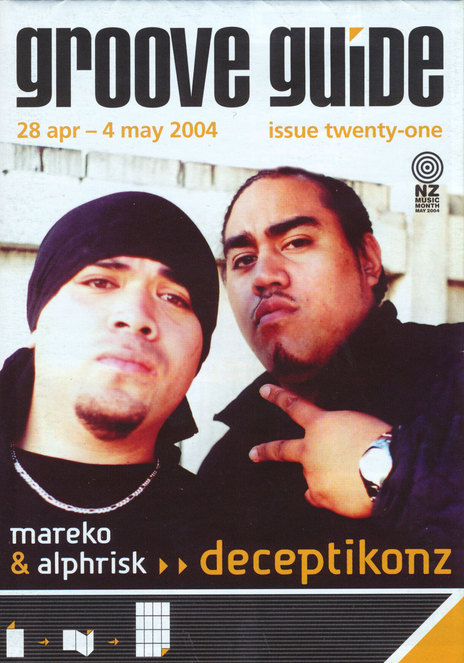 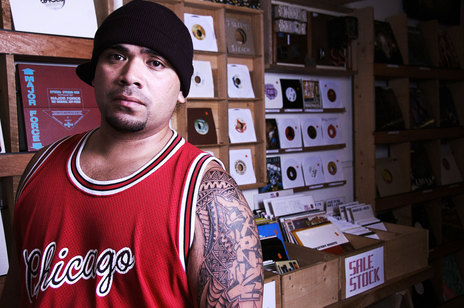 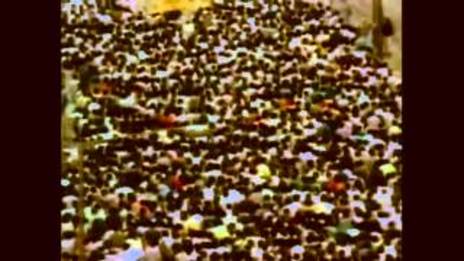 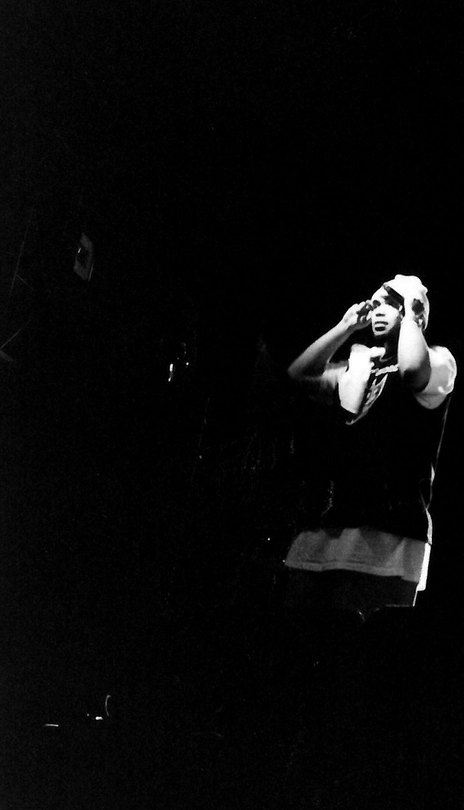 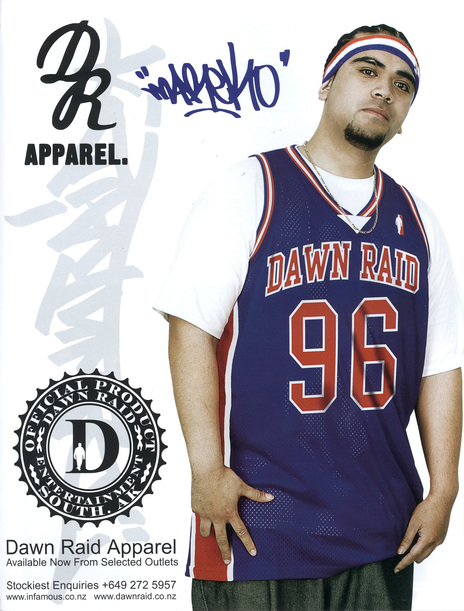 Mareko first met Alphrisk/Frisko during a fire drill at school. Mareko was told by mutual friends that he should try his freestyle skills against a boy from another class - Daniel ‘Alphrisk’ Moate. The two were impressed enough with each other to form a crew together.

In the slang of the Deceptikonz, “horsin” means to get drunk. This in-joke led to the name of their wider crew, The Horseman Family.

Mareko the Horse at Soundcloud