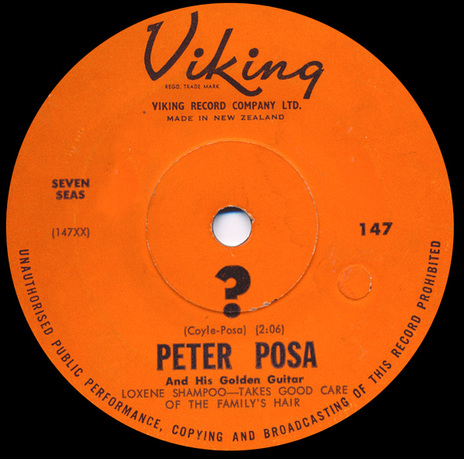 One of the most important, plus one of the most prolific NZ-owned record labels of all-time, Viking was a part of the new wave of NZ independents that arrived in the late 1950s that also included Prestige, Zodiac and Kiwi.

Murdoch Riley was a former employee of both the NZBS and the earlier pioneering indie Tanza – he was the label’s manager between 1954 and 1957. In 1957, Riley, and two salesmen from local radio manufacturer and retailer, Autocrat Radio Ltd., Jim Staples and Ron Dalton, formed the Viking label, sensing that the market was ready for a more ambitious young independent label than Tanza and the then dominant major His Master's Voice (NZ) Ltd. which both dominated and controlled access to record retail in New Zealand, although the latter was slowly changing. The label's name came from Murdoch Riley's wife, who had Scandanavian blood. 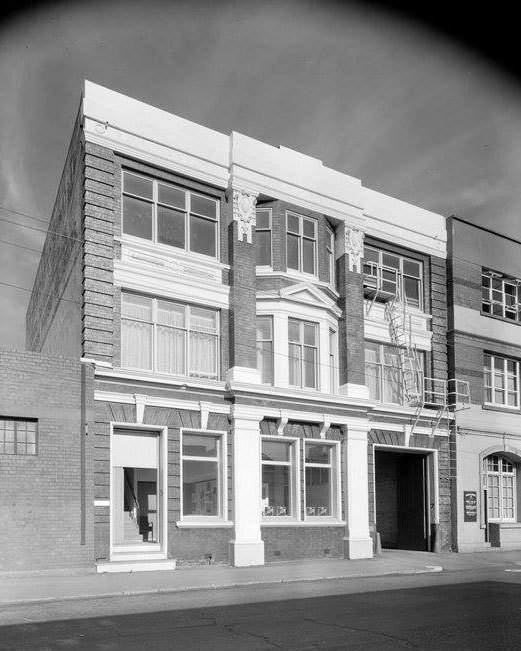 The label's first release in July of that year was an EP by a band from Palmerston North called The Q-Tees, covering other hits of the day, recorded in that city's 2ZA studios by local DJ Wally Chamberlain who took the tapes to Viking. Formerly The Tawaru Trio, they had previously recorded for Tanza when Riley ran the label. The EP was a minor hit in the lower half of the North Island but it was enough to encourage the label to keep on going.

For the first year, both Staples and Dalton continued to work at Autocrat, which in return, sold Viking records via their network. Riley had a day job at Wellington's Lamphouse.

Over the next few years, the label firmly established itself by licensing records from offshore and had a couple of major Australasian hits from licensed repertoire, opening its own Australian office in 1961, which was run by Jim Staples who had moved across the Tasman specifically to open the branch.

In the early 1960s Viking was so strong it briefly distributed the mighty Dutch-owned Philips label (later PolyGram and now Universal). 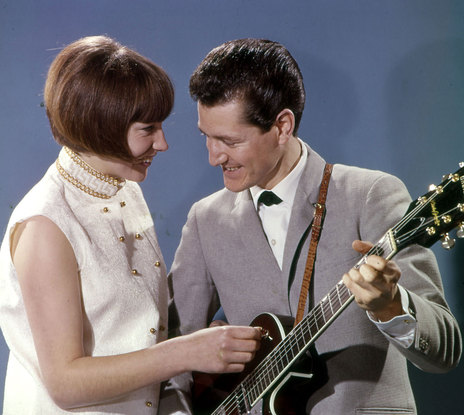 In the 1960s, Ron Dalton, who was based in Auckland (from 1960) where Viking had a studio (in Newton Road), was the driving force behind the growing Viking pop roster, as well as the producer of many of the records released by the label between 1962 and 1968, the label's golden era chart-wise. It was he who signed a series of artists who were each to have massive hit records, most notably Peter Posa, Maria Dallas, The Chicks and Dinah Lee, all of whom made landmark records which helped define both the label and the decade, with Posa’s ‘White Rabbit’, Dallas’ ‘Tumblin’ Down’ and Lee’s ‘Do The Bluebeat’ being three of the biggest-selling New Zealand records in the 1960s.

Dallas also produced a highly regarded album in Nashville after she was licensed to RCA for US release. Dalton mentored upcoming producer Howard Gable at the Viking Studio, before Gable moved to HMV where he oversaw many of the huge hits that company would have later in the decade.

Posa’s albums – and he produced quite a few – were big sellers in the Pacific Islands and further afield, and Viking added to that catalogue with a huge number of albums in almost every genre, but strongly in country, Island and Māori music, including records by NZ based Polynesian stars Daphne Walker, Bill Sevesi, Bill Wolfgramm and The Keil Isles. It was the latter artist who firmly established Viking when his cover of Chubby Checker's 'The Twist' became a massive seller, far outselling the original in New Zealand. Murdoch Riley remembers listening on the shortwave radio to US stations to work out what was breaking their, and rushing his artists into the studio to cover the song before it could be locally released.

The label had a string of hits with The Keil Isles' records until the latter part of the decade, plus country hits with Ken Lemon and others.

In 1964, Viking also signed Christchurch's Max Merritt & The Meteors. The band recorded the backing on many of the label's biggest 1960s hits as well as releasing their own records for Viking in 1964 and 1965. 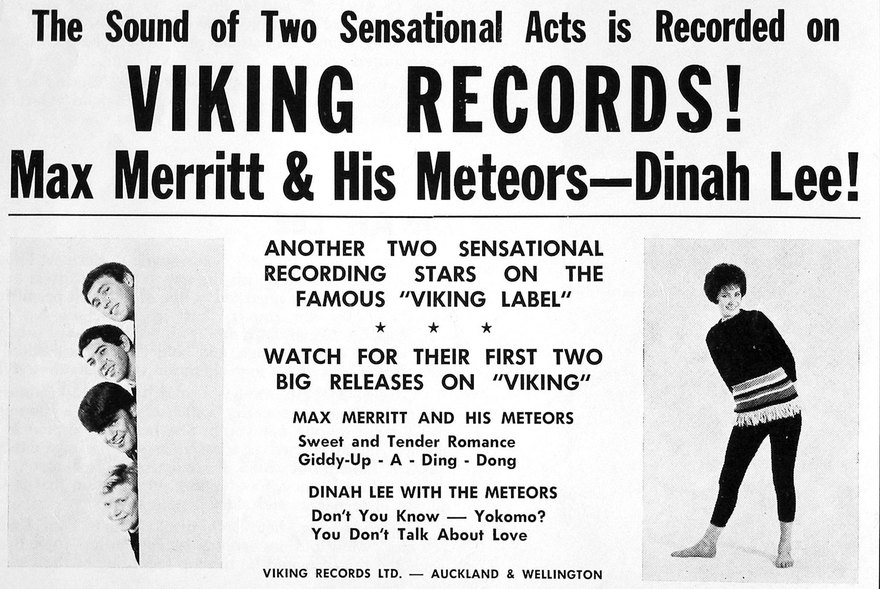 Viking purchased the La Gloria label from Harry M. Miller in the mid-60s, acquiring with it the Howard Morrison catalogue from 1960 to 1964. La Gloria was wound down as a label in 1967 but Viking continues to sell the classic Morrison releases from that era, now via iTunes and other online outlets.

Other subsidiary labels included Red Rooster and Viking Ventura, the former having success with Bill & Boyd and The Pleasers, but the latter, headed by Barry Coburn, was largely hit-free despite signing Chris Parfitt (ex–Hi-Revving Tongues) in 1970.

Polynesian and Māori performers signed to the label included Bill Wolfgramm and Daphne Walker, and the label dominated that market for most of the 1960s and 1970s. 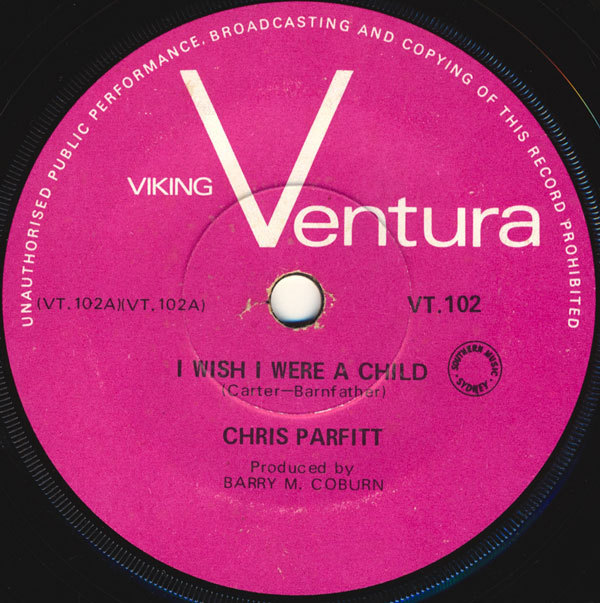 The short-lived Viking Ventura label headed by Barry Coburn. This was the first of two singles in 1970 by ex-The Hi-Revving Tongues frontman Chris Parfitt.

Under unclear circumstances, Ron Dalton left the company in 1967 to manage Maria Dallas, selling up to Riley and moving to Australia where he became a partner in the booking agency General Artists. He was briefly replaced by Coburn as head of A&R before he too left to go to Philips, and thence to his own management company (he later managed Split Enz and is now on the board of US performing rights society ASCAP).

The studio was sold in 1967 when Dalton left, as Riley felt he had insufficient recording experience, with Auckland recordings thereafter being at Stebbings or Mascot.

Ron Dalton's time managing Maria Dallas was brief and by 1970, she was managed by her husband to be. Dalton would return to New Zealand in the late 1970s but played no further role in the music industry he had helped create. One of the great talent spotters, producers and A&R men of the 1960s is now retired and living in Blenheim. 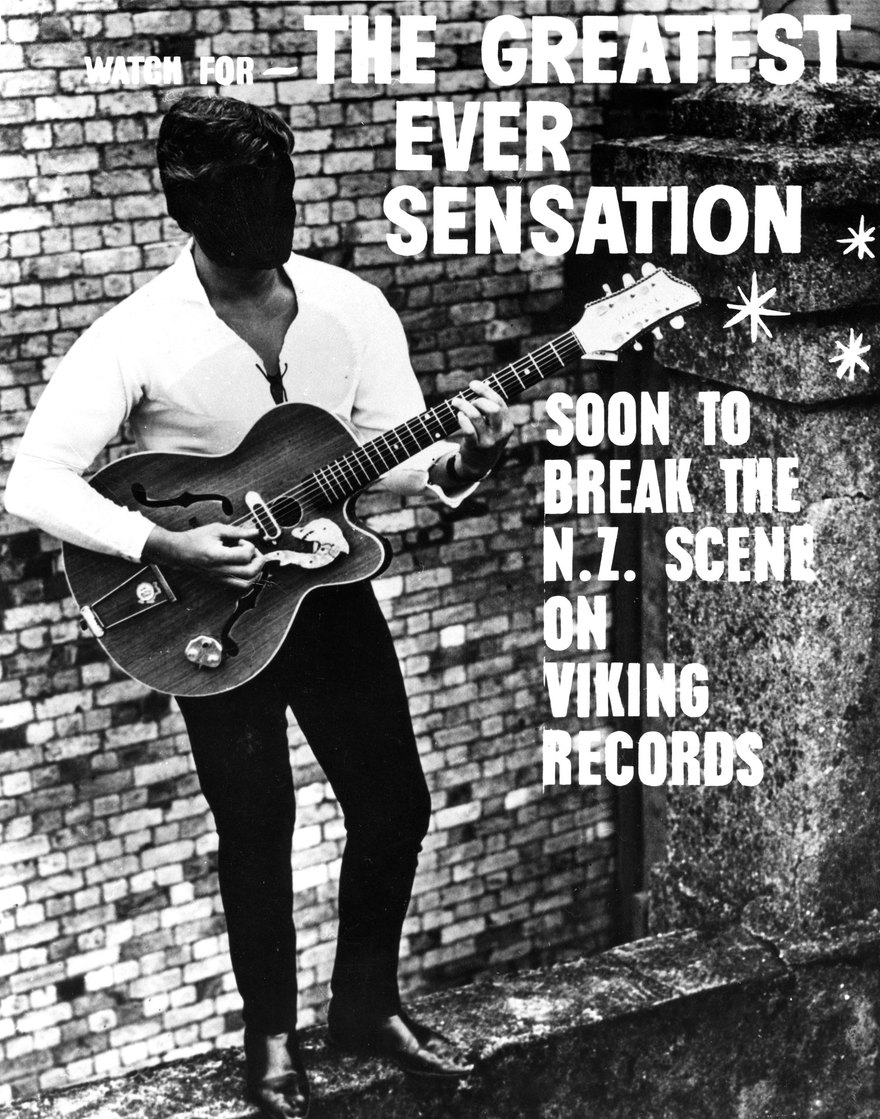 Viking advert, 1964, for the newly signed Nick Villard (he would only release one single on Viking).

In the early to mid 1970s Viking hit again with Steve Allen (his 'Join Together' went to No.2 in 1974 and was the Commonwealth Games theme), and had a big comeback from Maria Dallas with ‘Pinocchio’ (it was their biggest selling single ever), but after that the label lost interest in popular music, concentrating instead on Riley’s written work and publishing, plus continuing strong catalogue sales.

In 1977, Viking purchased The Delta Trading Company, one of its early competitors, and with it came the catalogue of Salem Records, a label set up by former Viking employees Dennis Bailey and Peter Caithness in the mid-1960s, itself taken over by Delta in 1972.

Murdoch Riley was chairman of the NZ Federation of the Phonographic Industries from 1973 to 1977.

Riley, now based in Paraparaumu, continues to own and control a huge catalogue of important and often timeless New Zealand recordings, which he has coupled with his successful book imprint, Seven Seas.