E ngā iwi o te motu, tēnā koutou katoa, me ō tātou aituā. I greet all of the people of New Zealand, and acknowledge those who have left us.

Let’s select 10 songs in te reo Māori that, in their day, should have had more radio play on general radio (not just iwi radio). In his 2019 list for AudioCulture, Ngahiwi Apanui picked 10 te reo classics that would make any list; Moana and the Moahunters’ ‘A E I O U’ was a favourite of mine. But so we can have further fun, and give others some exposure, let’s suggest 10 different songs and artists. Hirini Melbourne gets two, by way of a tribute to his compositional brilliance. The Paraire Tomoana (‘E Pari Ra’) of modern times, he is covered by everyone, and his waiata are sung on every marae and at every hui. Here are my 10 songs, in no particular order.

She’s a dusty old bus, on the regular run from Wharekahika at East Cape, stopping to drop people off for movies night at Te Araroa, and a dance at Hinerupe Marae. Don’t muck around, be waiting at the gate, or you’ll miss it!. Brannigan is the master, easy compositions tumbling out of him, the voice expressive honey. Kaa was raised by his whānau, about which he composed other songs: “te mokopuna a Tip, he hīanga, that mokopuna of Tip, he’s a mischief, but let him steal the shark meat off the line out the back …” This song about the bus with a name – a real thing – reminds me of Timoti Kāretu’s requests in recent years to keep composing light songs, it’s the light entertainment that carries the day. This one is in the tradition of Tuini Ngāwai’s shearing songs, about a day in the shed, a character, a pregnancy announcement. Whatever, let’s all get on the bus, and sing as we go. 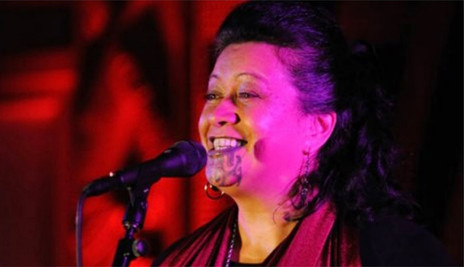 This is an ancient lament about loneliness, given a new treatment by Whirimako Black. The original was by legendary Tuhoe composer Mihikitekapua who, according to Pou Temara, was born around 1790. To a magical new instrumental arrangement, the old rangi (tune) is revitalized by Whirimako, one of the most beautiful voices we have. Engari te tītī e tangi haere ana, whai tokorua rawa ki te haere. (Consider the lucky mutton bird crying out in its flight, at least she does not fly alone, unlike me.) Look it up in Nga Moteatea: the translation and notes are by Sir Apirana Ngata. He translates the genre “tangi mokemoke” – a “song weeping from loneliness” – as a “soliloquy”. Maybe both words need to be revived, in both languages?

This song, by the late Tuhoe melodic genius, was played as 200 guests entered a special dinner in Wellington/Poneke for Te Upoko Radio’s 25th birthday in 2012. For the station’s third birthday, 21 years earlier, Hirini came down and jammed up a storm. ‘Hinemoana’ is one of his later compositions where the music nails the subject matter. It features a rolling quick tempo instrumental underneath, and the use of those clicks and taps which Hirini really had figured out.  His voice and the backing singers, so sweet and evocative, are reminiscent of earlier Bernadette Papesch duets: they take us out to sea, gliding on the swells, to be joined by dolphins. Another Hirini nature hymn.

I have sung this 1000 times – it teaches the colours, using a story about the rainbow, and eulogises the rain. Bush people know that when it rains the New Zealand bush is at its most beautiful. Hirini’s songs were the soundtrack of our children growing up, and indeed of the kōhanga reo. The version on Spotify has a lot of bird song, but just enjoy that, Hirini soon gets going with his guitar. We need to get Hirini’s earlier songs, recorded at RNZ, digitised so they can be enjoyed forever. Those efforts, recorded in Studio One in Wellington’s Broadcasting House with engineer Kevin Oliff, producer David Somerset, and others, revealed Hirini’s songwriting and acoustic performance at its best. (These were available through RNZ’s Replay Radio, which no longer exists.) His subtle voice was at the height of its sweetness. Broadcasting House and its magnificent studios were bulldozed into the Bowen Street clay by order of our politicians in 1997.

We could put lots of different songs here, with Ngahiwi involved, not least his Aotearoa crew with ‘Maranga Ake Ai’, the bilingual anthem. I took a Welsh film crew out to Porirua to film them in 1985, performing at Aotea College. As the concert built to its climax with ‘Stand Up For Your People!’ the sceptical Welsh documentary maker rushed over to me and said, “I’m telling you, I’ve changed my mind, stop worrying, the culture and language is going to be okay!” Thirty-five years later, Ngahiwi is still doing it, after a long solo career, composing and developing as a singer with rip-snorting dance music pieces. In the early 2000s he released several CDs (not available online yet). ‘Whakapapa’ the song is anything but modern dance, it’s a carved post in the earth. It uses the old pūrereheua, and poi slaps to set the scene, then flows in traditional Māori oriori lullaby form to deliver a Mahabharata-like epic of the gods, events in Hawaiki and the early ancestors, down to the pain of colonisation and recent history. Wonderful. Ngahiwi has been Chief Executive at the Māori Language Commission these last four years. He arrived in the job with all the right ideas, just as massive funding cuts were happening. 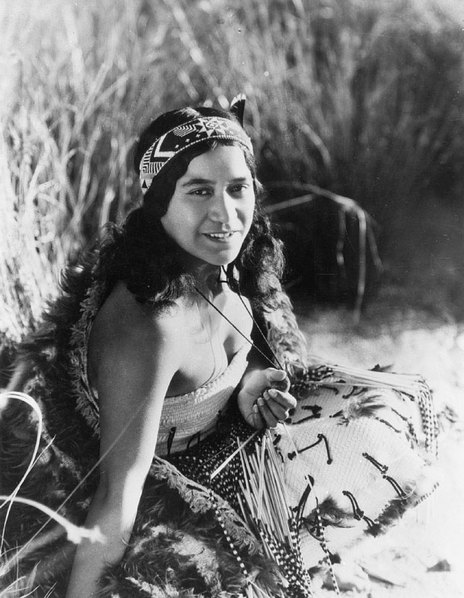 I love this song and all of Ana Hato’s recordings from the late 1920s and 1930s. They are the emblems of the generation which, a century ago, battled through the First World War, the great pandemic and the Depression. Ana combined memorably with Deane Waretini in this version of an old lament, composed by Paraire Tomana with, as Mervyn McLean says, “a passing reference to ‘Little Brown Jug’.” (Radio programmers note: this is not the jaunty rendition of the song we are now familiar with.) At the end of the First World War it was performed at a Gisborne hui for returning Māori troops to remember those left behind, and it was in the same spirit that Hato and Waretini first recorded it in 1927. Hokihoki tonu mai, te wairua o te tau, ki te awhi nei, i tēnei kiri e. Come back to me oh spirit of my dear departed one, to embrace me, so we can touch as if in the flesh.

Puāwai means flower, and on the sleeve notes of this song a fully opened flax flower is pictured. The song is a delicate understated reminder to another that the singer is present, yearning to make contact. A New Zealand cicada sings underneath, throughout. The song seems to come from a meditative state where the soul is still – it reminds me of Melody Gardot’s songs, composed inert on a hospital bed. Perfect song, perfect singing, and a good entry to all of Hinemoana’s genius work.

This is a masterpiece of modern Māori language composition by a new generation on the west coast of the North Island that have grown up with the reo. It uses rap to take us through the pantheon of Māori gods, completely solemn, tapu material in older times. The song bends the language about like soft plasticine (perfect grammar and idiom, but sung like 50 Cent). So many clever references to the mythological cycle, jokes, and Kimo Winiata funnies thrown in. There are shades of a super confident Spike Lee with his movie Chi-Raq and its take on the legend of Lysistrata. Laugh out loud stuff which reminds me of lots of skit nights from the end of hui, where ritual humiliation as fun is the order of the evening. I have heard this live, and its performance is a tour de force, with listeners slain. It reminds me of funny numbers done by the very best performers in American musicals with helter-skelter dancing and visual jokes. 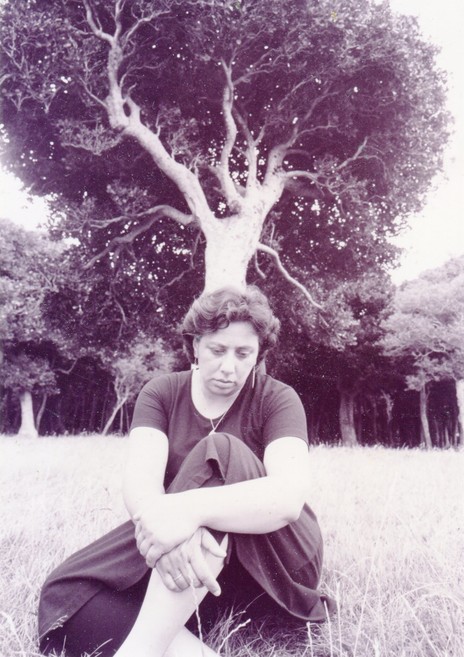 Kei Hea Koe? sings the late Mahinaarangi Tocker. Where are you? We might well sing it about her. A song of bereavement, sung to a loved one, who has gone to “the kingdom of summer stars”. “I sit below, my heart full of pain, where have you gone.” A powerful poignant song, from the Mahinaarangi creative whirlpool. Her beautiful guitar playing is on show here. If you love and need sad songs, look no further. Such a sad early loss, the genius, the guts – gone at 52. Moe mai rā Mahinaarangi.

This song was the one that stopped Māoridom in its tracks when rediscovered in Wellington in 1983 as Te Reo o Poneke 89FM – the forerunner to Te Upoko – came on air. Four sisters from the Hikuroa family of Waikato recorded it in 1967, composed to honour the ascent of Dame Te Atairangikāhu to the throne after the death of father King Koroki. The lyrics on the LP are the compositions of master craftspeople: word-perfect reflections of the stories of the old world. I remember a kuia at a hui once turned to us young ones learning songs and said, “He aha tō koutou mate, kāre koutou e mōhio ki te whakareka i ō koutou reo?” “What’s the matter with you, haven’t you been taught how to sweeten your voices?” The Hikuroa sisters are four who were: Kay, Kelly, Laura and Hinerangi. Some of the old boys reported they just loved the sweet, perfectly plucked guitar accompanist Johnny Bradfield’s hip-swinging kopikopi rhythms.

It’s so hard not to include in here any number of songs from Maisey Rika, but I would have gone for ‘Pūmau Tonu’ for its beautiful lyrics and delivery. Rob Ruha stuns with all of his te reo songs and talent, but check out ‘Kalega’ (sweet), in the “say-say Pākehā” East Coast tradition (te reo with sprinkling of English words). Also, the Aperahama brothers Ruia and Ranea’s rich harvest of songs, not least of which are the Bob Marley covers in te reo, such as ‘E Toru Manu iti’ (‘Three Little Birds’), and others. 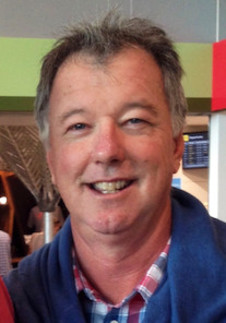 Piripi Walker, Ngāti Raukawa, is a writer and translator for print, radio and television, and teacher of te reo. Piripi was manager of Te Upoko o Te Ika, Wellington city’s Māori language radio station, from 1987-1991 and in 2020 remains trustee and deputy chair of the station’s Trust Board. He lives with his wife Heather, in Silverstream, Upper Hutt, and is a hands-on koro to his seven mokopuna.