Phil Judd is an artist: painter, lyricist, songwriter, musician, performer. He is also an intensely private person who just happens to have given genesis to an outstanding body of popular music.

Split Enz, The Swingers, the Stardust soundtrack (Gillian Armstrong’s Ocker-pop fantasy movie of the early 80s); contributor of songs for the recent Australian film success Rikki & Pete and, latterly, that turn of the circle to the original themes and fractured rhythms of Schnell Fenster.

“I’ve recently realised,” says Judd, “with the Schnells I feel like I’ve picked up musically from where I would have, or could have, [picked up] from when I left the Split Enz.” 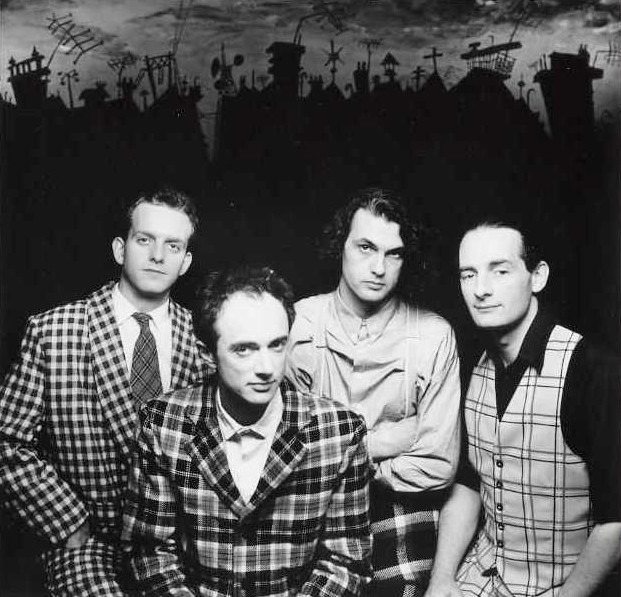 Phil was talking minutes before Schnell Fenster’s last performance on the Tour of Low Men, at Hamilton’s Founders Theatre. It was a show that featured what was (in effect) the extended family of musicians who gyrated across the country sharing Mental Notes in the mid-70s.

In a small room behind the stage we talked of his return to touring, as singer and guitarist for this new collection of Split Enz alumni. Also in the band are Enz stalwarts Noel Crombie and Nigel Griggs. Australian guitarist Michael Den Elzen may not have been a member of the Enz but, as touring guitarist with Tim Finn on his solo performances, it’s a moot point.

Phil is as relaxed and at ease as a man can be before the last gig of what has been an exhausting but gratifying tour. New Zealand has been a positive surprise to Judd after the recent bad press Aotearoa has received in Australia.

“I’ve seen New Zealand like I’ve never seen it before this time. It’s all the things I never thought it would be … maybe there’s a certain point where you feel a new patriotism.”

Perhaps the mood of optimism had something to do with the ease with which Crowded House, Schnell Fenster and their stage crew got down with an impromptu cricket match on the “green” behind the venue. There was a definite feeling of déjà vu with the setting and the cast: a feeling that the Auckland press picked up. They wondered why Phil didn’t appear – with Tim and Neil Finn, Griggs, Crombie and Eddie Rayner – onstage in the Split Enz revival that closed the show in Tauranga, Auckland, and that same evening in Hamilton.

“I would do anything to get out there and have a whack with the guys but it’s just that my association [Judd left Split Enz in 1977] is pre what most people would react to.”

As it turned out, Phil was a participant in the final night Split Enz hoedown as video cameraman when Tim and Neil coaxed the crowd to sing ‘Marie’, ‘Hang Down Your Head Tom Dooley’, and ‘Hermit McDermitt’ in a performance that was a righteous finale to the tour.

This was the sound of a band enjoying themselves.

I had seen Schnell Fenster’s set in the vast QEII Centre in Tauranga a week previously. The Schnells were on a roll. On the huge stage, well above the punters, Phil and Michael Den Elzen swapped swamp-creature guitar crescendos and let the songs blend together into one near-continuous wall of sound. The venue, arranged at the last minute due to inclement weather, is a reflective space that made clarity in the sound mix nigh impossible. Schnell Fenster’s sonic-jam approach was perfect. Phil’s Rickenbacker kicked up a pretty racket of feedback and distortion. This was the sound of a band enjoying themselves.

“We’re not startling musicians individually, but as a whole we’ve just found our thing. It’s come out of all the jamming we’ve done – we know how we all play and where we can go.”

That “thing” has the distinct signature that Phil Judd’s music has possessed from the days of Mental Notes: a nervous song structure with nooks and crannies, a whole topography of sound and effect that somehow defies a ready pop niche.

Judd’s reticence as a performer is legendary. In 1974, only just after a year after Split Enz were formed, he told an interviewer that he was giving away playing live as “it disturbs me. I hate it.” Consequently, whenever those early Split Enz concerts were reviewed, Phil was variously described as “brooding,” “a resurrected James Dean” or (and this is over the top) as having “a strangely compelling appearance, like a sinister hybrid of Mick Jagger and Vincent Price.”

When Phil left Split Enz in 1977 there was an appreciable gap during which his music became secondary to painting. The cover of Mental Notes which he painted for the Enz is a good example of the depth of his talent with a brush; since the art-school days that led to the forming of the Enz, there has always been a conflict of interest for Phil between music and painting. When we talked, Phil made it clear that he is keen to get a solo painting exhibition together in Auckland over the next year or so – commitments with Schnell Fenster notwithstanding. 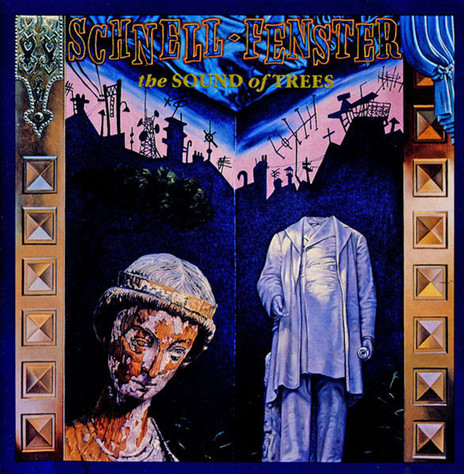 It was fitting when the Kiwi Rock – Extended Mix compilation of video clips aired on a recent Sunday evening that ‘Counting the Beat’ was the opening tune. The Swingers, however, are a bittersweet memory for Phil. “The Swingers was really hard work,” he recalls. “I was glued to my guitar pedals and to playing and singing.”

Be that as it may, to the fans the Swingers were really welcome when they were playing live. Phil’s decision to play with only two other musicians, Buster Stiggs (drums) and Bones Hillman (bass) made it seem as if he was trying to expunge his former apprehensions as a performer. The tension created made for many electrifying gigs – a Rickenbacker cacophony.

In retrospect Phil feels the trio became victims of their own image. “The Swingers were in their own little territory. They were a little too absorbed in the whole pop thing perhaps and I feel that I lost the track there a bit.”

But what of the success of ‘Counting the Beat’ – a No.1 hit in both New Zealand and Australia?

“It had its moments.”

In the period that followed the Swingers, Phil concentrated on developing his painting, exhibiting in group shows in Melbourne and accepting album cover commissions. But you can’t keep a good musician down and I suggested to Phil that there is a certain inevitability to Schnell Fenster – given the circle of friends who may not have ambitions to be pop gods but are still keen to keep their talents alive – they won't let someone of Phil’s abilities stop creating new music.

“It’s been really strange for me because I was fed up. I’d chucked it in, basically. To me [with Schnell Fenster] it’s being re-woken, like coming out of a bad dream and then somebody giving me the opportunity to do what I should be doing.”

On the evidence of Sound of Trees and the Tour of Low Men, his return to music is a spirited rebirth for one of this country’s most talented musicians. And if Phil’s idiosyncratic on-stage persona takes more than a generous dollop of appreciation, then so be it. Some music doesn’t deserve to be delivered blandly in your lap or even dumped screaming at your feet. Schnell Fenster’s music tells the story of a newly enthused artist.

“With the Schnells I get just that little bit more time to actually enjoy performing, and I am enjoying it – for the first time.”

The beat – the antipobeat – goes on.

First published in Rip It Up, February 1989