I Am A Rabbit

I Am A Rabbit

It was one of those moments, downtime in Hartford Connecticut, where the mind and fingers wander and before he knew it, computer programmer Alistair Duguid tapped Proud Scum into the Internet search engine. 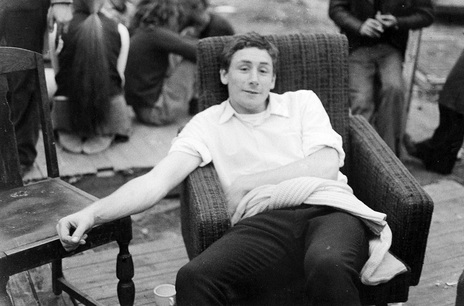 He didn’t expect the name of his second wave Auckland, New Zealand, punk group to pop up, but there it was. Something about a Boston punk band, The Lemonheads, who would become a big selling Top 40 album and singles act in the United States, recording and releasing a version of Proud Scum’s gem ‘I Am A Rabbit’. A song Duguid had written as Alistair Rabbit in 1979. He found a 30-second sound clip online and sent away for the CD, Lick.

The Lemonheads’ Evan Dando first heard Proud Scum on Harvard University radio station, WHRB during a weekend of international punk rock songs. It was recorded originally for the just-out-of-high school group’s debut four-song seven inch, Laughing All The Way To The Cleaners, in one day in early June 1986 with group originals ‘Glad I Don’t Know’, ‘I Like To’ and ‘So I Fucked Up’.

Local punk rock mover Curtis Casella turned the group down for his label, Taang Records, but offered to include 100 singles in a Gang Green mailout. In all 1,000 copies were released, 500 on band label Huh-Bag label, and the other half on the Armoury Arms label. They sold out quickly, and the record became a cult rarity. The track was later included on the group’s composite third album, Lick, first released in April 1989.

When ‘I Am A Rabbit’ first appeared on AK79, a compilation of Auckland punk and new wave acts, in December 1979, it also shone. Originally intended as the debut recording for Rabbit’s first group The Atrocities, it’s a tribute to the incessant coupling desires of singer Jonathan Jamrag, and a buzz saw punk gem.