If you tuned into Auckland student station Radio B in March 1981 for any extended period you would have found it almost impossible to miss a strident but melodic power-pop tune called ‘Danger Man’. One of the inner-city anthems of the moment, the song and the band that recorded it were briefly everywhere.

Recorded by The Ainsworths, the band were one of the charge leaders in the so-called North Shore Invasion of fresh post-punk bands that dominated the Auckland city band scene between late 1980 and mid 1981, and the song was the lead track on the March 1981 compilation Class Of '81, a collection of many of these new bands put together by local indie Propeller Records and Radio B.

Vocalist Hilary Hunt (who was also an early manager of The Screaming Meemees) had discovered Rowan Shedden whilst the latter was playing with another North Shore band, The Killjoys, and suggested the two create a band to play original material rather than covers.

The Ainsworths were representative of the sound of this so-called invasion – short, sharp guitar (and often Hammond Organ) dominated power-pop that had one foot in the 1960s beat boom and another in the post-1977 punk era, including the latest ska flavours. Mostly, it was a movement that didn’t take themselves too seriously and had moved beyond the nihilism of the 1977 generation.

The band found regular gigs at the many North Shore parties and the thriving suburban hall circuit, before heading over the bridge where they drew increasing crowds at XS, Liberty Stage and further afield.

Aided by Hunt’s organisational drive (he was a key figure in the North Shore scene) the band found regular gigs at the many North Shore parties and the thriving suburban hall circuit, before heading over the bridge where they drew increasing crowds at XS, Liberty Stage and further afield, often with The Screaming Meemees and The Newmatics.

‘Dangerman’ was one of a quartet of demos recorded at Harlequin Studio in November 1980, with Steve Kennedy on the desk engineering and producing. Selected for Class of '81, it was one of four tracks sent out to media as a sampler. The Ainsworths played as part of the Class of '81 show at Mainstreet in March and their set was both broadcast live and recorded for possible future release by Propeller, although it remains unreleased.

However, another track from the 1980 Harlequin sessions, ‘Coin’ was released in April as one side of a double A-sided single, with The Regulators, another North Shore band, on the other. Unfortunately the pressing plant put the labels the wrong way round on the record, although it’s doubtful that their North Shore following cared particularly as the pressing soon sold out, once again supported by Radio B airplay.

The band split soon after, with Shedden forming The Dabs. Adam Holt played live with The Screaming Meemees before joining goth-rockers Sons In Jeopardy in 1982. He is now the managing director of Universal Music New Zealand. Hilary Hunt left the music industry, moving on to a successful career in finance, whilst Phil Jackson's whereabouts is not known. ‘Danger Man’ and the previously unreleased Rowan Shedden penned ‘Show Me’ are showcased on this profile. 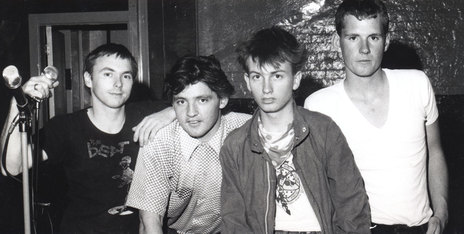 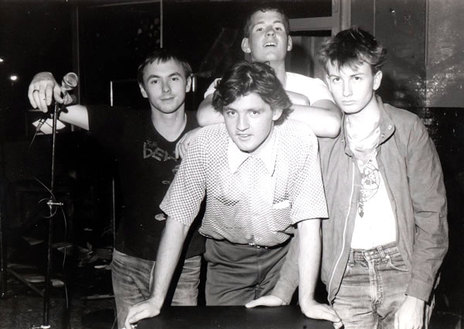 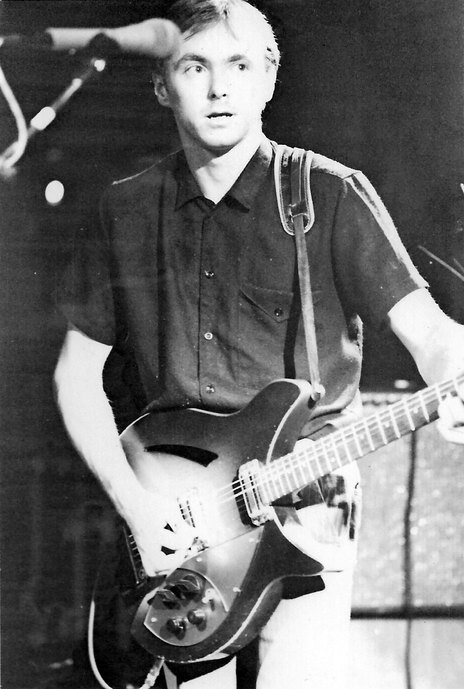 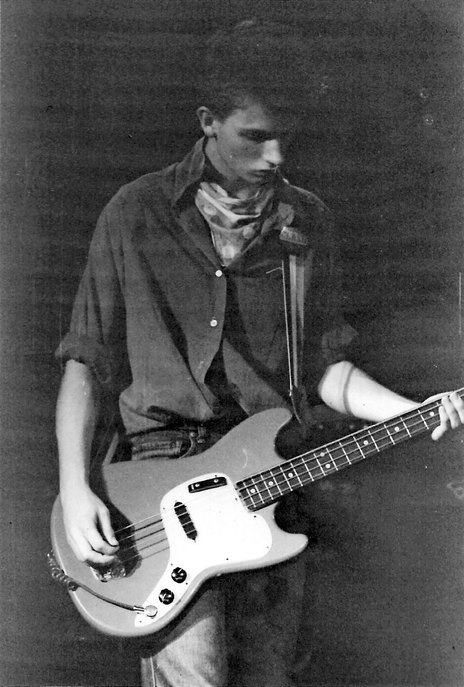 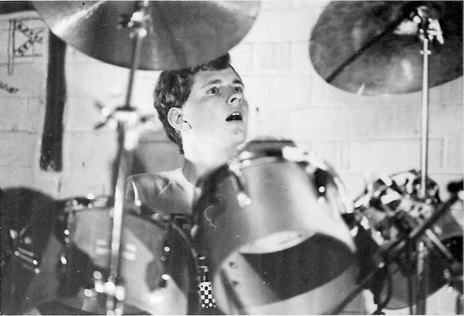 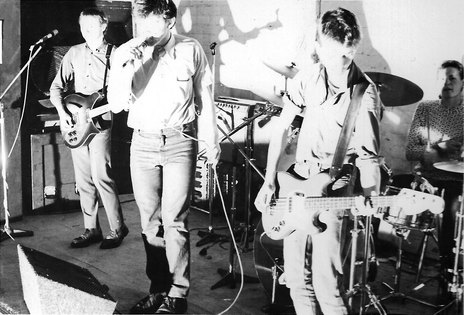 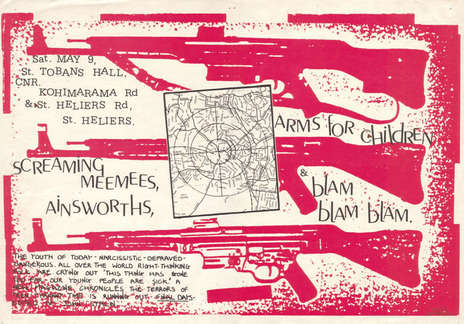 A May 1981 poster for so called "North Shore Invasion" bands in Kohimarama, Auckland, with The Screaming Meemees, Blam Blam Blam, Alms For Children and The Ainsworths 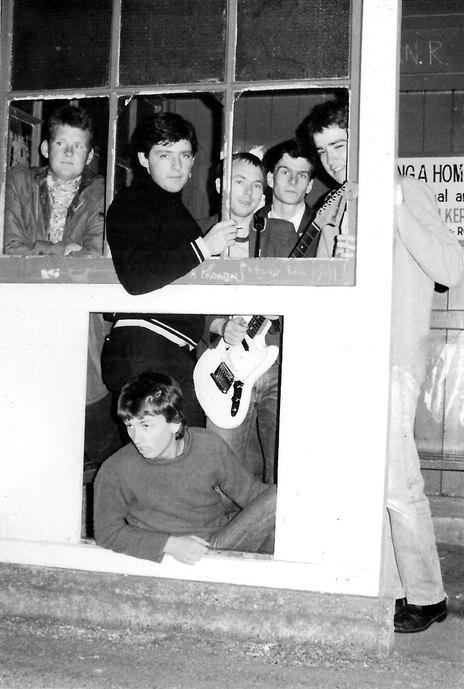 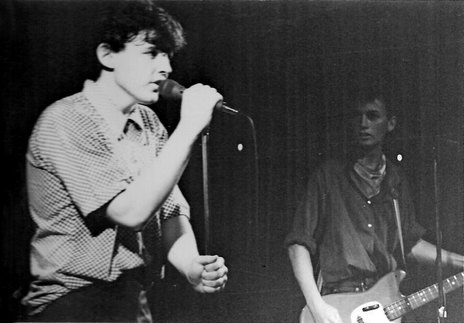 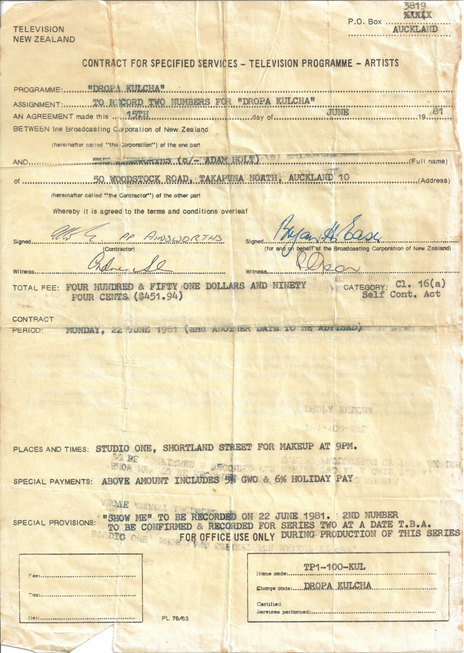 A typical TVNZ contract for a band performance in the early 1980s, this one being for Dropa Kulcha, an early evening show. This was for two numbers, the second of which was never recorded as the show was cancelled. 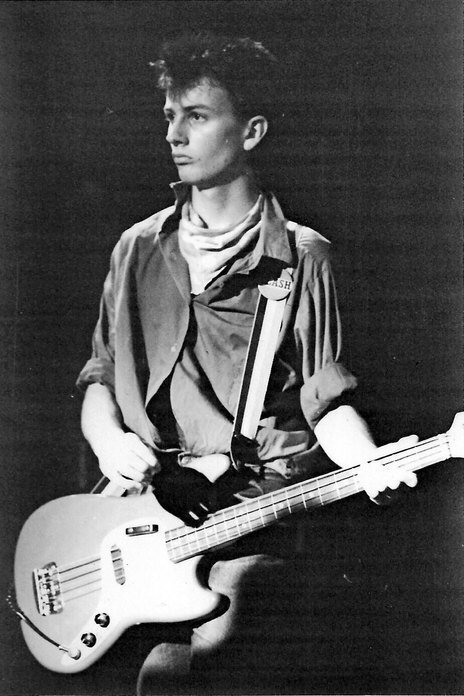 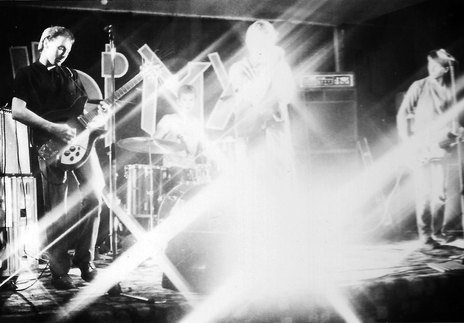 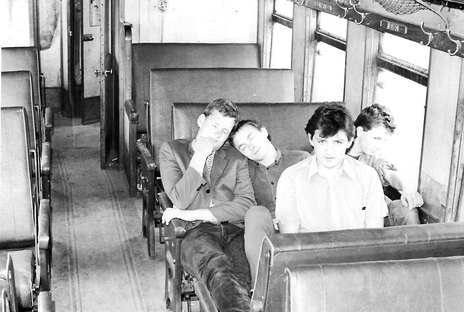 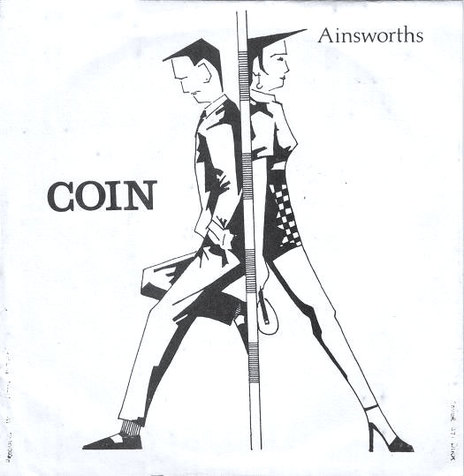