Two years after The D4 decided to take an indefinite break, guitarist and lead vocalist Jimmy Christmas immersed himself in books about humanity, evolution and mutation. Ditching his signature mutton chop sideburns and shaggy blonde hair in the process, Christmas reimagined himself as a character he likens to “a James Bond villain or a sci-fi hitman” while retaining the onstage flair and energy that made The D4 one of the country’s most exciting live acts. His newly found character and inspiration resulted in the creation of the pseudonym Luger Boa, a name bearing the yin-yang qualities of something both metallic and organic – a Luger pistol and a snake.

“What I found when I wrote most of the lyrics was that if I wasn't talking about evolution or mutation, I was talking about the more insane part of my character,” Christmas told NZ Musician in December/January 2009. “I spent a lot of time plumbing the depths of my psyche, for whatever reason. The guy singing on the record is a bit freaky, it allowed me to let that side of myself out."

Designer Barney Bewick of Indium Design added to the character and the concept of evolution with a series of promotional photos and artwork, taking their lead from vintage film noir posters.

With the assistance of an NZ On Air Phase Four funding scheme, Christmas went about recording Luger Boa’s debut album. Completed before a live band was assembled, the recordings were tracked between his own Stuka Records studio in Auckland and, with Barry Palmer (ex-Hunters & Collectors), at Gigantically Small Studios in Melbourne. Palmer also handled production, engineering and the odd guitar. Shihad's Karl Kippenberger featured as session bassist and Manny Bourakis from Australian band The Galvatrons held down the drums.

Known for a regularly rotating cast of band members, the initial live incarnation comprised Mark Reece from Subtract on drums, Ryan Thomas of Sommerset and Sam Lockley of The Defenders on guitars and Mareea Paterson on bass. Karl Kippenberger stepped in on bass for the band’s support slot during Shihad’s Beautiful Machine tour. Luger Boa returned the favour by performing a medley to induct Shihad into the New Zealand Hall of Fame at the 2010 Vodafone New Zealand Music Awards.

The band side-stepped conventional live venues and celebrated the release with a performance inside a boxing ring.

Christmas went on to enlist fellow D4 member “Beaver” Pooley on drums. “I wrote the album (Mutate or Die!) with Beaver in mind. I have such a connection with him,” before settling on a band line-up of Lockley, Johnny Lyon (son of Hello Sailor’s Harry Lyon), Simon Nicholls on bass (Rumblefish/ City Newton Bombers), and Joe McElhinney on drums. His wife Ana Strong also regularly appears as a backup vocalist.

Mutate or Die! was released in 2009 through Warner Music NZ, generating four rock radio singles, including The Rock FM’s Single of the Year, ‘On My Mind’.

In true Luger Boa style, the band side-stepped conventional live venues and celebrated the release with a performance inside a boxing ring at the Auckland Boxing Association. The extensive radio play led to several nationwide tours, festival slots (Homegrown and Big Day Out) and international supports, including The Kings of Leon, Airbourne and Meatloaf.

Two years after the release of Mutate or Die!, Christmas cut ties with Warner Music NZ, deciding to release his second album independently. Somewhat of a concept album, New Hot Nights was based around overheard snippets, inspirations and ideas taken from the nightlife along Auckland’s K Rd.

Hot New Nights was based around overheard snippets, inspirations and ideas taken from the nightlife along Auckland’s K Rd.

He told NZ Musician (April/May 2011), “The album is a loose collection of tales. Through the writing period, I spent a lot of nights looking out on K’ Rd from the top of the stairway of Coherent [nightclub], watching all the people going by, and I guess it gelled into a bunch of loosely connected nocturnal stories about some of them. That was the inspiration. So it’s all a bit dark, but I’d like to think there are moments of redemption within it!”

As with the first album, his principal collaborator for New Hot Nights was Australian songwriter/producer Barry Palmer. The pair wrote 12 tracks over two weeks in his Melbourne-based studio before Palmer came to Auckland to help with pre-production at Christmas’ Kingsland home. They eventually set up inside Waiuku’s Revolver Studio to begin the recording process with Australian Andy Baldwin as engineer. The tracks were then brought back to Palmer's studio for further overdubbing and additions. 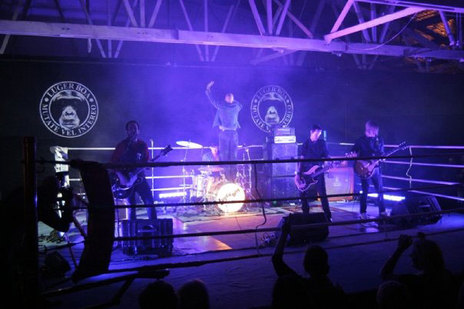 For the launch of the 2008 Mutate or Die! album Luger Boa played in a boxing ring 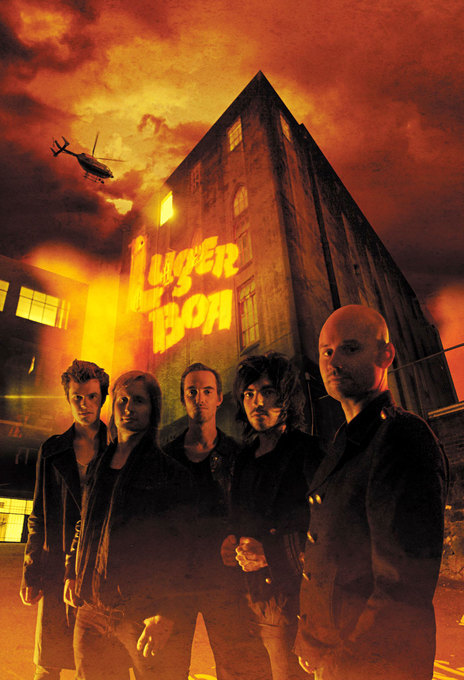 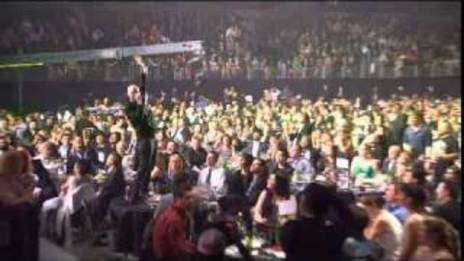 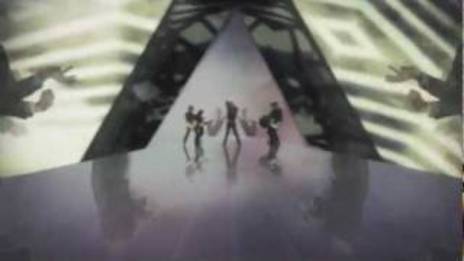 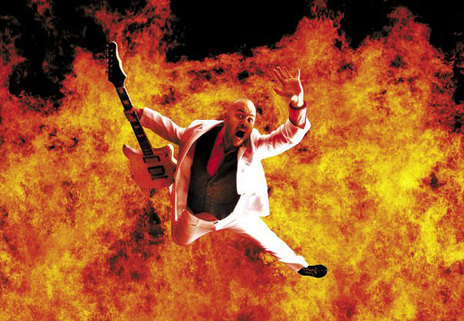 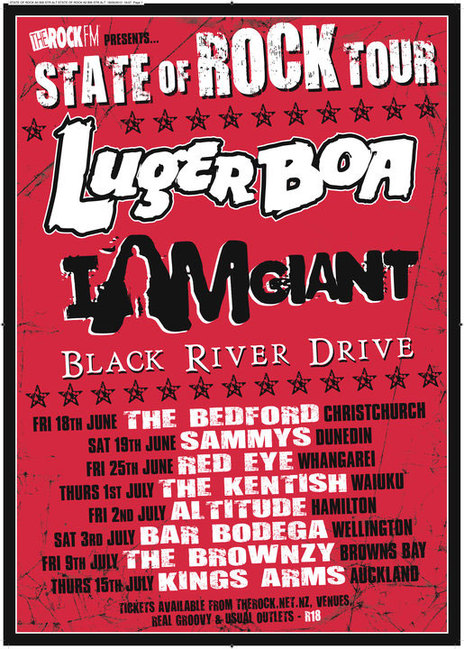 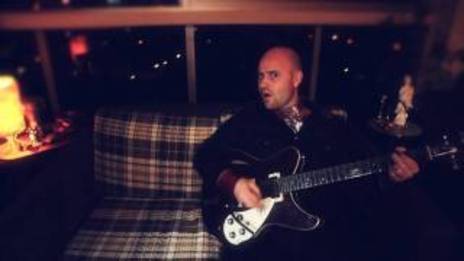 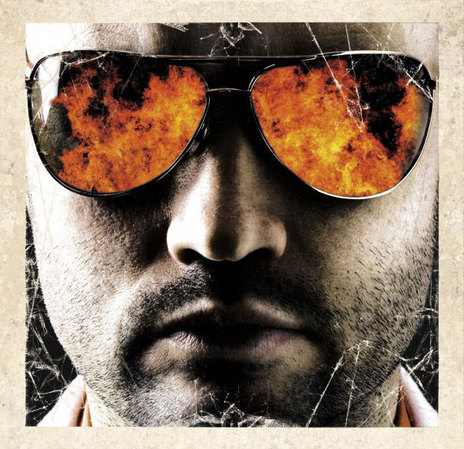 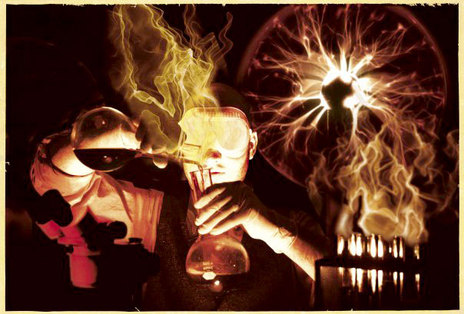 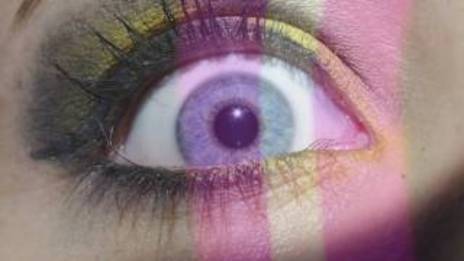 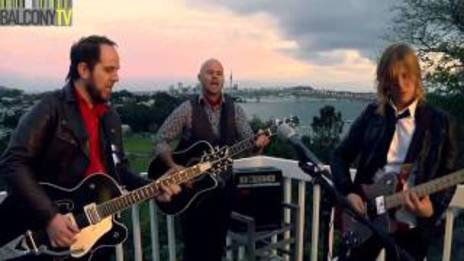 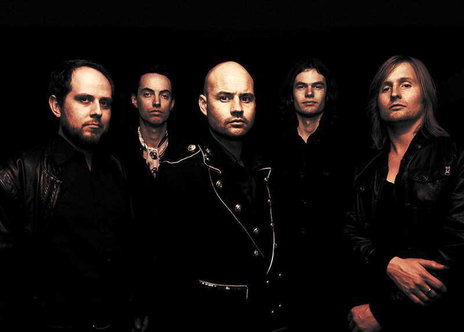 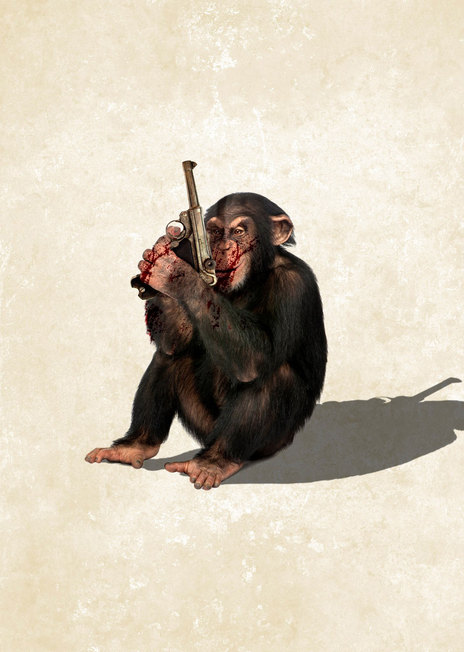 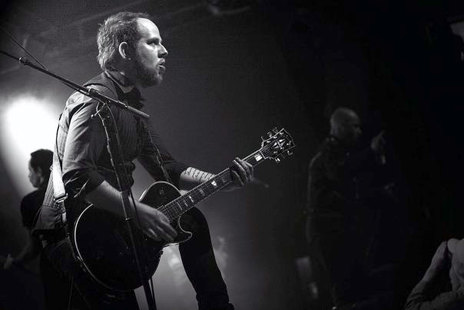 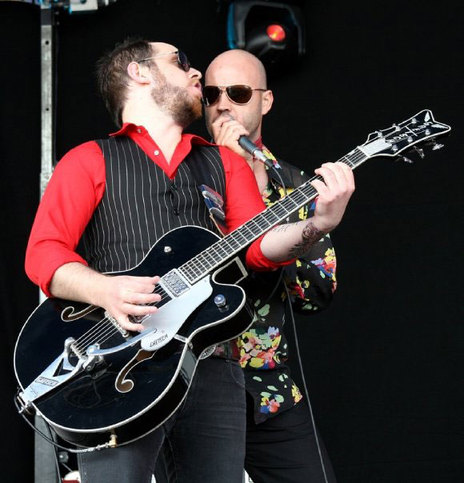 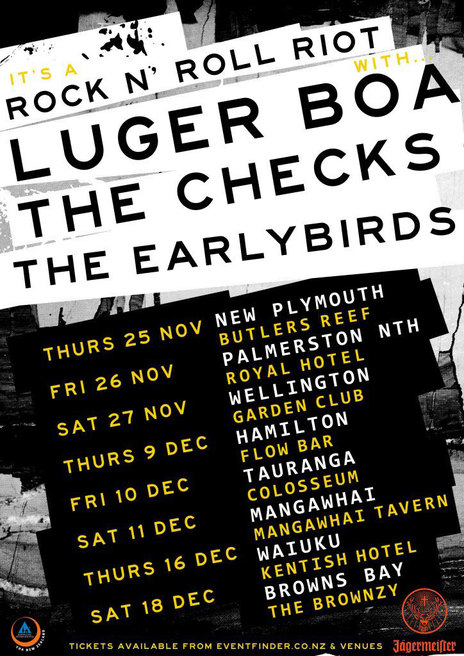 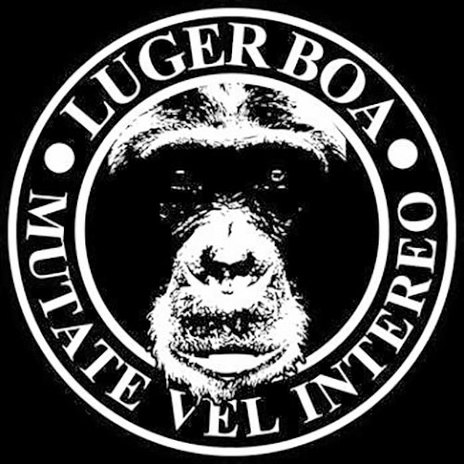 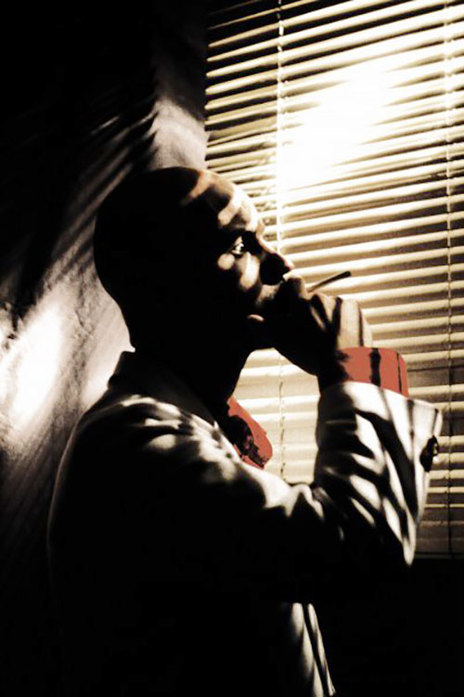 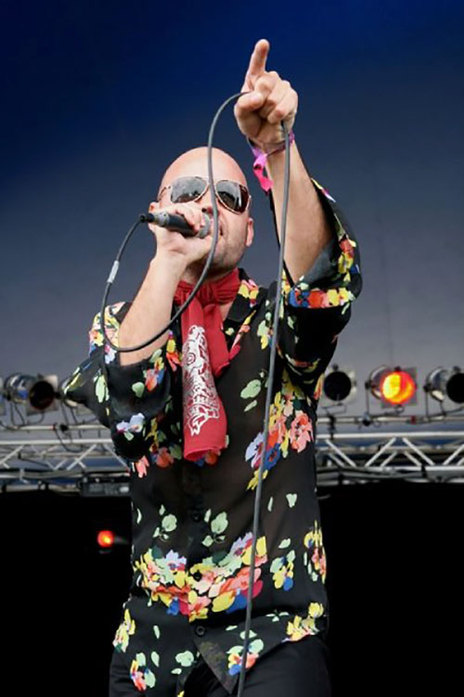 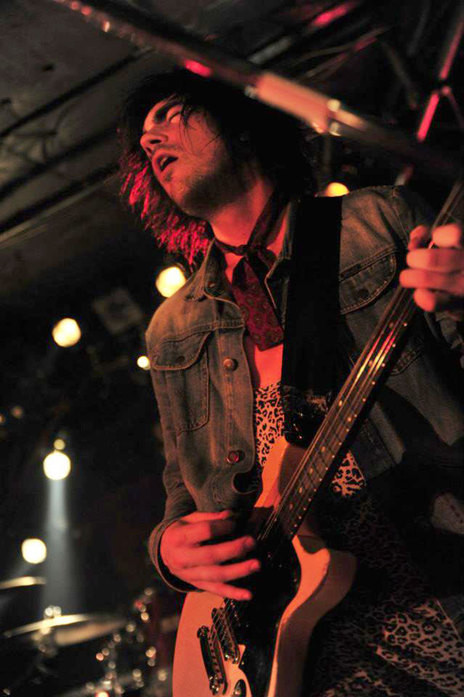 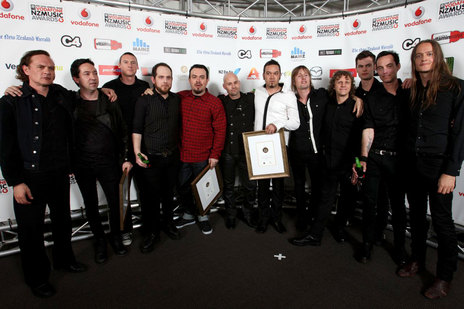 Shayne Carter, Shihad and Luger Boa backstage at the 2010 Vodafone New Zealand Music Awards. Luger Boa had just performed a Shihad medley as Shihad were inducted into the Hall Of Fame. 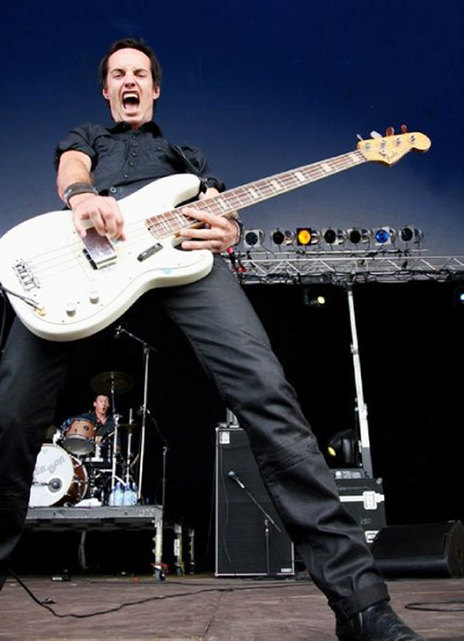 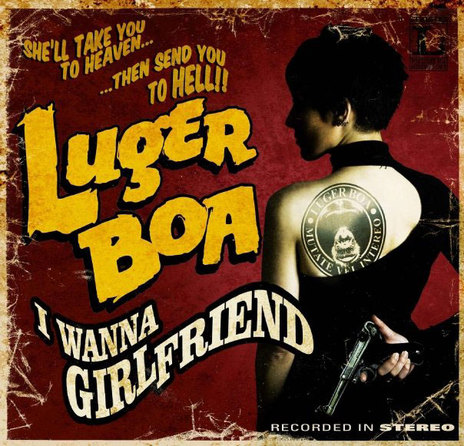 I Wanna Girlfriend, the 2008 single