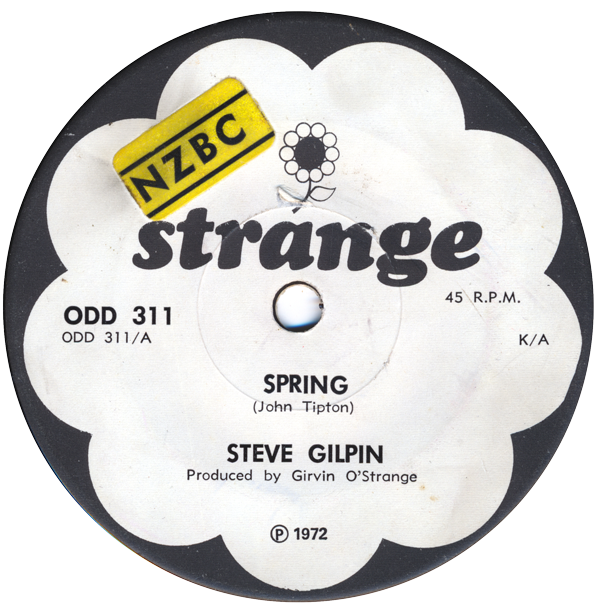 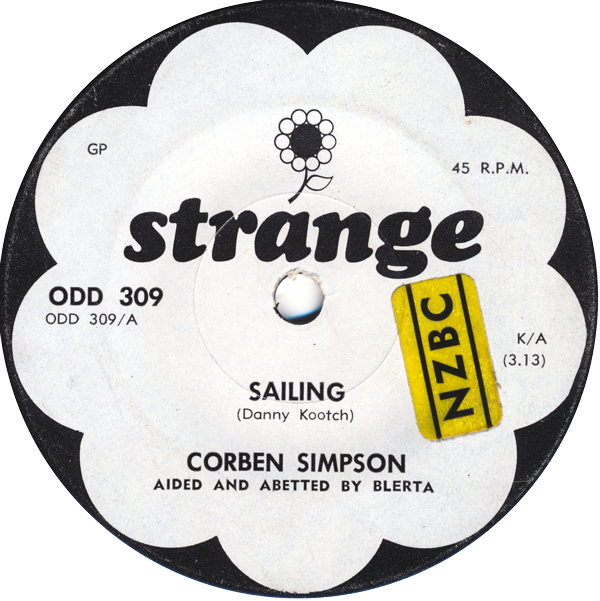 Morris followed through with a series of “Strange Records Presents” package tours and in 1973 he founded the Performing Arts Society in an attempt to maximise performers' earnings. The Society leased the former Downtown Club premises on Jervois Quay and named it Ziggy's. Members of the society included the Strange Records stable plus other Wellington performers – Anna Leah's husband, drummer Roger Clarke, singer Desna Sisarich and her husband Roger Watkins, (also a drummer and later the author of the definitive book on Wellington's beat bands, When Rock Got Rolling and a similar volume on Auckland, Hostage To The Beat), Malcolm George, guitarists Dave “Neddy” Knowles and Patrick McKenna, and pianists Mike Le Petit and Dave Read.

Day to day, Ziggy's was run by Sisarich and George. “For several years Ziggy's took up most of my time and my money,” says Desna Sisarich, “I had a full-time job at Victoria University and outside of that I fitted in my own music composition and performing.I performed a lot at Ziggy's in between cooking, cleaning, serving, managing staff, producing newsletters for the Performing Arts Society, all voluntarily. I would stagger home at 6am with burning feet and get a few hours sleep, then off to work at the real job!"

"Decor in the club was interesting,” notes Roger Watkins, “walls and ceiling painted black, and the ceiling was festooned with long strips of silver foil, the bits left after milk bottle tops had been pressed out. Cheap and clever – it looked great.”

The excitement of the halcyon 1960s had subsided and there were far fewer music venues in the Wellington region.

It wasn't really a good time to enter the nightclub industry. The excitement of the halcyon 1960s had subsided and there were far fewer music venues in the Wellington region. Youth clubs and weekend dances had ceased and only half a dozen hotels provided regular entertainment. Options were even fewer for teenagers, with just a handful of clubs – The Cave, The Cabin, Uncle Albert's Attic.

Finances were always tight, unaided by a proper bar. Desna Sisarich recalls: “Ziggy's was not licensed. We had a ‘locker’ system, which the police were aware of. Malcolm George and I would physically carry all the crates of drink mixes up a huge flight of stairs (no lifts) in our lunch breaks from our real jobs. I would prepare all the fillings etc. for the toasted sandwiches, also in my lunch breaks, and stack the fridge with food for cooking and selling in the weekend, only to find that certain bands who had been using the premises for rehearsals had come in and cleaned everything out. I was not happy, I personally paid for that food and I prepared most of it! This sort of thing went on a lot.”

The society's nucleus, in various combinations, provided most of the entertainment at Ziggy's; other bands included The Heartbreakers (with Simon Morris) and The Decent Chaps (fronted by guitarist Don Burke and sometimes featuring singer Andy Anderson); Corben Simpson was an occasional presence in between BLERTA tours, Mantis, Dragon and Split Enz played there and poet Gary McCormick's earliest performances were at the venue. But Ziggy's found it difficult to build a regular audience and at times the bands played to no one but other members of the Performing Arts Society.

"I remember when Split Enz and Dragon performed at Ziggy's – hardly anyone turned up in the early days," recalls Sisarich.

The turning point came almost by chance. In 1975 Roger Watkins, who had just returned from overseas, and guitarist Dave “Neddy” Knowles put together a resident band featuring (unpaid) society members, which evolved into a line-up featuring McKenna on lead vocals and pianist Dave Read. The bassist was Rob Harper, a friend of McKenna's and a sometimes busking partner. McKenna (co-writer of Corben Simpson's wonderful 'Running To The Sea') says, "Robbie was a violinist, new to the bass guitar, and he played it like … well maybe not a violin but he didn't play bass like anyone else I'd heard before or since. I think Robbie was the key to the band's sound. He played everything fast and loud." 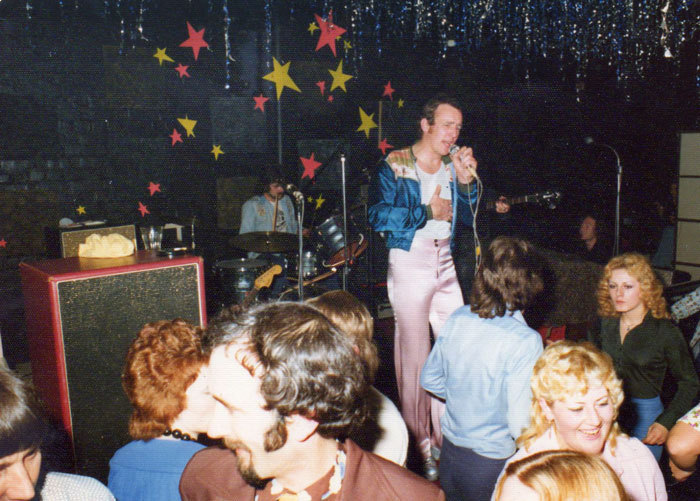 One can only compare them to the pioneering punk bands that were starting to emerge in Britain and the USA.

Naming themselves Bouldah, subtle they weren't. They didn't rehearse ("we only rehearsed on stage really", says McKenna) and they avoided both Top 40 and the prog rock histrionics then in vogue. Their repertoire was culled from the 1950s and 1960s, familiar enough songs but delivered at breakneck speed. One can only compare them to the pioneering punk bands that were starting to emerge in Britain and the USA. They wore make-up (badly!) and outrageous clothes (Harper in tuxedo with bow tie but no shirt or shoes, McKenna in torn shirt and one-legged trousers) and their behaviour set a poor example for Wellington teens, as they rarely took to the stage sober. 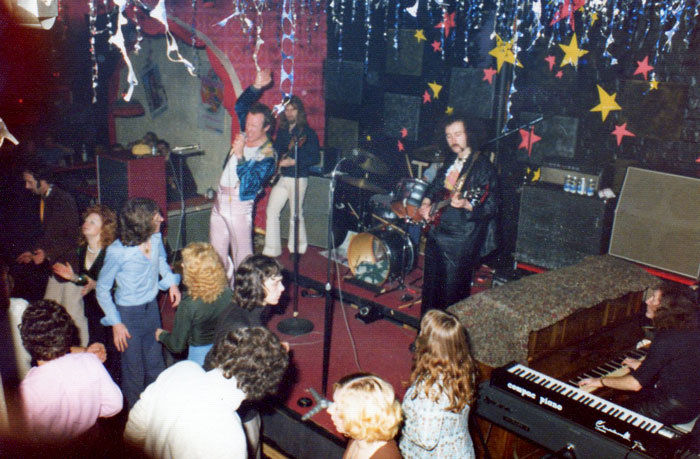 Bouldah at the original Ziggy's, August 1975

A remarkable thing about Bouldah is the speed in which they gained an audience. They debuted in June 1975, in front of what had become a sad and familiar sight – two or three dozen dedicated supporters, the large room appearing cavernous. Within a month they were packing them in three times a week, 200-300 nightly and growing. Although other bands would grace the stage, over the next 12 months Ziggy's would remain Bouldah's patch.

By the end of 1975, Ziggy's was the capital's most popular teenage nightspot. But the band responsible wasn't without its detractors. One night I dragged along a couple of prominent Wellington musicians who were horrified at my enthusiasm, citing sloppy musicianship, excessive volume, shocking rearrangements of classic songs and an unprofessional attitude ("And they were pissed!"). Bouldah didn't play the Doobie Brothers or Eagles but they did deliver a fantastic version of 'A Hard Day's Night', clocking in around 1.55.

Desna Sisarich: "They brought in hundreds of people and it was amazing to watch the punters when they arrived gravitate immediately to the dance floor. People from all walks of life, and the girls from Carmen's Balcony would wind themselves round two big poles that were propping up the ceiling in the middle of the dance floor – very entertaining. All thanks to Bouldah, whose popularity enabled us to pay off all the outstanding debts."

In July 1976 it all came to a fiery end. The premises was firebombed, the building gutted, PA and instruments destroyed.

In July 1976 it all came to a fiery end. The premises was firebombed, the building gutted, PA and instruments destroyed. One of the two people later convicted of arson had a very close relationship with the owners of a competing nightspot.

Desna Sisarich: "I was at home ill on the night of the bombing in the Jervois Quay premises, thankfully … I think there were some sort of threats made from our competitors in the night life world … something had to give."

Roger Watkins recalls: "By 1976, Desna and I were a couple and we wanted a more settled life – Ziggy’s took up most of our time and most of Desna’s regular job salary."

They both made the decision to pull out of the club, and Watkins also left Bouldah, who carried on with a succession of drummers, including Roger Clarke and Delatour Ranginui. Stewart Macpherson organised a fundraiser at the Wellington Town Hall and most major Wellington bands performed. In 1977 new premises were secured at the Trades Hall in Vivian Street. Red Mole and the Suburban Reptiles varied the entertainment but the impetus had been lost. Bouldah was in disarray with a new line-up, crowds didn't pick up and most of those associated with the Performing Arts Society lost interest.

Edd Morris: "The society just fell by the wayside … in between the two Ziggy's, everyone's enthusiasm dropped off. You could say that we were all burned out by the fire."

In theory, the Performing Arts Society/Ziggy's was just fine; a collective of musicians “owning” their own nightclub, but it was ultimately a failed experiment, a brave folly and a costly failure, defeating its very purpose. But for 12 months Bouldah provided a taster for what was to follow. They may not have been punk rock but their musical attitude anticipated the movement by two years.