John Mercer became a photographer by accident – literally. In 1973 he was involved in a “horrible” accident, and as a result received some compensation. With this he bought his first camera, an Olympus OM1. “I was trying to hang out and make a living and become a photographer.”

Live music was already a big part of his life. At the beginning of 1973 he attended The Great Ngāruawāhia Music Festival, an unforgettable experience. “I was there when Split Ends came out and got bombed off the stage with full beer cans,” he recalls. “They were unlike anything else on at the festival. The Black Sabbath fans hated anything that came between them and Ozzy Osbourne. The stage faced a tall, pointy hill, and sometime in the Black Sabbath act, they lit a huge bonfire on a cross. It was very exciting at the time.”

Mercer was born in Taranaki, but by the early 70s he was living in Hamilton. He took his first photos in about 1974-75, at the fondly remembered Hillcrest Tavern. Sam Hunt and Gary McCormick were the support act for Trooper, from Christchurch. 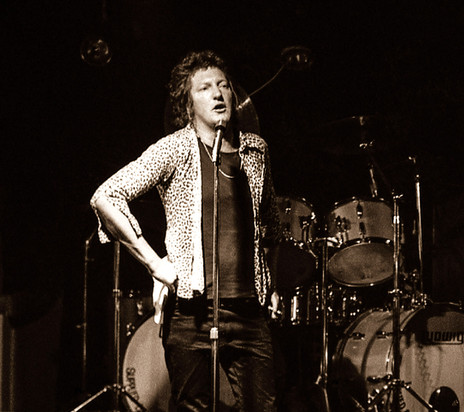 “I was at the Hillcrest a lot, probably since 1971. It was a revelation – Trooper was the first band to turn up with eye makeup on, looking androgynous and very interesting. It was also the way they played, but there was something mesmerising about their presentation.

“The Hillcrest was just a great hang out for people to drink jugs and talk bullshit and listen to the band if you wanted. It was the place to be on a Saturday afternoon.”

Returning to Hamilton on a visit in 2019, after years away in Australia, and finding the Hillcrest had gone, “was like a flaw in space and time.”

Throughout the 1970s Mercer hung out with musicians in the region, such as guitarist Dave Maybee and keyboardist John Dacre. One day he asked Dacre how he went about playing piano with a band, and he replied, “I just listen and then I make a sound.”

In the late 70s, with a partner and a young child, Mercer thought it was time to try and make a living out of his camera. “One day, about 1979, I decided I was going to be a photographer. With friends in Hamilton, we formed the Photographers Workshop, we had our space near the old Regent Theatre. Each of us had our own business – mine was black and white photography and processing. The workshop had a gallery for exhibitions, a darkroom people could hire, and that we used. We started giving photography lessons. Looking back, we were doing quite well, so it was crazy it fell apart.” The group called themselves Cameraworks.

For Mercer the pivotal event came in the winter of 1981: the Springbok tour. “That’s when I really felt like a documentary photographer, that’s my mode. I record stuff, I’m not going in for the big iconic photo. But the Springbok tour galvanised that, and focused me.”

Because he has been living in Adelaide with his family since 1985, it was only about 2015 that he began to open up the archives he had left behind. “It was amazing.” He found that the Auckland Museum had collected a Cameraworks poster taken during the Springbok tour, and offered them some more. “Sean Higgins there was excited. It’s taken three or four years, but now my photographs of the third test in Auckland are up on the Auckland Museum website. I’m there with Robin Morrison and Gil Hanly – that does my head in.” Mercer has also found photos he took of the Springbok game in Hamilton that was called off, and a demonstration against the tour at the Rotorua game. Several were featured in a Waikato Art Museum exhibition marking the 30th anniversary of the tour.

The early 80s were a great period for original music coming through, says Mercer. “At the Hamilton Hotel I saw Th’ Dudes, with Dave Dobbyn a roiled-up character, and saw Mi-Sex ... I got the feeling at the Musos’ Club that something was bubbling away.”

For Mercer, part of the motivation of opening up his vault “is realising my children, now grown up, would have no idea what this is about, they’re not interested. That’s a big driver to get the stuff out of here. We’ve been giving negatives to friends, some of those involved, and people from the Hamilton music reunion [2019].” 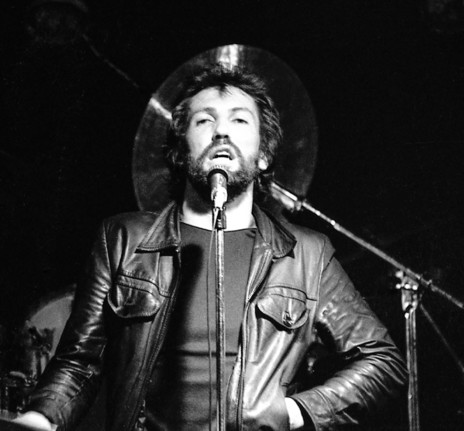 “Sam Hunt and Gary were a revelation, performing poetry between sets. I always loved Sam’s cadence of his poetry, in that he was described as the iconic and laconic bard of New Zealand, because his words were well chosen and not too many of them. His work was always grounded, the poetry came out of where he was standing. He’s a couple of years older than me but seems a much wiser person.

“Gary McCormick was slightly more edgy in what he talked about and the way he talked about it. They were a pair of rascals really. The photo of Gary, he’s standing in front of the hi-hat cymbals, which gave him a bit of a halo.” 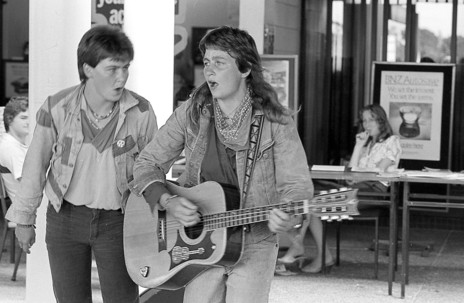 “This was taken some time in the late 70s. Looking at the negatives I probably wasn’t as prepared as I should have been, the technical quality not as good.” 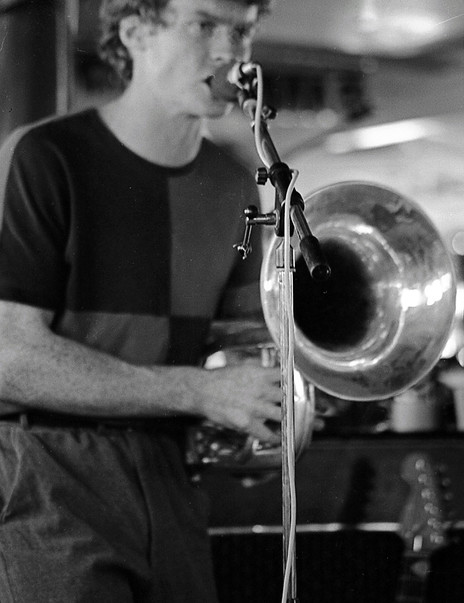 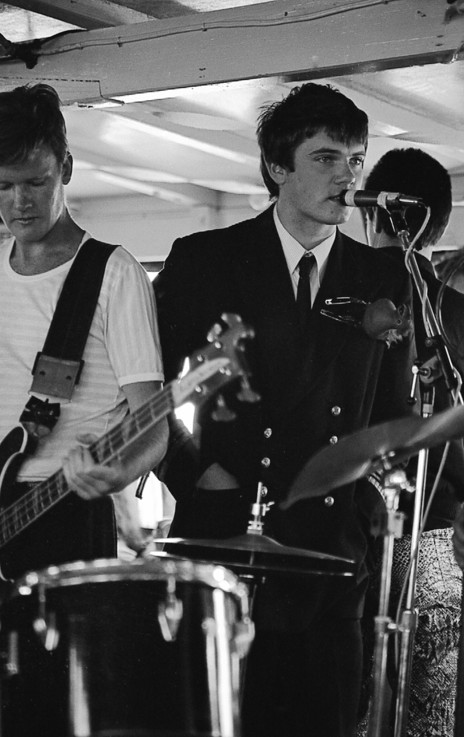 “The Ngaroma event was the birthday of a friend, a bunch of us travelled up from Hamilton. Bryan Staff probably organised it. It was a tight party: the Ngaroma was tiny, with low ceilings. The light was crap so there’s quite a bit of over exposure – I like that pic of Don McGlashan, it was the first time I’d heard him play the euphonium. That song was magic. When I finally figured out who Blam Blam Blam were, and read about Tim Mahon’s accident, it gave the photos more pungency.” 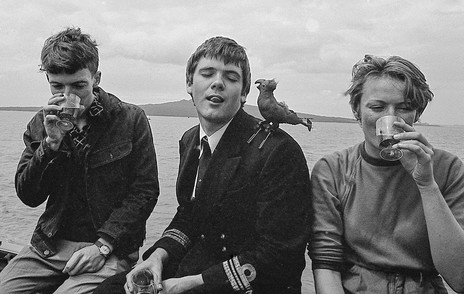 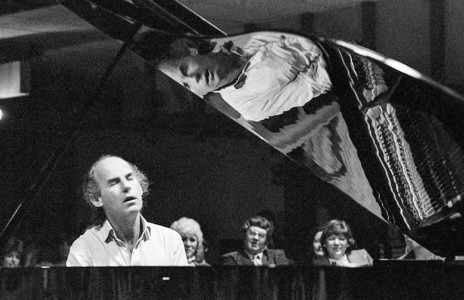 “The Mike Nock concert was just him and the piano, with no other musicians. It was a fabulous performance, even to me as a once-removed photographer. I could hear the music, everyone was enthralled. That image is the one that shows how absorbed in the music Nock was, and the reflection took a bit of waiting to get that shot. The man below, the music above.” 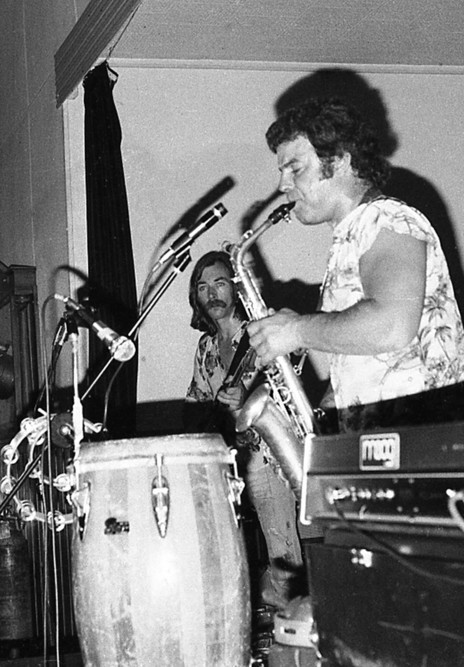 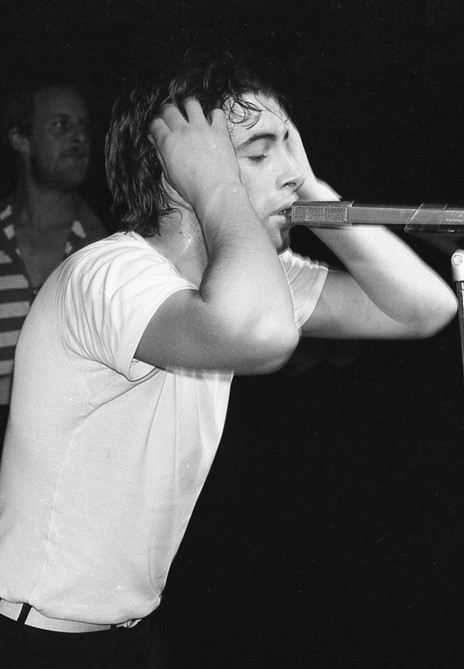 “These are taken at the Musos’ club. The Musos’ nights were free, I went along, without any intentions for the photos. Maybe I thought the musos would buy them from me. The club nights were loud, smoky, a lot of booze, great music. My mode as a photographer is I’m like a fly on a wall, I try and seem invisible, and I take photographs. I don’t tend to interact with people, I wasn’t making friends I was doing what I was doing.”

“The festival was the Karapiro Harvest Festival, it was quite a big event: not a Sweetwaters or Nambassa, but it was fairly big, and went on for a couple of days. That was going to be a working gig of some sort, but any idea of how you translate that work in to dollars and cents was pretty hopeless really. I got up on the stage when I photographed the Midge Marsden Connection, and also photographed the Newmatics. The Angels were the headline act at Karapiro, invited me into the caravan. Lovely guys, couldn’t imagine a quieter, more articulate and educated private school boys. Did I take photographs? I did not, my wits were too scrambled.” 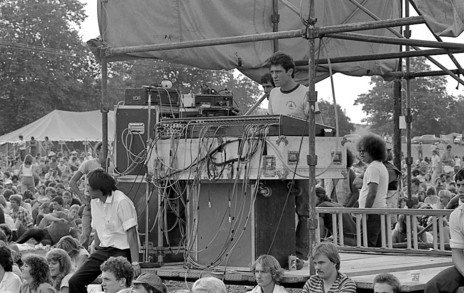 “That’s Bruce Godfrey on the desk, an old friend. For me Bruce’s intense concentration on what he’s doing is related with the quality of the music coming off the stage. The guys doing the spaghetti of cables are the backbone.” 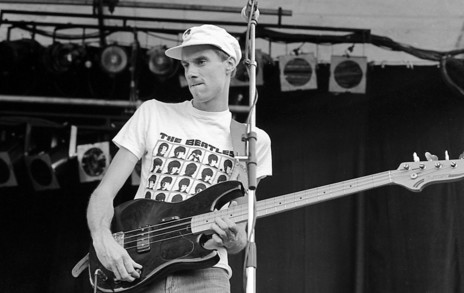 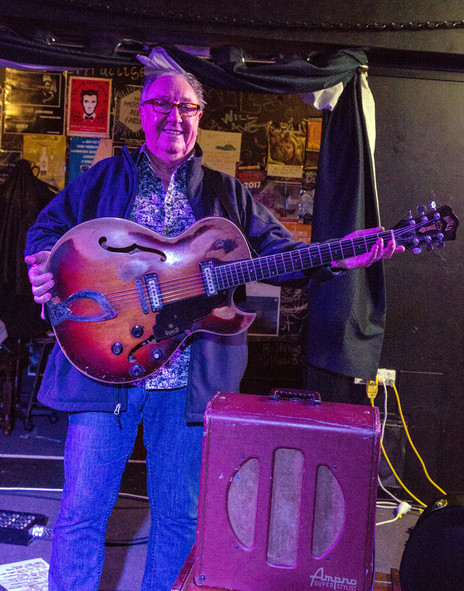 “This was taken at the Nivara lounge in Hamilton. I showed Midge the photo of Karapiro, and he got terribly excited and got out his guitar, which he’d played in Karapiro.”