Nothing goes to waste: kept in a shoebox since 1986, these photographs were taken on a borrowed Minolta 35mm “point and shoot” camera, when every frame on a roll counted. 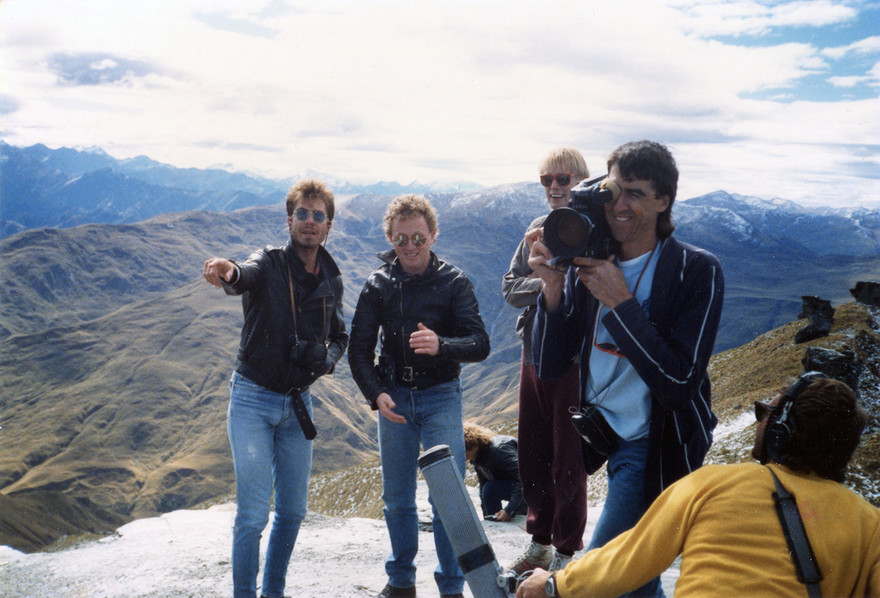 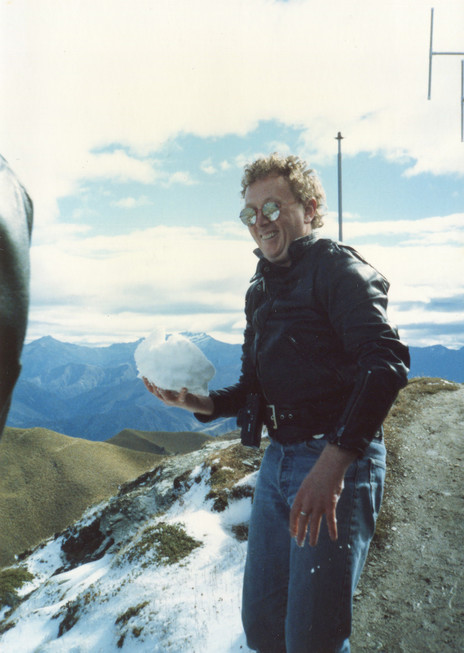 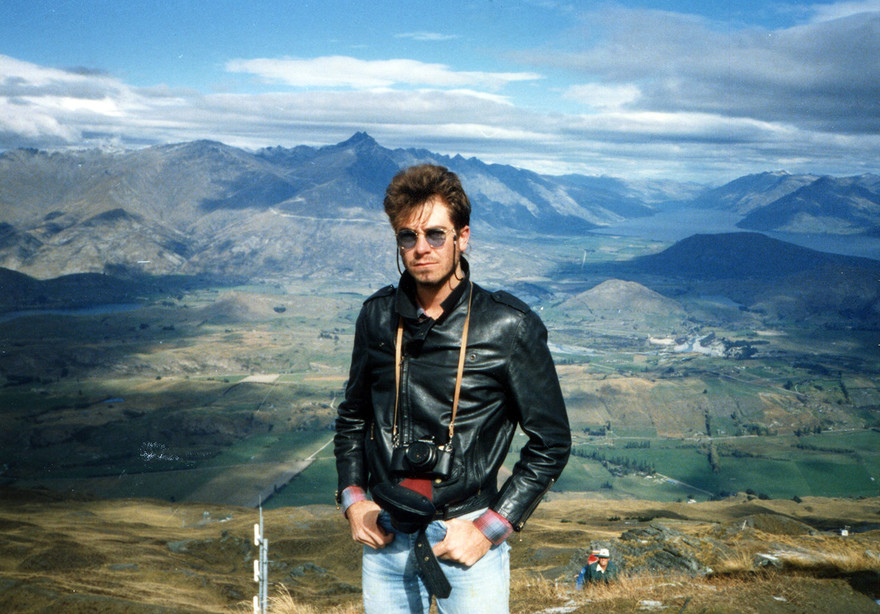 Ian Belton, Australian bassist. Earlier, he was a member of QED with Jenny Morris, and played in Malcolm McCallum’s band. Seven years after this Stone People tour he died of cancer, on 2 May 1993. 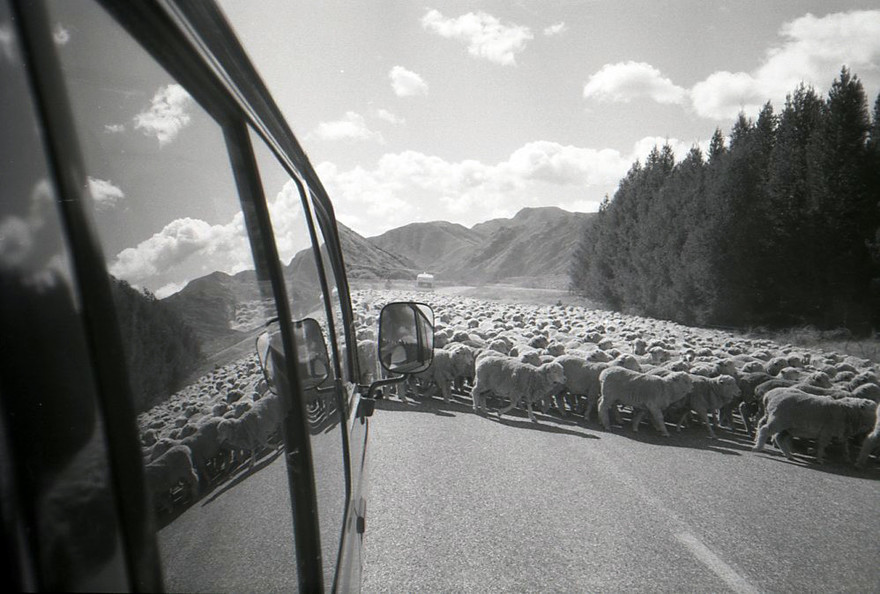 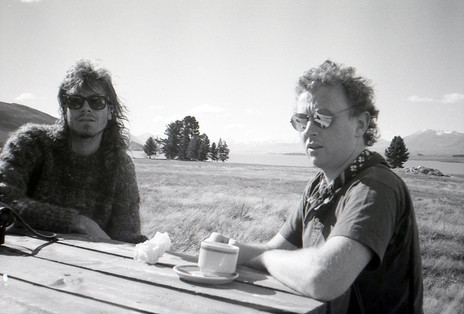 Ian Belton and Dave Dobbyn, central Otago, on the way to Ashburton. 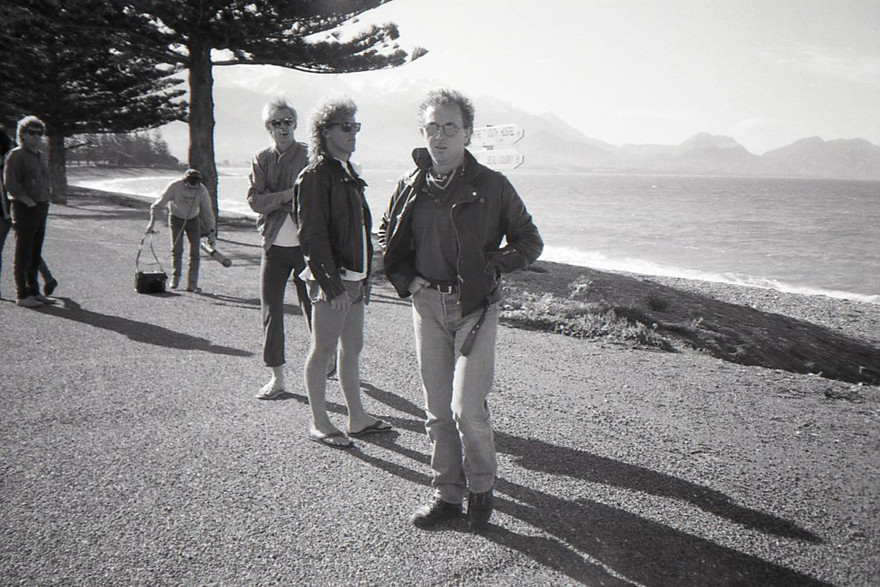 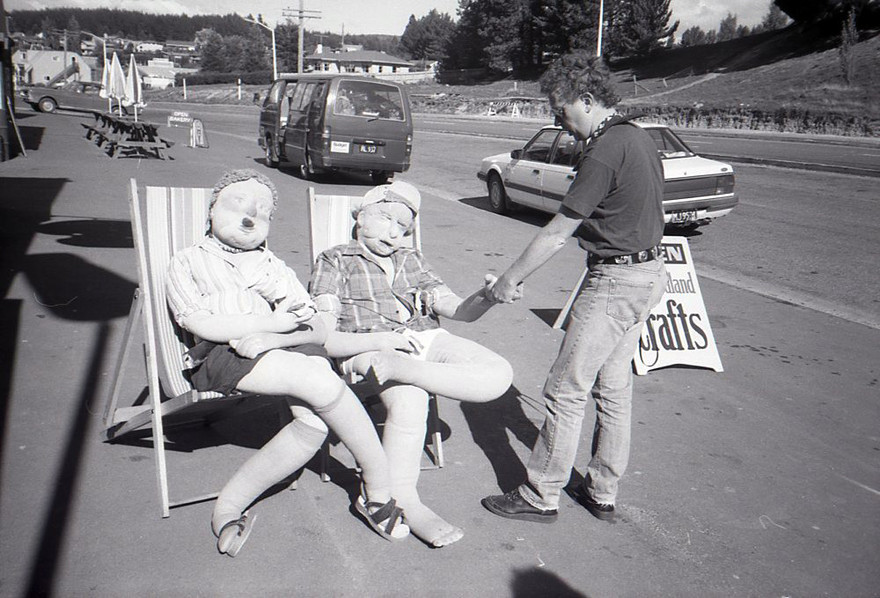 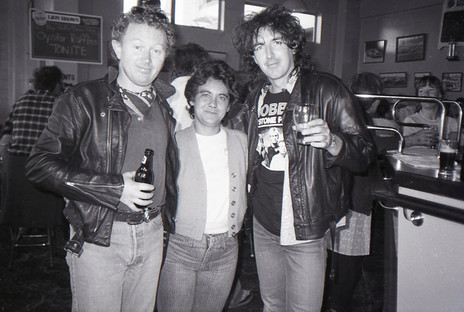 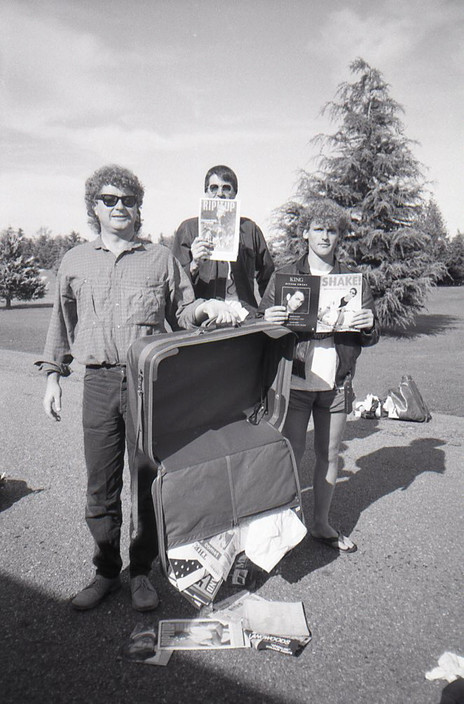 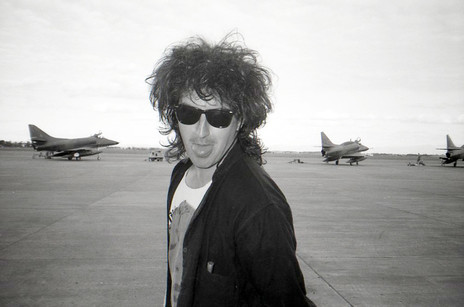 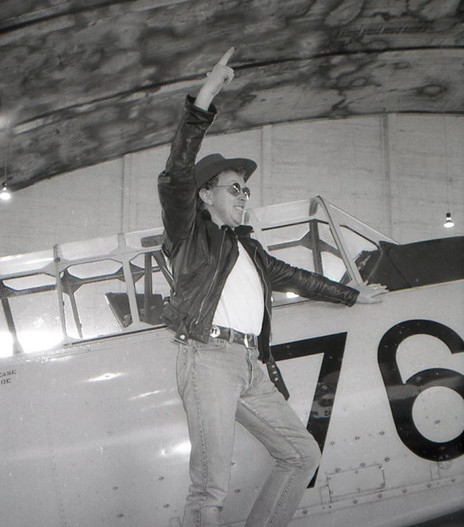 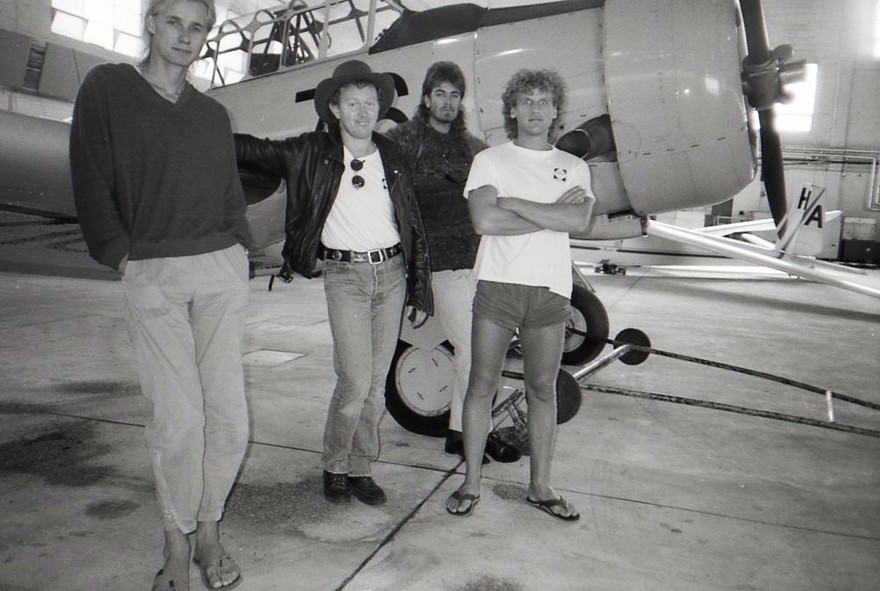 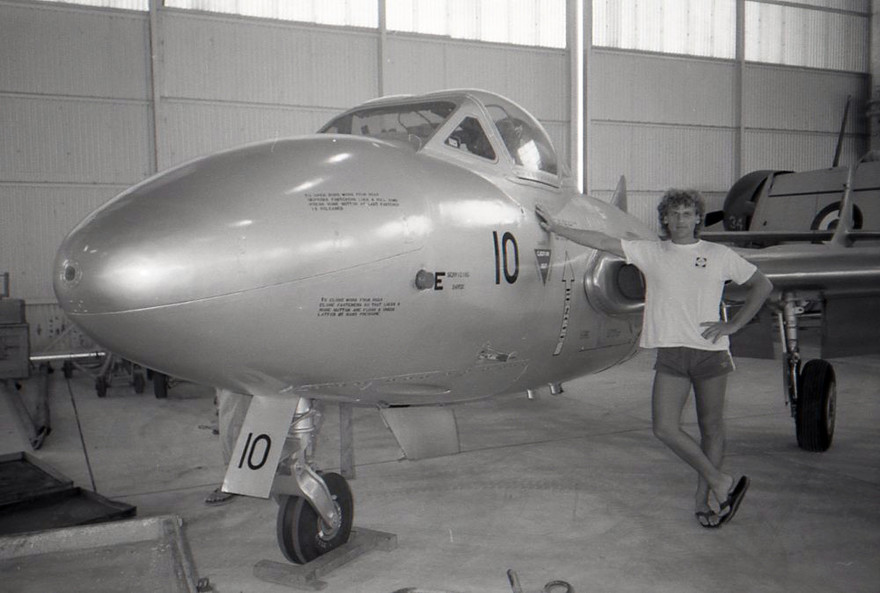 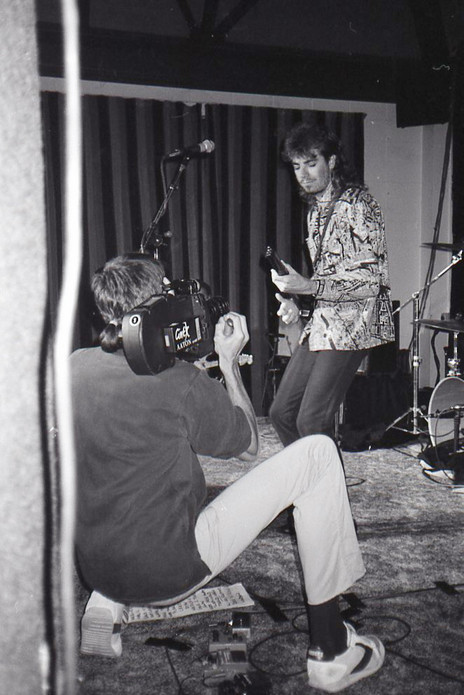 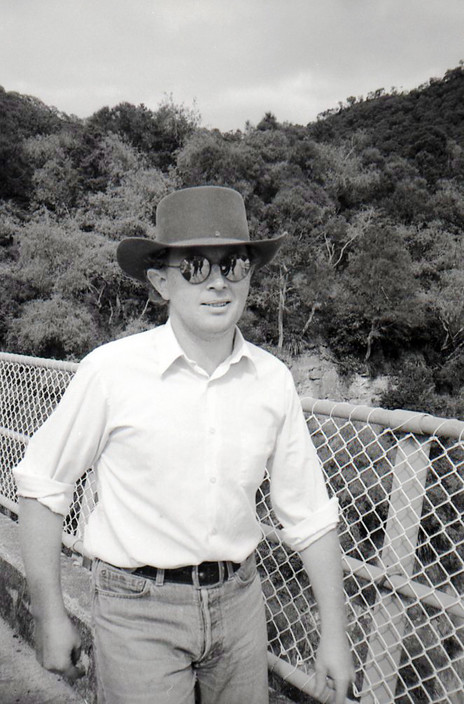 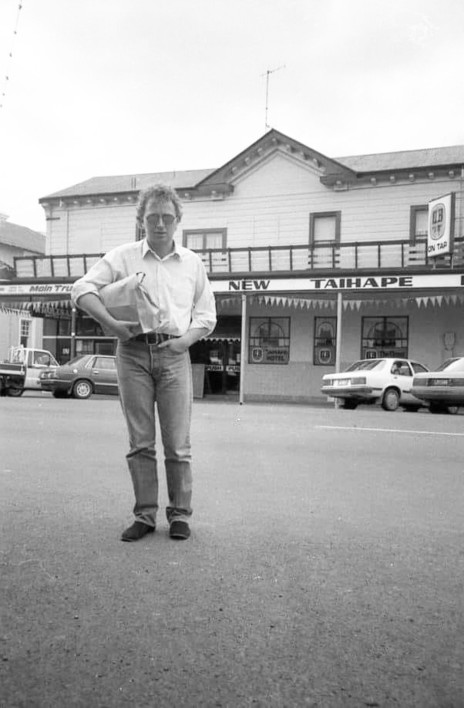 Exile on Main Street: the New Taihape burnt down in 1999. 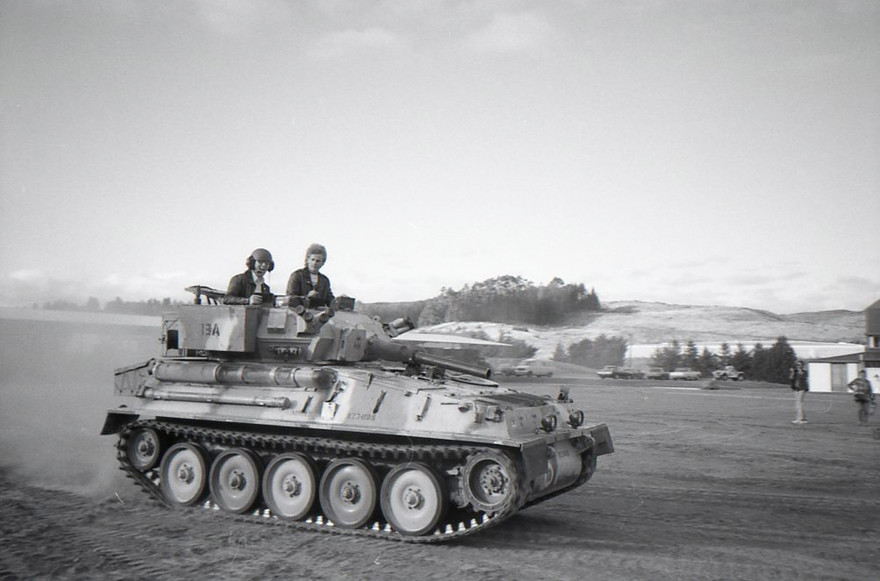 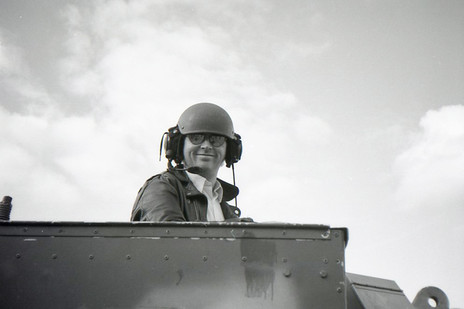 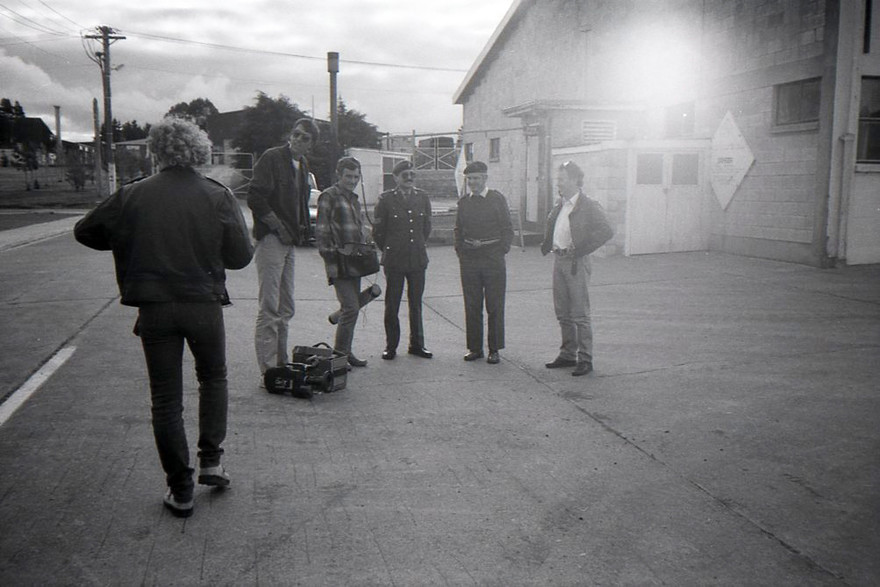 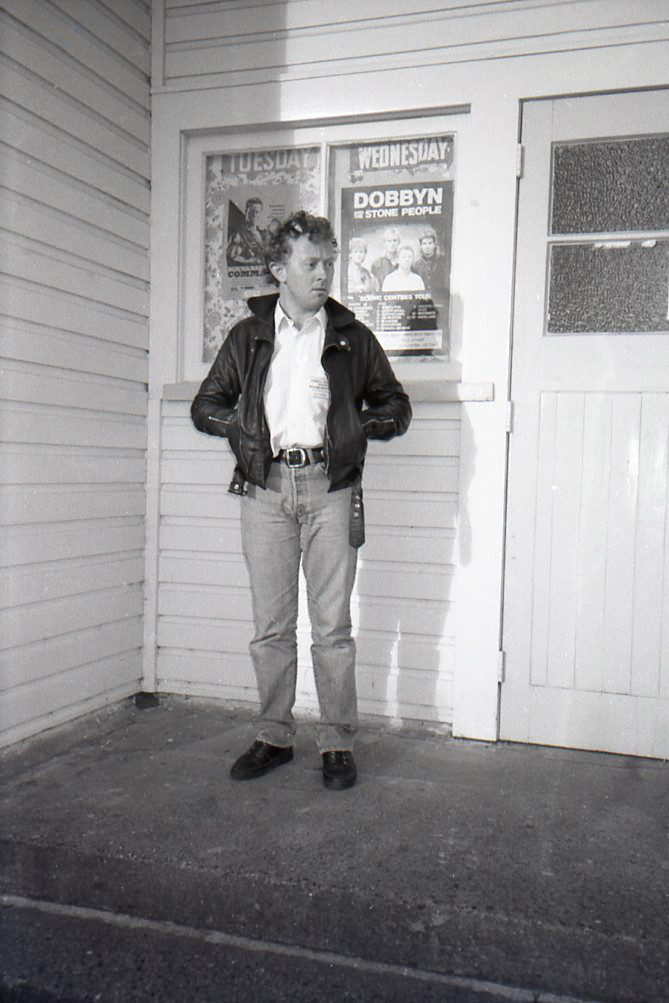 Tuesday at Waiouru: Arnold Schwarzenegger in Commando. Wednesday: Dobbyn and the Stone People.