Perhaps the definitive band of Flying Nun Records' second wave, the Jean-Paul Sartre Experience – or as they were later, more manageably called, the JPS Experience or just JPSE – not only left a memorable, and surprisingly diverse catalogue, but went on as individuals to play their part in several other classic acts.

The core of the band, David Yetton and Dave Mulcahy, first played together in school groups, and then in what was described in an early Rip It Up interview as "a seven-piece band that played free-form rock" in the Christchurch suburb of Woolston. In 1985 they met Invercargill native Gary Sullivan through a mutual friend who was experimenting with magic mushrooms, reading Sartre and suffering a consequent existential crisis. Thus inspired, the three dubbed themselves the Jean Paul Sartre Experience.

The band played some gigs but went into recess when Mulcahy moved to Australia. Yetton and Sullivan began playing with their friend James Laing, (formerly of Nicotine) as Sonny Stone and the Little Creepers. On Mulcahy's return near the end of 1985, The Jean Paul Sartre Experience resumed with Laing as a permanent member.

A cassette tape of songs recorded with their live soundman Rob Pinder and packaged in a dog food tin not only sold out its initial run of 35, but scored them an invitation to play a Flying Nun Christmas party, where they caught the attention of label founder Roger Shepherd (who, according to witnesses, ended his evening with a dip in the Avon River). Also present, but dry throughout, was Sneaky Feelings' David Pine, who offered the band their first show out of Christchurch – a support slot in Dunedin.

The following year, with a clutch of songs written in Mulcahy's absence, the band made its first proper recordings in Christchurch's Nightshift Studio. The exercise indicated that while JPSE were of a different stripe to the first wave of Nun bands, they were still working out what that stripe was.

"We went in with a whole lot of ideas for effects and things and tried for a while but in the end it didn't work," Yetton told Rip It Up. "So we went back and just did it the way it came out – pretty straight with a few extra noises dubbed on."

In the end, Pinder, virtually a fifth member of the band, played a significant role in delivering the sound of their debut self-titled five-track EP, whose two sides were respectively dubbed "Quiet" and "Rock Music". The latter contained two of their best songs, 'Flex' and 'The Loving Grapevine'.

It was a good time to be with Flying Nun, which was expanding into Europe, and the EP became the fourth release on Flying Nun Europe. The debut album, Love Songs, followed not long after in 1987 and showcased a more adventurous studio band, from the Canterbury Plains funk of 'Let That Good Thing Grow' (which had previously appeared on the student radio compilation Weird Culture, Weird Custom) to the lilting pop of 'I Like Rain'. Love Songs was released on Flying Nun Europe; US label Communion confused trainspotters the world over by releasing a version that included all of the debut EP and only four songs from the original album release.

Then it was Yetton's turn for a sabbatical (to the UK, to follow his heart) and then a frustrating further delay when Flying Nun – stalled by Shepherd's move to sell half his "hopelessly under-capitalised" label to Australia's Mushroom Records – was unable to release a second album until 18 months after its completion.

That second album, The Size of Food, eventually emerged in 1990 before the band made the move to Auckland in 1991, where they added music journalist Russell Baillie on keyboards. They got busy touring, releasing the non-album single 'Precious', recording music for the soundtrack of the film Crush, and putting out the Breathe EP, whose title track made the national Top 10.

Bleeding Star was licensed to New York's Matador Records and JPSE set off with The Bats and Straitjacket Fits on the Noisyland tour.

The third album, Bleeding Star (like Breathe, recorded with Mark Tierney as producer – but without Baillie), was their most cohesive, their noisiest – and also their last.

At the time, it seemed more like a new beginning than an end. Bleeding Star was licensed to New York's Matador Records and JPSE set off with The Bats and Straitjacket Fits on the Noisyland tour through the US, UK and Europe, taking in the New Music Seminar in New York.

Mulcahy departed and was replaced by Solid Gold Hell guitarist Matthew Heine. The band returned to the UK and Europe for a second tour and then began recording demos for what would have been a fourth album. But internal tensions and dissatisfaction with the band's progress eventually told and the group disbanded for good.

It wasn't the end of the story: Yetton made two well-received albums as The Stereo Bus (the first with Sullivan) and one solo record; Laing formed Lanky with drummer Robert Key and released the album Wait; Mulcahy formed Superette and Eskimo and released the well-regarded solo album Oddy Knocky; Sullivan played in Solid Gold Hell and has forged a long-running creative partnership with Shayne Carter.

It's a story of fits and starts, but one that left a legacy both at home and afar. As Fred Mills observed in Trouser Press, The Jean-Paul Sartre Experience were responsible for "some of the finest New Zealand records ever. And one of the greatest band names, period."

Jim Laing passed away on April 12, 2016. In tribute to him, JPS Experience reformed for a gig on 22 April 2017, at the Hollywood Theatre in Auckland's Avondale, with many guest musicians taking part. 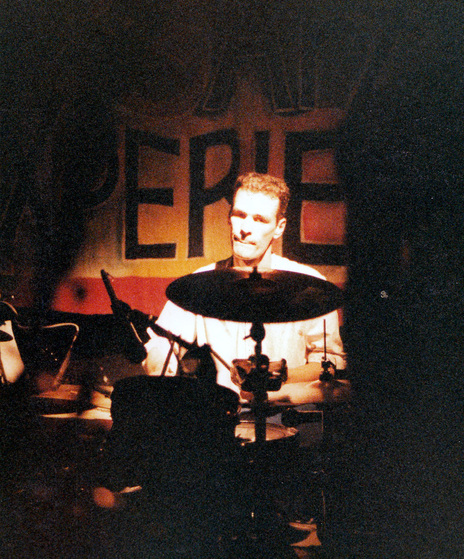 Gary Sullivan at the Gladstone, Christchurch, 1986 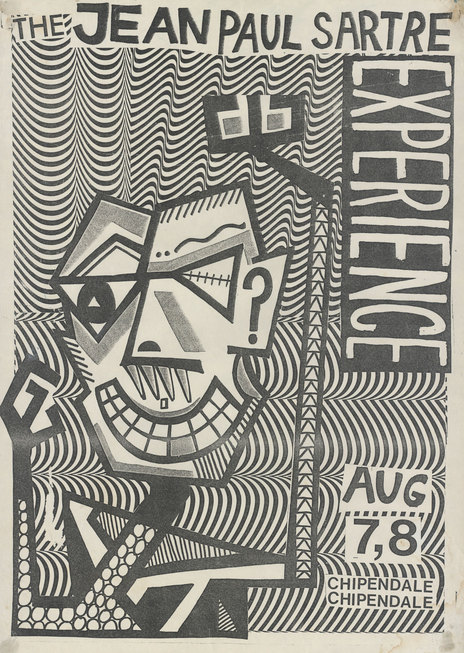 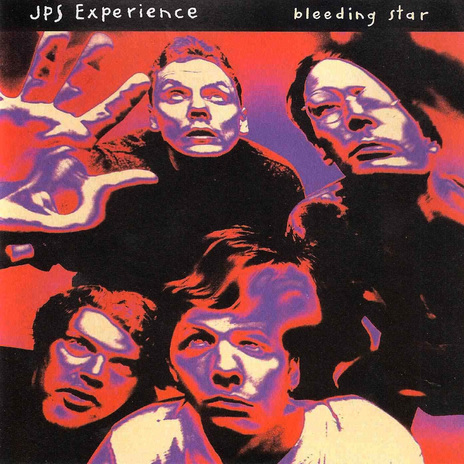 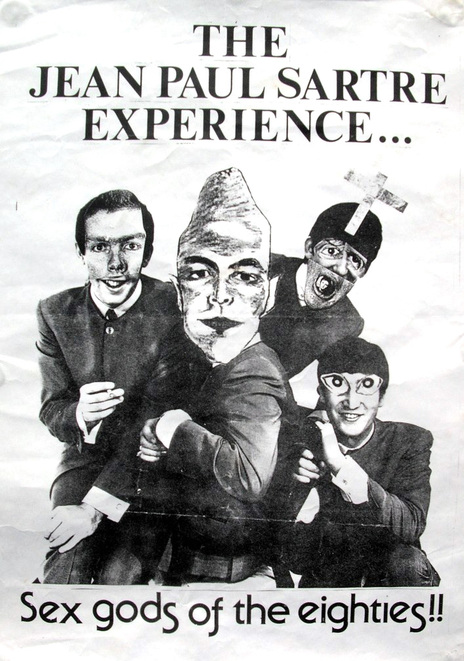 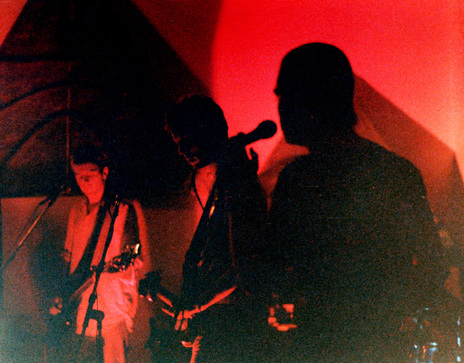 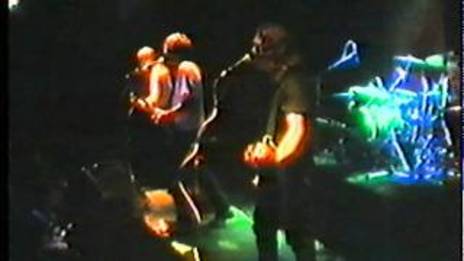 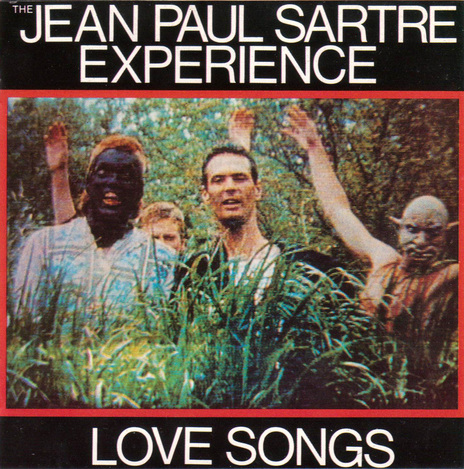 The US cover Jean-Paul Sartre Experience's 1986 album, Love Songs. The album was released on the small Communion label in the United States.
ImageableImage 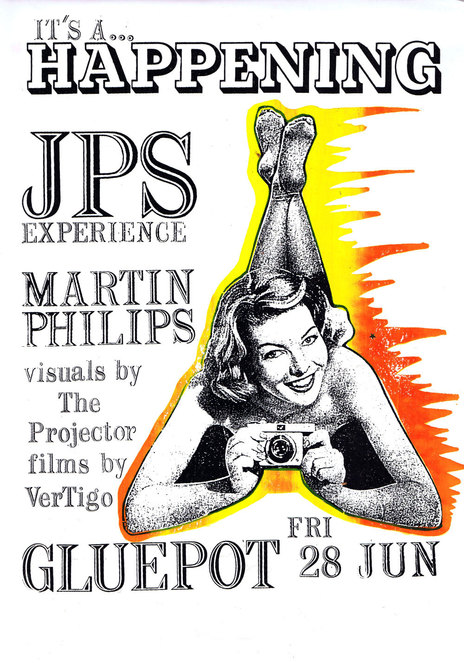 JPS Experience, Martin Phillipps (misspelled) with visuals by Projector Mix at Auckland's The Gluepot, June 1991. This was the first time the name Projector was used by the soon to be called Projector Mix.
EmbeddableItem EmbeddableItem! type = Person 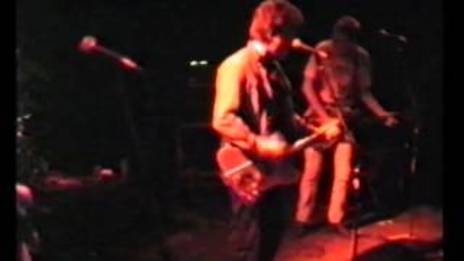 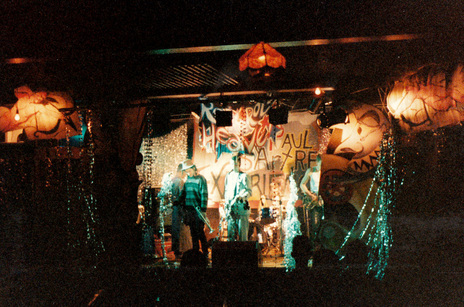 Jean-Paul Sartre Experience at the Gladstone, Christchurch, 1986. The decorations were cut up milk bottle tops 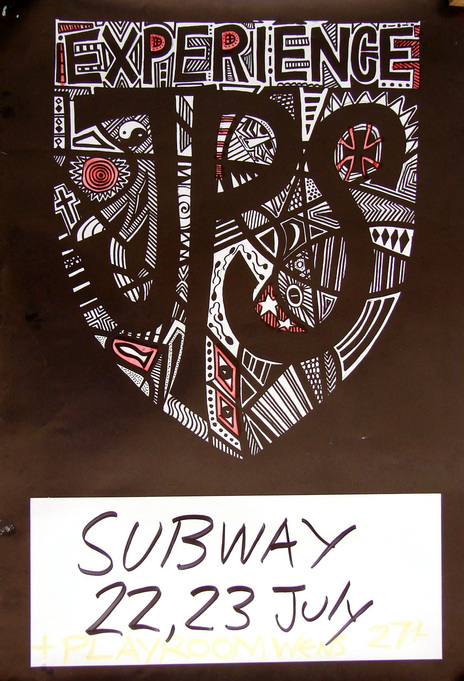 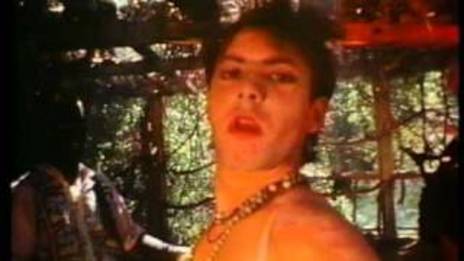 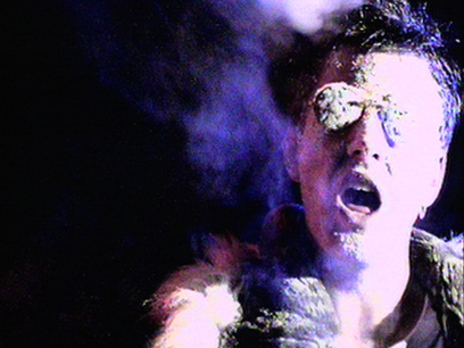 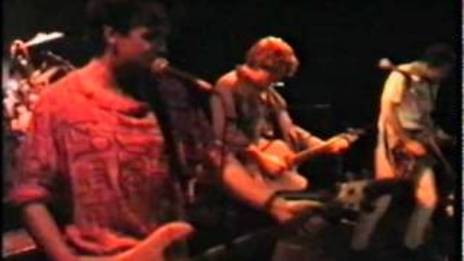 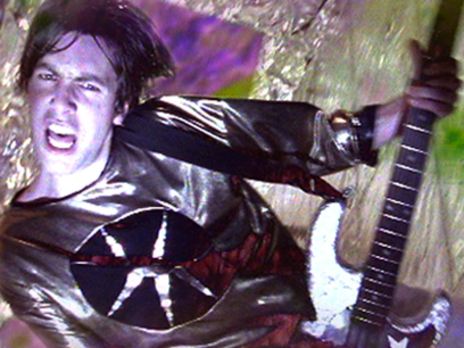 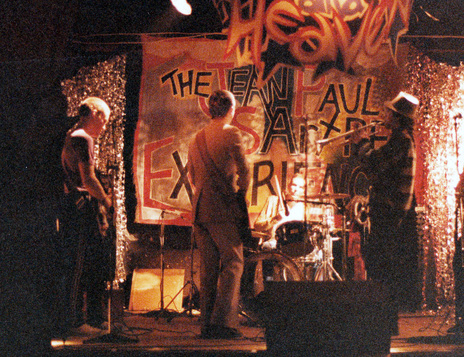 Jean-Paul Sartre Experience at the Gladstone, 1986 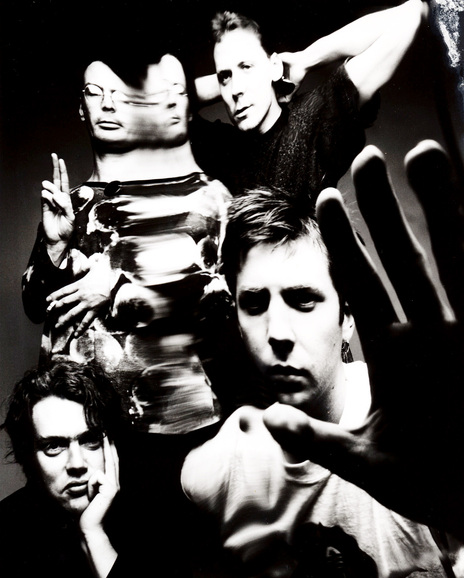 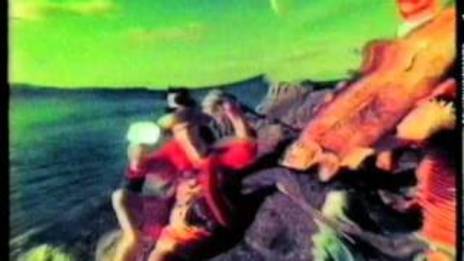 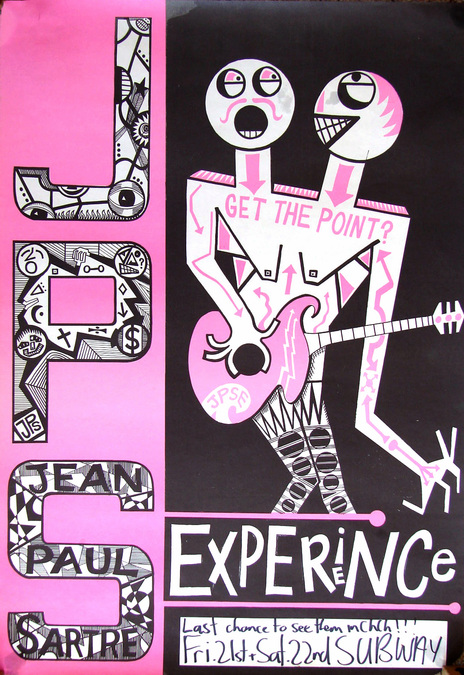 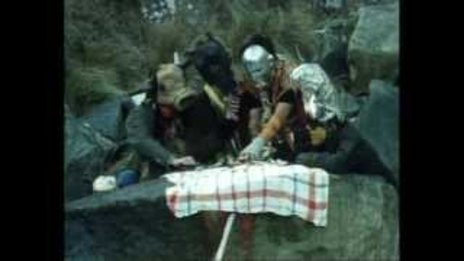 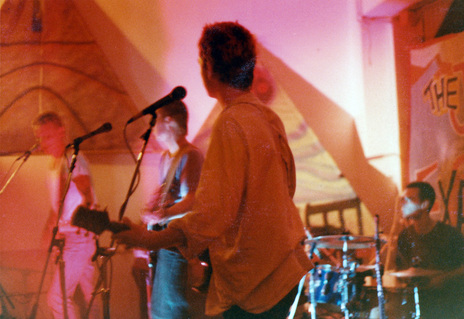 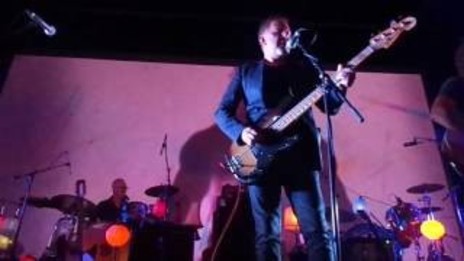 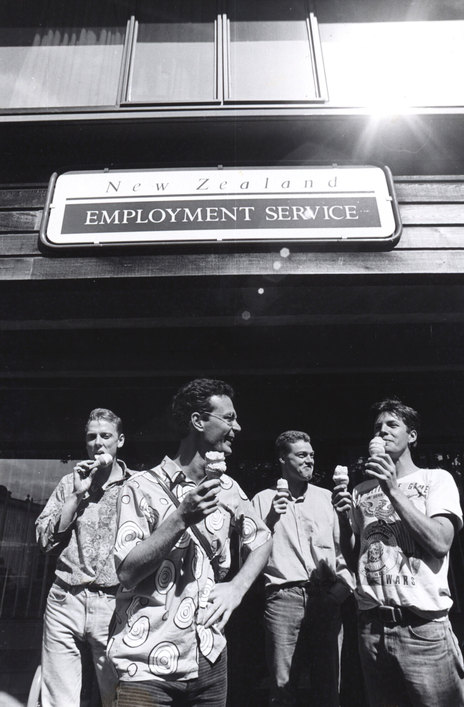 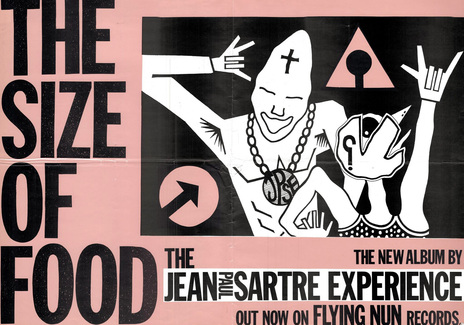 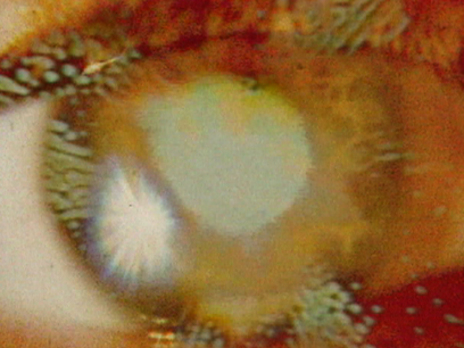 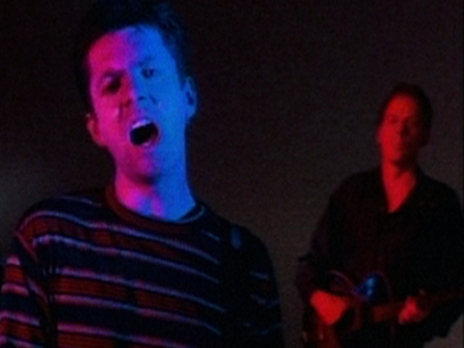 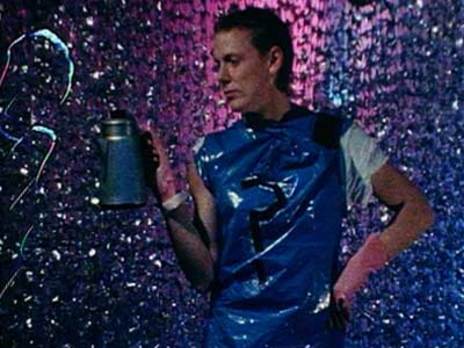 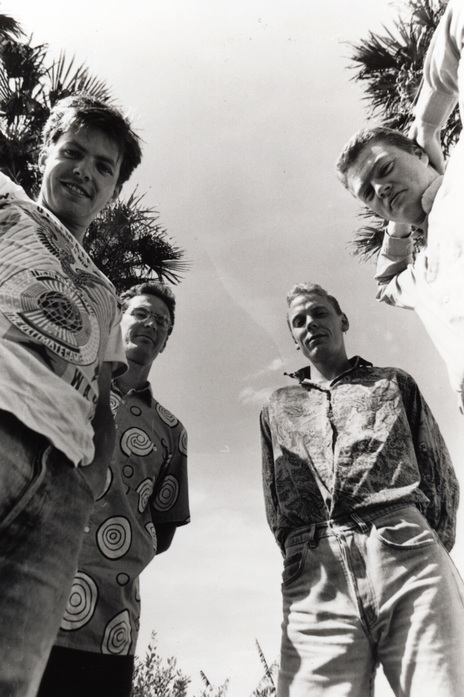 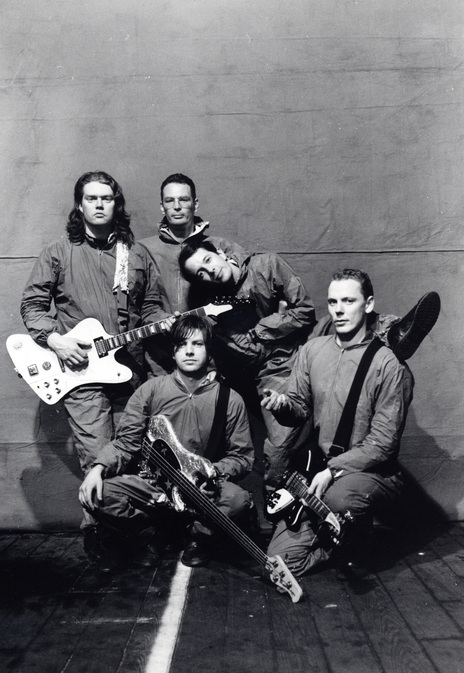 JPS Experience in 1992 as a five piece with Russell Baillie at right-rear
3 col el, class=LabelPerson::ActiveRecord_Associations_CollectionProxy

The band's name came from a friend who was, according to Mulcahy, "going through a really bad time, getting really depressed and reading Jean-Paul Sartre. He used to say he was having these amazing experiences with with Jean-Paul Sartre."

A widely-believed rumour held that the band amended their name under legal threat from the estate of Jean-Paul Sartre itself. It wasn't true, but it was a good story.

Jean-Paul Sartre Experience at Flying Out