Where Do You Go Now My Lovelies - Borich Raps To Colbert

Kevin Borich is guitarist, writer of music, writer of words, and singer – in that descending order of skill – for The La De Da’s, who have just completed a new Zealand tour playing towns Borich hadn’t seen since the days when the Da’s were New Zealanders and five. The three-strong band Borich now leads bears no resemblance whatsoever to the group which roared out of our transistors with ‘How is the Air Up There’ back I-can’t-quite-remember-when. (“Is that the new Stones single?” “No, it’s an Auckland band.” “An Auckland band? C’mon now, let’s be serious.”) The Dunedin radio stations persisted in plugging the concert with ‘Hey Baby’ anyway.

Borich was incredulous. “They’re not really are they? I mean shit man, fuck, ‘Hey Baby’ was ridiculous. The sound was so off on that one – we did it on a Telefunken two-track. But it’s a great song. You wanna hear the original by Bruce Channel. It’s like, ummm, the ‘Crazy Mama’ guy …”

“Yeah. Actually, someone called out for it in Wellington.”

The other two La De Da’s entered the room. “ ‘Hey Baby’ – what’s that?” Keith Barber and Ron Peel are Australians. Keith’s been with Kevin for about four years now, while Ron’s history includes a stint in England with Thunderclap Newman. They’d just come from an unsympathetic doctor, suffering from the universal complaint of rock and roll stars. 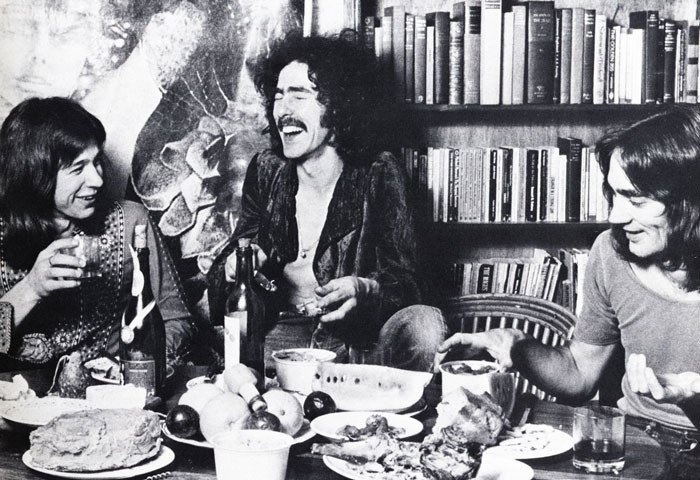 And ‘How is the Air Up There’?

“We’d been playing at the Platter-Rack in Auckland, eight hours a night and all that, and Stebbing had this record by The Blues Magoos. So we did it – we were on Philips then, weren’t we? – and it was like the first New Zealand record to make it. Perhaps Ray Columbus or someone had done it before, I dunno, but …”

Was the band into dope in those days?

“No, not really. Back in the New Zealand days we did pills mainly. There seems to be lots of acid over here now though. It’s really good.”

After successfully aping Spencer Davis and The Small Faces on their fine debut album, The La De Da’s came out with the essentially original Find Us A Way.

After successfully aping Spencer Davis and The Small Faces on their fine debut album, The La De Da’s came out with the essentially original Find Us A Way, which trod a thin line between the daring and the commercially suicidal – compared with what other local rock bands were doing at that time. “Yeah, I suppose that was where it really began. I wasn’t writing then. The sound’s pretty band on those ones though.”

“We got the idea for that after playing at a jail in New Plymouth, but it wasn’t until about two years later that we recorded it. By then it was a bit old but it was good to get it behind us. There were some good songs on it – and later we were going to go to America with it and they were going to do the stage-show bit – like Tommy. But it never came off.”

By the time The Happy Prince had come out, the Da’s were in Australia, and the personnel were changing. After a while they tried England.

“We played the wrong stuff over there – we’d thought we should learn up a whole lot of new things for England. Then we went to EMI and they said do you wanna make a record. So we said yeah and played them all our songs and they said OK you can put that on the B-sides and they gave us Abbey Road, which hadn’t come out yet. We did ‘Come Together’ and then a week later the Beatles put it out … we got played a bit on [Radio] Luxembourg though. We were pretty young in the head then and we didn’t know about signing ourselves away for five years and all that.”

There haven’t been any albums since The Happy Prince because of the ill feeling with EMI. “We’ve got a year to go. We’ve tried to get out of it and we’ve seen lawyers and everything but it’s one of those heavy, heavy EMI contracts. We’re doing an album at the moment – we’ve gotta do something, we’ve been stalling them for quite a while.” Borich is still worried about the sound. “We’ve got the equipment but the guys over here don’t seem to be able to use it. We can’t get as good a sound as overseas – we can get a better sound than the bad records, but not as good as the good ones. They haven’t got the experience. I mean, the guy who’s producing us was a bass player three or four months ago. It should be like an apprenticeship really.” 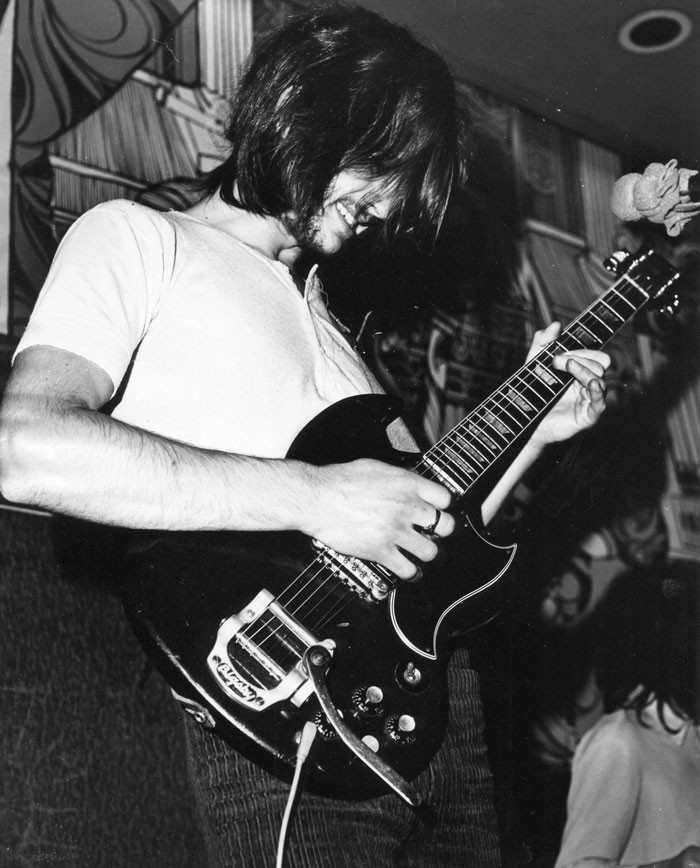 Where are the other La De Da’s now?

“Brett Neilson is racing midget cars back in Auckland (laughs). Ahh, Phil is in the Band of Light playing rhythm and a bit of lead, singing and writing. Bruce was in The Aztecs for a while, Reno – he came over from Wellington – umm, I think maybe he’s in jail, and Trevor’s in a band called Home with Glyn Mason – remember him?”

The New Zealand tour had gone fairly well. They were playing Dunedin that night before finishing up in Christchurch, and it looked like the promoter might just scramble out of it close to even. The Da’s were happy – the money had been put up front before the tour began and it was better bread than they were used to in Australia. With improved promotion around the campuses the tour could have gone really well. Next time. (“Pretty soon,” Borich thought.)

Kevin admits to “having a collection” of records, but he doesn’t listen to anyone in particular. He’s still paying off gear, and he’d rather save his money for that than “buy the new Deep Purple or whatever”. “We’ve just bought a new PA for $5,000. It’s only a thousand watts but it’s pretty good. But we had to buy another $5,000 worth of truck to carry it around.”

He saw Zeppelin (“Fantastic. When they learnt they were playing to 35,000 people and that seats were being sold out to the sides of the stage, they hired all the gear they could find in Sydney and put it on each side of the stage. It was incredible”) but missed Yes (“I heard their new album the other night. Sounded like John McLaughlin with that guitar riff and the bass playing in a different time”), and hasn’t heard much New Zealand music at all since crossing the Tasman (“Highway were a really good band though. It was a shame they couldn’t stay together and make it”).

The Dunedin Town Hall is about one-third full when Baby begins the concert just after eight. The La De Da’s arrive at the end of the promised 15-minute interval and decide to tune up in preference to smoking dope with those backstage. Baby have played a good set of tight, hard rock (centred around two guitars and chick singer) and they’re unwinding in one of the dressing rooms. They’ve already played Nelson with the Da’s but they haven’t actually met them yet, and they seem to have some sort of kindly inferiority thing going – “See, I told you they’d tune up. Arrive late – the real star bit.” In fact Baby aren’t very far behind The La De Da’s in musical terms at all, but it’s debatable if they realise it.”

The Da’s are quickly into their repetitive boogie rock out on stage. Borich is in the spotlight and his guitar is obviously going to be the focal point over the next two hours. The material is reasonably strong, driving and loud, with Borich switching Gibsons to play some exceptional bottleneck. There won’t be any acoustic stuff tonight as they’ve been having troubles with pickups in New Zealand (“It’s all right for Jimmy Page,” says Kevin, “he just puts his mike right in the hole. But like it’s a thousand dollars’ worth of microphone.”) After a while the band change to straight rock and roll to try and lift the traditionally placid Dunedin rock freaks out of their seats.

This they manage about 40 minutes later by resurrecting the Stones’ ‘It’s All Over Now’ before finally leaving the stage with an “Oh well, at least we tried” shrug. Barber and Peel have both impressed, Barber being allowed out of the shadows for a powerful solo and generally raising eyebrows throughout the set. It’s clear The La De Da’s are one of the best bands to play Dunedin in recent times, reception and attendance notwithstanding.

Back to the Southern Cross Hotel (“We’re staying out the back – the shithouse part.”) They’ll fly out in the morning and they’ll possibly find their accommodation has been fucked up when they reach Christchurch, like it has been on and off all tour. Two more concerts, then back to Australia. 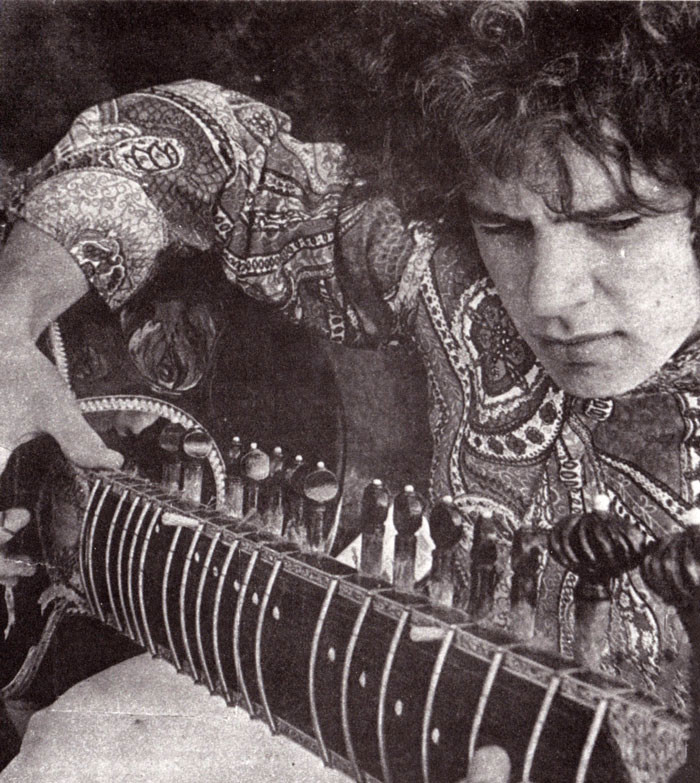 Borich looks in pretty good shape for one who’s been grinding out rock music for, what, nine years? “We hope to make it to America – well I do anyway. That’s what the idea of going to England was. I’m not sure how we’re gonna do it. First we’ll get out of this contract and then we’ll use the album. But it’s hard without a manager. It’s just not worth having one, no one really knows it enough. We do all right by ourselves though.”

The above original appeared in the New Zealand edition of Rolling Stone, 10 May 1973.