So many of the greatest songs contain a story. The majority of these songs allow you to fill in the gaps, to complete your own story by deliberately offering up not enough jigsaw puzzle pieces to complete a picture, leaving you forced to fill in as much as you can.

There are songwriters who are willing in to fill in more gaps, to allow the stories within their songs to tell a little more, to not hide behind the veils of obscurity and obfuscation. Hey, I’m not saying one is better than the other here. It’s all a giant continuum, right? 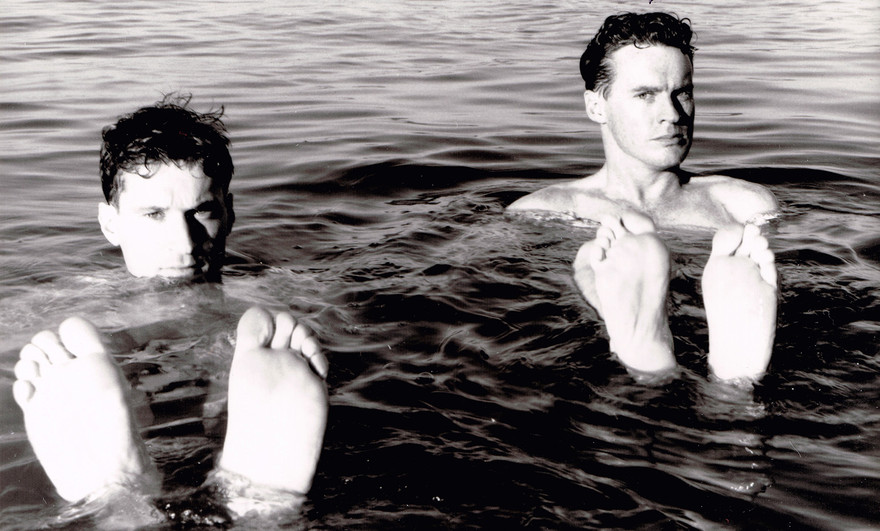 The Front Lawn were a band that were happy to provide a little more narrative than most. Their work contained a certain kind of whimsy – one you’ll find in those who have been influenced by them, the likes of Edmund Cake, Lawrence Arabia, Anthonie Tonnon. The Front Lawn was a theatrical experience – one that – much to my regret – I never got to witness. I never got to see the context of these songs. Perhaps what I got instead was better – an imagined context, a feeling of sitting in a room watching them, watching the worlds they would create. I would listen to their two albums and I would picture the stories these songs punctuated, but the stories in my imagination never have to endure the rigours of being fleshed out. Like so many imagined realities, they are at their most perfect when they have no form; they are a feeling, and whenever I listen to the songs of the Front Lawn I am transported to a place. 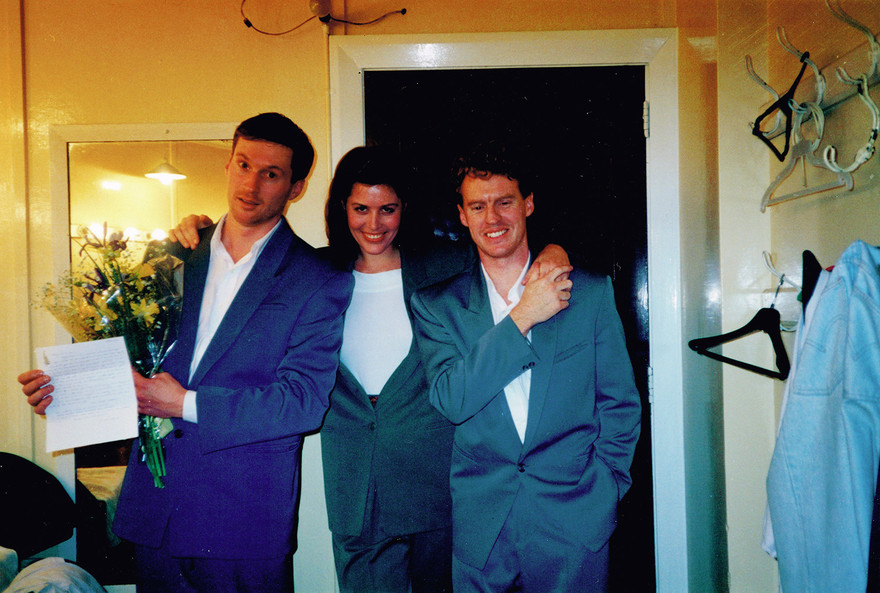 Often it is a theatre space. In their song ‘The Big Room’ I am one of a large audience, excited to being seeing a Front Lawn show. The simplicity of the idea of this song – speaking an obvious truism, the sort that David Byrne with all his wilful naiveté would love to dwell in. We’re all in the same room. It’s a big, big roomy room. The feeling of sitting in a huge room with strangers all around us who have pre-lived their life stories up until the moment you share a form of communion with them, before we all get pushed back out into their own stories again. We are a part of a moment, a shared consciousness, and here is a song that celebrates that space. This is a profound idea wrapped up in a simple sentiment, one that seems throwaway on the surface but one that deserves deeper reflection.

And then what else do they serve us? Lots of naiveté, the glorious feeling of firsts; ‘A Good Address’ captures a feeling of starting a home. In today’s housing crisis it sounds like an old remnant of post-war optimism; that idea sounds so far away now that the song is like a time capsule, yet what a sweet and beautiful thing to dwell on for a moment and appreciate. There is a mournfulness in the song, as – whether they intend it or not – there is a sense that the lives of the protagonists will not remain this simple forever. Or maybe that’s just me reading too much into it; a song that is so grateful and optimistic seems to have an implied flipside, but the Front Lawn would never force that down our throats. 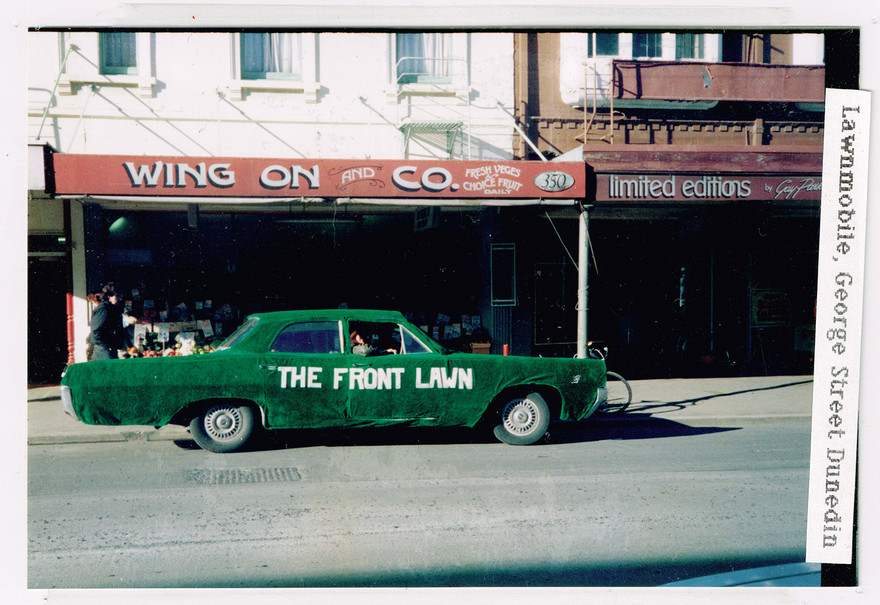 And yes, Front Lawn are willing to do tragedy, their way. The song ‘Andy’, about a man walking along a beach thinking about his brother who had failed to join a family gathering because, well, because he died. The singer goes through a gamut of emotions, talking to him like he can hear his every thought. A stanza has the protagonist about magazines and glass buildings, but is this is not what he is really angry about. It’s all in the subtext – anger at the cruelty of death, and the pain of loss are under the surface. The man walks the beach imploring his dead brother “don’t keep your distance from me”. We can all bring our own baggage to that sentiment; for those of us who are atheist or agnostic we can feel that he is asking for the impossible, that he wants what his brother can no longer give him. But if your spirituality twists in a different direction then yes, Andy will always be there with the singer of the song, over his shoulder, observing his life, always in his heart, always close.

The Front Lawn are happy to tell a morality tale. ‘A Man and A Woman’ tells a simple plot: the lead character, taking a friend to see his friend Eugene – You really should meet him – the implication that Eugene is a nice guy, but look, there’s a window open and what do they observe but Eugene’s wife sleeping peacefully in someone’s arms, but that someone is not Eugene. And unlike the huge trope of blues songs that are quick to make an enemy of anyone that commits an infidelity, the protagonist is surprisingly non-judgemental: It’s none of our business / Sometimes people have to tangle up their lives …

This refreshing and surprising perspective – we thought we were on Eugene’s side, but no, there are no sides, just life complications and life is short so people will do what they do to try and be happy. No goodies or baddies in the world of this song, just nuance, a quality often missing in today’s black and white world. 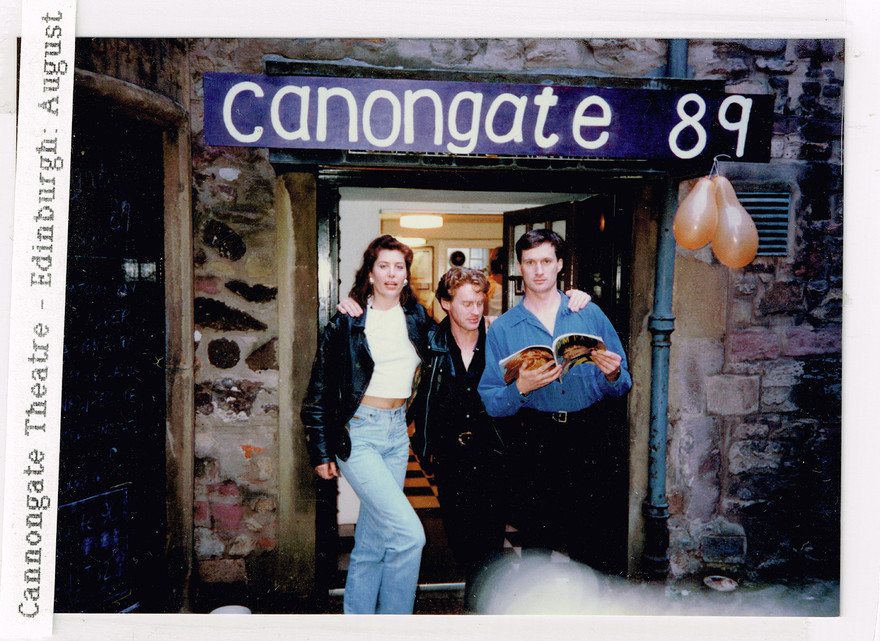 Then another side of the Front Lawn, a group able to empathise with a point of view that is less palatable, almost obsessive compulsive. In their song ‘Breakfast Anthem/Mess Song’ we feel first-hand the overriding anxiety of the protagonist as they strive to clean up so that it feels like breakfast never happened or indeed none of this ever happened. Life creates a mess, something we all know and acknowledge but that many of us lose sight of, but this song isn’t interested in a Buddhist perspective here: the mess is the enemy so therefore life and living are enemies, things that must always be cleaned up after to create the illusion that they never happened. That’s a type of subject matter you won’t find in many artists’ work, but these are the details, the specific obsessions that made the Front Lawn different from the rest of the pack.

The idea comes to an even more frightening, and stunningly absurdist conclusion with ‘Wedding Song’, where a couple become married to a washing machine. We get the vows, which seem like a joke at the first listen but with each subsequent listen the inference is far more ominous. Do you, Graham, take this washing machine, to have and to hold / Do you, washing machine take this man to put his dirty things inside you. We hear the cycle of life in this song, as a washing machine slaves to keep its masters happy, to wash and clean out their lives, a task that is aiding and abetting its owners to live out some kind of lied existence. It feels like a modern day retelling of Dorian Gray. Am I reading too much into this? Has anyone else ever written something so ominous about the subject of cleanliness? 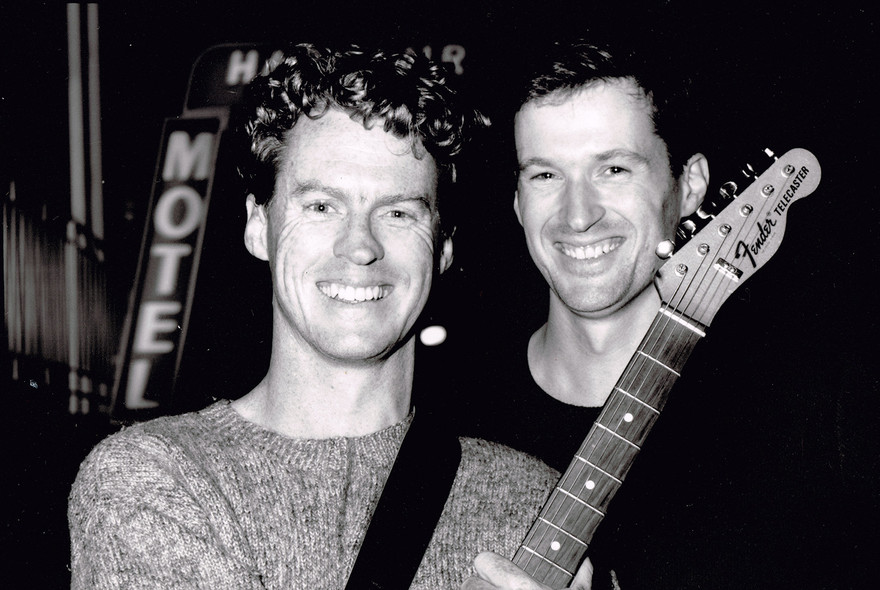 That’s the thing with the Front Lawn. You can enjoy each piece at a surface level but lying underneath every single song is a deeper tension, one that gets more complex with each listen, one that gets more layers, more nuance, every time you go back in. Please, please, someone release these two magnificent albums again, on vinyl. These are treasures that contribute so much to a national sense of questioning identity than any cheap anecdote could, than any war could, than any detached history could. They represent us in so many ways – the friendly naive veneer masking much deeper fears, feelings, churn and confusion. Beware the friendly exterior: The Front Lawn are questioning our ideals, our myths, our obsessions, our masks, our sense of belonging, our sense of ourselves.