The Sunrise of the New Show World was the fitting title for the very first show at the newly opened Civic Theatre in Auckland in late December 1929. It had the tinselly optimism of the 1920s and the slightly crazed hopes of a highly speculative era just as it began to look into the face of the deepest depression of the 20th century. 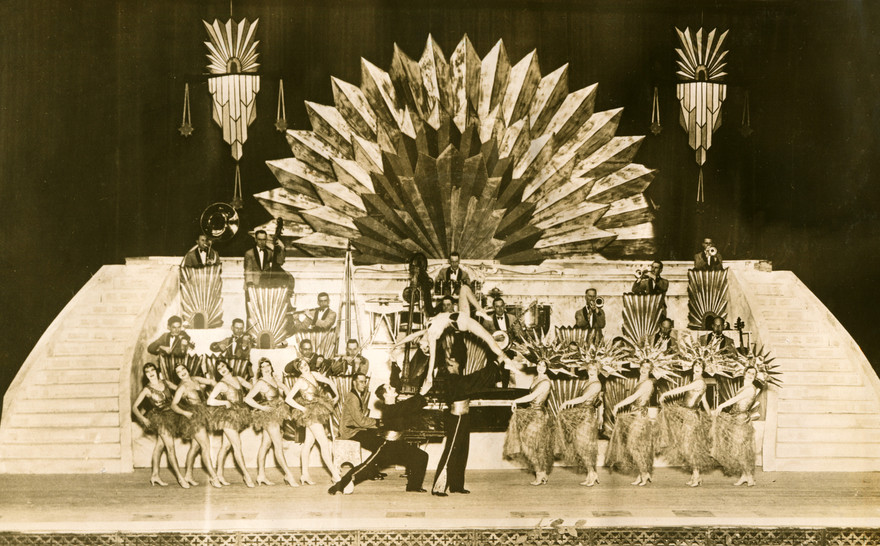 The Civic Theatre, a cinema, was built at record speed in an attempt to cash in on the new craze of the talkies. Sound had just arrived and with the success of Al Jolson singing and talking (in blackface) in The Jazz Singer there was a feeling that movie theatres were going to be like cash machines: the bigger you built them the more money you made. But cinemas were not just incidental to the experience of going to the pictures. Their look and style and feel were an inherent part of the drama.

Enter the picture palace, “an acre of seats in a field of dreams”. The idea was for ordinary people to enter a palace-like environment and be transported into another world. The Civic Theatre was “Indian” in its foyer, and “Assyrian” in the theatre itself, complete with an atmospheric midnight blue ceiling scattered with stars. The more exotic the setting, the deeper the dream. 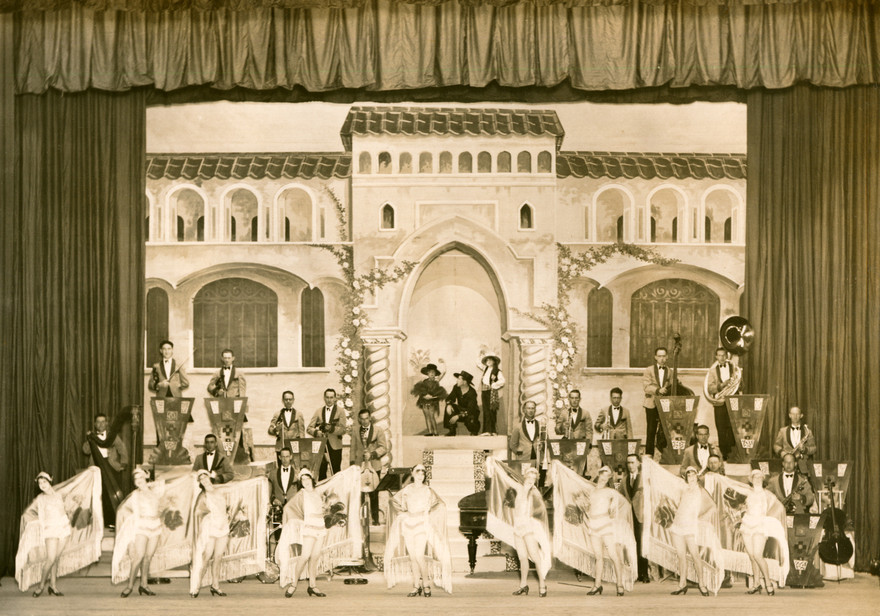 The picture palace was not merely a cinema. It offered a kind of complete entertainment world. At the Civic there was a 10-minute show before the movie with a corps de ballet doing syncopated jazz-age dance steps, a 30-piece orchestra rising up on a golden barge and a mighty Wurlitzer organ rising up on a huge drop. There was a cabaret and restaurant in the Wintergarden downstairs to go to afterwards, although no alcohol was served. A small boy with a trumpet announced the end of intermission. Pretty girls chosen for their looks (and athletic abilities at walking up and down over 100 steps repeatedly) were dressed in harem outfits, to go with the fantasy Middle Eastern interior. Music was an inherent part of this entertainment totality. 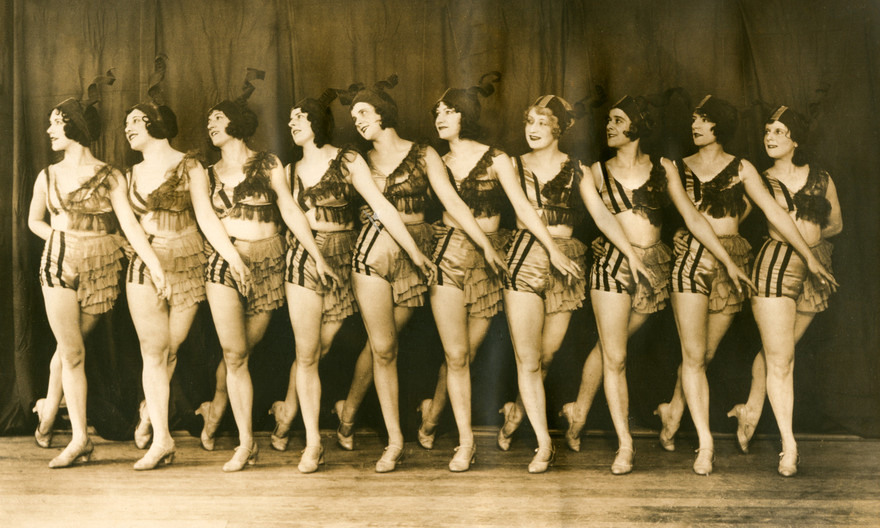 By 1929, picture palaces were a global phenomenon and building and entertainment skillsets travelled easily across the Pacific, especially across the Tasman. The Civic was essentially designed by a leading Melbourne cinema architect, then built by Fletchers and an Australian company. The corps de ballet came from Sydney and Melbourne as well as Auckland. The organist was Fred Scholl, an American and former organist at Grauman’s Egyptian Theatre in Hollywood, generally considered the top cinema in America.

Ted Henkell, the artistic director at the Civic, was also American. A composer, his credits included the music for the silent film Flesh and The Devil starring Greta Garbo. Before he came to the Civic he was musical director at the Capitol, Sydney, and before that, The Forum in Los Angeles. Henkell, “the famous personality conductor from Sydney” had an orchestra of 30 players under contract. H. Rupert Brown, the art director, was ex-Drury Lane via Sydney also. 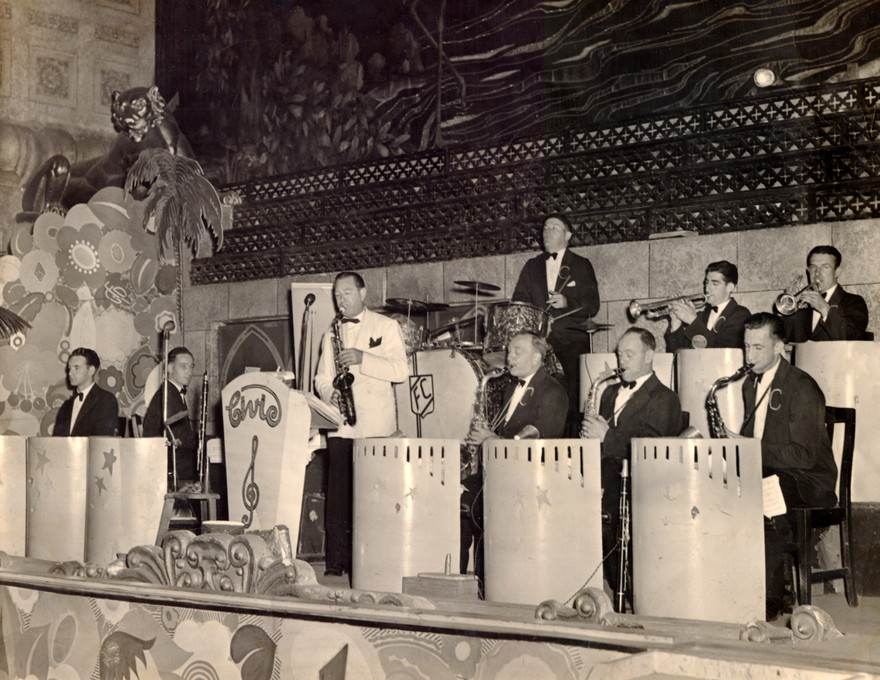 The Wintergarden had its own separate band, The Civic Theatre Band, led by Chips Healy with Ossie Cheesman on piano. The shows as seen here in photographs give some sense of the high professionalism aimed for at the Civic, even if the dancers had to climb a steep ladder just to get to the stage – the Civic actually had a very small stage area as it was conceived primarily as a cinema.

On opening night the floorboards on the stage were being nailed down while people pounded on the door. One of the doors finally burst open and people walked in without paying. Money was thrown into the safe, not counted. Instead they mounted a wild party with so much champagne the carpet of the manager’s office became soaked. It was a fittingly riotous endnote for the roaring twenties. Everything about the Civic Theatre was slightly slapdash, almost as if they knew they were running out of time. The stock market on Wall Street had already collapsed on 29 October 1929. 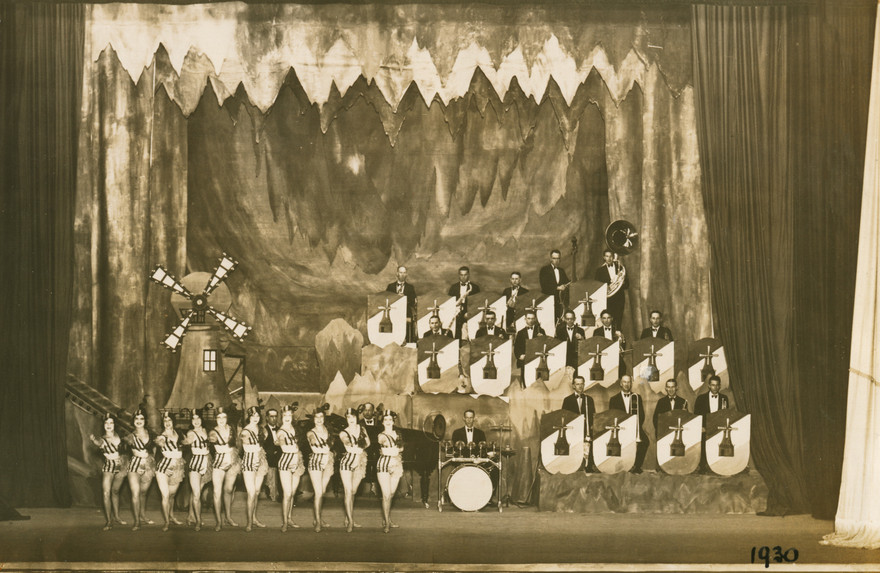 Civic, 1930, with Frank Coughlan on trombone

The opening film was almost an afterthought, as if the stunning look of a picture palace would be enough. Three Live Ghosts turned out to be a complete dud, while the St James opposite had The Gold Diggers of Broadway, a highly popular film that actually mined the territory of hoofers, backstage intrigue and musicians – perfect fare, seemingly, for the Civic.

Everything had been planned on a massively overblown scale, with 100 people working in the Wintergarden alone, including a French chef. There was a weekly fan magazine, and shows changed weekly, with all the costs that entailed. 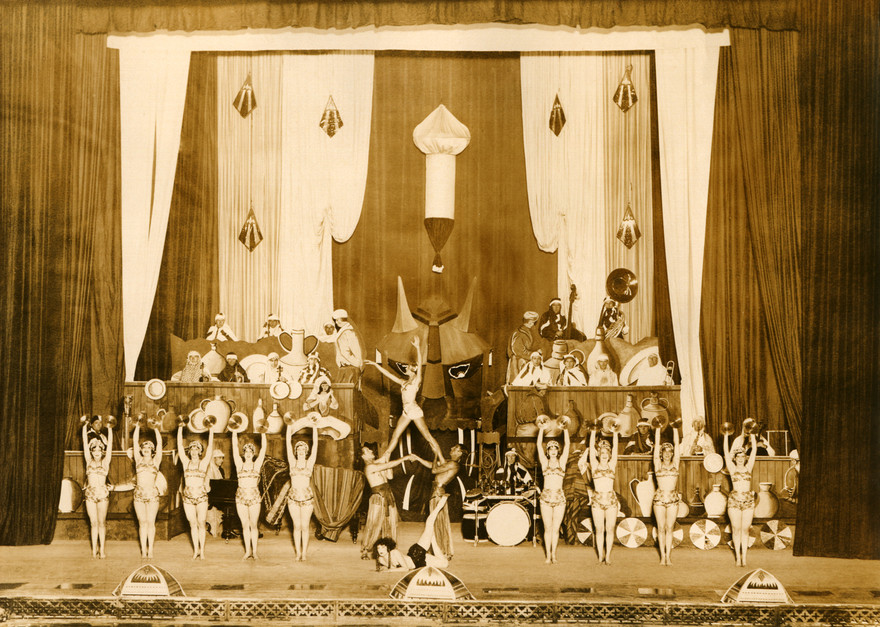 It was only a matter of time that the mismatch between the scale of the Civic and the population (2,750 seats in a city of less than 200,000) became obvious. Large parts of the theatre sat empty and very quickly the enormous stage productions finished. The man behind the building of the Civic, Thomas O’Brien, went bankrupt 10 months after the sensational, chaotic opening.

The six stage settings you see here are the record of the complete number of productions ever put on at this most ambitious moment in the life of the Civic. The sunrise was swift, brilliant, and then went into complete eclipse.

Yet the fact an enormous cinema complete with its own cabaret had been built in Auckland gave the Civic a half-life until it came alive again, spectacularly, with the arrival of American troops in 1943. Suddenly the Civic had an inbuilt audience hungry for entertainment. The Civic became “Warner Brothers’ Showcase of the Pacific” and the Wintergarden became a hugely popular cabaret with American servicemen and their New Zealand dates. There was a saucy corps de ballet including the scandalous semi-naked Freda Stark, along with a lively band. Reg Maddams became musical director at the Civic and was allegedly the highest paid musician in New Zealand at the time. It was also at this time that American music legend Artie Shaw played twice at the Wintergarden.

Afterwards, with the arrival of television, the Civic, like many cinemas, went into decline. The Wintergarden was kept on as a cabaret-dance hall but became quite rough. The Civic was still intermittently used for musical events that required a large audience, including concerts by Jethro Tull and Glen Campbell, and it was probably fitting for such a magnificently over the top cinema that, for several decades, the last live musical event of stature was the Rolling Stones at the end of their 1966 tour. They played from the golden barge.

Throughout its tapestry of highs and lows, the Civic retained its hold on the affections of Aucklanders purely on the basis of its highly coloured atmospheric architecture, a sort of dreamscape that was wonderfully unreal. Many women met their sweethearts in the cabaret or in the back seats of the cinema. Today the Civic Theatre is seen as a jewel in Auckland and New Zealand’s cinema crown. These photos summon up the mad, quixotic spirit that lay behind the creation of the Mighty Civic, a kind of over-ambition that seemed out of scale with a relatively small city.

Novelist, historian and filmmaker Peter Wells directed The Mighty Civic in 1988, when the building was under threat. A pioneer in many fields, Peter died of pancreatic cancer on 18 February 2019. An excerpt from The Mighty Civic can be seen below.

Costa Botes backgrounds The Mighty Civic at NZ On Screen