Between 1974 and its demise in 1976 the covers of Hot Licks magazine captured much of what was making an impact in the popular music scene in Auckland. The rise of reggae (two Bob Marley covers), the big concerts of the time, the dominance of the US West Coast sound in those pre-punk days, prog rock, glam – and the arrival on the scene of the band that changed all the rules: Split Enz. They followed that Enz cover with Waves and Mark Williams – a New Zealand trilogy.

More than that, too, the covers featured the interpretations of all this by members of a new wave in Auckland resident artists, with names like Colin Wilson, Peter Adams and Dick Frizzell appearing, although many covers are uncredited both on the cover and inside the magazine, most were the work of Roger Jarrett. 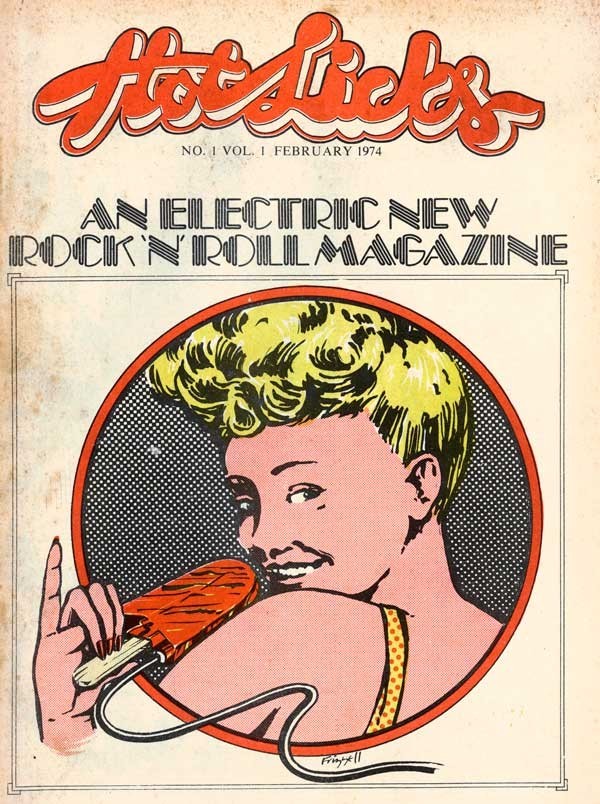 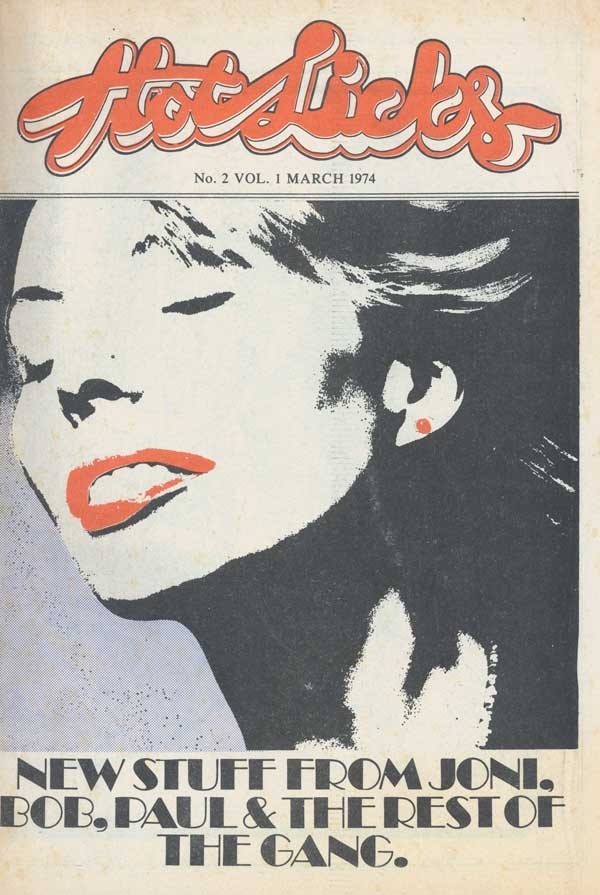 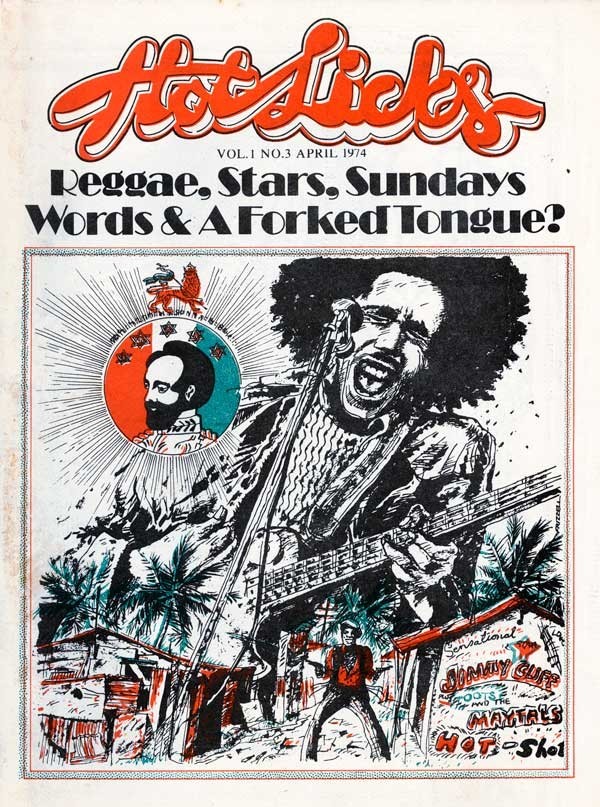 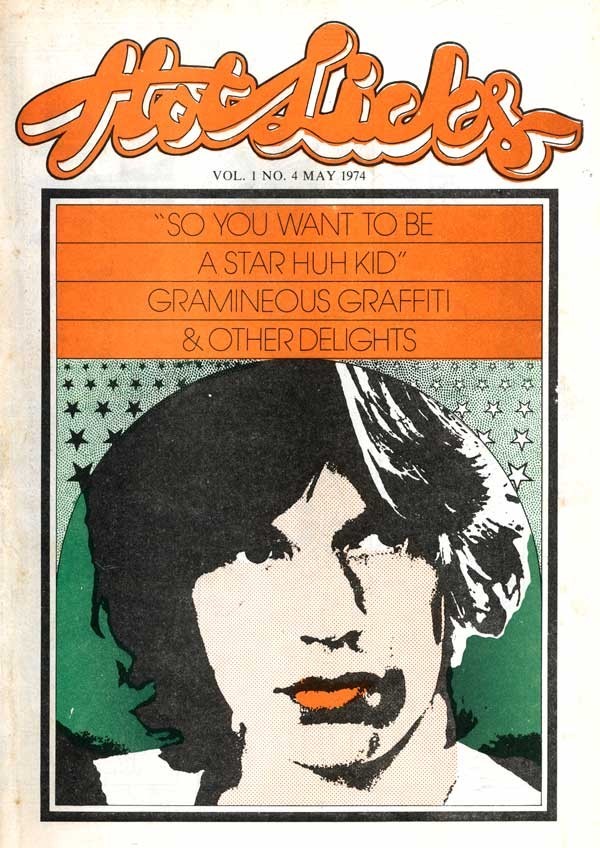 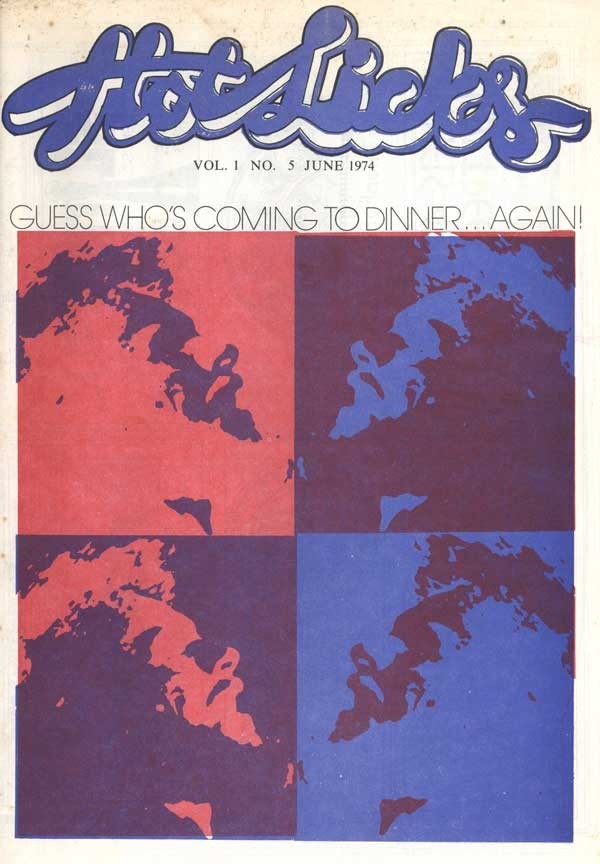 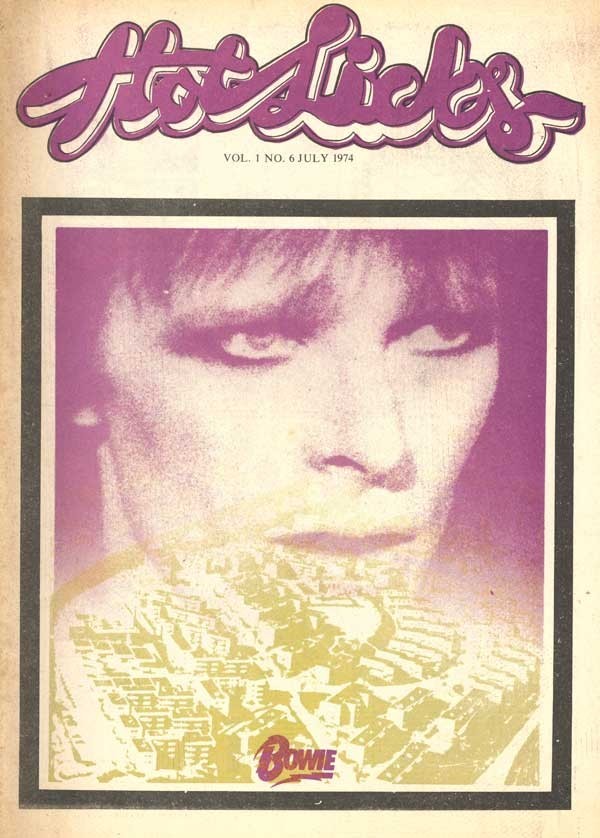 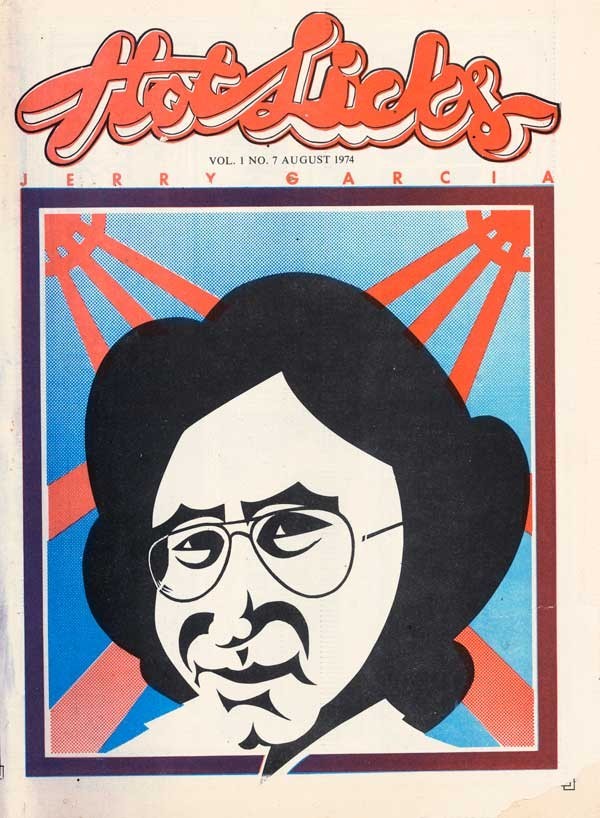 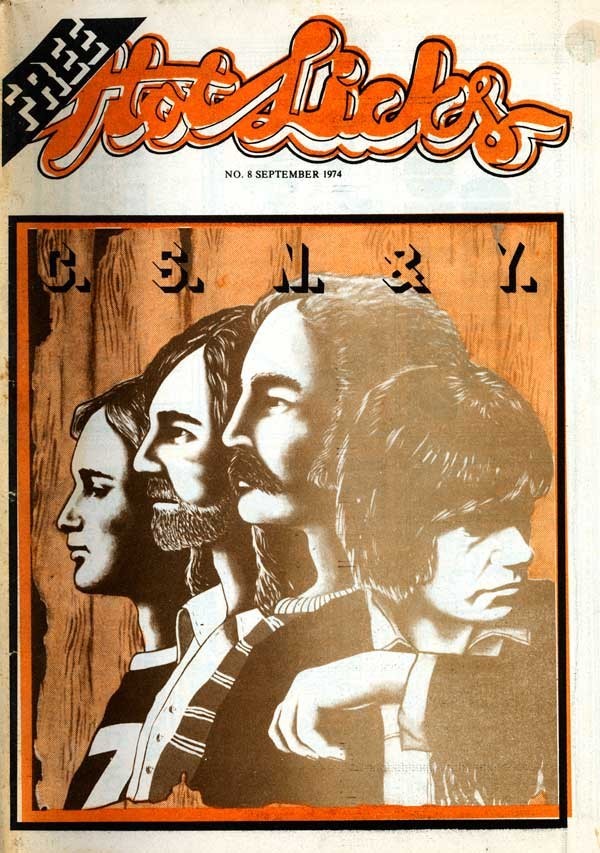 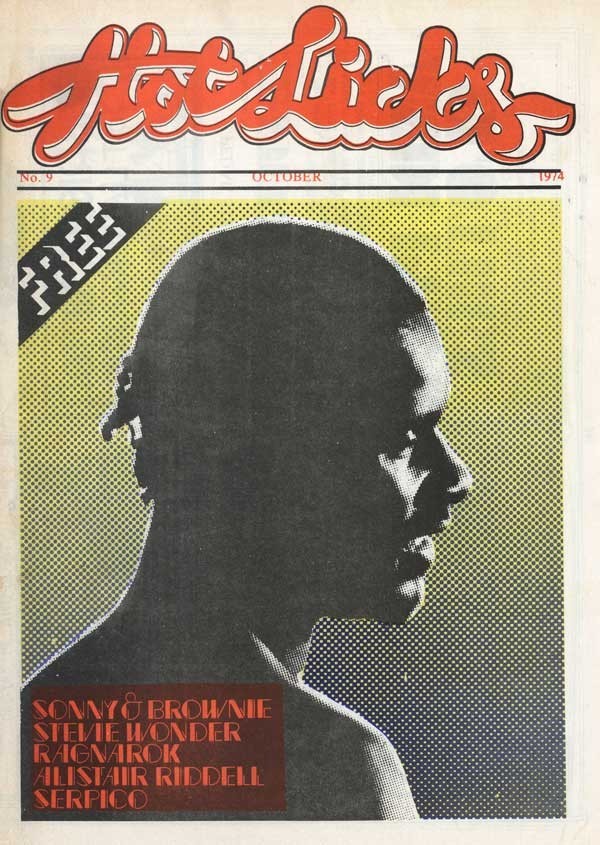 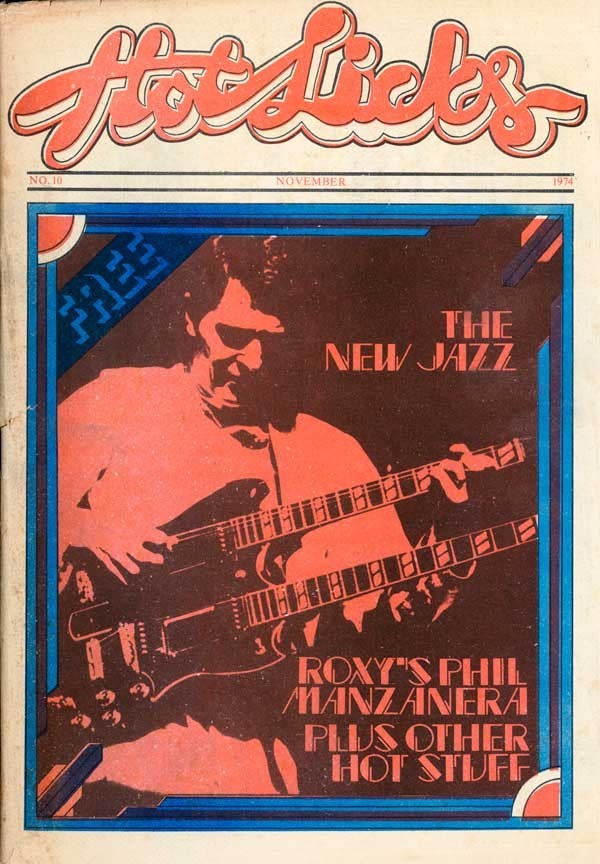 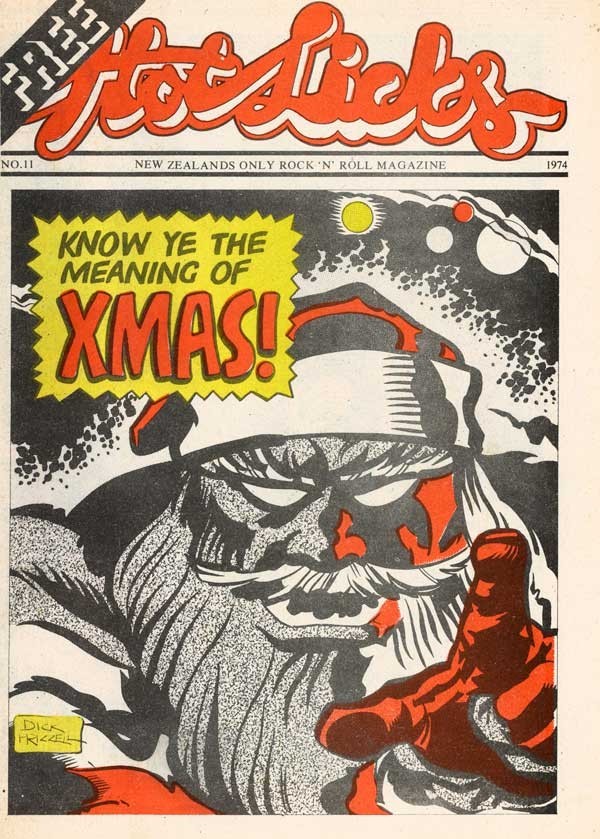 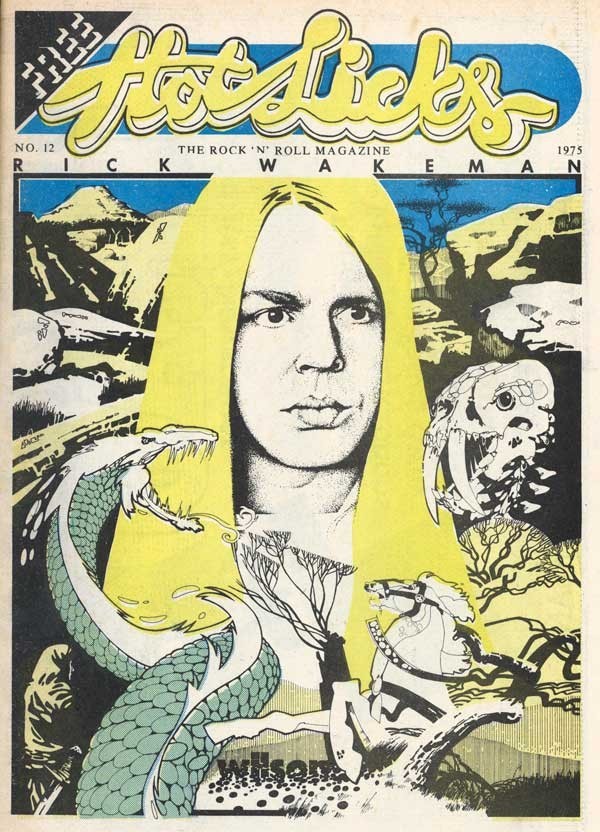 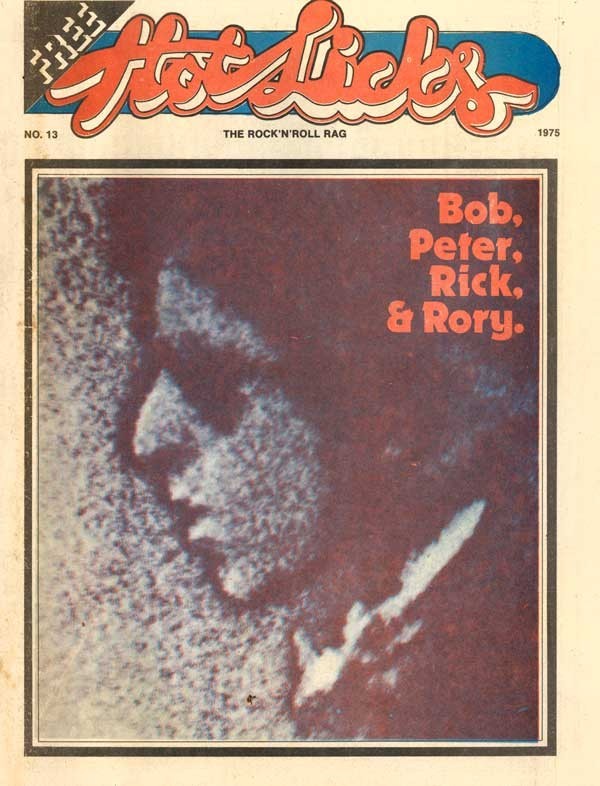 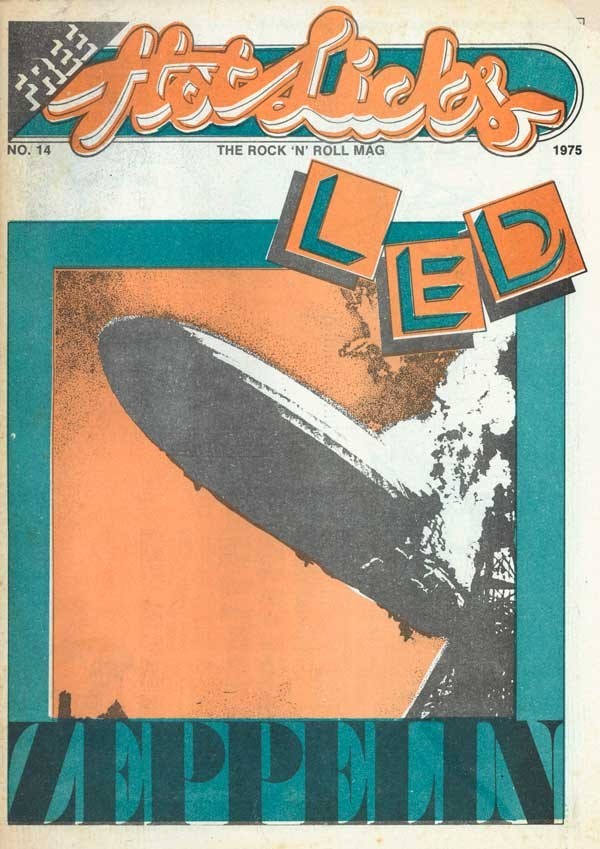 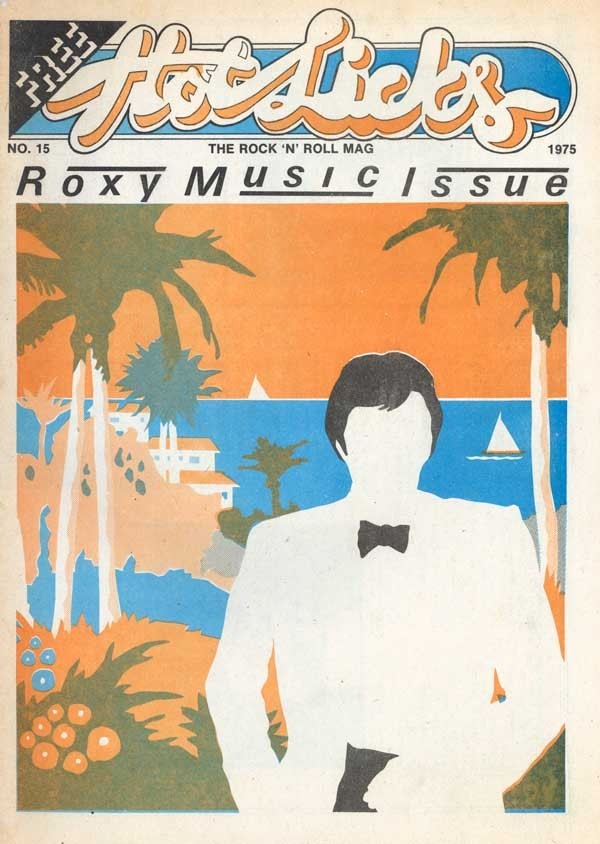 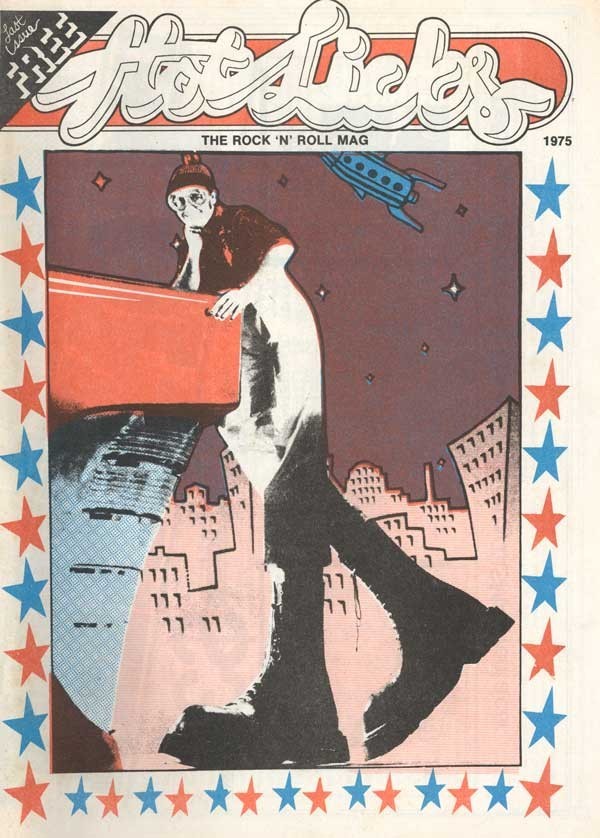 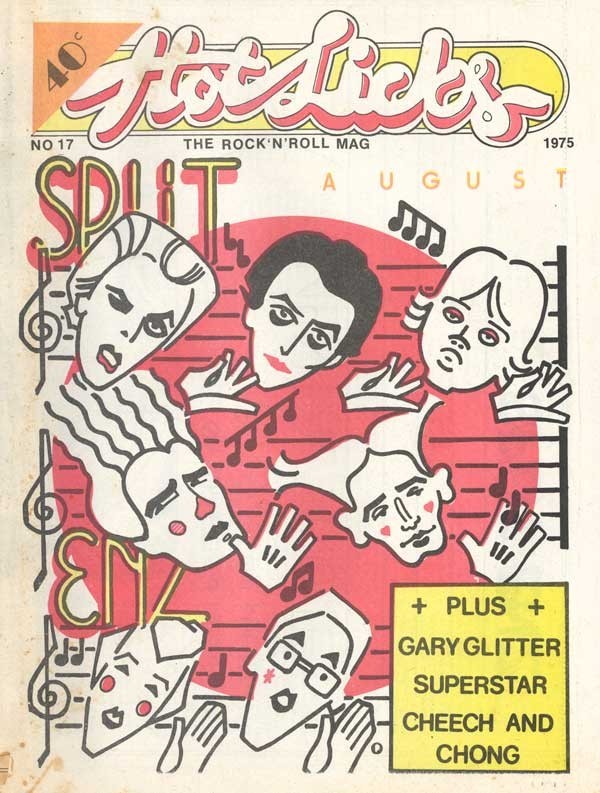 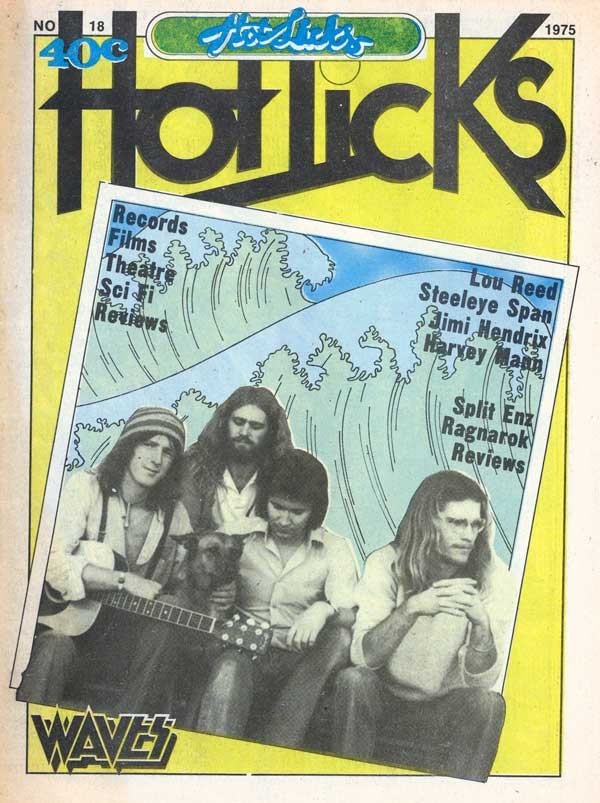 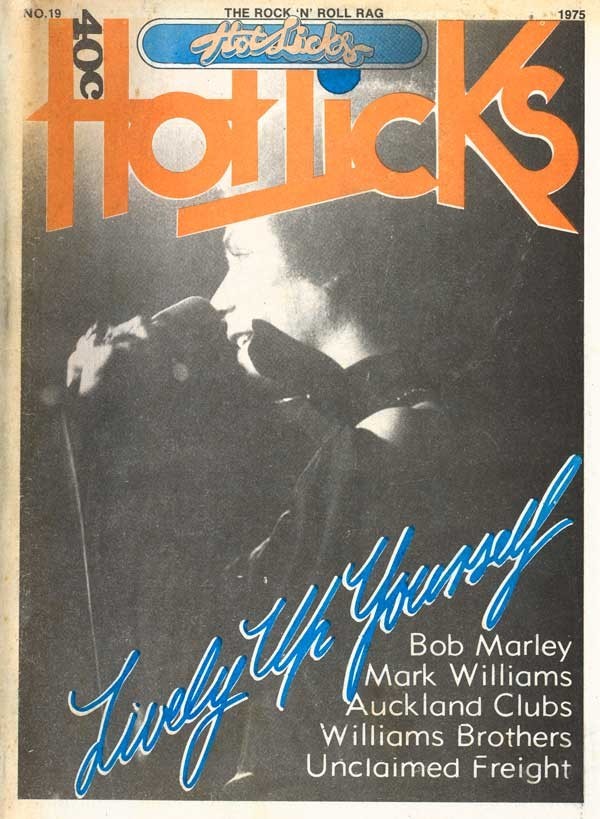 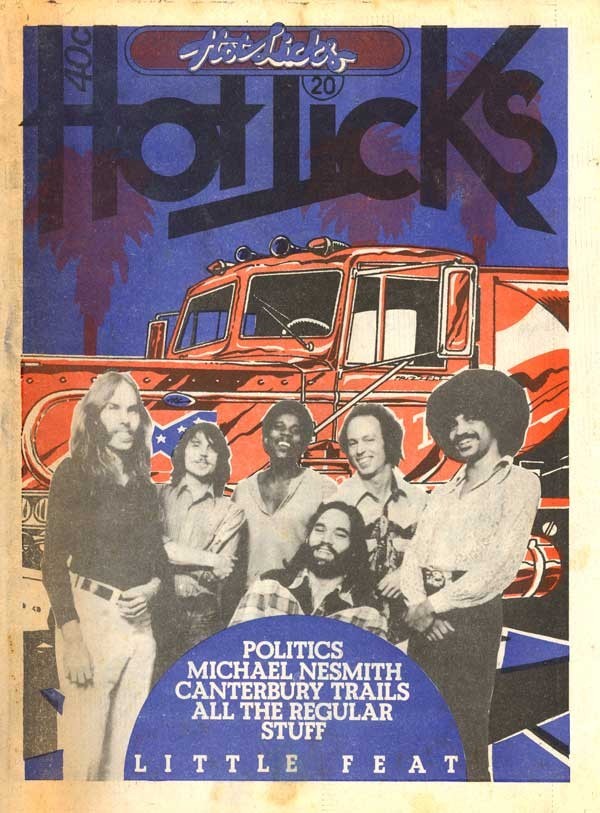 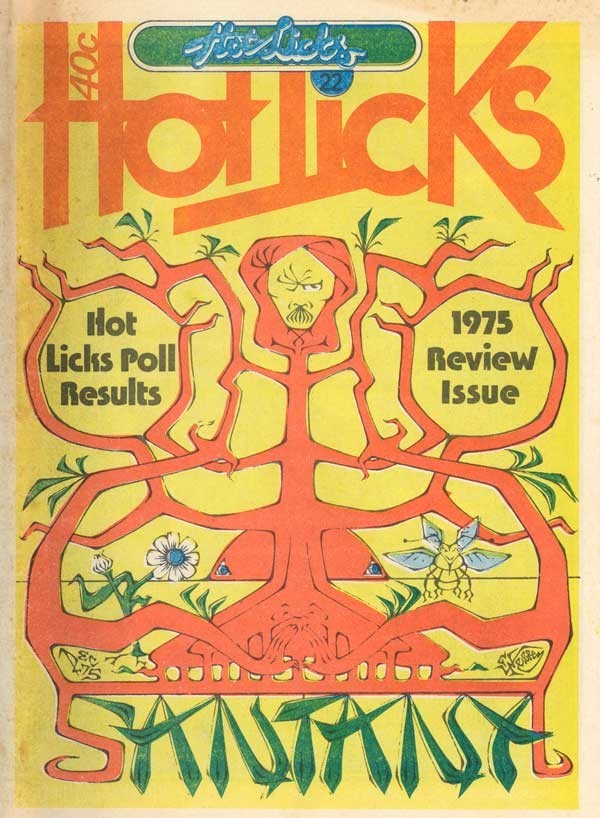 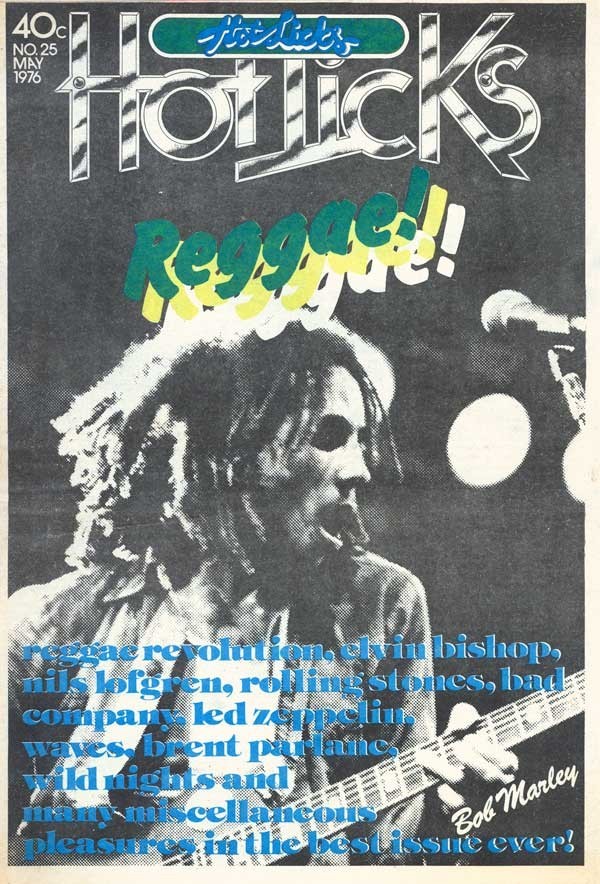 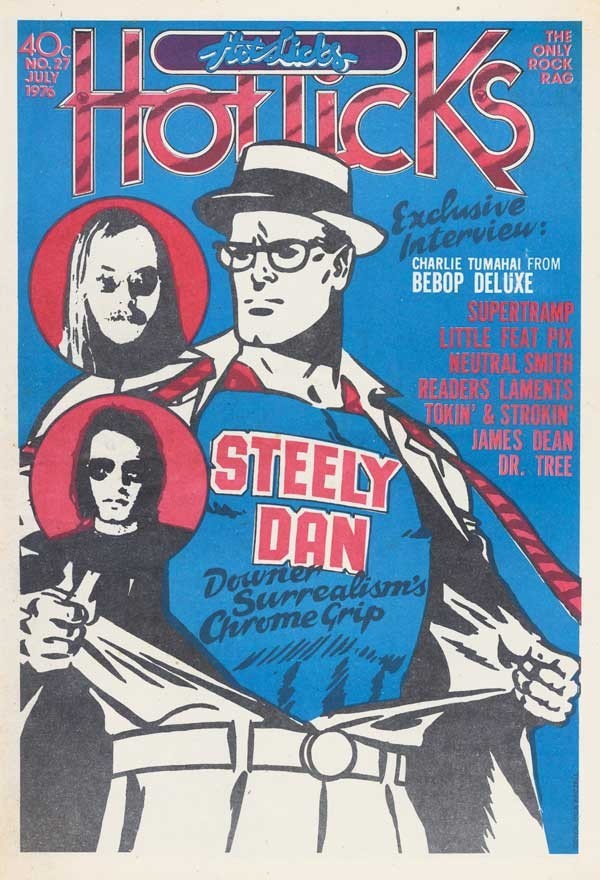 Thanks to Jeremy Templer and Murray Cammick