Tales of a Young Terrorway

At that point the Auckland scene was less than exciting. Hell, Hello Sailor were old even then. If you didn’t like them, you could always watch Living Force sing a few bars of Hare Krishna at the Island of Real. It was during this state of advanced boredom that the Beast arrived. 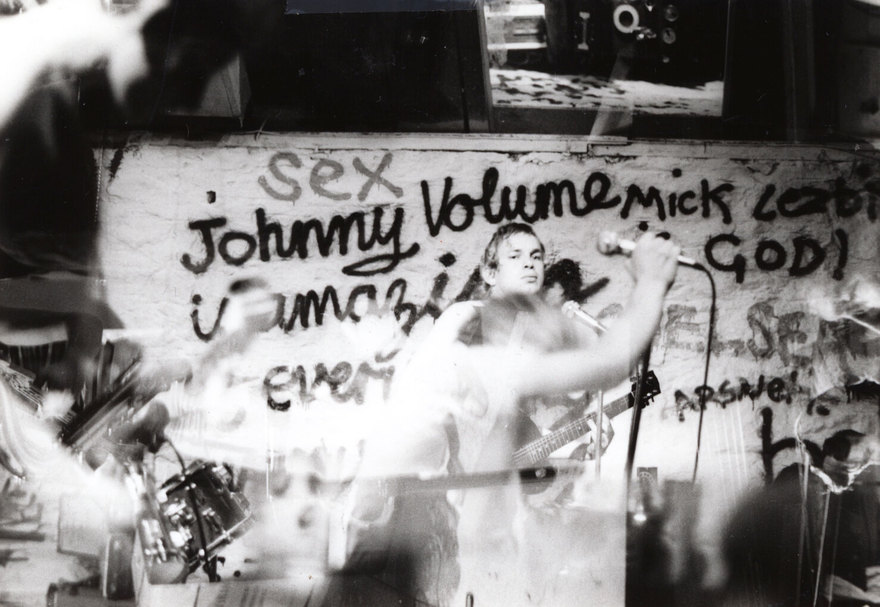 My personality was permanently disordered after my first revelatory hearing of the Damned’s ‘Neat Neat Neat’ and the Pistols’ ‘Anarchy in the UK’. More than anything this sounded like a whole lot of fun.

Most of all, this fun was represented by The Scavengers, who played all the punk hits you could ever hear at the time, and a few originals, with ‘Supported By the State’ being my favourite. The focal point of the band was the wonderful Johnny Volume who at times found it hard to stand, and if I asked why his guitar sounded so fuzzy, replied that that was where he hid his Buddha sticks.

There were other bands like the Assassins, with Spike on Drums, and before them, the Masochists, with Kevin Grey on vocals. And of course the Suburban Reptiles, who released New Zealand’s first punk single, ‘Megaton’. But there was something a little too art school about them for my tastes – to me and my friends the Scavs were the real thing. We went everywhere they played, from nightclubs like Crofts to a hellhole called Disco D’Ora (situated next to the service station in Newton Road) where the Reptiles and Junk also played. The best feature of Disco D’Ora was this bubble machine that left slippery deposits on the floor, making people fall over – I liked that a lot.

We became besotted fans. One of the best things about punk is the desire to get involved. Not just watching, but playing something. We decided to form a band and become punk rock stars. It didn’t matter that most of us couldn’t actually play anything – that could come later. The idea of a band was more important. 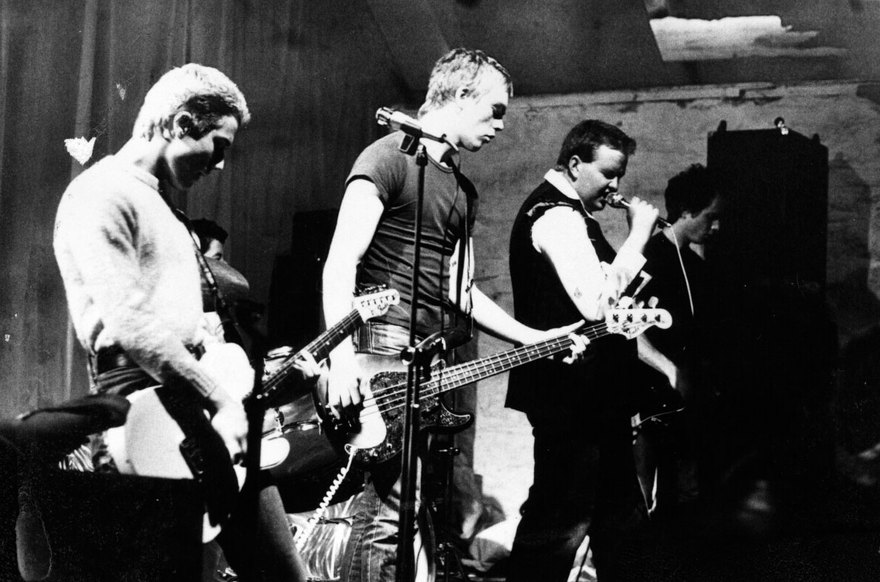 I decided to play drums (you just sort of hit things), John Hunter (aka John No-one) sort of sang, Peter Hoffman played guitar and Jonathan Griffiths (aka Jonathan Jamrag) hit a bass guitar. We called ourselves “Rooter” because it sounded offensive.

The first things we learned were London’s ‘Everyone’s a Winner’ and the Ramones’ ‘California Sun’ – and, for some reason that escapes me now, Ray Columbus and the Invaders’ ‘She’s a Mod’. We also wrote some fine originals, with ‘Disco Sucks’, ‘Short-Haired Rock’n’Roll’, and ‘Never Been to Borstal’ – the last written in homage to Tonar Street in Northcote, where nearly everyone had gone away except for me and John – we were nice boys, remember!

One day in March 1978 the club called Zwines opened and it became a sort of Mecca, featuring The Scavs, Junk, The Stimulators, The Wrecks (with Jed Town), and a few “straight” bands, including a smirking Dudes. The place was never extremely popular – it was too low-life for that. The close proximity of Babes disco added that extra tinge of excitement, highlighted by some pitched battles in the alley. There was a moment of truce with a punk-disco get-together around Christmas, where everybody danced to the Village People and Sham 69. But there were always those police raids for drugs to make you feel safer. Zwines’ toilet just stopped working after too many police visits. 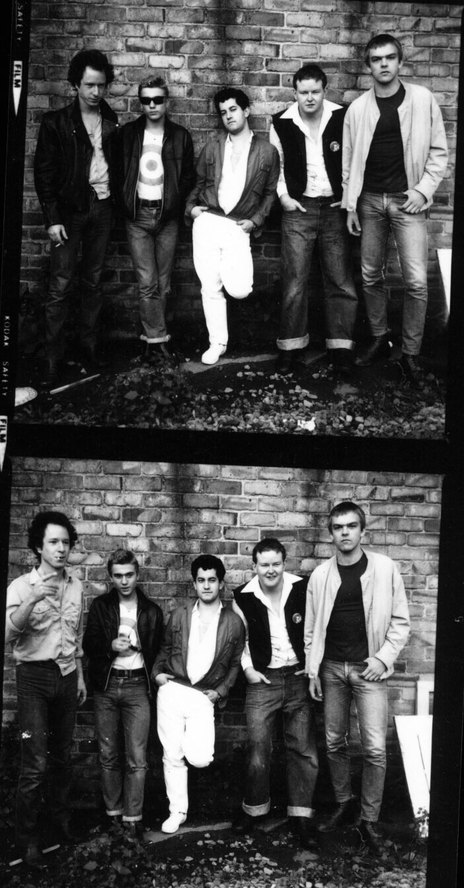 Rooter made its debut one Thursday, with about eight people watching. I seem to remember it being terrible. Somehow we got “better”, adding a few more 60s covers and some punk highlights like The Boys’ ‘I Wanna Be Sick On You’ – which just about sums it up. Just before the name change, Jonathan left to form The Atrocities, a stepping-off point before the super-fine Proud Scum (the best band name in history) who played the wildest Saturday afternoon ever at the Windsor. When someone set fire to some decorations the band played on as the pub burned – real professionals. 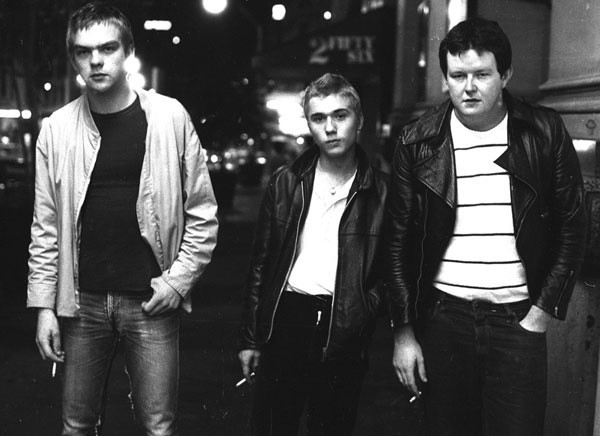 Rooter added two new members, Chris Orange on bass and Dean Martelli on rhythm guitar, both fresh from England. We changed our name to the Terrorways because no one would print the original one – but we did appear on national TV in a documentary on a bus trip to a Wellington punk dance. We got interviewed, but alas I got drunk and Jonathan picked his nose, the record contracts didn’t flow in …

There was a moment of truce with a punk-disco get-together around Christmas.

About this time punk rock was turned into art with an exhibition of Jeremy Templer’s photographs called The Fan Club. We also did an image change of sorts, by wearing boots and reading Joe Hawkins’s skinhead books and adding Sham 69’s ‘Borstal Breakout’ to our set. We played constantly at Zwines and the Windsor, developing a fan club of our own, even supporting Citizen Band at the Gluepot, much to the horror of the band and their charming audience.

Most of 77-78 was a constant party, nothing was treated that seriously. A close look at a Terrorways’ songlist shows that more than half were R&B covers (including a version of ‘Be My Baby’) and even though we did ‘Disco Sucks’, some of our fans were ex-disco champs and Parliament’s ‘Flashlight’ was always on the turntable. Each band had some particular quality that made going to see bands and playing music exciting and worthwhile, each band seemed to inspire another to form and emulate. Rooter, the ultimate fan band, just wanted to be the Scavengers – John No-one even had it written on his ripped t-shirt.

Great times – and other than destroying a good academic career and turning me to drink, it certainly didn’t do me any harm.

(PS: In such a short piece lots of events and names are missing, but thanks to Wayne Hunter, Peter Adams, Simon Grigg, Des Truction, Ronnie and Hutch.)