f t
An all-woman Māori vocal group from Wellington, The Shevelles are best known for their 1968 hit single 'Beat The Clock'.

Lead singer Rangi Parker grew up in Porirua in the Latter Day Saints church community. She made an early start in local group The Family Four in the mid-1960s, and then joined The Four Ps who came second on John Maybury's Have A Shot radio talent quest. Then, as a trio, they were known as The Gaynotes, who released one single on Kiwi Records (‘I Got Rhythm’) after which John Robinson of Philips Records signed them to the Polydor label in 1968 and suggested a name change to The Shevelles.

In 1967 the group joined the Māori cultural group, the Te Arohanui Company on a US tour that included performances at the Hollywood Bowl in Los Angeles, on the Danny Kaye Show and concerts in Salt Lake City, San Francisco, San Diego and Honolulu.

The group's debut single 'Beat the Clock' was their biggest hit (No.15, September 1968) and a finalist in the annual Loxene Golden Disc Awards.

The Shevelles recordings were produced by Robin Robinson and arranged by Don Richardson. The group's debut single 'Beat the Clock' was their biggest hit (No.15, September 1968) and a finalist in the annual Loxene Golden Disc Awards. At the 1968 Loxene Golden Disc Awards live TV broadcast from Auckland, Rangi Parker nearly went into labour with her fifth child.

In a radio interview with Wayne Mowat, Rangi Parker recalled the night "When we performed on the television my husband saw the expression on my face, on the screen, he knew that something was wrong. After we finished, I stayed in the hotel room, thinking 'I hope it lasts until I get back'. I was in labour on the way back on the plane but nobody knew until the pains were getting quite severe. Then they had to let the ambulance know at the other end that I was in labour. I actually did 'Beat the Clock' right back to Wellington."

In 1969 their follow-up single 'One Man Band' (No.17, March 1969) was their final charting single in New Zealand. By 1970 The Shevelles were based in Sydney. "They wanted a Māori trio to do the club circuit in Australia," said Parker. "They paid all expenses. We went over by boat. They had a house ready for us in Australia, all three families and 17 children in one house. We eventually got our own places and had an amazing time together for the next two years, until I went solo."

The pianist for The Shevelles has become better known than the girls who were affectionately known as the Māori Supremes. Parker recalls meeting Dalvanius Prime, when he was living in Porirua and working as a chef at the Porirua hospital:

"We heard him playing the piano and singing one day and we asked him if he'd like to join us and play the piano for us. We took him under our wing and he lived with my husband and me in Australia for a little while. We'd have him sing halfway through the show and he was so good that it took us about four songs to get the crowd back with us again. Then we knew he was good enough to go out on his own, so he did. We have been very close to Dalvanius right up until he died and when our youngest son was born we named him after Dal's Māori name Maui."

When interviewed by Radio New Zealand's Chris Bourke, Dalvanius said, "Rangi Parker had this most haunting vocal and to this day I think she is one of the greatest Māori singers that's ever come out of this country, she has the most distinct, incredible voice. Tom McDonald was managing us and Tom had Simple Image, so every Simple Image tour had The Shevelles on it. I became their musical and vocal arranger.”

“Every song they did had to be in either G, F or C as they were the only chords I knew how to play and I refused to play any of the songs in the black keys. I jumped on a plane when The Shevelles secured a six-month contract doing all the RSL clubs in Australia. They should have been huge but they weren't, mainly because we had the conflict with their being very religious. They would never sing on Sunday. I left them, I wanted to sing on Sunday, I wanted to travel."

Ironically, the first solo single by Rangi Parker was 'Everyday Is Sunday' on the HMV label in 1972 and it was a finalist in that year's Loxene Golden Disc Awards. Parker also released the single 'He's Not There' on HMV in 1973.

Since the mid-1980s Parker has been actively chasing down the photographs, audio and film recordings of the Māori community made by Latter Day Saints Missionaries, who have visited New Zealand since 1854. By visiting descendants of families of the missionaries, Parker's Kai Nagawari Trust have sourced 36,000 photos, associated written diaries or documents and hours of footage made on 8mm cameras documenting Māori culture and the Mormon Church in New Zealand. 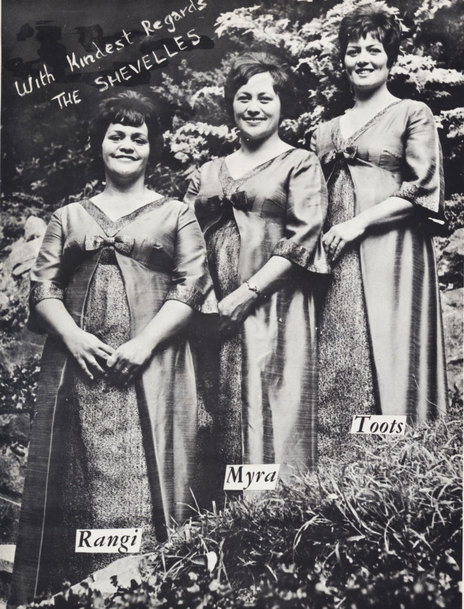 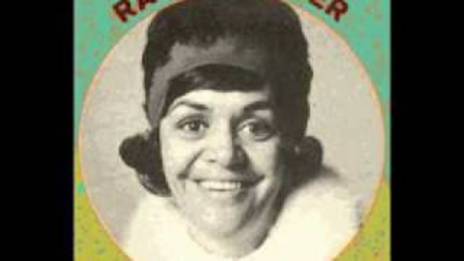