The Inbetweens were still teenagers when they moved from Dunedin to Auckland to build their following after winning the 1970 Battle of the Bands competition. They rented a five-bedroom house in Glen Innes and concentrated on an entry for the Loxene Golden Disc awards. With them was Mrs Phyllis Rabbett – the mother of Tony and Paul – who had managed the band since it began four years earlier. In Auckland, Benny Levin became the band’s new manager and Mrs Rabbett “chief cook and keeper of the peace”. Playdate magazine commissioned Max Thomson to shoot a photo essay showing The Inbetweens settling into their new digs. 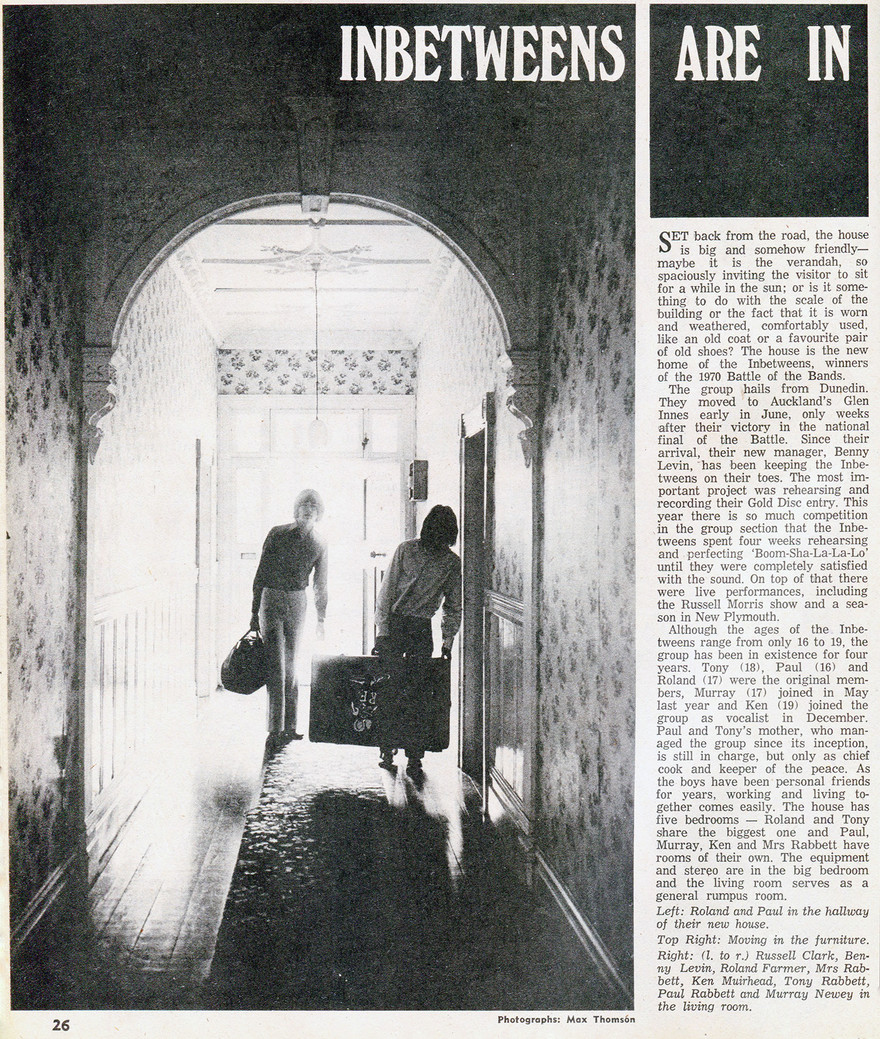 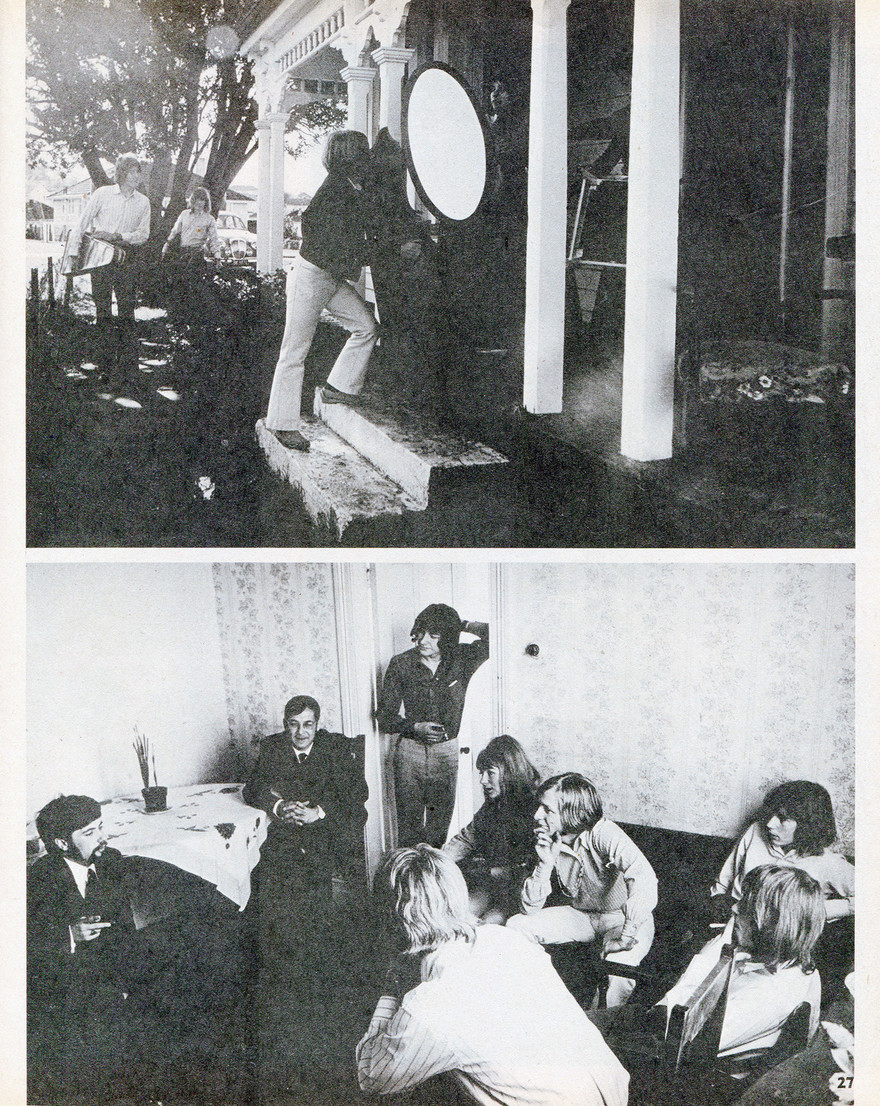 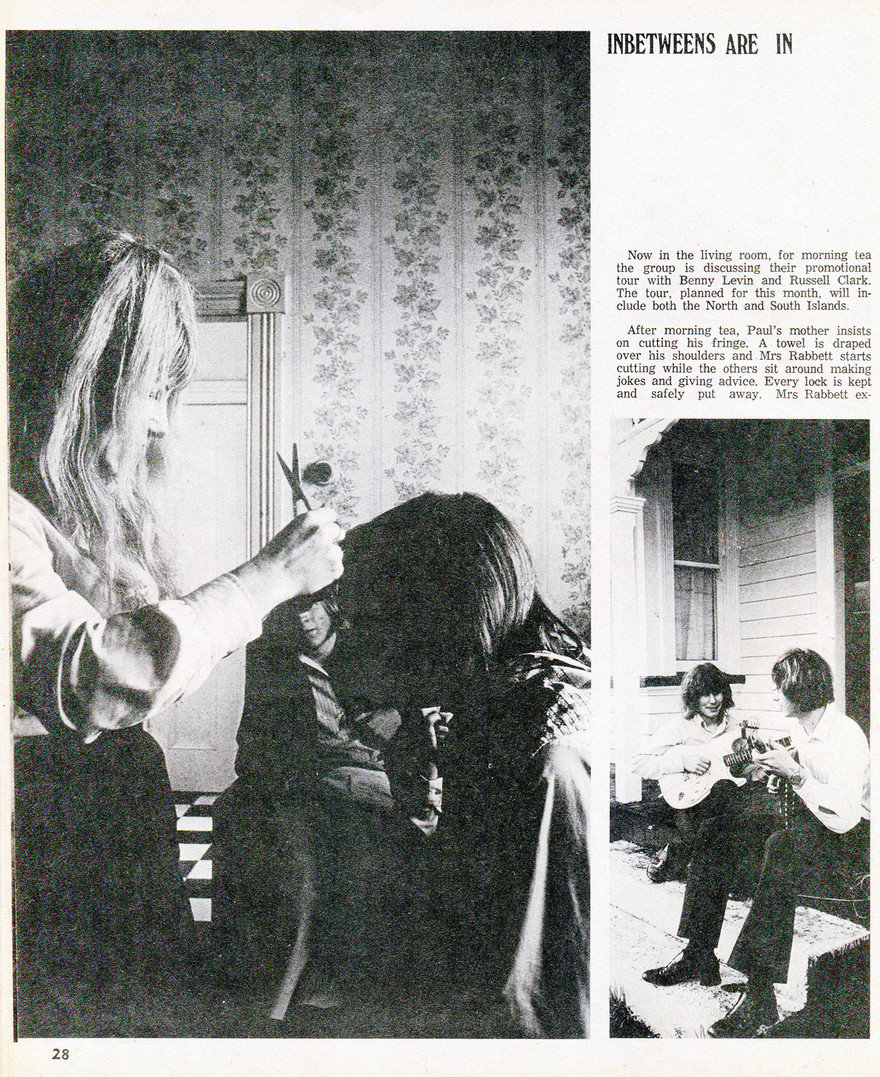 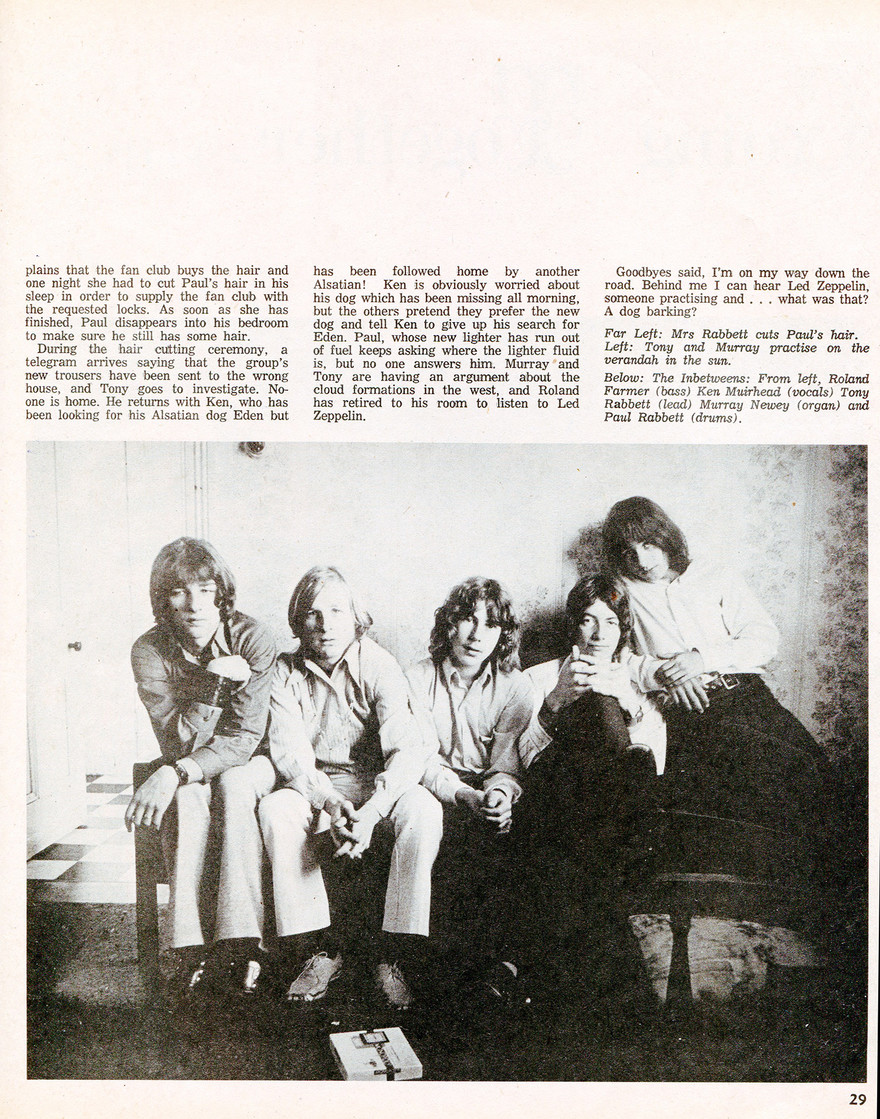 Thanks to Max Thomson for permission to republish this feature, which first appeared in Playdate, August 1970. Max was drummer of The Pleasers in the mid-1960s, and became a leading fashion photographer and director of TV commercials. In 1983 he co-founded ChaCha magazine with Murray Cammick. NB: due to a Playdate editing error the names in the last photo are in the wrong order. They should be, from left: Murray Newey, Ken Muirhead, Tony Rabbett, Roland Farmer, Paul Rabbett.