Jonathan Ganley has been photographing New Zealand music since the 1980s. His work can be found here.

“Their brand of Pop is probably closest to the 60s psychedelic sound of the Small Faces meets the Stooges with a distinct NZ flavour … that rare medium somewhere between Goblin Mix and God.”

There was a definite buzz around the Straitjacket Fits when they first came to Auckland to play and record in April 1987. It had been almost two years since the Doublehappys had ended so tragically, and a lot of people were curious to see where Shayne Carter and John Collie were going next, and what David Wood and Andrew Brough would bring to the sound.

I photographed the band for the 91.8 BFM magazine BiFiM on three occasions between April 1987 and October 1988.

The first photo set below is from the first Straitjacket Fits show in Auckland, at the Gluepot, on Wednesday, 8 April 1987. Some photos from this show were going to be printed alongside Lisa Van Der Aarde’s glowing review in BiFiM but they didn’t get used. I forgot about them until 2009 when I started going back through my photos and scanning them for my photoblog, Point That Thing. 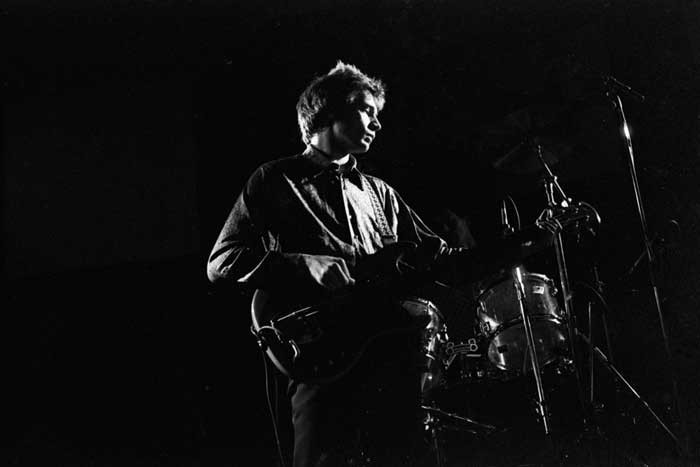 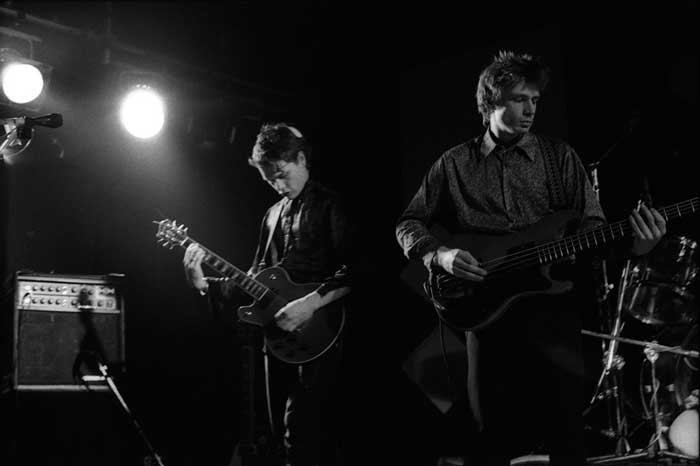 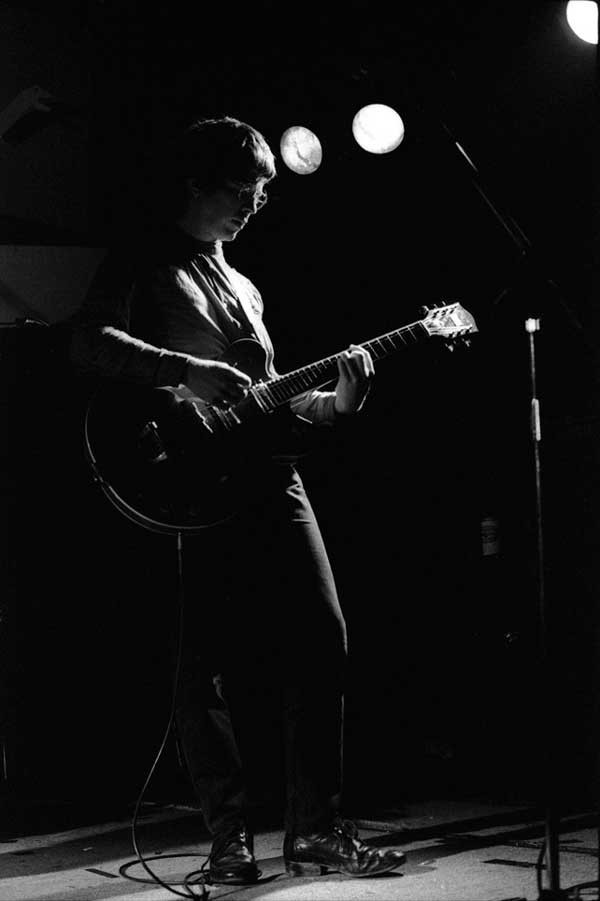 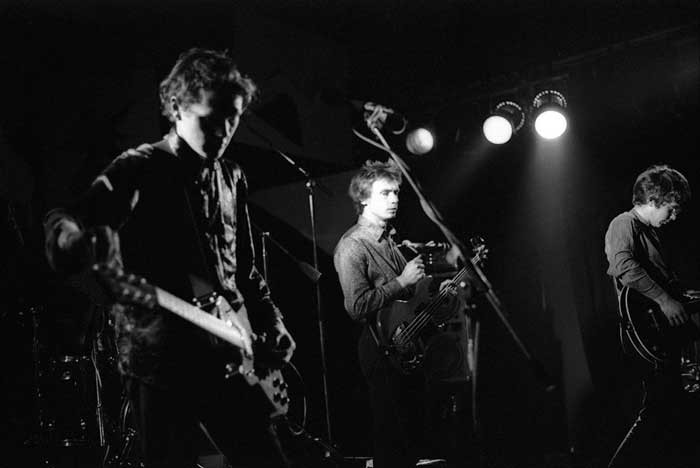 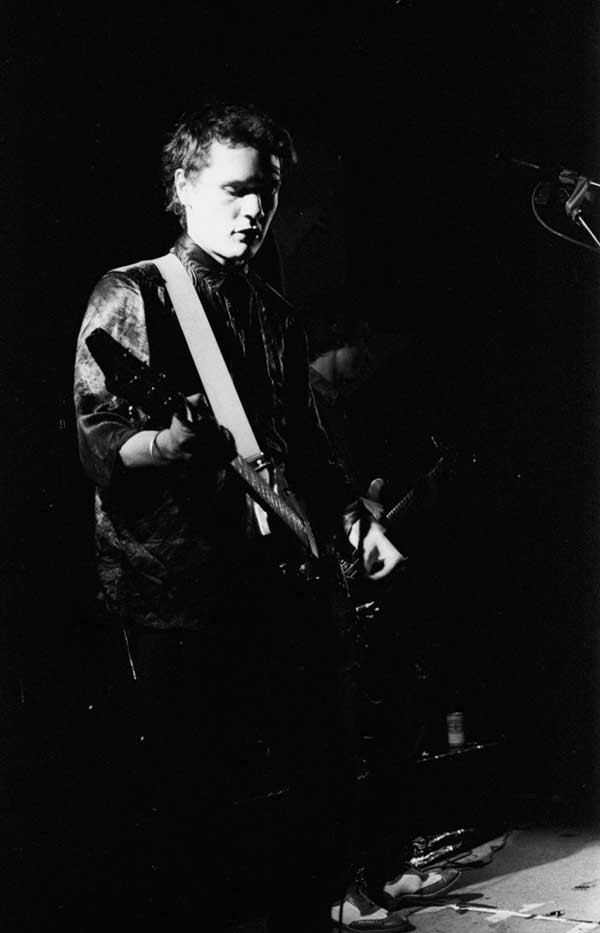 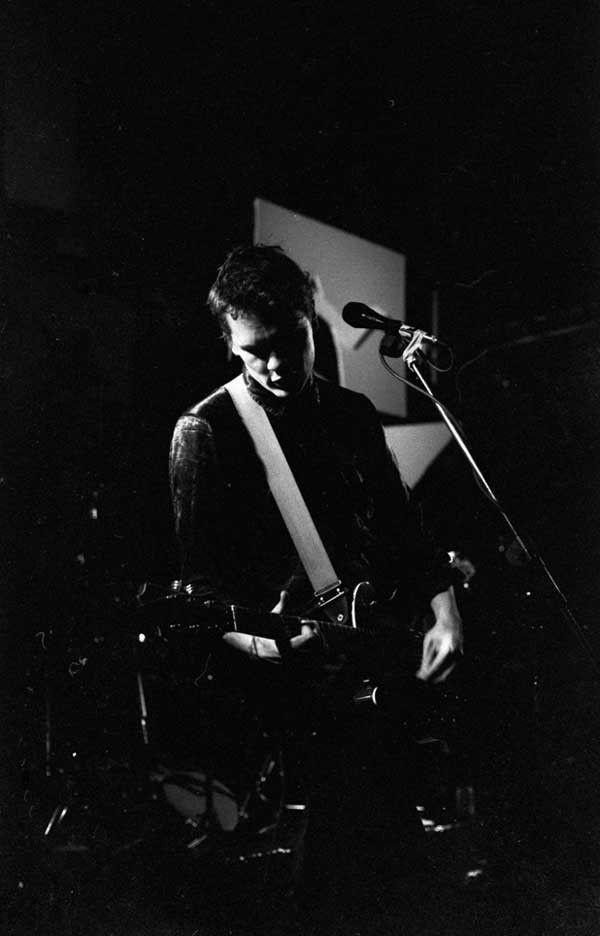 Photo session at The Lab Studio in Symonds St – Life In One Chord recording session, April 1987

Just after the Gluepot show, a photo session and interview for BiFiM was set up. The band was recording the Life In One Chord EP at the Lab Recording Studio in Symonds St.

When Jonathan Roper and I arrived at the Lab, the band had finished recording for the day and were sitting around relaxing, eating, and watching television. Once Coronation St was out of the way – and we had to wait until it was finished – Jonathan did the interview, mostly with Shayne, and I then asked the band to assemble with guitars (and a cymbal for John) in the brightest lit corner of the studio.

The band seemed tired and not really interested in being photographed. The final shot of eight was the one that went on the cover of BiFiM. They looked good, they were in focus and were all looking at the camera. That was good enough for me. 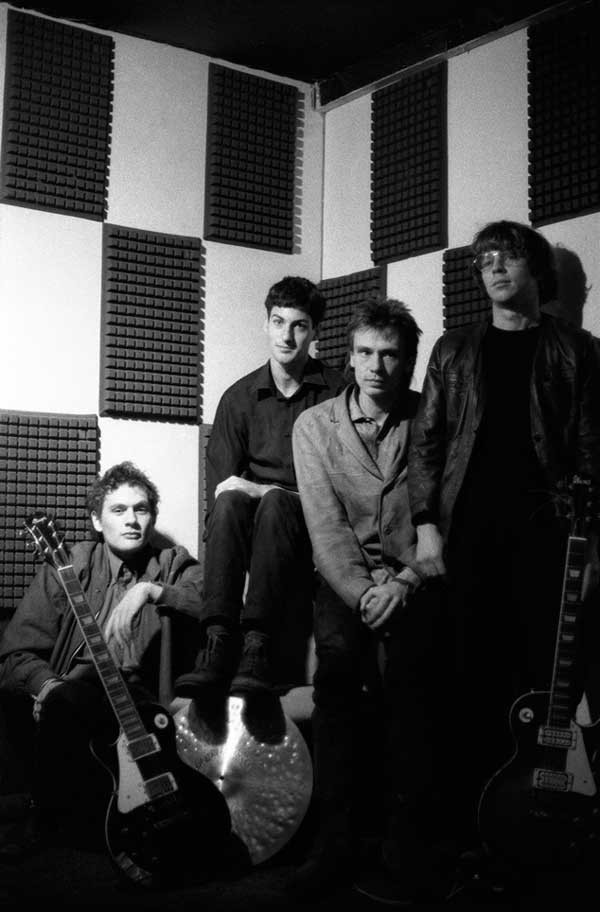 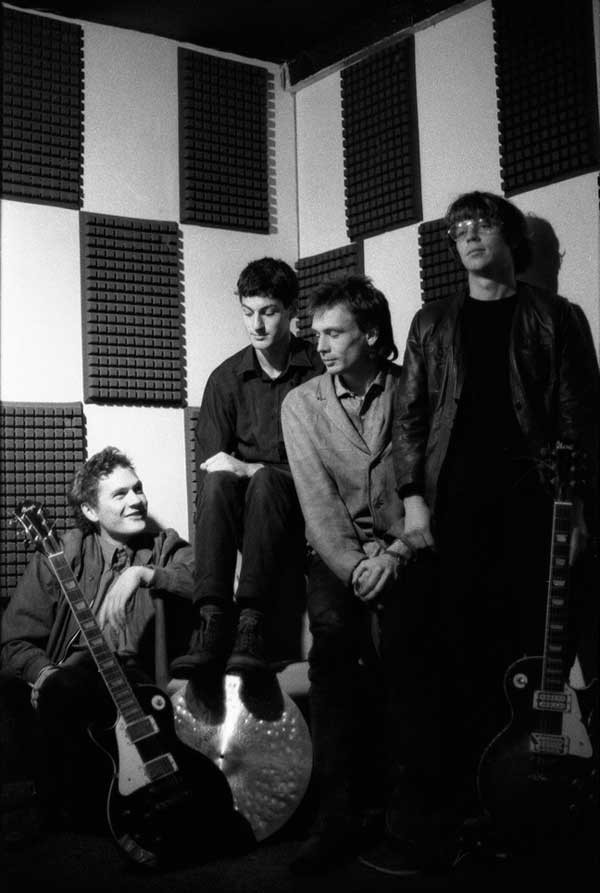 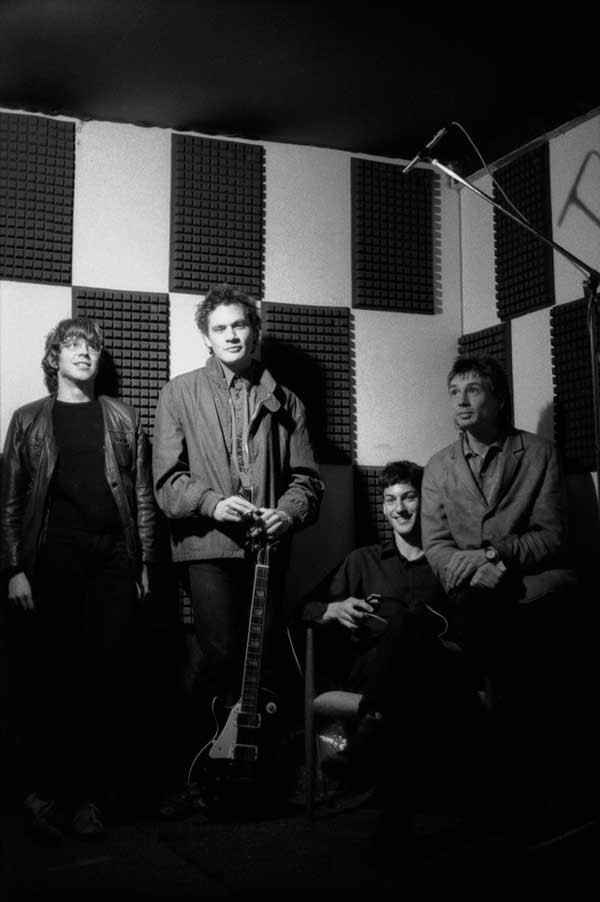 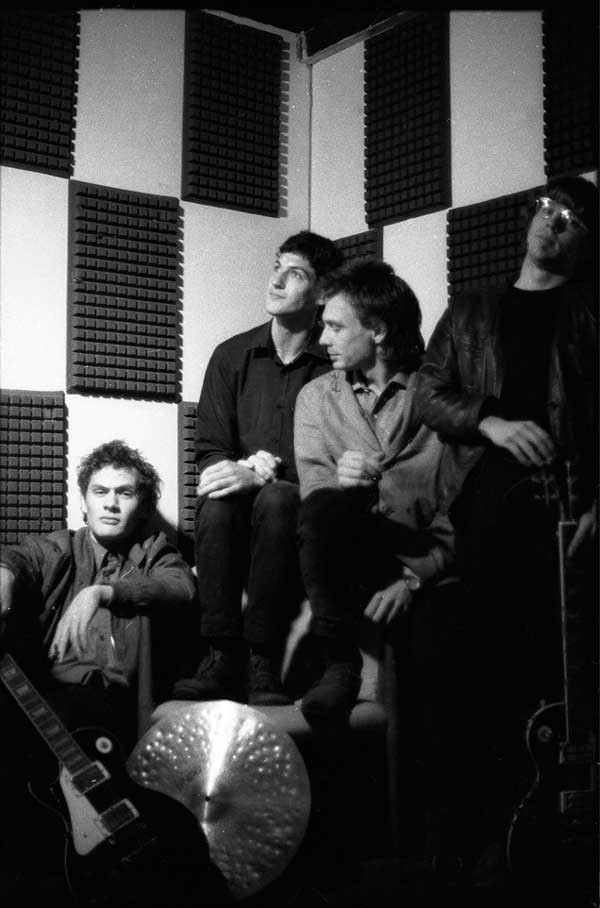 Once we’d finished the photos, Terry Moore asked the band to come in and listen to ‘All That That Brings’ so we all went in behind the desk while it was played back. It was the first time I had been in a recording studio, and the lush chiming 12 string guitars sounded fantastic. Every time I play the EP it brings back the memories of that night.

Before the release of the Hail album, I shot a photo session with the band for BiFiM at the Images video post-production studio in Grafton. Our mutual friend James had arranged for us to use a studio with a curved cyclorama, a dark blue chromakey background, and a lot of lights. The band also came equipped with a few props – a vintage Philips radio speaker, an old telephone and a Casper the friendly ghost doll.

The studio seemed like a good idea at the time, but once we got started I immediately had a sinking feeling. I was completely out of my depth in this environment, trying to direct the band, compose the shots and get the exposures right. Most of the photos were terrible for both composition and technical reasons – and I had no directing skill at all – but a few were passable, and I have included them here. 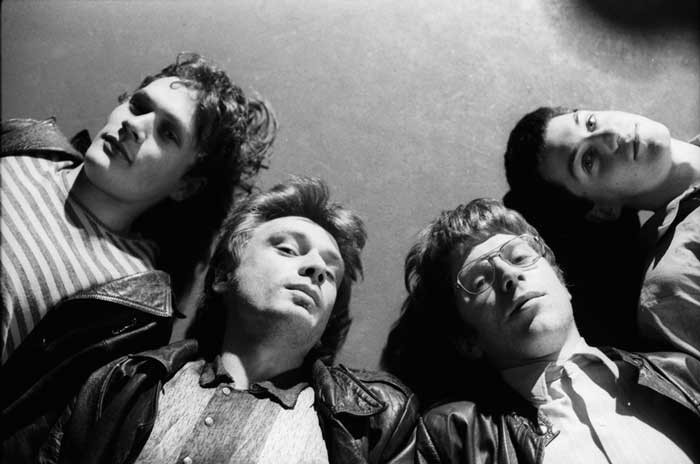 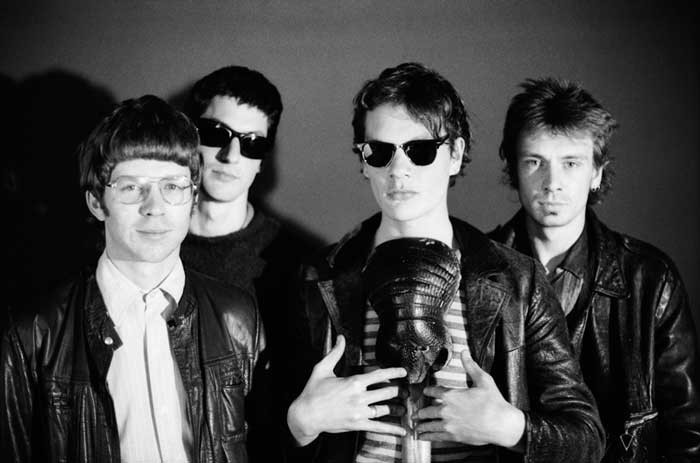 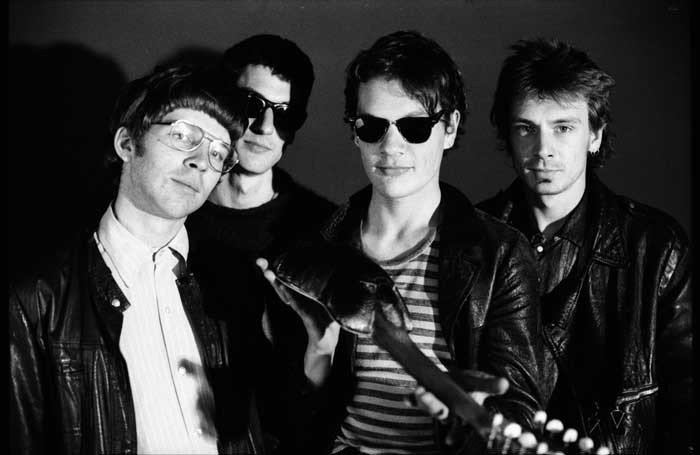 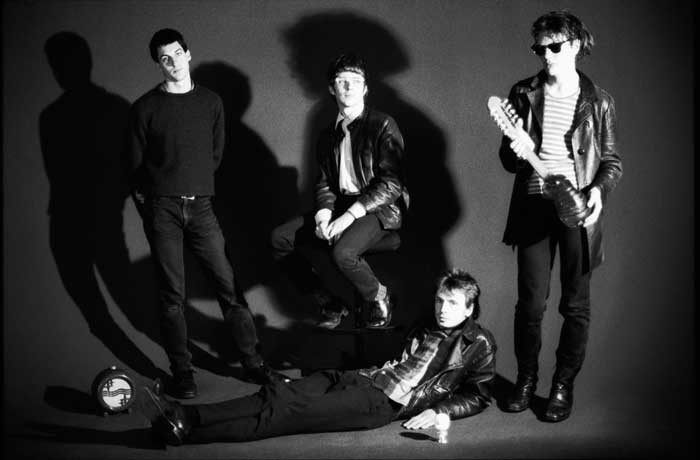 The contrast between the over-exposed pale faces of the band, their dark clothing, and the dark background made the black and white images almost impossible to print conventionally. It wasn’t until 2010 when I scanned and enhanced them digitally that I was able to make the contrast almost acceptable. 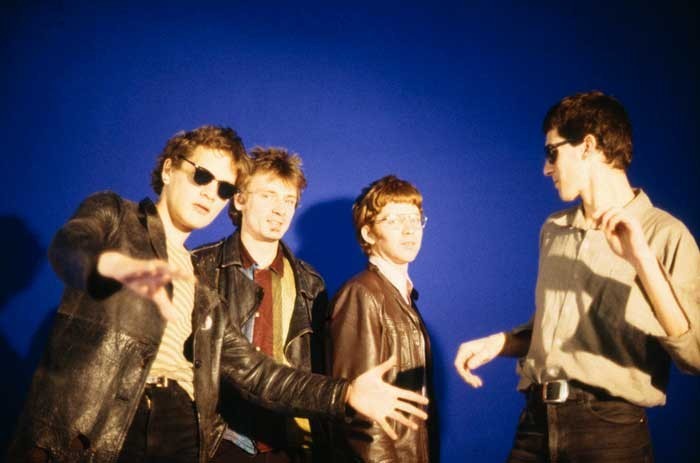 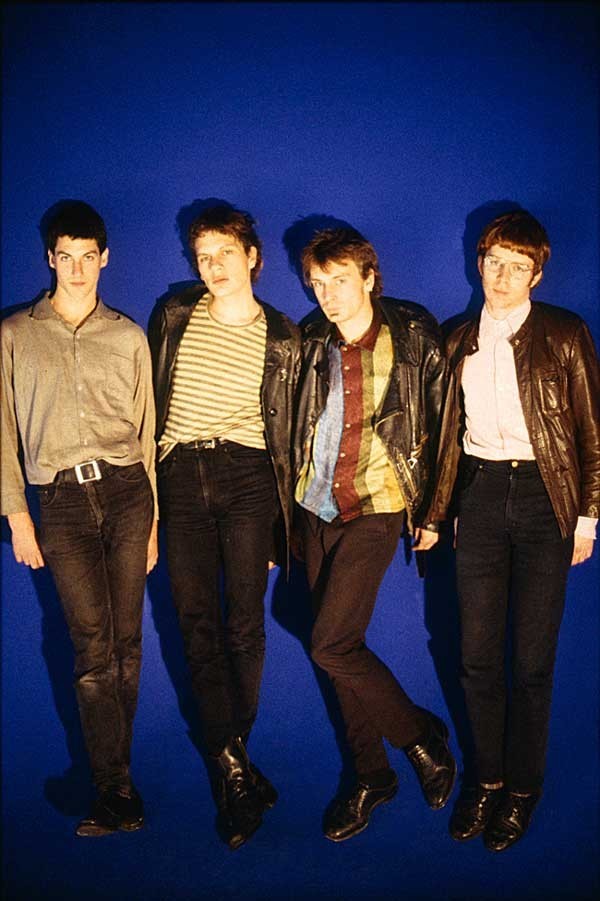 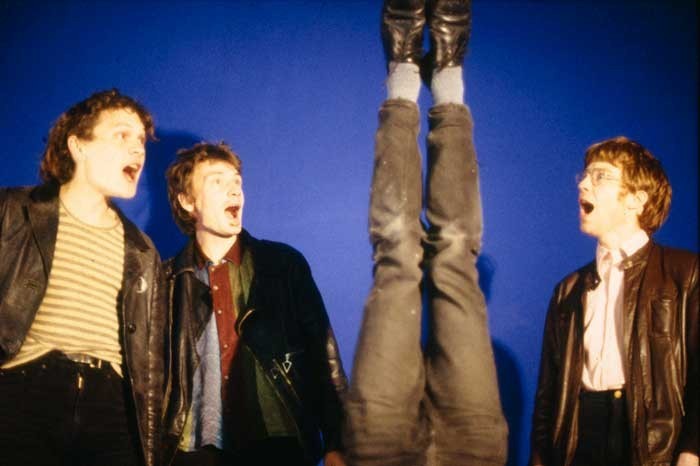 I don’t know why we chose the shot of John doing a headstand with the other three looking amazed as the November 1988 BiFiM cover photo, but perhaps because it was lighthearted and wasn’t a typical moody band shot.