The years since Peter Wadams – P-Money – released Gratitude in 2013 have seen him continue to collaborate internationally, while mentoring other artists. A combination of the two led to the biggest hit of his career thus far: ‘Call on Me’, the 2016 collaboration with Australian singer-songwriter Starley.

While living in New York in the early 2010s, Wadams began occasional sessions with US rapper Buckshot, who would drop in to his home studio to record tracks. Much to Wadams’s surprise, this happened at intervals of several months. “Whenever he turned up, we’d usually record three to four songs, usually get them done or half done," he told AudioCulture in 2020. “And then I wouldn’t see or hear from him for maybe two months.” The downtime while waiting for Buckshot led to Gratitude. 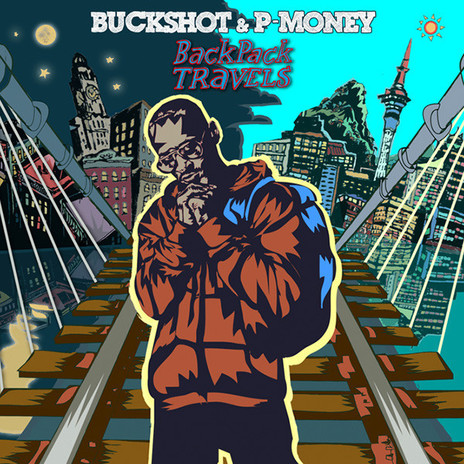 The result of Buckshot and P-Money’s collaboration was Backpack Travels, which came out in 2014. By then, Wadams had returned to New Zealand to live, and had released The Baddest EP with reggae rapper Gappy Ranks. This experience, he says, was “the polar opposite” to working with Buckshot.

After being connected to Gappy through a mutual colleague in Australia, Wadams began work on their single ‘The Baddest’. “I didn’t really know anything about Gappy Ranks. But what I had heard I liked: ‘Yes, send him my beats … we’ll see what comes of it.’ The first thing he sent back was the lyrics to ‘The Baddest’. I loved it right away.”

Working with Gabby Ranks was “the polar opposite” to working with Buckshot.

The track gained support from reggae dancehall DJs across the globe, where Gappy had a following – particularly in London and Jamaica. Off the back of the single’s success, Gappy visited New Zealand to record the full EP with Wadams and squeeze in a quick tour. “He’s phenomenally fast … he writes and records at the same time” Wadams said. “I’d play the music, and he’d just listen to it for maybe a couple of minutes and go, ‘Okay, I’m ready’. He gets in the booth and we think ‘What’s he about to do?’ Because he has barely heard the music. He would rap the first two lines, and then he has to play it back. We play it back and then he adds two more lines … in about 30 to 40 minutes, the song’s done.”

Also in 2014, Wadams made his first contribution to a film sound track: The Last Saint. This experience helped prepare Wadams to take on the role of musical supervisor of 2015 movie Born to Dance – but not nearly enough. “I was just way over my head,” he said in 2020. He was “scared off” working for film after his BTD experience, largely due to the undefined nature of his role, and the difficulty of crafting a dance film soundtrack with a modest budget.

Wadams recalled one particular horror story where choreographer Parris Goebel had already created dances to tracks the production couldn’t afford, and Wadams needed to reverse engineer a new song that would exactly fit with the existing dance number. In retrospect, he can laugh about it, and is grateful to have gained a new collaborator in Goebel, whom he began recording with shortly after the film wrapped.

When Goebel first told Wadams about her aspirations to make her own music as a vocalist and rapper, she had not recorded anything before, and Wadams was excited to help her explore her own voice as an artist. “Because she’s a dancer, she has a certain way [with music]. What she was listening for in tracks and what she would hear in a song that would inspire her – that was very intriguing to me.”

What started as collaboration between P-Money and Parris (Goebel’s recording name), organically transformed into her 2016 debut EP Vicious. Although Wadams’s name is not on the release, three of the tracks are born from their sessions together. In 2020 Wadams mused that “it ended up coming out a little different from what I wanted to be. But, you know, the main thing I have learned in music is when an artist wants do something, you’ve got to get out of the way … So I kind of took a back seat and rolled with the tracks, and she made it what it is.”

“The main thing I have learned in music is when an artist wants do something, you’ve got to get out of the way.”

Wadams’s openness to exploring new creative relationships with a variety of artists, at a variety of career stages, has been key to his sustained success and relevance within the industry. This was, perhaps, never more true than in his smash hit collaboration with Australian singer/songwriter Starley.

They first met in 2007, when Ben Solomon from Australia’s branch of Universal introduced Wadams to some new talent (this is also how he met Vince Harder, so Solomon is quite the matchmaker). Starley and Wadams connected again in 2015 when they crossed paths in LA. “We went to lunch and she started talking about her ideas for her own music,” says Wadams.

“At that point, she had never released anything of her own. She’d been writing for other people, to varying levels of success … she was almost wanting to quit music and just work for the family business. Like things hadn’t quite gone her way, at that point. I picked up on that and I said, ‘Hey, you know you’ve always been talented. I’m sure there’s some kind of way we could do something’.”

Starley began sending Wadams rough ideas for songs, and he was immediately drawn to her early workings of ‘Call On Me’. “It was a great, slow, kind of folksy song on guitar … there was something special about it … very emotional, genuine and sincere. And her voice is really special. I sampled her voice and made that little ear worm that starts at the beginning and in the chorus … I sent it back to her and I get this call, she was crying in the car like, “Oh, my god. This is exactly what I wanted it to be!’”

After eight months and a new mix from the label, ‘Call On Me’ was released in July 2016 and quickly became the most commercially successful song of P-Money’s career. It featured as a Top 10 single across the world, eventually going five-times platinum in Sweden, four-times platinum in Australia, three in Canada, two in four other countries and plain old platinum in three – including New Zealand. Worldwide, it has been streamed over one billion times on Spotify. Wadams is the only other writer and producer credited next to Starley on the track, which financially, “has been life changing”. 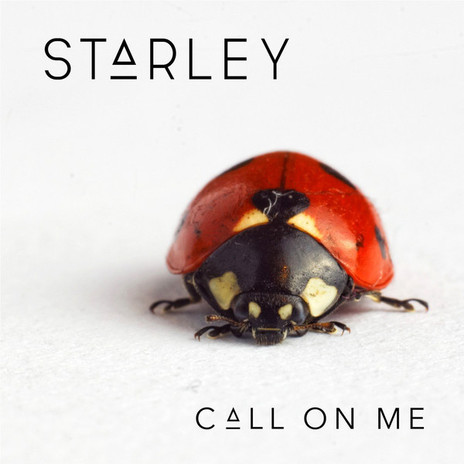 Keeping in mind the organic nature of the collaboration, and Starely’s state of mind at the time, the track’s smash-hit success was an extremely special moment in both their lives. “She didn’t have a label, there was no money, I wasn’t hired … it was just a really simple, really beautiful collaboration,” said Wadams in 2020. “These moments in life, they trip me out … you meet someone, the energy is good … and you create something from that place and put it out into the world. You can never know, but if you’re feeling good about it, sometimes magic can happen.”

Magic happened again in 2017, when Wadams stumbled across Auckland rapper JessB on Soundcloud: a then-professional netballer named Jess Bourke just starting out on her rap career. As a producer, Wadams played a key role in nurturing Bourke’s talent, and after two explosive years, JessB is an international performer picking up the MTV Europe Music Award for best New Zealand act. Wadams says he is often told by New Zealand hip-hop artists, such as JessB, the effect his early 2000s work with Scribe had on their artistic lives. But Wadams says he is also very much in awe of them. “You could argue the average technical ability of a rapper in New Zealand is so much higher than the average back then … Scribe was always above average. This generation, I think they realized that was the standard and they lifted it from there. They’ve gone from that level and try to keep it up.” 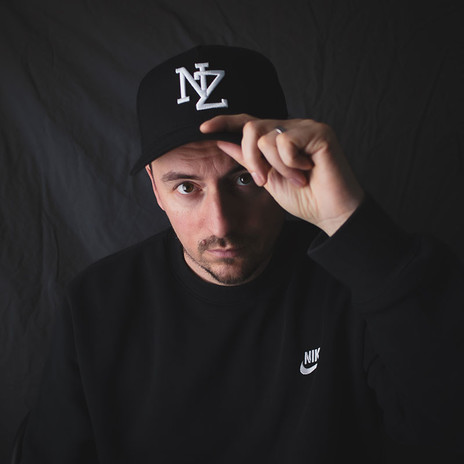 Throughout 2018 and 2019, Wadams enjoyed two years as an A&R man for Sony’s Auckland studio – and two years was the sweet spot. “As much as I love the artists, [and] the team is great … I realised that having a full-time job at a record label – it’s just not for me.” The experience did allow him to become familiar with how the major labels were operating, and by the time he left, he was raring to go with his own ventures.

Coming out of the corporate day job, Wadams scheduled his 2020 to be focused on music production and DJing live – but then COVID19 happened. He took the opportunity to spend time with his wife and young daughter, and in November he released a new single, ‘Hey Hey’. It received its debut at Summer Classic, in February before the lockdown: the upbeat, dancey house track is perfect for the summer festivals he has lined up early in 2021. For now, singles are the focus, and house music the area of interest.

For now, singles are the focus, and house music the area of interest.

“Throughout various projects I’ve worked on, there’s quite a range of sounds and genres – and I’m proud of that. At one point, I used to be like, ‘I have to just keep making this one sound. That’s what people know me for.’ But now, it’s like … if I feel like making a house song today, that’s what I’m making. If I want to make an R&B type song, I’ll do that.”

House music is relatively new territory for Wadams, and that’s how he likes it. “That’s fun for me… I like to be in a place where I feel like I haven’t quite figured it out yet. I like the discovery.”

He brings the same attitude to the constantly evolving technology available to DJs and producers. “I love the technology. I love each advancement. I love new software and new tools,” he says, recalling that he started out working with cassettes. “Anything that makes life easier or more creative. I love the new developments: you have to move with it. It doesn’t mean you have to change your music to sound like young people’s music. It can sound like you and your age, but the technology is just so important to stay abreast – especially for my kind of role as a producer.”