f t
The musical path followed by Neil McGough is unimaginable now. He played trombone and harmonica in brass bands, dance bands, jazz bands, radio and television bands. He arranged and conducted for musicals, ballet, light classics, and symphony orchestras. He wielded the baton when Auckland’s leading musicians experimented fusing classical with rock. He ran two busy institutions, both now unrecognisable from their heyday: the Musician’s Union, and the Auckland Musicians’ Club. And he was a key member of the QEII Arts Council.

Among many memorable musical moments, McGough jammed with the Louis Armstrong band, Kenny Ball and Acker Bilk; played a small role in the early careers of Kiri Te Kanawa and Alan Broadbent; directed one of John Rowles’s best concert bands; backed Robin Gibb of the Bee Gees as he was bombarded by tomatoes; conducted the Auckland Symphonia when it backed Headband, Ray Columbus, Suzanne and Bunny Walters; and he came out of retirement to play harmonica in a TV special hosted by Patsy Riggir.

McGough, who died on 12 January 2017 aged 77, was an ebullient character, passionate about music and also the working conditions of the musicians. He was performing at the highest levels of the brass band movement from his mid-teens, and a professional in all other genres of music shortly afterwards.

Born in 1939 in Pukekohe, where his ancestors settled in the 1860s, McGough taught himself the harmonica as a small boy, and became the bass trombonist in the Pukekohe High School Band at the age of 14. Two years later he was marching down Auckland’s Queen Street, playing with the Band of the First Battalion, Auckland Regiment, in a huge parade marking the 40th anniversary of Anzac Day. While succeeding in the demanding sub-culture of brass band competitions, he also played in local dance bands.

McGough was only 20 when he was invited to join one of Auckland top jazz bands.

His first professional assignment was in 1957, when he played in the orchestra performing the opera La Traviata at His Majesty’s Theatre. (This forced his resignation from the Auckland Fire Brigade Band, as band musicians were required to be amateurs.)

McGough was only 20 when he was invited to join one of Auckland top jazz bands, the “radio dance band” which performed live broadcasts twice a week from the 1ZB Radio Theatre on Durham Street East. The bands were led by a rotating line-up of highly respected musicians; at the time McGough joined the leader was pianist Crombie Murdoch. McGough continued playing in radio bands for the next 20 years.

The Bridge City Jazzmen caught the fad for dixieland jazz with perfect timing, and with a lifespan of 15 years from the early 1960s it was McGough’s longest lasting group. His fellow musicians were among the leading players of the day, and the band made its debut at the first Tauranga Jazz Festival in 1963. Another early gig was on Teen 63, an early NZBC-TV pop show.

Television provided steady work in the heyday of light-entertainment – when arrangers and jazz musicians such as Bernie Allen and Tony Baker were on staff as music producers for NZBC and TVNZ. They assembled “TV orchestras” with players who had been stalwarts of the radio dance bands, and among the productions McGough played on were Happen Inn, 12 Bar Rhythm and Shoes, Hunter’s Gold, Gather Your Dreams and Radio Times. The latter show was a tribute to a musical era and also its final curtain, while escalating the career of Billy T. James.

McGough was also in the pit orchestra of the historic 1965 production of Porgy and Bess, which featured an all-Māori and Polynesian cast (among them Inia Te Wiata), and played often for visiting ballets and circuses. Throughout the 1970s he toured New Zealand backing overseas artists, or leading their bands; among the visitors were Bob Hope, Cilla Black, Bruce Forsyth, Des O’Connor, Lulu and Rick Wakeman.

Ostensibly, McGough gave up playing live in 1981, but he came out of “retirement” in 1985 to perform as a guest artist on a Patsy Riggir TV special for Christmas. For this, he dusted off his harmonica – he had a large collection of various sizes and designs, the smallest being 20mm in length.

Behind the scenes, besides his work with the Musician’s Union – which he joined at the urging of the dynamic FOL leader Tom Skinner – McGough served for many years on the regional and national Arts Councils. Through all this, like most musicians of his era, he had a day job: he was a signwriter, running his own firms and producing regular display cards for clients such as Kerridge-Odeon (and many arts organisations at heavily discounted rates).

In his unpublished memoir, McGough wrote that he felt fortunate “that my early life in Auckland, the 1950s through the 1970s, was full of musical activity. Radio and TV orchestras, continuous live theatre work, session-recording for LPs and commercials, dance-hall work and touring with international stars – all or most of which are now gone.”

While noting that there had been an inexorable downsizing of bands since the arrival of rock and roll with Bill Haley and His Comets, with musicians being replaced by electronics, through to the turntables and DJs of hip-hop, “I don’t seek to complain or criticise the tastes of people today, but to point out the effects these changes have had on the ability of musicians to earn a living. It is ironic that one area of music where an instrumentalist can still enjoy some stability, and not worry that changes in pop fashion are going to put him out of work for life at any moment is so-called classical music.

“For a trombonist, who is not part of an orchestra anyway until it is pretty large, the NZSO and the regional orchestras remain the only stable line of employment available in New Zealand. A TV gig once or twice a year, or jazz festival concert and a couple of pub gigs are not going to pay the grocer next Thursday.”

To give an idea of the breadth of music with which McGough was involved, AudioCulture is publishing edited excerpts of his autobiography. McGough was a born raconteur, and his memoir features a cast of hundreds of prominent names, and just as many farcical moments with which any working musician will be familiar. Among those with walk-on roles are John Rowles, Robin Gibb, Kiri Te Kanawa, Alan Broadbent, Thelonious Monk, Russ Garcia, Julian Lee, Bill Sevesi, and Peter Posa.

Neil McGough had a Rolodex packed with achievement and influence, and knew how to use it for the enrichment of New Zealand music. 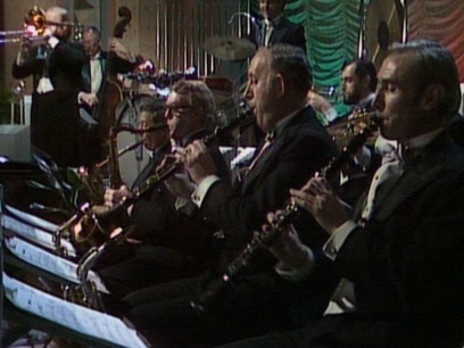 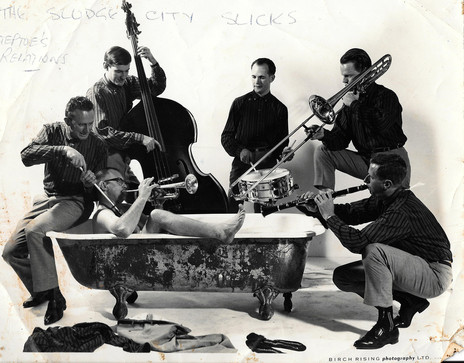 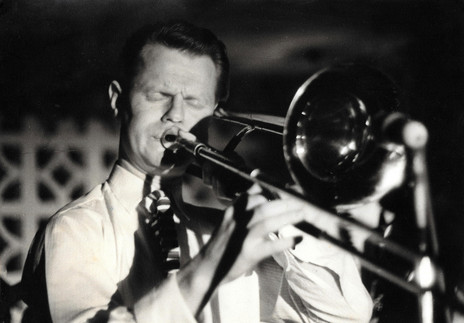 Neil McGough with the Bridge City Jazzmen at the Bali Ha'i, Auckland 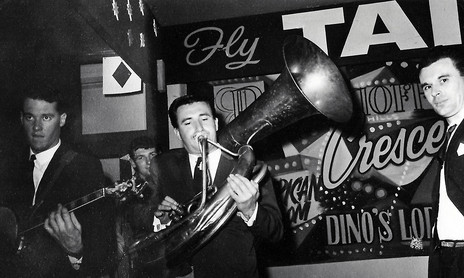 English jazz trumpeter Kenny Ball tries out a tuba while jamming after hours at the Monaco club, Auckland, 1962. At right, Auckland musician Merv Thomas wonders if he'll get his tuba back. 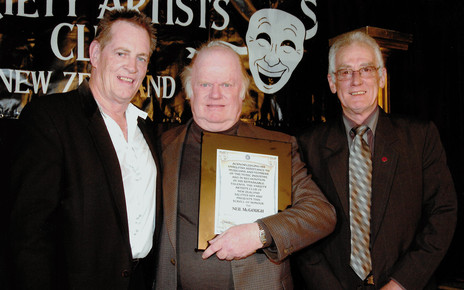 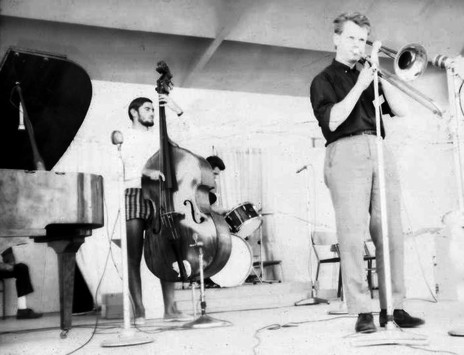 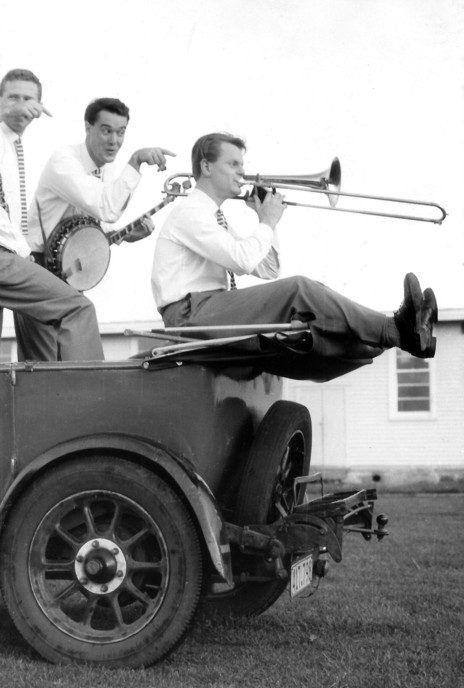 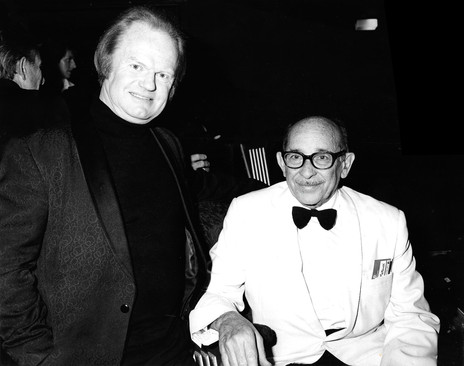 Neil McGough with his mentor, conductor Juan Matteucci, at the Mercury Theatre, Auckland, during its 1986 season of West Side Story. Matteucci had been the musical director at the Mercury 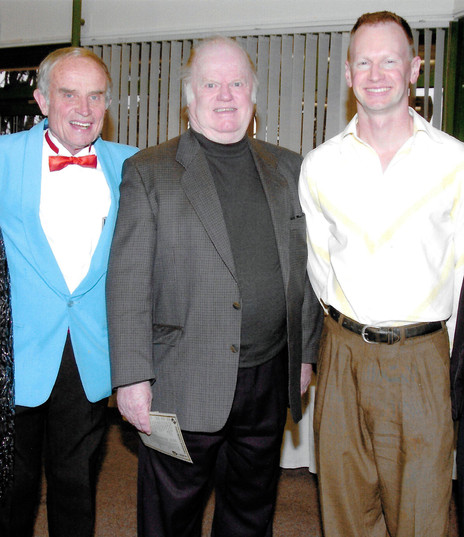 Neil McGough receives his Variety Artists Club scroll of honour in 2005, with magician Jon Zealando, left, and his son Steve McGough at right. 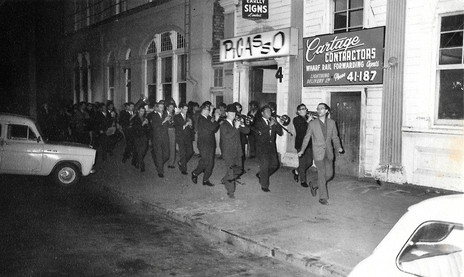 Led by “drum major”, bassist Les Still, the Auckland Jazz Club band escorts the Kenny Ball Band past the Picasso on Grey's Avenue, Auckland, to the Monaco on Federal Street, 1962. 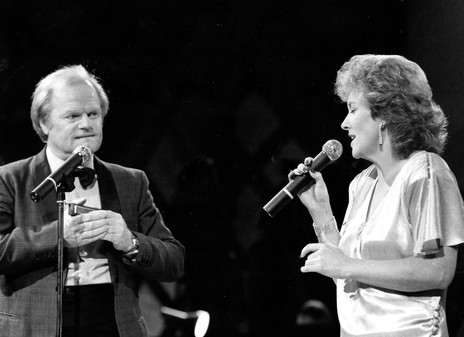 Neil McGough adds some harmonica to ‘Stardust’ as a guest on Patsy Riggir's Christmas TV special, 1985 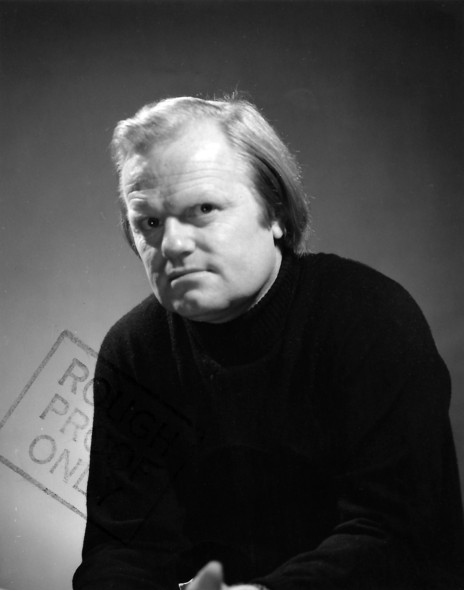 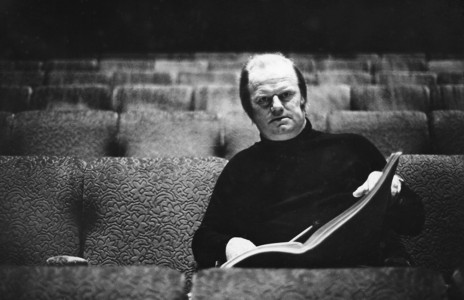 Neil McGough with his score for West Side Story, which he conducted at the Mercury Theatre, Auckland, in 1986 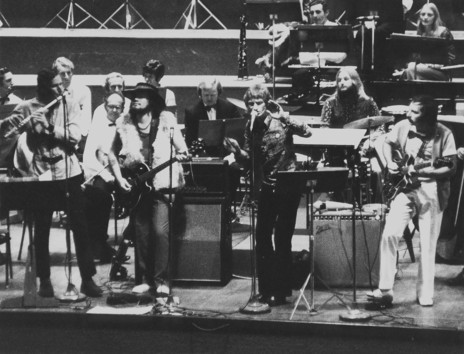 Neil McGough, in his tuxedo, sits between Billy Kristian and Tommy Adderley the night Headband met the Auckland Symphonia, April 1972 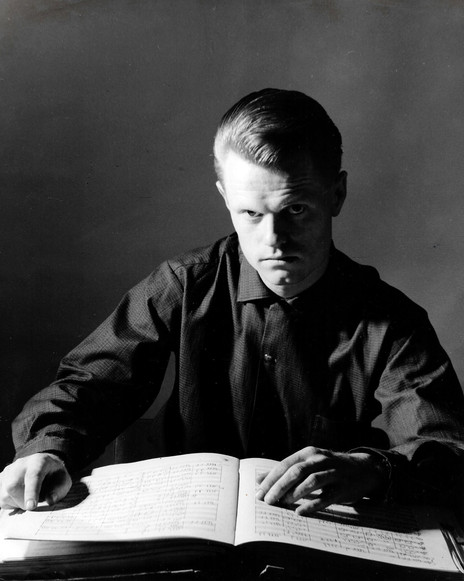 Neil McGough with the score of the New Zealand production Uwane, 1962. The “Maori musical” was written by a brother and sister, Lindsay and Zella Rowell, and featured a young Kiri Te Kanawa. 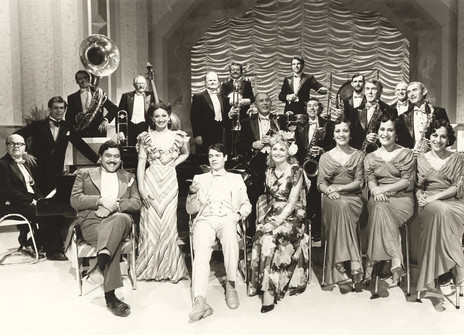 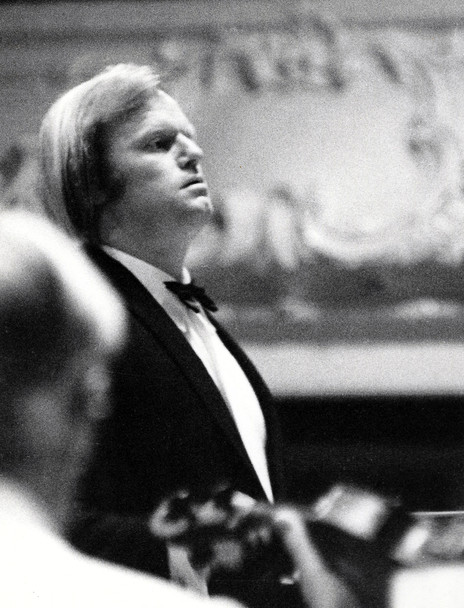