f t
Lorina Harding’s reputation rests on just two albums recorded some 12 years apart. That, and a whole lot of gigging. But really, what makes her worthy of a place in the pantheon of New Zealand singer-songwriters is the quality of the songs on those two critically acclaimed albums, and the singing and playing of them.

Released in 1992, her first album, Lucky Damn Woman, established her as a unique and assured voice, with a masterful sense of how to translate life experience to song. But back then she was neither a New Zealander, nor an established songwriter. In fact, she was a recent import from Canada, where she made a living from her other passions: acting on the stage and puppetry.

Music was always around though. Her father was an opera singer, and her first husband was a songwriter. “I sang with him and with his groups and performed his songs,” she told me, “and when the marriage ended I thought ‘Well, if he can do it, then I probably can too!’ I started writing out of spite – it’s a good motivator! I wrote my first song and thought ‘That wasn’t too hard!’ and then another came up, and then suddenly I wasn’t writing out of spite anymore, but I could use those emotions to my advantage when I was writing. So I fell into it by accident. It was the strangest thing the first time someone labelled me as a songwriter. I went, ‘Oh, am I?’ It hadn’t occurred to me before that.”

The expat Canadian prairie girl moved to Auckland in 1988, following a brother who had married a Kiwi. “He said ‘You’ve gotta come over and see this place’, so I did. Just by coincidence I rang a movie theatre about a puppet company that was touring through the country and I got the job – that got me my work permit, which got me my permanent residence.”

The result was Lucky Damn Woman, an album that elicited gushing reviews for songs that were slightly country oriented without being overtly so.

Harding found that the acting she’d done for film, television and the stage was scarce in NZ, “Partly because I had this received North American accent.” Instead, “I had this collection of songs, and decided one day I needed to do something with it, and went into a small studio in Glen Eden and produced a tape.” The result was Lucky Damn Woman, an album that elicited gushing reviews for songs that were slightly country oriented without being overtly so.

In the mid-eighties, she fell in with a crowd who adored Gram Parsons and alt-country. But  growing up on Gilbert & Sullivan, Sammy Davis Jnr and Barbra Streisand, and spending her teenage years taking in the likes of Captain Beefheart and Frank Zappa, meant C&W wasn’t really in her blood.

“I like lots of different music,” she says. “Some of it’s alternative country, some of it’s going back to really traditional stuff like the Carter Family. Some of it’s as far from country as you could imagine.”

She sees her own music as having various strands of influence, including blues and jazz. “It doesn’t bug the audience, but it bugs the music industry, because they think people are stupid. They think people only like one style of music, and that’s not true. They’ve made the incorrect assumption that people move along a straight line, and that if you deviate from that people are not going to enjoy it.”

Soon there was another marriage and a child, Hannah, who would grow up to sing under the name Aldous Harding, garnering her own acclaim in the process. But the marriage ended in grief, and after a painful child custody battle, Harding was marooned in Dunedin with another relationship that wasn’t built to last, but made great fuel for songwriting.

Finally settled into yet another marriage on an organic flax farm in the deep south, Harding started working on a follow-up album, which was released in 2004. Recorded at the now razed Helen Young Studio in Auckland with Ben King (Goldenhorse) in the producer’s chair, Clean Break featured an eclectic but stellar cast of local musicians, including guitarist Nigel Gavin, members of the Jews Brothers and improbably, former Pluto players Michael Franklin-Browne and Milan Borich. A mature work that drew on her frequently unsettled life for emotional gravitas, but found her in a positive place, it sold only moderately, but did win her a Tui for the New Zealand Music Awards Best Folk Album of 2004/05. It also introduced 13-year-old daughter Hannah to the world on a duet the pair co-wrote, ‘Exactly What To Say’.

“If you concentrated all the life experience I’ve had, it’s not a cute, lovely, funny picture,” she says. “The line in the song with Hannah, ‘The things that happened to me back then, I don’t want them to happen to you.’ What I went through to get here, will you have to do that? Of course! But I don’t want you to. It’s every mother’s worst nightmare.”

Since then, Harding has been relatively quiet, enjoying life on the farm, occasionally performing, and getting back into theatre. In 2010, she toured a new album, Restless & Crazy, but never quite got around to releasing it officially:

“I recorded Restless & Crazy at the now defunct Hillside Studios in Auckland with co-producer Warren Mendonsa, and we had a ball doing it – it was the most fun I had ever had in a studio. I took off to Canada after I recorded it and decided while in hospital with my dying Mum that I didn’t want to do it anymore. I toured it, but the experience left me with a “never again” feeling. I hated touring because, in the end, it felt like having sex when you really don’t want to.”

More recently, Harding has returned to her theatrical roots: “Physical theatre, mask, puppetry, clowning, etcetera – my truest self. I may tour again, but it will be a completely different animal, a mix of music and theatre. Now that gets me in the mood.” 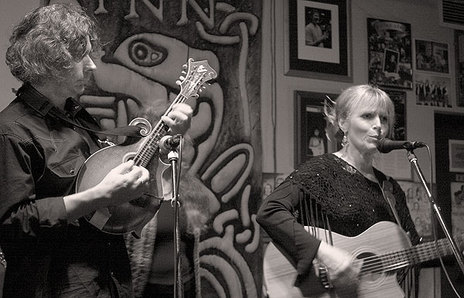 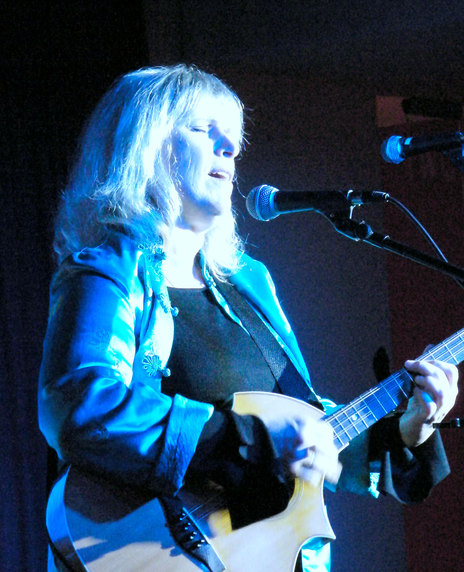 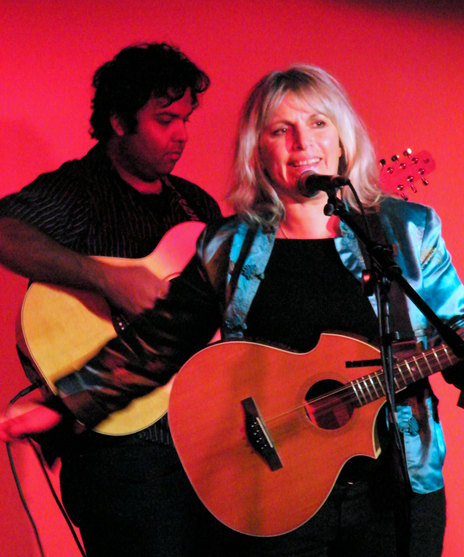 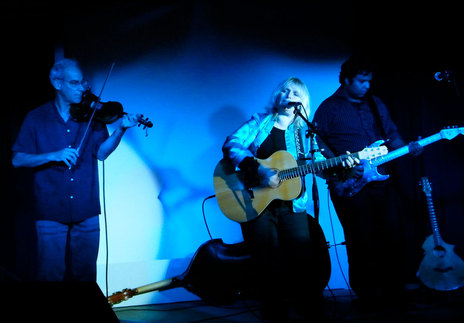 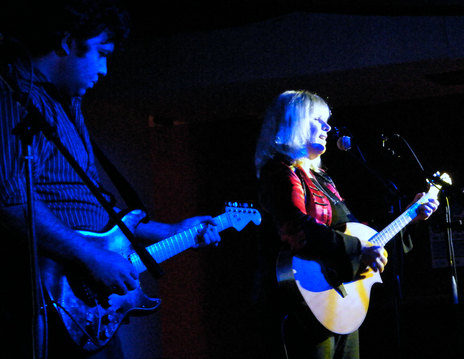 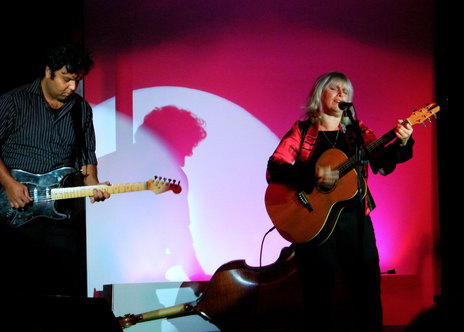 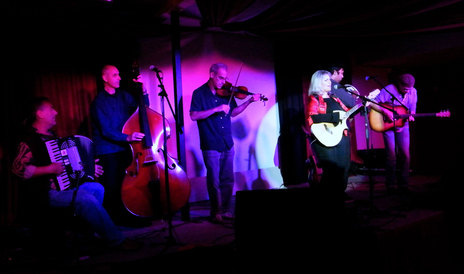 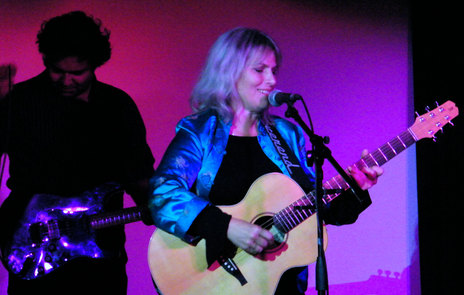 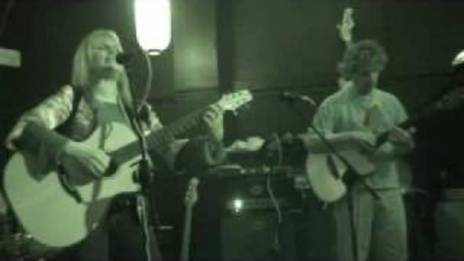 The Promise (Live at the Wine Cellar, Auckland, October, 2009) 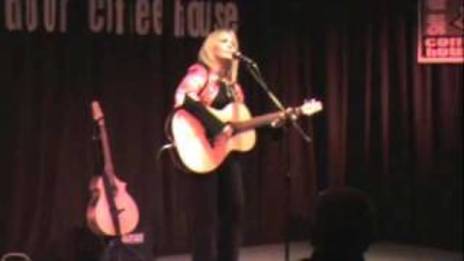 Nothing In This World (Live at The Side Door Coffee House, December 11, 2009) 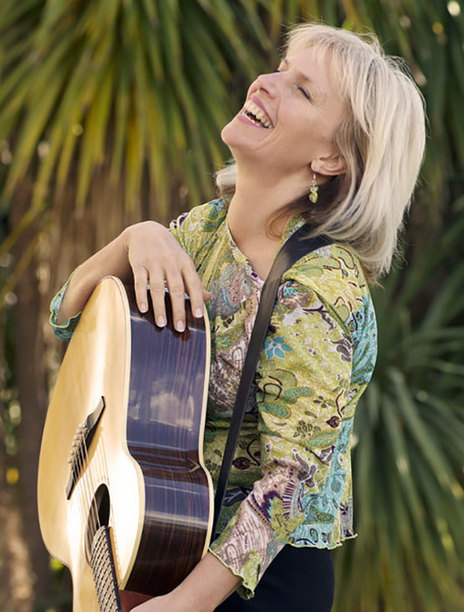 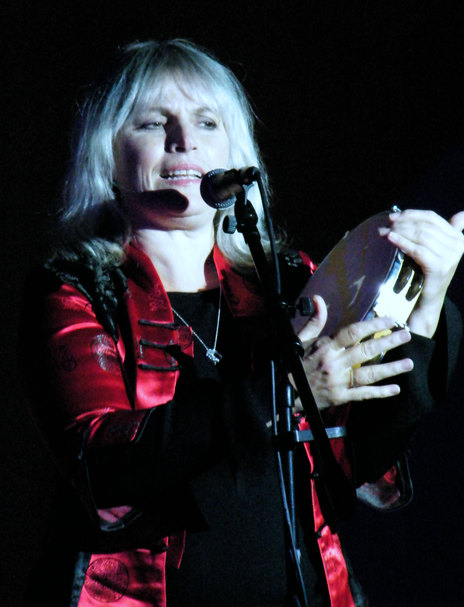 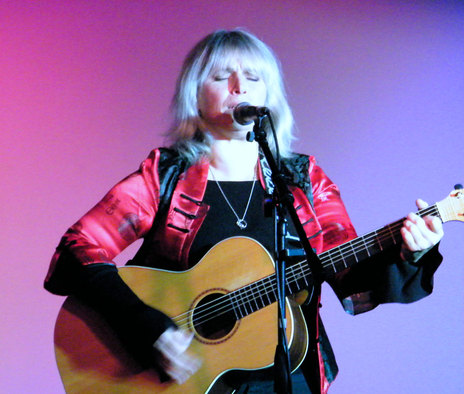 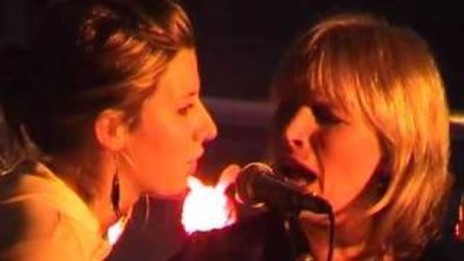 Lorina and Hannah Harding at The Quarter, Wellington, 2009 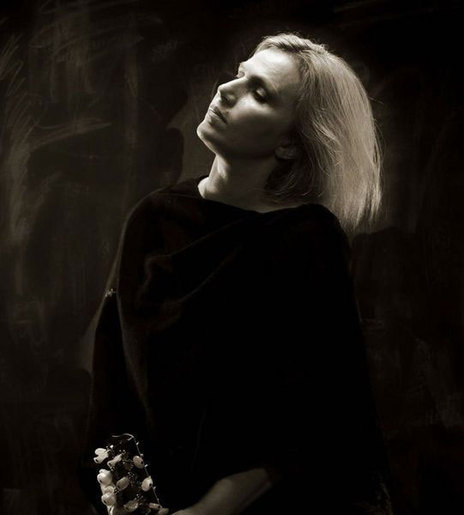