In the late 1970s I was in a band called The Tigers. One thing you learn in a band is how to avoid many of life’s little hurdles: speeding tickets, paternity suits, head-on collisions and our nation’s toxic burger bars. However, one thing you could not avoid was the length of time you had to play in most New Zealand pubs.

A large section of The Tigers’ repertoire was original songs. However, as we hadn’t yet compiled a lengthy song list it was hard to play three 30-minute sets. So, we would hire a local band to open the show for us. A miracle that such acumen occurred to us. The local band would be the curtain raiser and they’d take up 30 minutes of the show. After this, The Tigers would take the stage and play two sets. Nice.

We wore disguises, swapped instruments and became our own support band.

When there was no local band this system failed spectacularly. How did we get around this? Easy: We wore disguises, swapped instruments and became our own support band called …The Wetas. A shameless metamorphosis perhaps, but it was exceedingly funny to us guys in the band. We laughed our heads off at the cheek of it all and, this enthusiasm was contagious, as The Wetas, who only played cover versions, used to go down surprisingly well.

Perhaps fortunately, The Wetas never became more popular than The Tigers, as this would’ve seriously compromised the latter’s crusade for world domination and the big time.

The Wetas’ disguises were pretty lame, (one enterprising Weta used to wear a motorcycle crash helmet) but amazingly, we actually fooled most of the people, most of the time. There were five in The Tigers at this stage so, to confuse audiences even further, only four Tigers would be in The Wetas. This confusion was amplified on at least two occasions, by what became known in Weta circles, as, the appearance of “The Mystery Guest” – me.

It worked like this: I would disguise myself and appear in the audience as The Wetas were playing and I would march up to the stage, stop the band and ask if I could play and sing ‘All Shook Up’. The only Tigers instrument on stage that The Wetas did not use on every tune was our Fender Rhodes electric piano, ideal for me to play badly but adequately as I, the Mystery Guest, fumbled my way through Elvis’ great song. 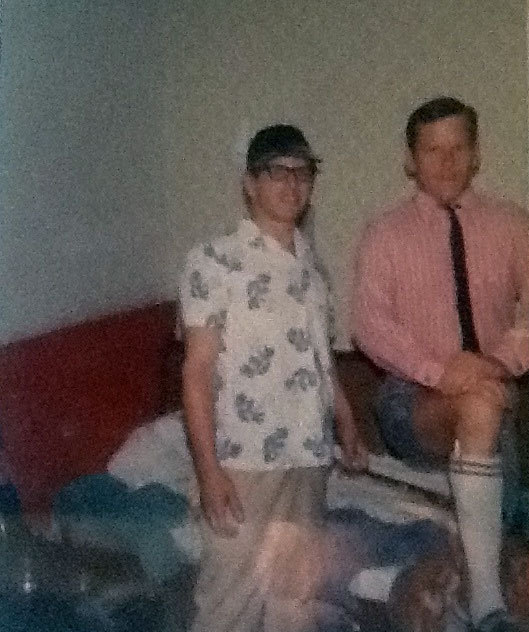 My first appearance was in mid-1979, at Napier’s Cabana. I disguised myself as a jogger and pretended I had been running past the pub, had heard the band and had come in to listen. So, during a song break, in full jogging gear, I ran into the bar and up to the band and asked them in a loud voice: “Gidday guys, is it OK if I play a song with you?” In on the act, The Wetas agreed and I got on stage, had a small discussion along the lines of “Yes, I was just running past guys, heard the band and thought, gee this could be the moment when I could get up on stage and sing with a real band – something I’ve always wanted to do. Erm, do you guys know ‘All Shook Up?’ Great.” The Wetas backed me, punters even clapped. After this, I thanked the band, jogged off the stage, through the Cabana-ites and out of the pub. It worked a treat. Then, after The Wetas played a set of 12 cover versions, we all got into our Tigers gear, came back on stage and played the next two sets.

It’s true, several people looked at The Tigers as we came out on stage, scratched their heads and did a double take, but few tumbled our game.

Of course, the actor/ ego maniac within took over after Napier. I decided that being a jogger was too much of a walk-on part. Next time, I wanted to make an impact. I wanted an Oscar.

Four weeks later the band was in Palmerston North, home of the cavernous student pub, The Awapuni Tavern.

It was a Saturday afternoon gig and we couldn’t get a support band. There were at least 500 punters in the bar. It was packed. Forget about the jogger, this time I wasn’t going to meekly ask The Wetas if I could play ‘All Shook Up’, I was going to demand it!

I decided to make my appearance in the form of a Palmerston North City Council Noise Control Officer. At the prearranged time, I marched into the seething pub dressed like your typical Council kind of guy – an unhappy one at that due to this Saturday shift. I was dressed in a shirt and tie, my longish hair smoothed down into a tidy arrangement, glasses, walk shorts, walk socks (with two Biros in the tops) and sensible shoes. In my hand was an electronic noise meter/detector, in reality a Korg guitar tuner. It looked technical and official enough from a distance.

The four Wetas were well into their second cover version as I stalked around the pub holding the guitar tuner up above my head and then looking at the “reading”. I was in serious jobsworth mode. People started to notice.

“What’s that you’ve got there mate?” a student asked.

“What a wanker,” another student said.

“To serve and protect,” I replied.

As The Wetas launched into ‘North To Alaska’, I jumped up onto the stage and stopped the band mid-song. The pub went silent.

As The Wetas launched into ‘North To Alaska’, I jumped up onto the stage and stopped the band mid-song. The pub went silent.

I got hold of one of the microphones and told the pub that there had been some complaints about the noise, but on this particular occasion, if the band would let me play and sing ‘All Shook Up’, all would be forgiven.

“Yeah let him bloody well sing it,” someone shouted out.

“Get that prick off the stage,” was another popular audience appeal.

The well-oiled ruse worked again. The Wetas’ brush with officialdom was all forgotten, some prick from the Council sang ‘All Shook Up’, 10 minutes of valuable time was eaten up. The Tigers came on stage after The Wetas, we played a good set and everyone went home happy. Soon after, The Tigers moved to Australia.

We have heard rumours that a tribute band called The Wetas started up after we crossed The Tasman. They played for a while it seems, had a few brushes with fame, disbanded due to musical differences and left the record label. But hey, not before they’d all made solo albums.