The Kiwi Hit Disc began as an idea and grew into a New Zealand music institution, an aural account of our popular music history over close to a quarter century, with a library of over 4,000 songs.

With a 22-year life span, Kiwi Hit Discs were just that: CDs targeted at radio with the latest music made by New Zealanders compiled on them.

Wind back to 1989. The Broadcasting Commission, also known as NZ On Air, was established, primarily as an independent agency to collect television licence fees. NZ On Air’s job was to use the licence fee income to get more of New Zealand on air. That meant television programmes and public radio but it was also charged with the job of getting more New Zealand music on air. 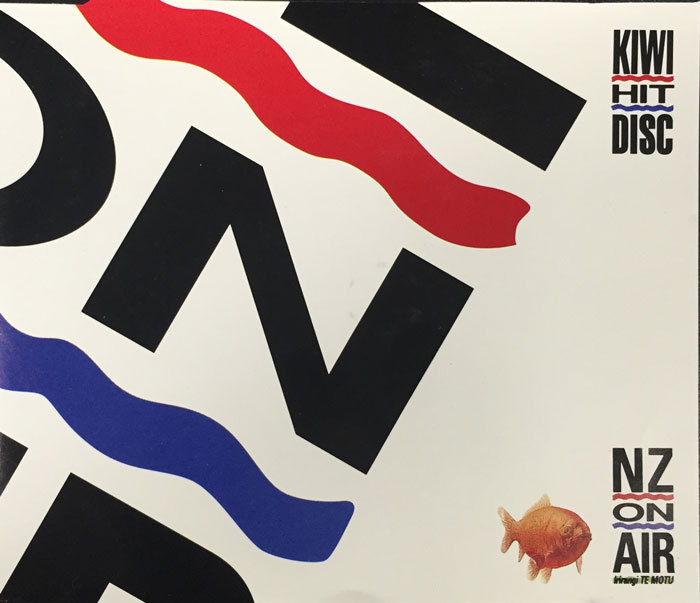 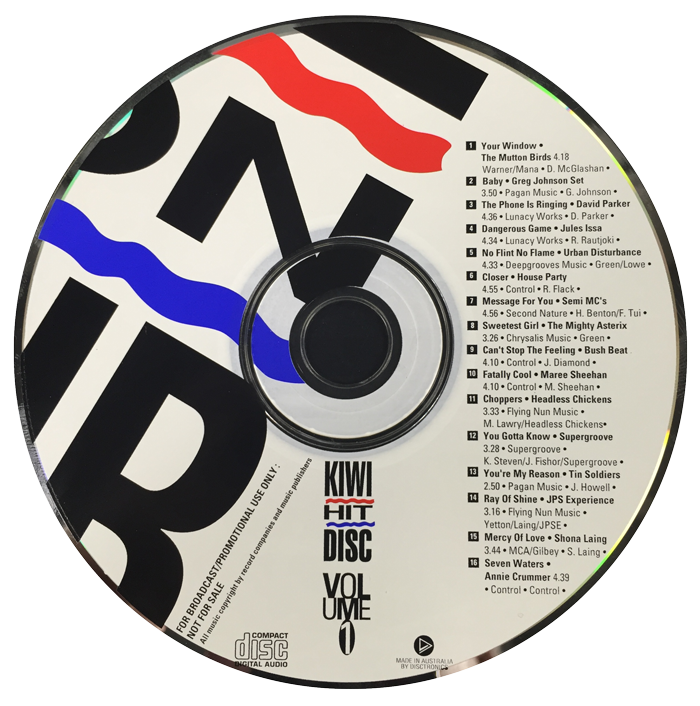 The first Kiwi Hit Disc, with production by Jeremy Freeman for Hit Or Miss Productions, art by Gideon Keith for V8

Back then, just two percent of music played on commercial radio was from New Zealand. Calls were made for a mandatory New Zealand music airplay quota similar to Cancon (Canadian Content) or as in Australia.

The Mutton Birds' 'Your Window', track 1 on Kiwi Hit Disc 1.

It was a time when the music and radio industries were at loggerheads over the quantity and quality of locally produced music and whether it was suitable for airplay. Musicians wanted airtime for their releases and to increase consumer awareness of NZ music, hoping that sales would follow. The radio industry was moving away from “gut” programming and music playlists were increasingly researched to the hilt through call-out research, listener panels, rating lists and focus groups.

Getting a song on the radio seemed harder for homegrown acts compared to the overseas acts that were backed by multi-national record companies. It seemed that local music was the loser.

Radio began fragmenting and broadcasting became narrower with specific demographics being catered to. It was local radio in as much as local meant geographic origin, community notices and local news, but not necessarily local music. 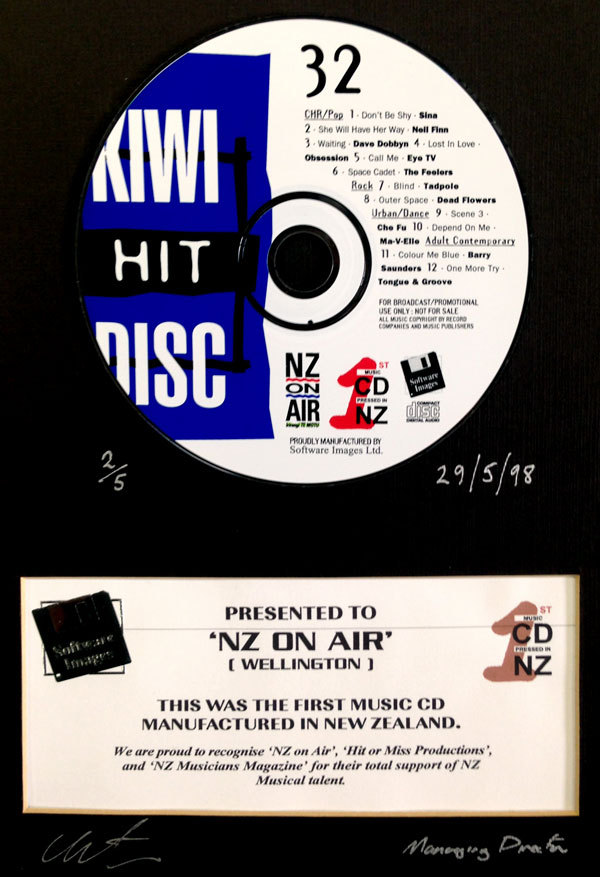 Kiwi Hit Disc 32, May 1998. This was the first compact disc manufactured in New Zealand.

Radio tastemakers such as 89X and 91FM in Auckland had moved to playing hits directly from the United States rather than waiting for the New Zealand release. This was made easier by subscribing to a new music sampler service called the “Hit Disc” produced by a US company called Century 21 Programming based in Dallas – specific radio mixes and edits of the latest tracks conveniently placed on a single durable broadcast standard CD, directly airfreighted to New Zealand. 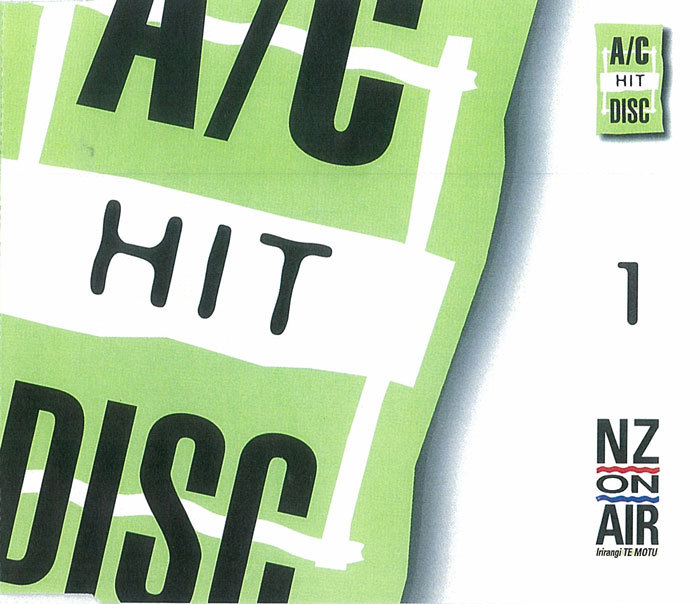 This importation practice led to several legal C&D (cease and desist) orders being applied by record companies to prevent radio from playing the music before it was released locally.

The late 1980s heading into the 1990s was also a time of record pressing plant closures and centralisation, when the remaining major music companies that were not already based in Auckland relocated there, along with the logistics and warehousing side of the industry. 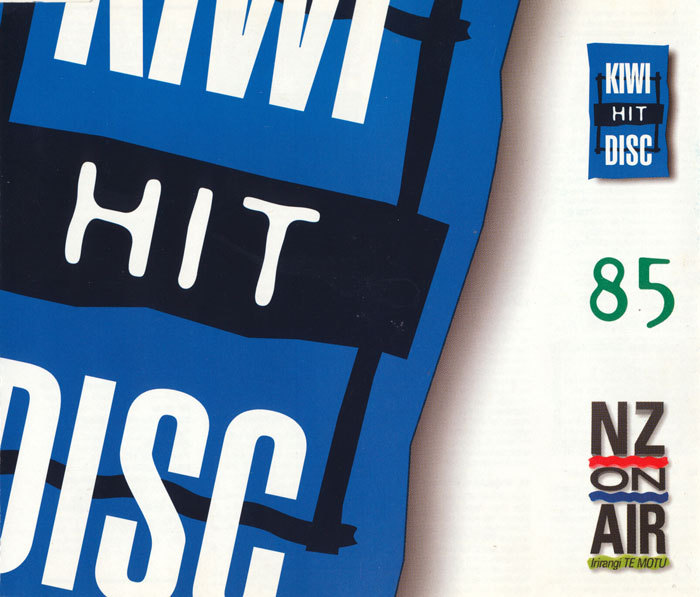 In the midst of all this, getting New Zealand music on the radio was proving frustratingly difficult. Radio programmers received samples from the then seven major labels (BMG, EMI, Festival, PolyGram, Sony, Virgin and Warner) alongside local indies. Stations often received 25 to 30 tracks per week, all vying for an average of five to six new playlist adds per week and making it very difficult for the self-promoting New Zealand artist to get noticed. The major labels phoned stations weekly for playlist updates, pushing their latest priorities. 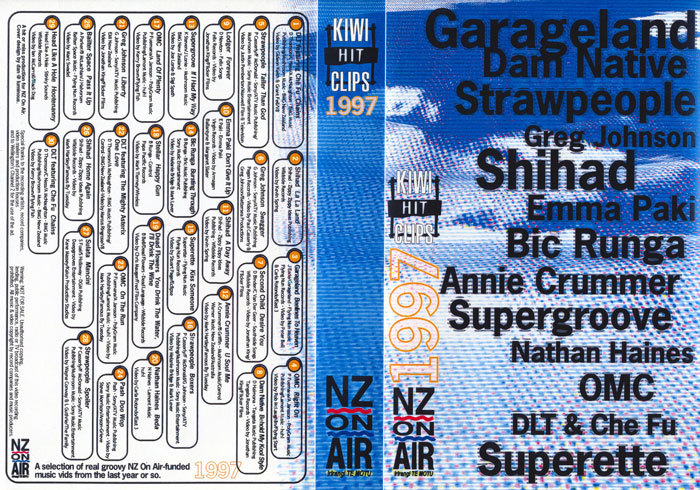 A reliance on the US trade weekly Radio & Records (R&R magazine), coupled with the US Hit Discs, helped ease the programming task which was just part of the Progamme Director’s role at a commercial radio station.

At the same time, and partially as a result of this, the quota call got louder but it fell on deaf ears. The Government, fresh from deregulating broadcasting, was not about to re-regulate for local content.

Along came NZ On Air with its mission to infiltrate the airwaves with New Zealand music. 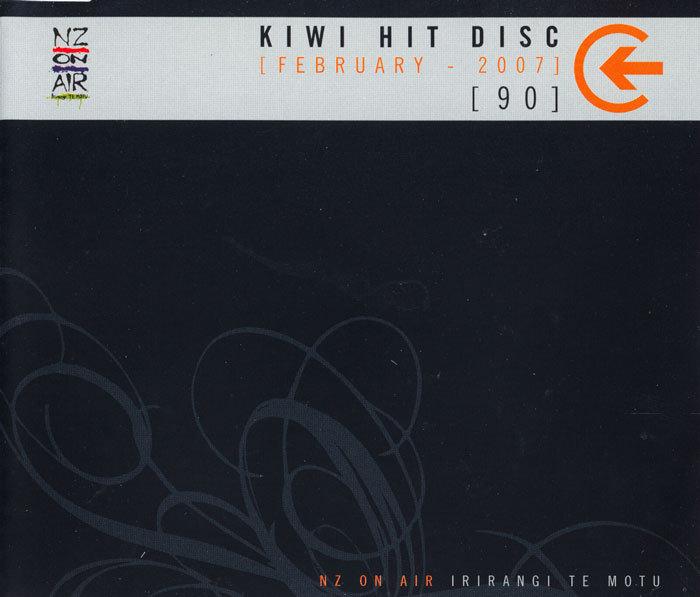 The first was called Counting The Beat, produced by Tim Moon and Trevor Reekie under the banner of Media Music and it played on Auckland’s 91FM on the North Shore.

But even then, Smyth was conscious of the limitations and the danger of “ghetto-ising” New Zealand music, shunting it off to a late night slot on a Sunday. “The playlist is the thing! One hour once a week is all very well but infiltrating the playlist is the challenge.” 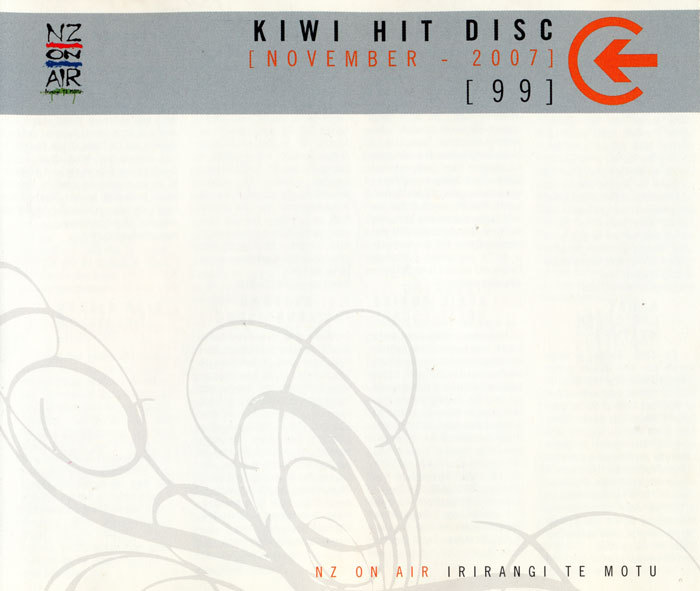 It has been said that the Kiwi Hit Discs came into being over lunch at Kenny’s Café in Hereford Street, just over the road from the then offices of Warner Music. Smyth and Freeman discussed the idea and Smyth said, “we’ll pay for it, you do it”. So began the Kiwi Hit Disc. That was 1993. 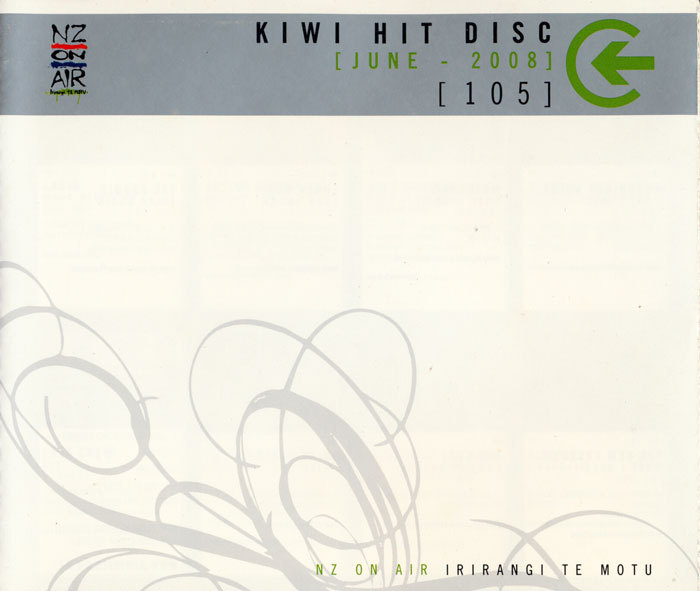 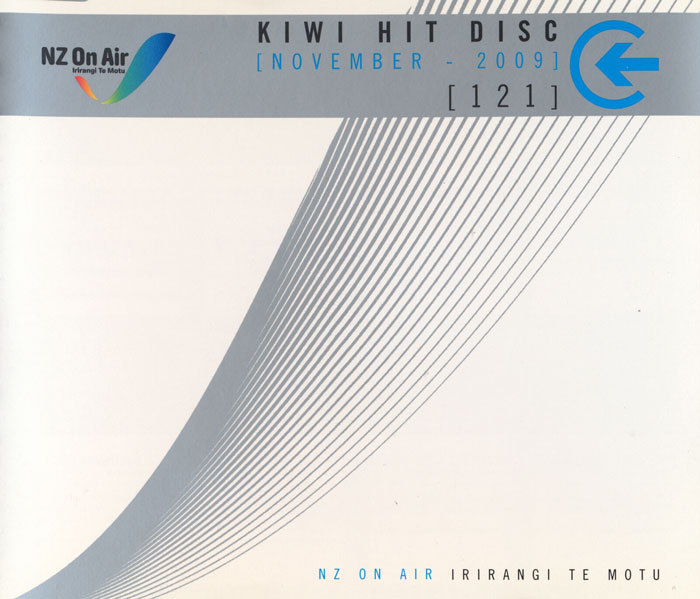 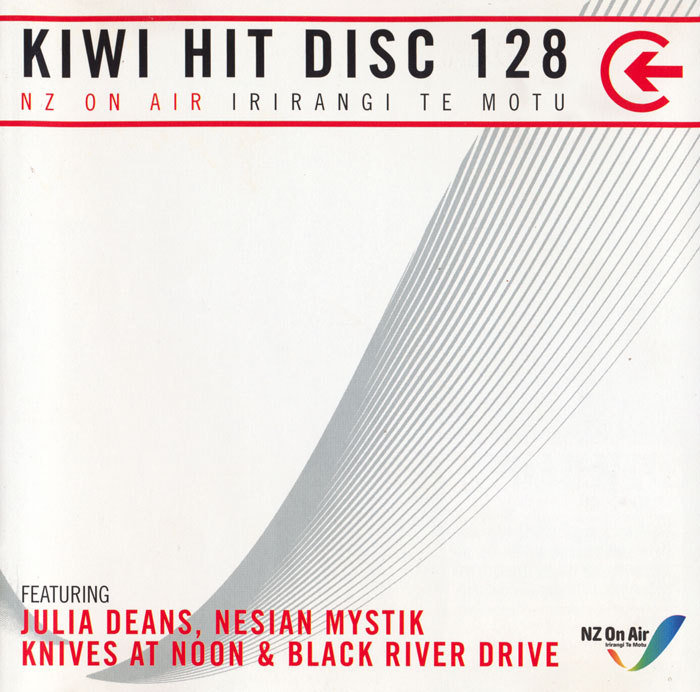 Over time the Kiwi Hit Disc evolved in all aspects – artwork, compilation and offshoots – as radio, with very specific formats, began to “narrowcast” rather than broadcast. 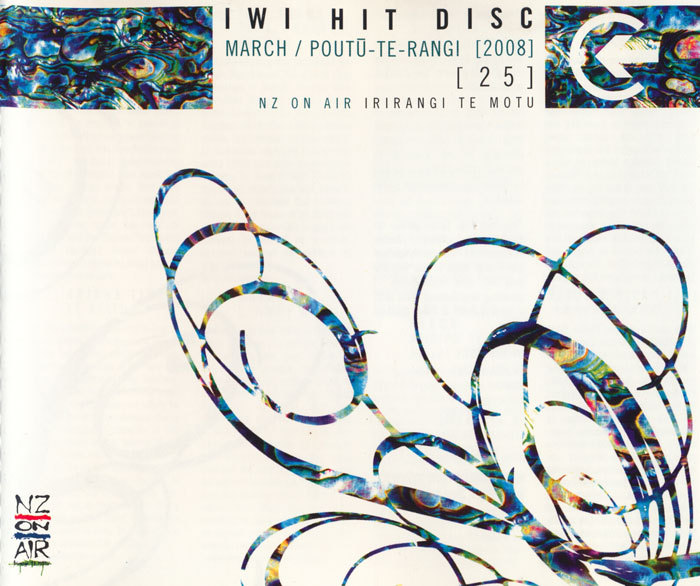 “We have been through many iterations over the years,” says Brendan Smyth. “Not just the cover art! We have tried different things. Refined the offering. Kiwi, Indie, Iwi, A/C and Gold. Tried sorting by genre, tried fewer tracks, tried more tracks. Tried a companion ‘tip sheet’. Tried sending a companion VHS music video compilation with the disc. Tried a Talk Disc variation. Diversified the delivery with PlayMPE and now NewTracks, tried using programme directors to tracklist the disc, taken the playlisting function in-house. It has evolved.” 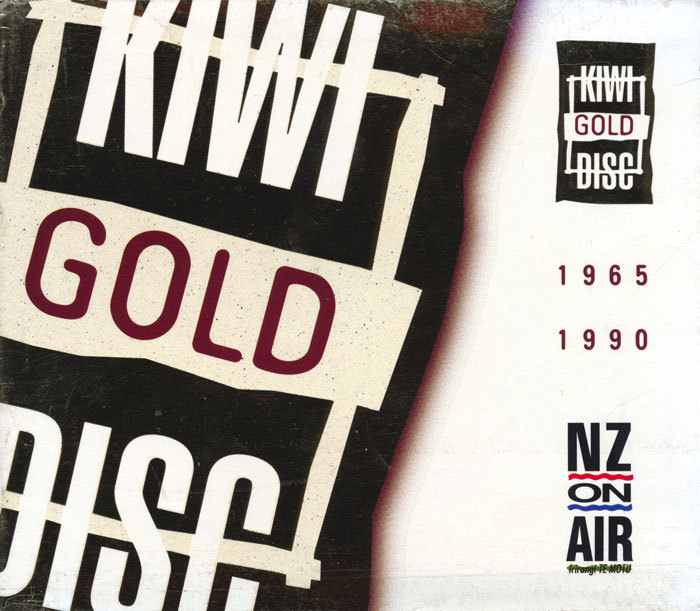 The first of two multi-disc volumes of New Zealand classics, boxed up by NZ On Screen and provided to radio as Kiwi Gold Disc

Did Kiwi Hit Disc make a difference? Mike Regal: “At the time it certainly had an impact. There were more programmers in the days before the networks took over. It presented them with NZ content in a tidy six weekly CD package. NZ On Air also had a local ‘pusher’ who followed each disc release up with the respective PDs.”

Regal’s thoughts are backed by Leon Wratt, content director at The Edge. “The main purpose of the Hit Discs was to ensure that programmers would have New Zealand music delivered on one CD a month – rather than spread throughout a pile of CD singles – [it] made it a lot easier to listen and find some gold that may have been missed – as well as helping artists that couldn't afford to send them all out.” 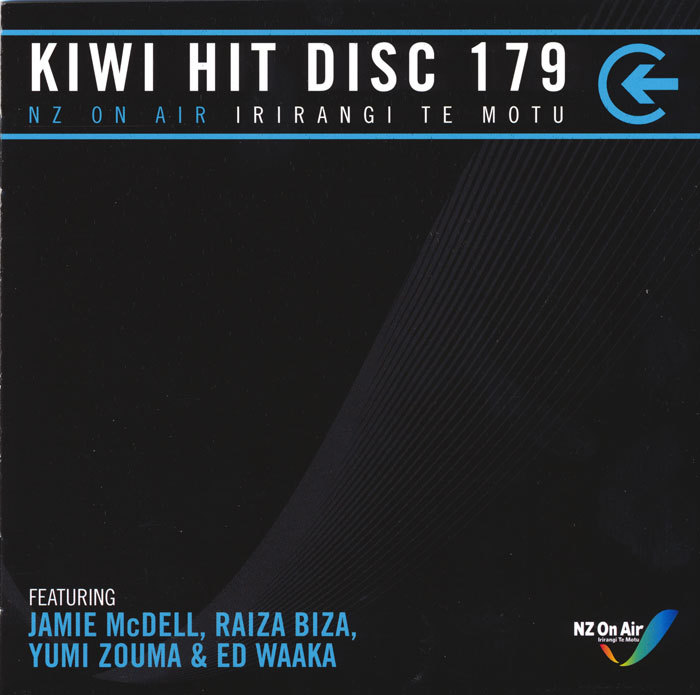 As a person who has lived and breathed New Zealand music perhaps more than any other over the 20-plus years of the Kiwi Hit Disc, Brendan Smyth cites his highlights: “The Kiwi Hit Disc 50 function was a big thing … with [former NZ Prime Minister] Helen Clark. Launching new 'brands' was always fun. Every now and again, we get an enquiry from someone who is looking for a particular song for a wedding or a significant birthday for a loved one and they can’t find it anywhere. Chances are it’s on a Kiwi Hit Disc.”

In 2015 Pagan Records’ Trevor Reekie wanted a master recording for Southside Of Bombay’s 'What’s The Time Mr Wolf?', to be included on Sony’s One Love – The Very Best Of Aotearoa Reggae compilation. NZ On Air was able to provide the audio via the Kiwi Hit Disc.

Times have changed in the radio industry with just two main players, Mediaworks and NZME (formerly TRN), both Auckland based, and between them controlling the majority of commercial radio broadcasting. Standoffs between media, record companies and artists are now just a faint shadow from last century; on the whole everyone works together rather than pulling apart with radio now regularly promoting shows by local acts such as the summer winery tours.

Commercial radio in 2015 has evolved, according to The Edge’s Leon Wratt: “ [It’s] completely different these days with internet delivery and programming grouped generally at a network head.” Kiwi Hit Disc introduced dual delivery in 2010, making digital delivery available alongside the traditional CD format. 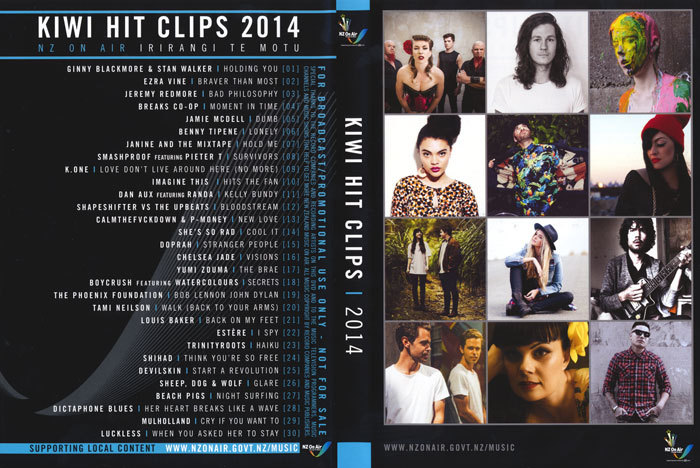 When Kiwi Hit Disc first arrived it was a means to an end, getting more New Zealand music on New Zealand radio. Having accomplished its goal, Kiwi Hit Disc went on to achieve longevity. Was this part of the initial scheme? “I don’t know, I don’t remember ever thinking that," says Brendan Smyth. “But now … it is arguably the most complete collection of contemporary New Zealand music ever assembled. That wasn’t what we set out to do but it is what we have done.”

Kiwi Hit Disc is a definitive catalogue of contemporary New Zealand popular recordings, from the opening track of 1993’s Kiwi Hit Disc 1, 'Your Window' by The Mutton Birds, to the last disc of original new music, 2015’s Kiwi Hit Disc 179 and the closing track, '28 Months Later' by L.A.B. 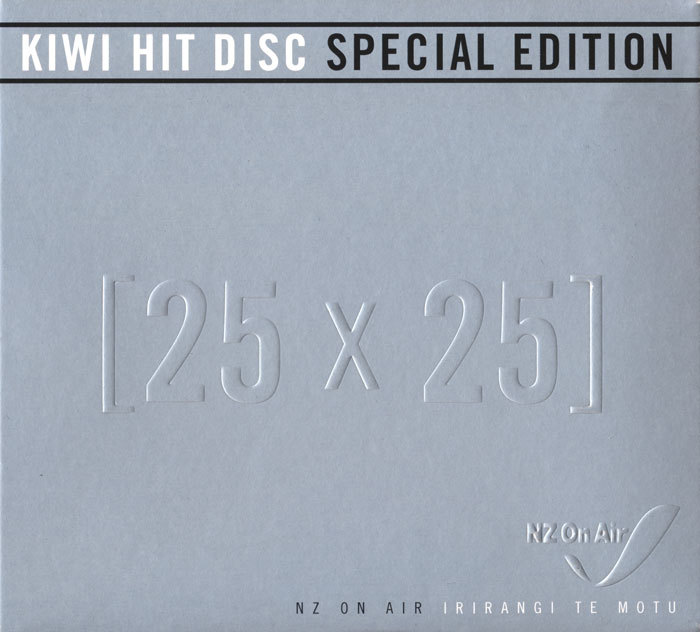 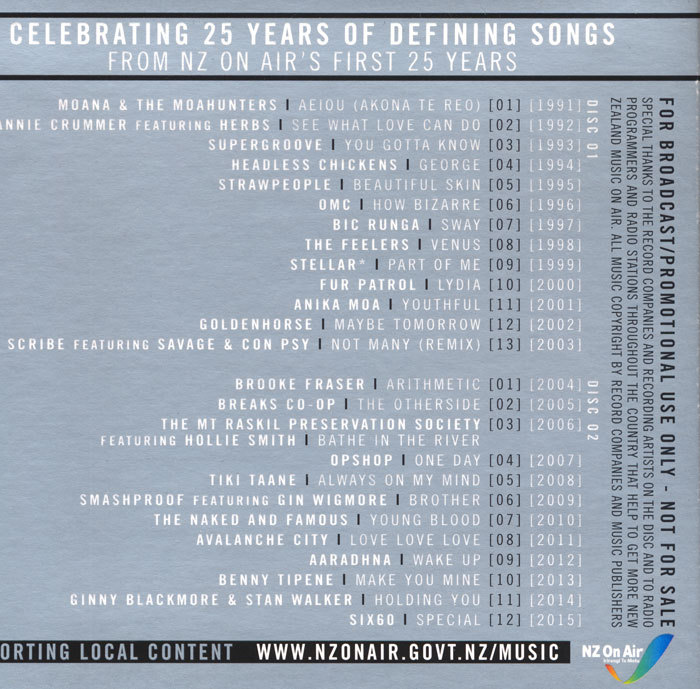 The final Kiwi Hit Disc was a special edition called 25 x 25, a collection of 25 great songs from 25 years of NZ On Air. It was a very fitting finale for an institution that began over lunch. As physical media moves aside for digital delivery, Kiwi Hit Disc has evolved into NewTracks, with 28 new New Zealand tunes each month, genre-defined and distributed online at www.newtracks.co.nz.