So You Wanna Be A Music Photographer?

So You Wanna Be A Music Photographer?

A step-by-step guide to making a prize-winning music photograph.

Cameras aren’t hard to come by these days, but there was a time when not too many people had one. You had to be keen on photography in the first place, and able to afford it.

Of course, now there’s also your phone, and everyone has one of those. You just need to know which way to point it.

Quite frankly, you can get some pretty amazing photos just using a smartphone. Pretty soon though, you’ll realise you need a camera as well. And, if you’re serious, you’ll also want to invest in some really good lenses.

Get to know your camera. Set up your presets so you are ready and can react quickly in common shooting scenarios. And take a course if you’re struggling to master camera or technique.

Wait – how do I know this works?

Well, what can I say? It worked for me. Not the competition part (we’ll get to that later), but everything else.

Granted, I was the guy with a camera when not many had one, and times have changed. But the story’s a similar one for other photographers even today – what most of us have in common is that we got our start by shooting the music we liked. 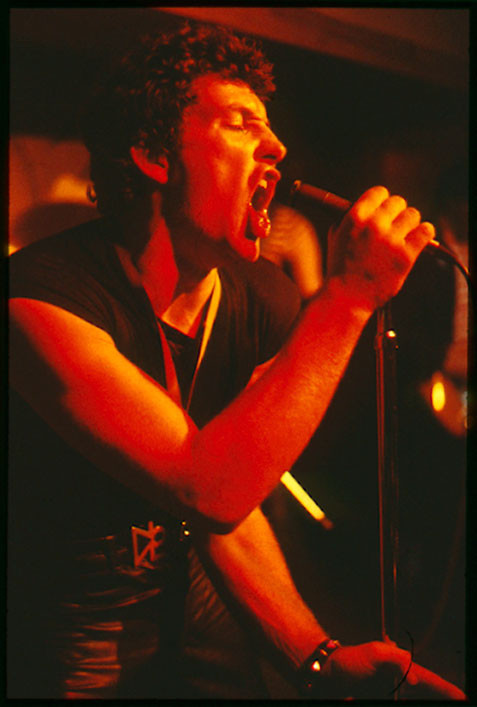 Graham Brazier at a private party in LA with Hello Sailor, 1978 - Photo by Jeremy Templer

This bit can be really easy, or it may be really hard. It depends what sort of musician you are looking for, because sometimes just getting access is the hardest part.

If you’re a musician yourself then you don’t have to look too far, of course. You can always shoot yourself (you know what I mean).

Chances are you’ll know other musicians too, and you can also shoot them.

More likely you need to find someone you know who is a musician (or somebody you know who knows one). That shouldn’t be too hard, either – there are a lot of them, and they usually have friends who are also musicians.

Take photos of people whose music you really like. You want this to be fun, and when you’re enjoying yourself you’re likely to get better shots.

Make sure you can get easy access to your musician(s). You want to have plenty of opportunities to take photos.

Aim for the stars, but don’t start with them

Music photography is hardest when you only want to take photos of well-established acts. This is not a good starting point, particularly if you’ve never really taken any photos you thought worth sharing before.

Once, simply having a camera was like an all-access pass to take photos wherever you wanted. But it’s very different now.

At live gigs, you often have limited time to take photos (for well-known acts, up to three songs has become common). That’s because musicians want more control over their image, and where those images end up.

On the other hand, acts that have yet to make a name for themselves, where you’ve already struck up a connection, are less likely to give a damn.

Your best option is to find a band, a duo, or a solo act, that’s just starting out and needs your photos as proof they exist.

Another approach? Start with your local venue, getting used to taking photos of the bands playing there. Get to know the promoter, and the staff – play your cards right and they’ll help make it easier for you. 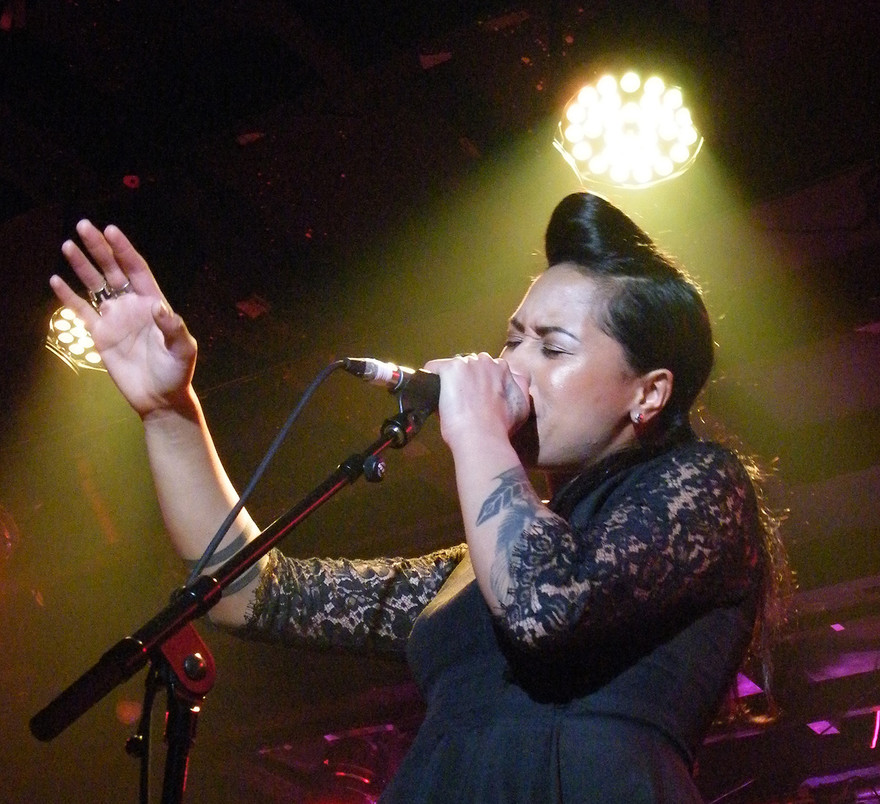 Sure, you like their music, but how many other people do?

You can take some brilliant photographs of bands you like and think might be big one day. But honestly, no matter how good the photos, not too many will be interested. Not unless those bands become better known.

So, narrow the field.

Now you’re shooting music you are passionate about. And artists that are on the way up, with a growing audience. That’s your sweet spot if you’re just starting out.

Better still, find a scene – one where you naturally fit in. Now you’re shooting a bunch of musicians, bands, and fans, and the scene is gathering momentum. You have plenty of places to point your camera.

Sometimes you can get lucky. You’re the boyfriend, girlfriend or the roadie. Or you play in the band yourself. You’re already on the inside track, with close connections to your subject matter.

You can steal shots in the most intimate moments, when everyone has their guard down. You get the photos that no one else can.

But let’s be honest here. The difference between a good music photo and a great music photo is often down to who you are shooting, not the shot itself.

So choose your targets wisely. And the more animated the musician(s), the more chance you have of capturing something special. And I’m not just talking about live shots.

Image-conscious musicians know what they want from you and how to pose. Get those shots and they’ll be happy, but try to get the photos you want as well.

Don’t be monogamous. Shooting just the one band makes you their publicist, not a music photographer. 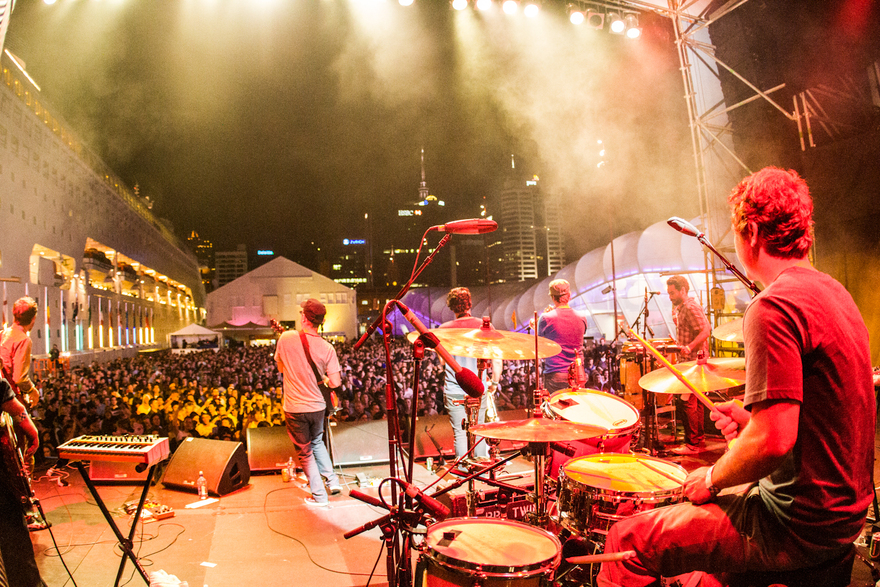 Don’t obsess about having the right camera, and the right gear. Know how to use what you have to advantage.

Old school meant you were shooting black and white film in often dimly-lit conditions, push processing, and hoping you got the shot.

You can still do this obviously, but why would you? Digital gives you instant feedback and is way less expensive. You don’t have the cost of film, film-processing, and printing.

You can also decide later if the shot is best as colour or black and white. Shoot in RAW (and you should!) and you can get away with exposure errors that once meant you came away with nothing.

Music isn’t just about sound, and what we hear. It’s much more than that; it’s about feelings.

The best live shots capture those feelings. Looking at them, we feel like we’re right there (we can almost hear the music).

At live gigs, get your shots but don’t get in the way. Try to be patient. Compose your shot, and wait for the moment. And don’t just take photos of the musicians; take shots of the crowd too.

Live shots are particularly difficult when you don’t really know the songs. So get to know the key moments, and you can try to be in the right position, at the right time.

If you can manage it, get to rehearsals – everyone will be more relaxed. You’ll get candid shots you wouldn’t get at a gig, and you’ll have the room to yourself.

Sometimes your best photos are those you didn’t take.

You can see the images in your head, long afterwards, but that’s the only place they exist.

Lesson learned – take your camera, with a spare battery and memory card, whenever you can. Or, at least, learn how to get the most out of your smartphone. 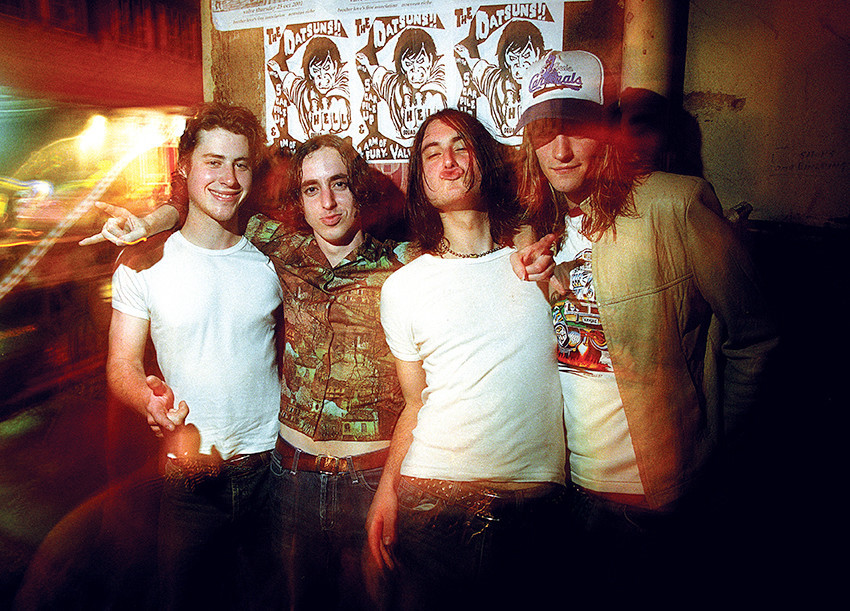 We all need guidance and inspiration from time to time, especially when you’re just getting started. So if you’re serious about this, spend time learning from other photographers.

Look for someone else whose work you like and who has done just what you want to do.

Don’t mimic them, though. You need to find your own style and forge your own path. Your photos should be a reflection of the way you see things, and your relationship with the artists (and their fans).

You’ll get there, but it takes patience and practice.

Make sure too that you critically review your own output. And take time to learn from others and what they do.

It was Rip It Up’s Murray Cammick who encouraged me to keep photographing what would become the AK79 scene. (The Fan Club exhibition was the end result.)

Where mine was a 4-5 month hit-and-run job (I had a plane to catch), others like Sara Leigh Lewis, Anthony Phelps, and Stephen Penny had infinitely more patience. They kept on going. And Lewis, in particular, dug deeper – you can see it in her photos. 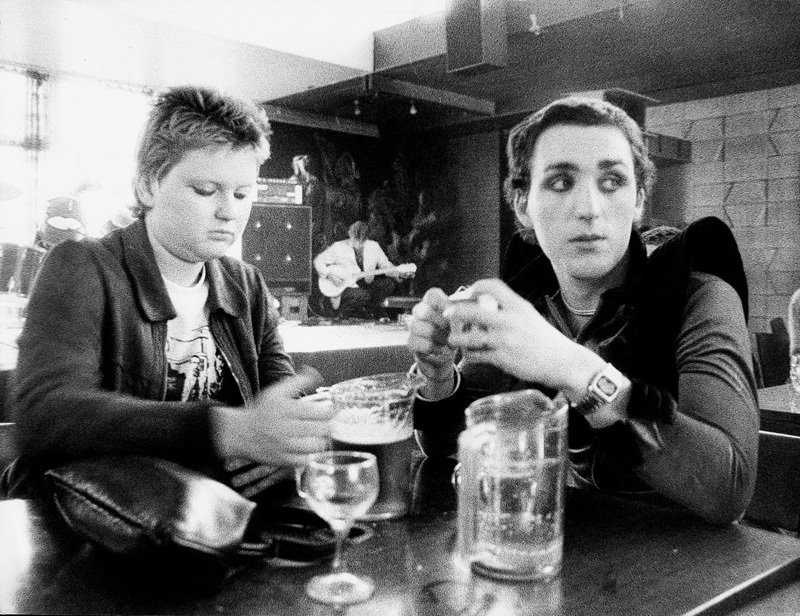 Craig and Tina at The Windsor Castle. Craig was the vocalist with The Aliens - Photo By Sara Leigh Lewis

Get your best work out there

If you’re also a writer, great – that’s a head start. Music magazines (print and online) may be thin on the ground, but you increase your chances of getting published if you can provide both copy and images.

You can always self-publish – start your own blog, or use a platform like Medium or Tumblr where you’ll have a readymade audience.

Submissions for the 2021 FromThePit exhibition closed in late February, so start thinking about what you can put together for the next show. And see what made this year’s final cut – the print exhibition has showings in Auckland (at Monster Valley), Christchurch (the Arts Centre), and Wellington (Thistle Hall Gallery).

And maybe win a prize

This year, the Auckland Festival of Photography, for the first time, is including a music photography category and award. It’s open to all New Zealand photographers, with a $1500 cash prize for the winner. From May 1, you can enter any music-related image, in any genre or style, but get your entry in before the May 24 closing date.

The rules for entering the Aotearoa Music Photography Award are at their website. The competition looks like it’s here to stay, so even if you can’t get an entry together for this year’s competition, make your plans for next year. 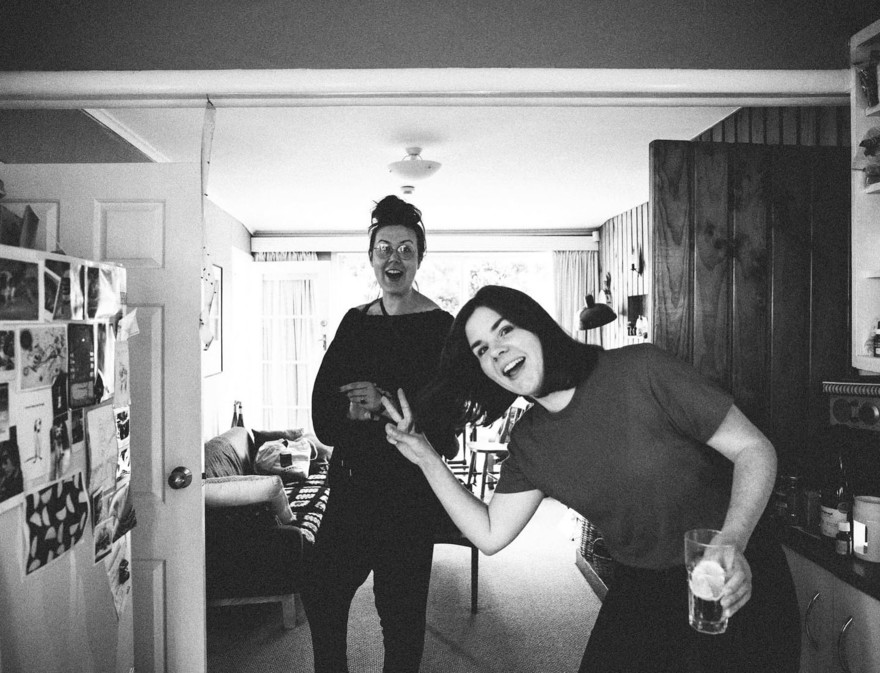 Make your own rules

There’s the common sense stuff when shooting live – it’s okay and sometimes necessary to be a bit pushy, but remember that we’re all in this because we love the music. So respect other people’s space (including that of other photographers), and don’t get in the way. That goes too for the musicians you’re photographing; know where the boundaries are (we are not paparazzi).

That apart, yes, rules can be broken.

Get creative, try different things to see what works, and let your photos speak for themselves.

Jeremy Templer is an Auckland-based journalist, photographer and editor, who worked for Hot Licks in the mid-70s and contributed to early Rip It Up. “Hello Sailor Hit Hollywood” is his first-person report for AudioCulture on the band’s 1978 sojourn in Los Angeles. The Fan Club is his photo essay about punk bands and culture in Auckland, 1978.