With an appetite for championing underground music, MUZAI Records has carved its own path in the music scene while employing the simple ethos of giving unknown local bands the exposure they deserve.

After kicking off his musical career as a guitarist in The Lohans, UK-born Benjii Jackson realised he wasn’t destined for performing. He decided to try his hand at something behind the scenes instead.

As a sideline to his publicity work and a show on Auckland shortwave radio station Fleet FM, he set out to launch a record label as an outlet to help his mates, as something of a middle-man for releases. 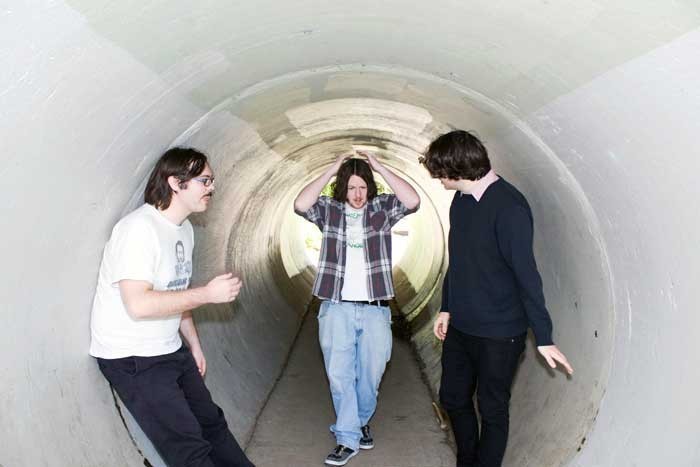 Attending the show of his friend Martin Phillips’ band god bows to math, Jackson saw promise in the band’s catchy, angular style and obnoxious live show. After an initial conversation, Phillips was roped in as a partner. The pair decided to loosely oversee the group’s album release. Phillips later described his role to Radio NZ as an “unofficial A&R guy”. 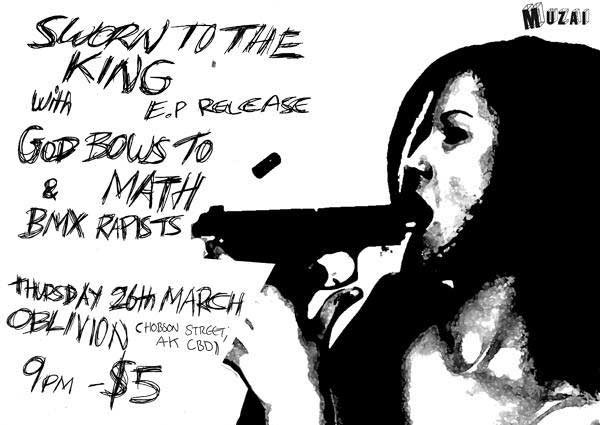 The very first MUZAI showcase on 26 March 2009, at Oblivion in Auckland's Hobson Street

The pair adopted the name MUZAI, which was originally thought to be the Japanese translation of “noisy” or “difficult”. Further down the track, they discovered that the title ironically meant “innocence”, a term that, in addition to disarming the original attitude of the label, also rung true with the prominence of younger artists on the roster. Along with the title, they adopted the apt tagline, “Independent Fighting Spirit”.

Bankrolled by Jackson’s own savings, the label was set up with a DIY ethic in the front room of his Auckland flat. Initial plans were floated to run the operation as a postal service, though on second thought it was established as an “email label” via a blog and through tongue-in-cheek press releases. 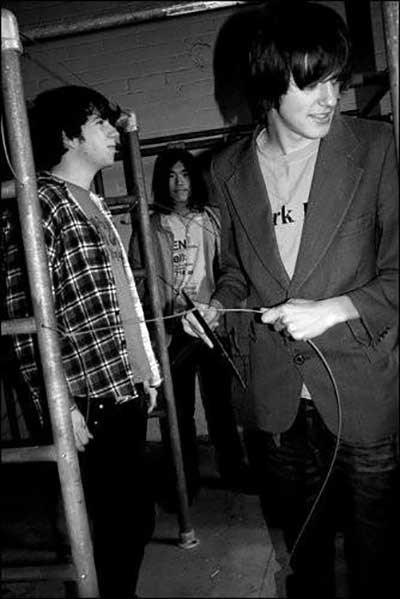 Signings were considered not on the terms of monetary income but whether they would have been something Jackson listened to when he was growing up. Early deals typically consisted of distribution and publicity, with the label providing some start-up capital to help with the recording and taking 40 percent of the profits once costs were recouped.

Jackson explains that the process is different for every band. “The concept behind the contracts (agreements, we call them) is more on a release basis than a three option deal. There's a term for how long the release is licensed to us, a list of what we expect from the artist and what they can expect from us. There is some legal jargon thrown in there but for the most part, it's kind of a summary what's being entered into.” 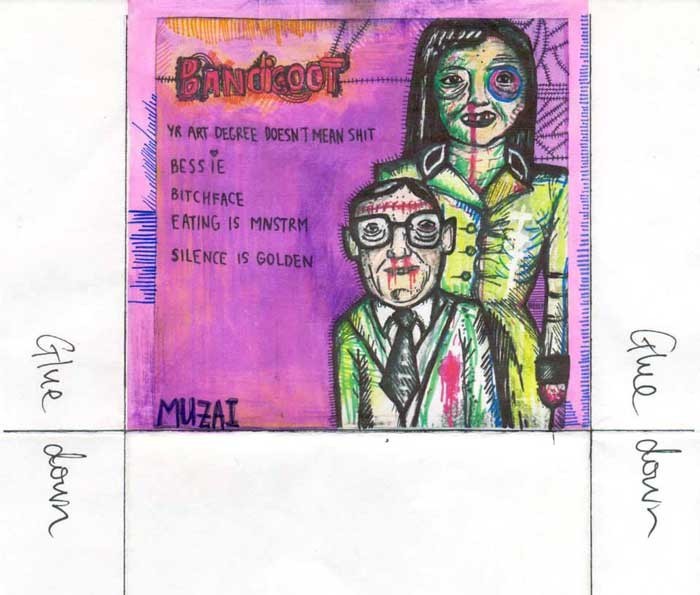 In their first year, MUZAI oversaw releases for god bows to math, Bandicoot, BMX Rapists, Sherpa and TFF, as well as three sampler compilations under the title Fuck These Bands. Noise-pop trio Bandicoot were a key signing for the label, exploding overnight in the all-ages scene and becoming a sought after warm up act for international visitors. Albeit bright, the band’s lifespan was brief and they soon dissolved in their own hype, going their separate ways into different projects (Sheep, Dog and Wolf, Totems, and TV’s Shortland Street). 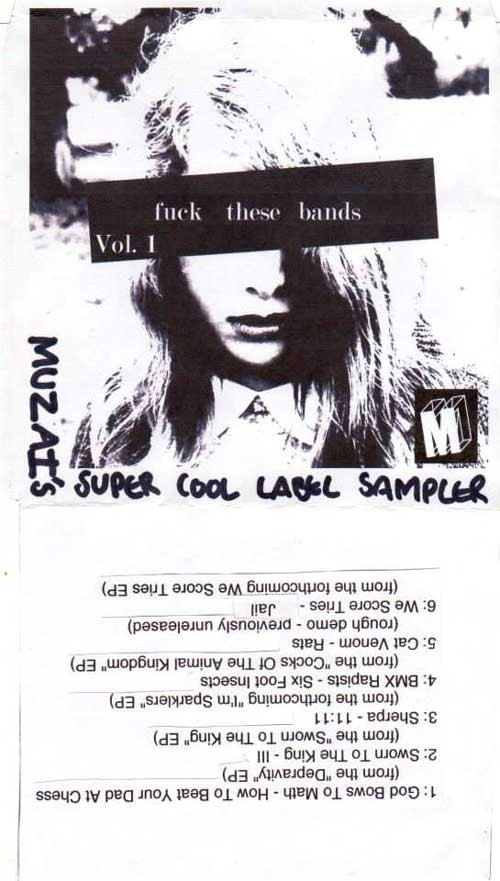 The all-ages scene was prevalent in the label’s early success, with a large majority of the roster made up of high school acts. The leaning was a result of Jackson discovering “incredibly talented musicians” in the scene that had nowhere to play. As a result of the frequent all-ages shows thrown by the label and their nose for signing young acts, Jackson was given the nickname “Jesus of the All Ages Scene”.

“I think it became a gimmick in the end for some people. We were the ‘all-ages label’. Then the bands got older and their friends could sneak alcohol into bars. So we moved away from that. Things go in cycles.” 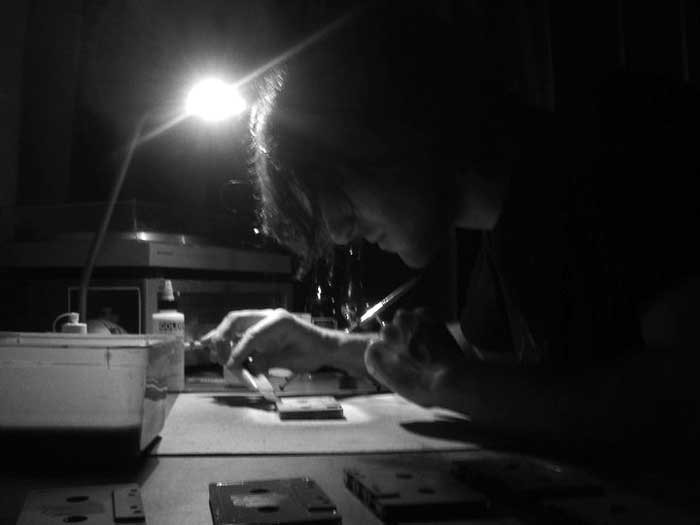 Putting together the Fuck These Bands II tape sampler, one of three samplers released in the series by MUZAI

The label topped off its whirlwind first year by penning a distribution deal with independent music distribution company Rhythmethod, allowing them to take a more serious approach with agreements. The relationship was kicked off by re-releasing Bandicoot’s Jurassic Warfare EP and the god bows to math/ TFF split Smile For Silver, Sing For Gold. To mark the milestone, a large-scale all-ages birthday celebration was held in collaboration with music initiative MusicHype. 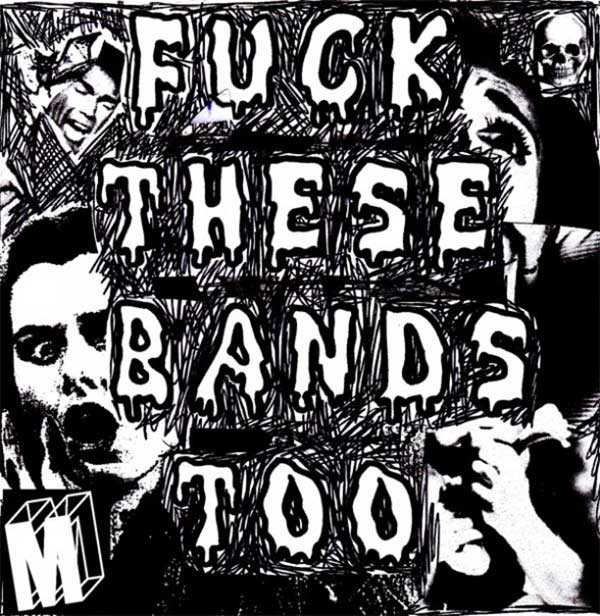 The terms on offer didn’t suit every band on the roster with fundamental signees Sherpa jumping ship to work with Grammarphonic Artist Management for the release of their debut album Lesser Flamingo.

Year two for the label saw a transition to bands outside of the all-ages scene. Releases included acts making a name on the alternative scene, including Sunken Seas, Hollywoodfun Downstairs, The Bemsha Swing, Girls Pissing On Girls Pissing, Wilberforces, Full Moon Fiasco and Diana Rozz. The label’s first international release came with Shanghai-based punk duo Pairs, made up of members from Bang!Bang!Aids! and Australian group East Brunswick All Girls Choir. 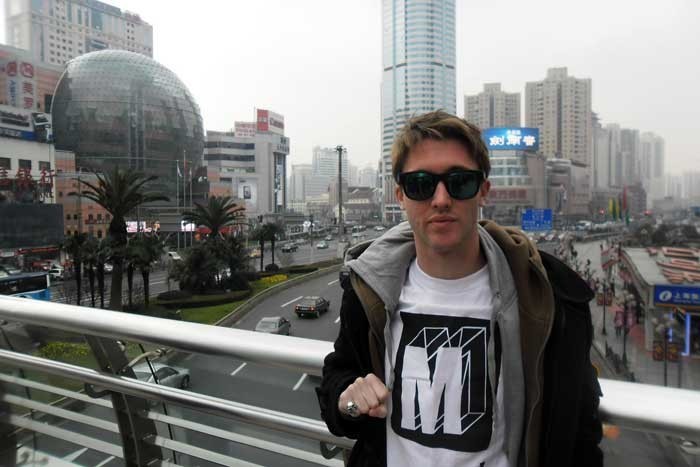 Jackson’s involvement in the music industry also became more prominent. He accepted a place on the board for Independent Music New Zealand, the trade association for NZ independent record labels, and was selected to participate in a six-month workshop designed to help grow and develop new business models.

Phillips eased off on his role and started the sister label Hell Is Now Love, a predecessor label for releases through MUZAI. The label eventually became its own imprint, overseeing releases for acts including Lost Rockets and The DHDFDs. He remained involved with MUZAI, looking after stock and helping run shows. 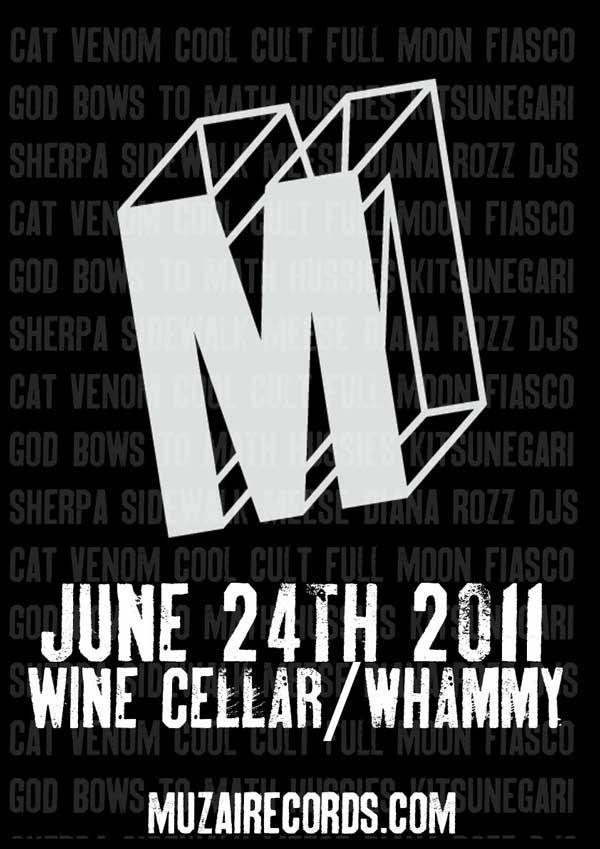 In 2012, MUZAI and Dunedin collective The Attic joined forces to release It Came From the Attic, an eight-song compilation of emerging Dunedin talent. A further compilation came in the form of This Is MUZAI - 2009-2013, a 27-track sampler marking MUZAI’s fourth anniversary as a label. The online release was accompanied by notes from Jackson and stories about how the artists ended up collaborating with the label through to random musings. It came alongside three new signings: Astro Children, Young Hellions and The All Seeing Hand. 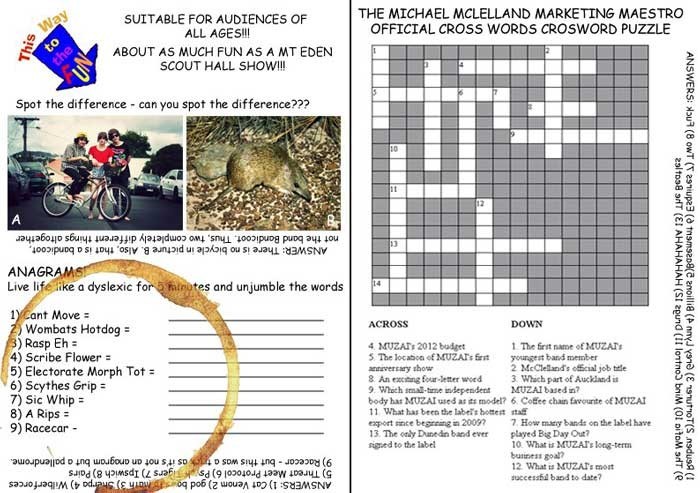 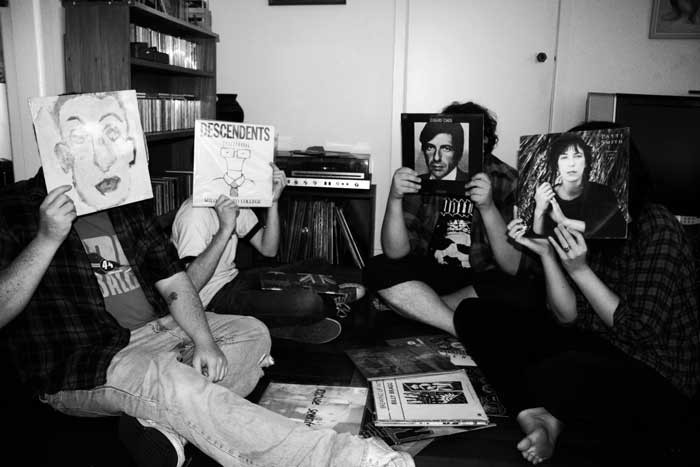 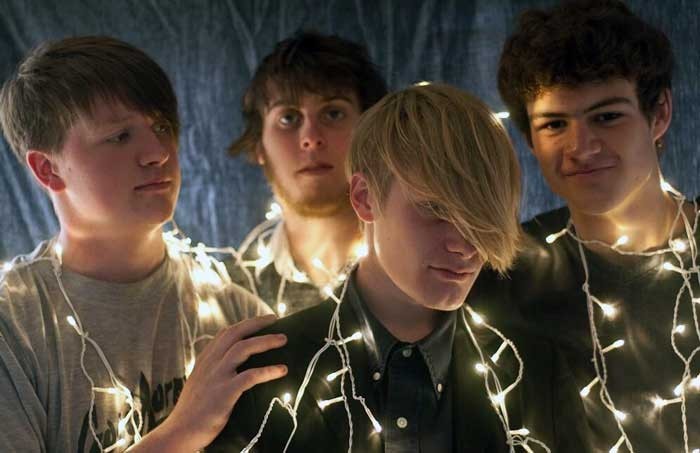 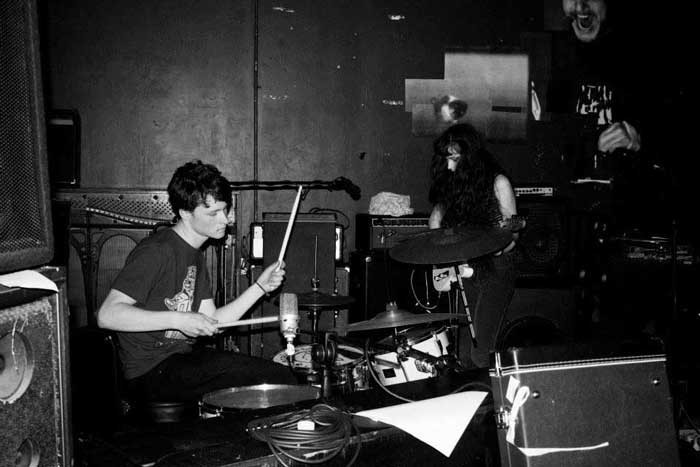 After five years running the label from Auckland, Jackson decided to return to the UK and operate the label from there. He told the NZ Herald (August 2014), “It's risky, but I want to be the first UK-based New Zealand record label. I think we've kind of plateaued here and I'd rather be able to say we tried to step up rather than stay here and drift.”

Before departing, MUZAI celebrated its fifth anniversary with a gig at Whammy. Shane Warbrooke, a filmmaker and member of The Bemsha Swing, documented the label through performances from the party and interview footage with Jackson. The footage was compiled for an hour-long documentary titled Last Exit To MUZAI.

As well as an evolving contingent of New Zealand acts and a freewheeling attitude to remain interesting, the label is now starting to support more acts across international waters. Jackson says the label will still prioritise working with New Zealand acts. 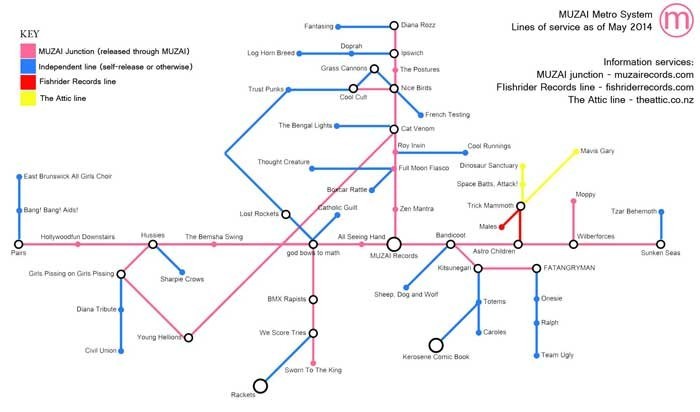 The 2014 MUZAI subway map of bands 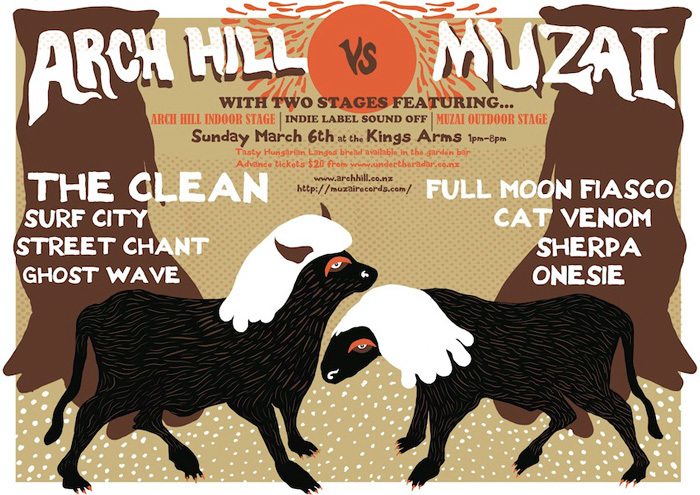