John Lennon once acutely (and savagely) observed: “Nothing happened in the sixties except that we all dressed up.”

He was right. The fashion and music scenes of 1960s Wellington were pretty much joined at the wide-belted, paisley-trousered hip. 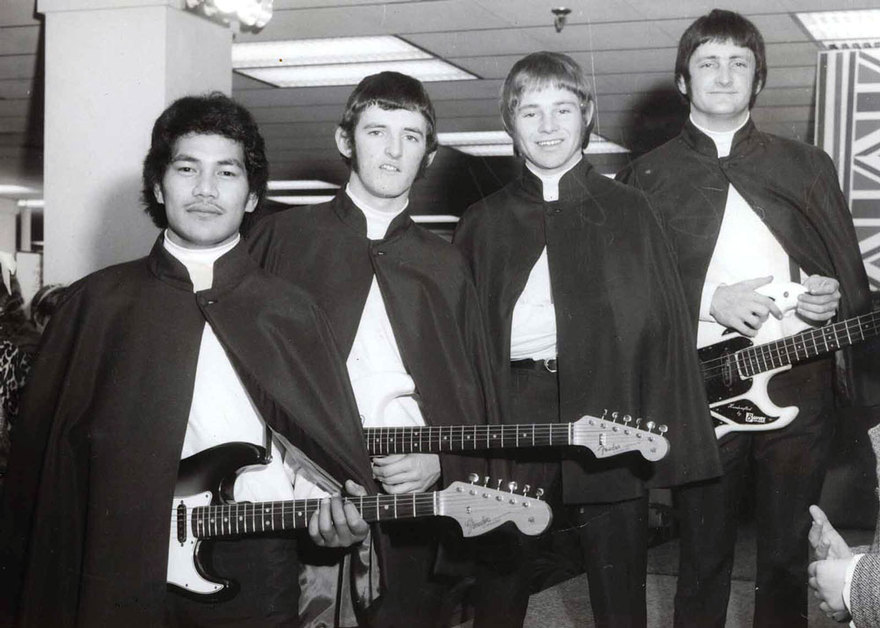 The Simple Image in their capes - Photo by Barry Clothier

Memories of designer "mod" boutiques like The Vault, His Lordship’s and The Little Shirt Shop remain just as vivid as those of storied, venues like The Oracle and The Place.

The look was snappy, tailored and totally Carnaby Street, the “groovy” London independent fashion precinct. Even the helmeted hair on local bands like Tom Thumb was tidy. On Friday nights, “dandy” bands like The Avengers performed at The Vault, a long, narrow shop that regaled us fashion wannabes to “Go Mad, Go Mod.” 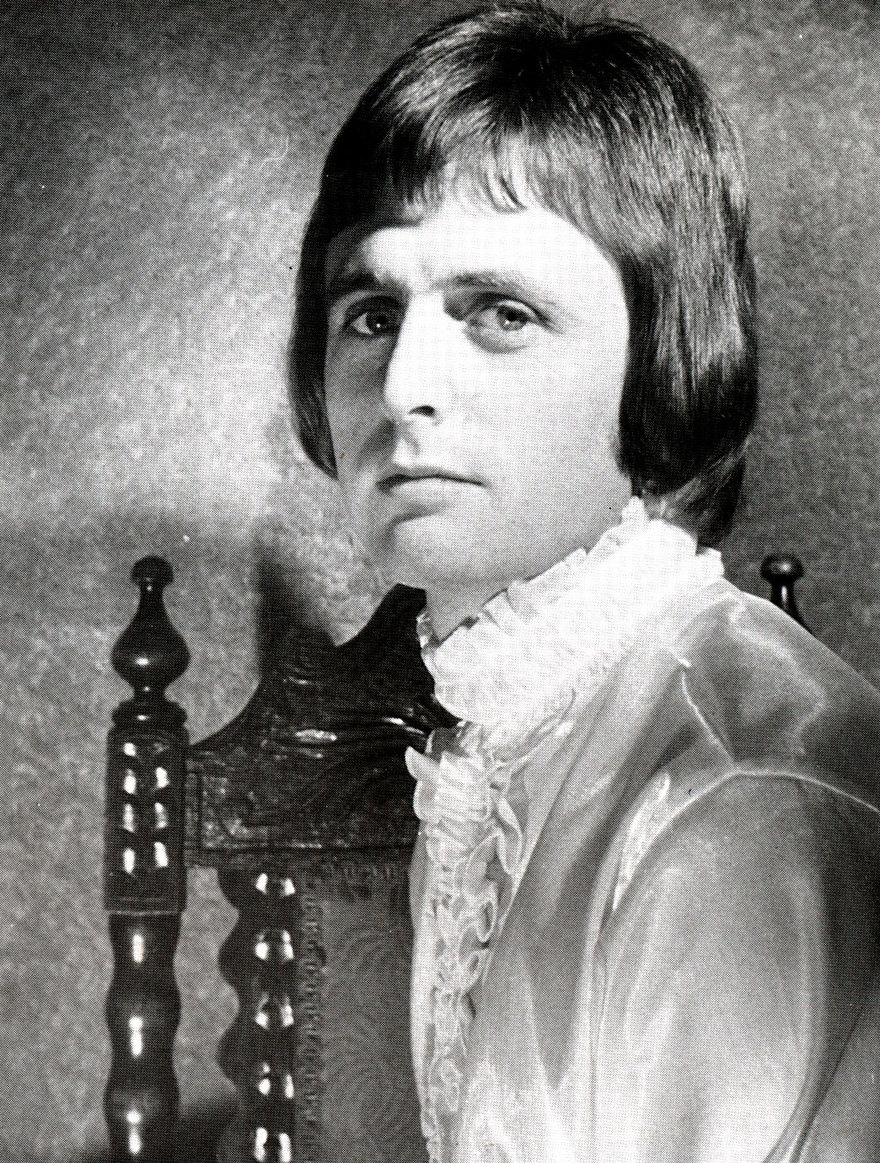 But it was never easy being what The Kinks called ‘A Dedicated Follower of Fashion’ (or a “medicated flower of passion”, as the joke went). Black and white TV was still in its infancy, the internet was 35 years away, and pop came out of tinny portable radios or on scratchy vinyl played on 1950s radiograms. Then there were the parents!

The only way to stay abreast of fashion was to follow the gushy British teen press, weekly magazines like Fabulous with its colour pinups of The Beatles, The Rolling Stones, The Animals and The Kinks. I had my Fabulous on order from the local newsagent, and like clockwork, they’d arrive four months out of date, having been shipped by sea. 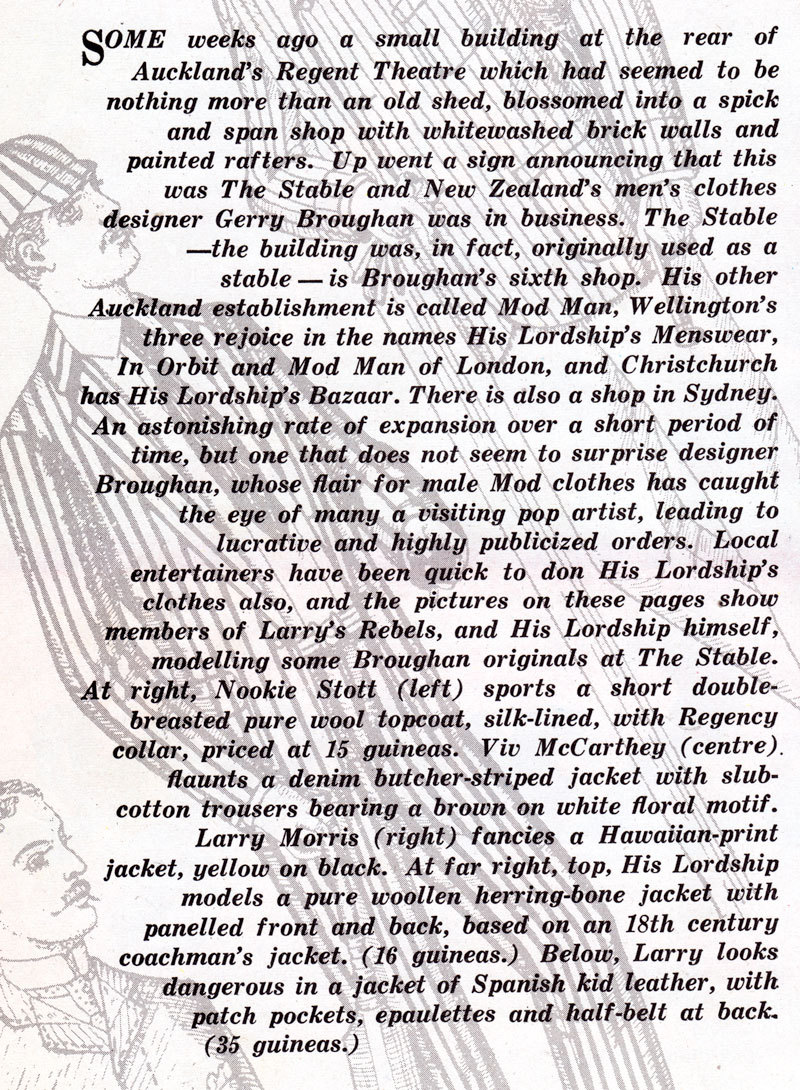 The opening in 1965 of Mangere Airport, capable of landing jets, was already changing all that. The world was arriving on our doorstep. I have an indelible memory of a sunny morning on bustling Manners Street in 1968. The Who and The Small Faces are in town for “The Big Show”. Rumours are flying that gin-soaked Small Faces singer Steve Marriott has been cavorting all night with girls – or was it boys? – in the Oracle toilets.

Our Manners Street, with its hip boutiques at either end and the jumping Oracle venue down on Cornhill Street, felt as "now" and as "happening’ as Swinging London.

Suddenly a dude with shoulder length, shaggy straw hair ambles across my path, fag hanging out of his mouth. His hair is already worth killing for. But it is the jacket that still cuts to the bone. It is some kind of hand stitched damask frock coat, sky-blue, embroidered with great yolk-yellow, tendrilled sunflowers. Later, somehow, I find out my first "hippie" was also The Who’s road manager.

In that shining moment, a peak of the Clearasil Years, our Manners Street, with its hip boutiques at either end and the jumping Oracle venue down on Cornhill Street, felt as "now" and as "happening" as Swinging London. There was simply nowhere else to be.

Still we mods were badly deprived. I, for example, did not own even ONE of the 14 striped tab-collared shirts my schoolmate Dave did. Popularised by The Rolling Stones in an early manifestation of the “smart-casual” look, tab-collars were a coveted commodity. But I had spied out a floral shirt in cocoa brown from The Little Shirt Shop down on Lambton Quay, up from Golden Chips.

First, I saved my lawn-mowing money to get a pair of slinky, white bell-bottoms from His Lordship’s, the most exclusive “gear” in town. Gerry Broughan, recently returned from Carnaby Street, owned this tiny shop at the Willis Street end of Manners Street. We haunted the premises, with its racks of pirate shirts, vests and tartan trousers, aware enough that the staff were gay enough to enjoy the joke, “You get an inside leg measurement for a tie.” 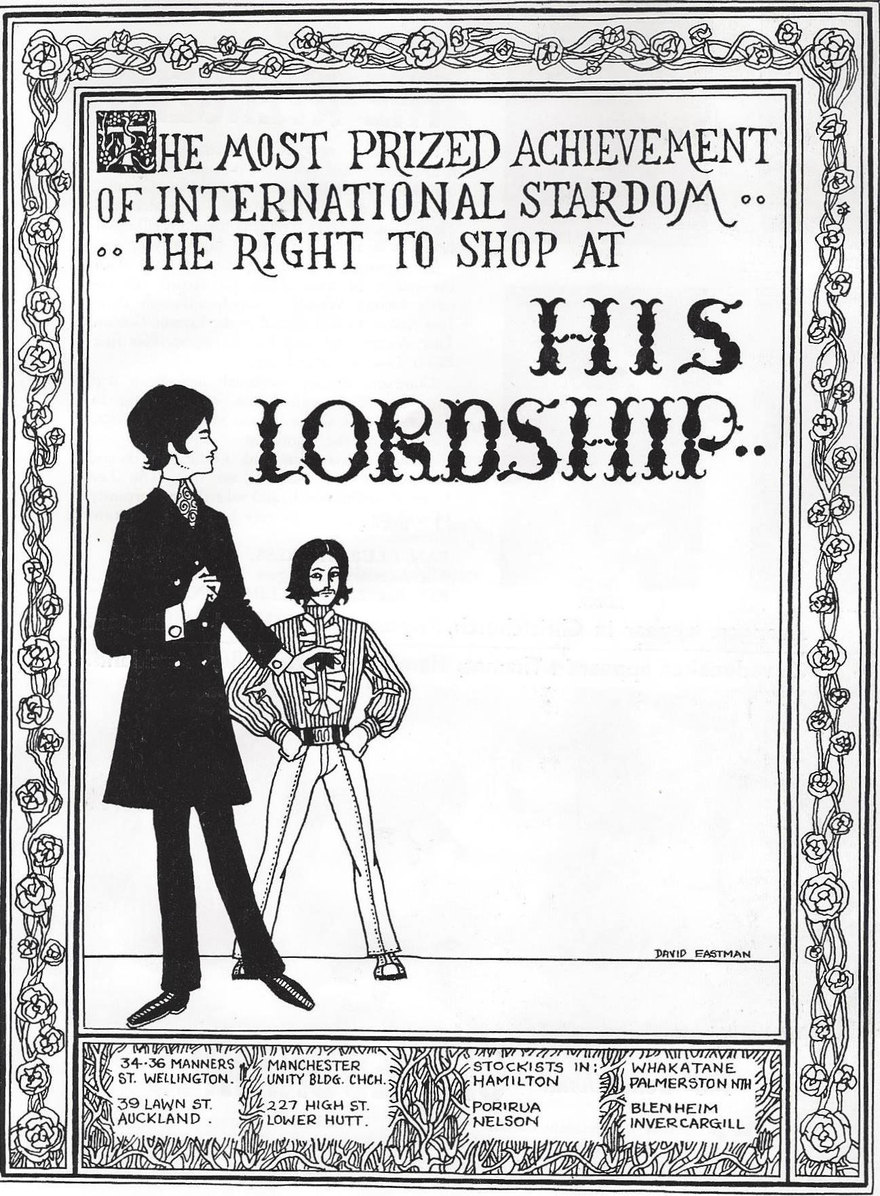 Broughan was a class act and his high standards and dizzyingly creative ideas saw the business flourish and pop stars like Lee Grant strut around in his clothing. Larry’s Rebels posed for Playdate magazine wearing His Lordship’s gear. The Dress Circle, the essential history of New Zealand Fashion Design since 1940, takes up the story:

“While Nooky Stott sported a Regency-collared top coat in pure wool, Viv McCarthy flaunted a denim butcher-striped jacket and floral pants, and Larry Morris posed in a sharp kid-leather jacket with a revolver at the ready.” 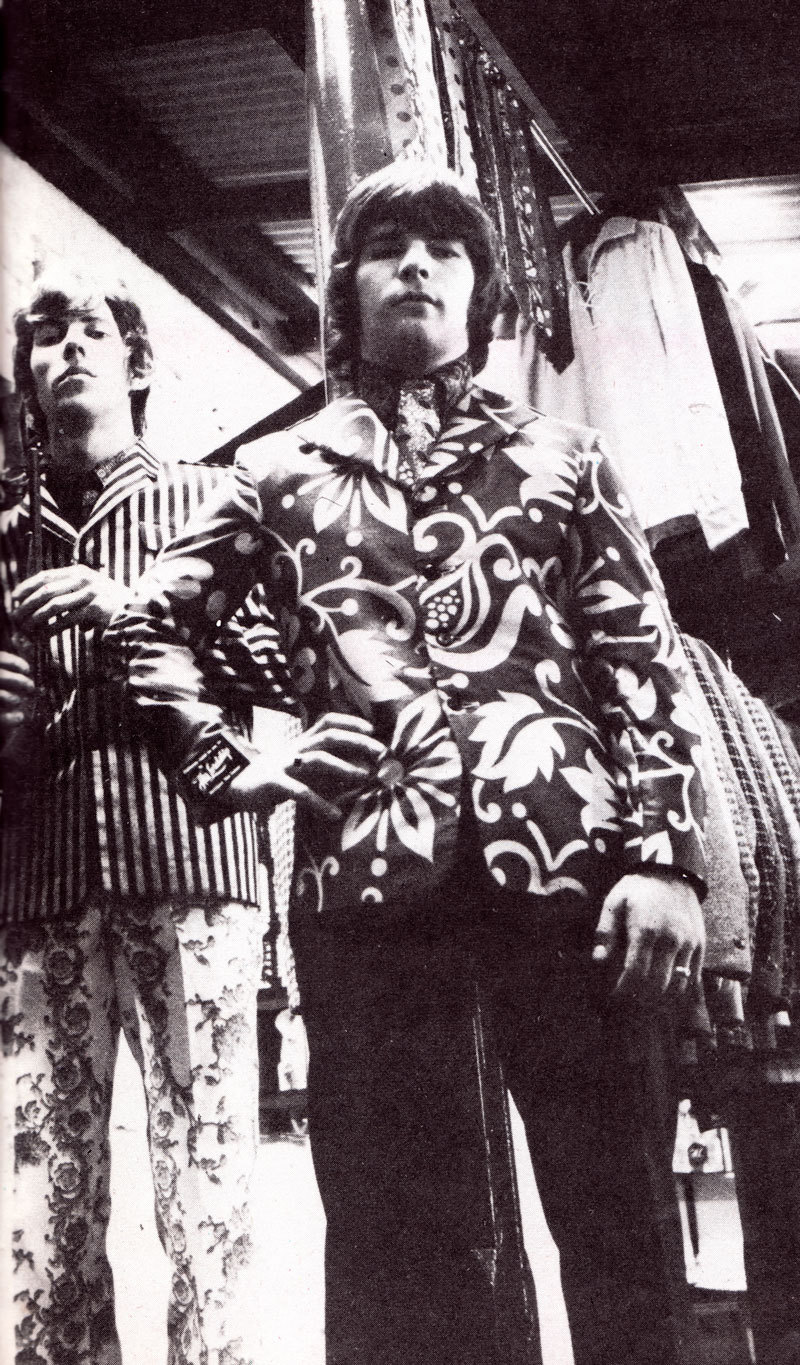 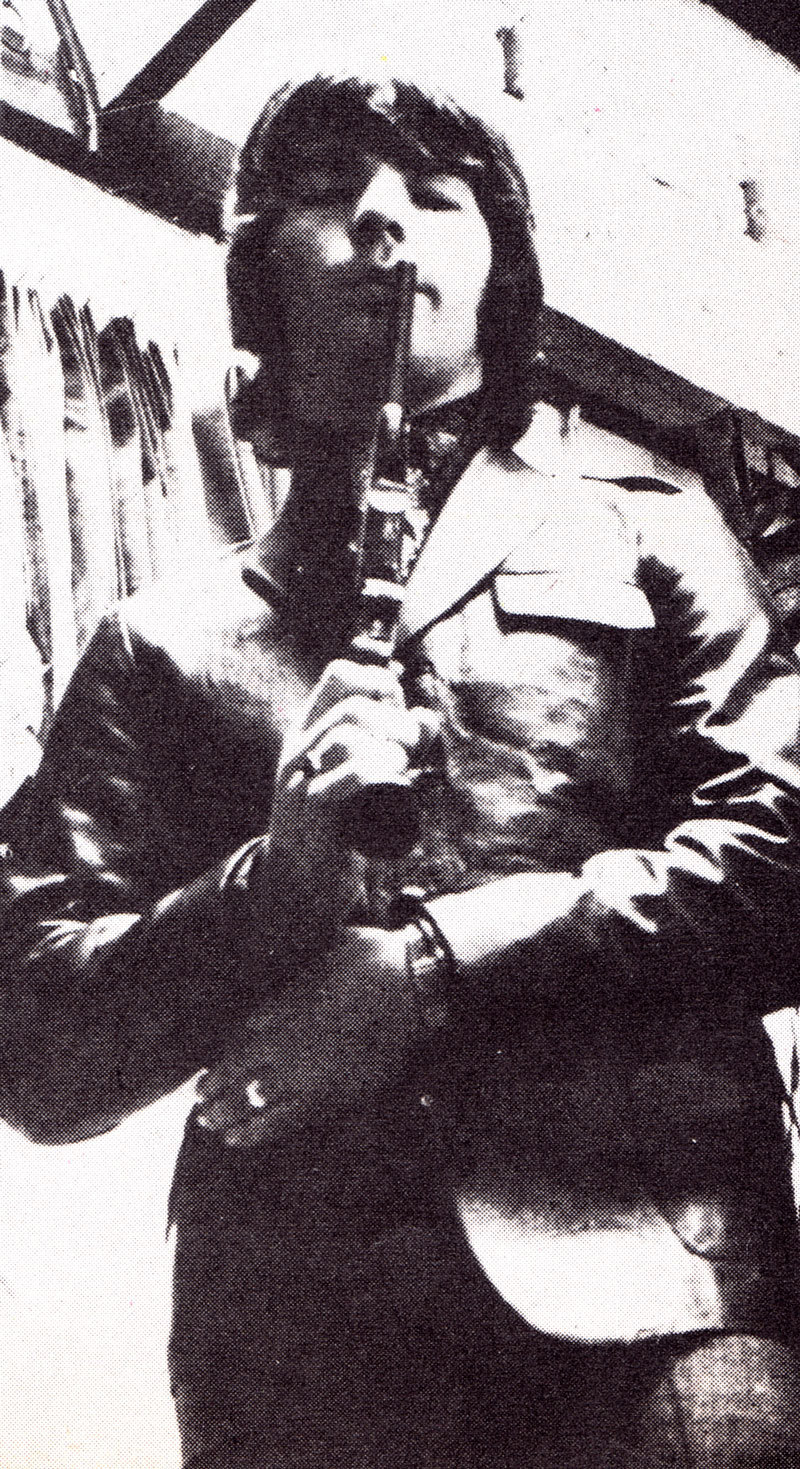 Having secured the white bell-bottoms, I zeroed in on the floral shirt I’d been admiring for months in the window of The Little Shirt Shop. To complete the outfit, the parents bought me … blue sneakers. That was only because they totally ruled out the black suede Beatle boots we mods all lusted after. They just kept saying no.

From the ooze I pulled a single suede, black, zippered, pointy-toed Beatle Boot.

I almost managed to beat the system. Almost. One Sunday, roaming up on Wrights Hill, at the top of the bush reserve behind the family home, I had a vision of a boot heel. It lay on the muddy edge of an unsealed hilltop parking area where teenage virginities were regularly chucked out the window There was a lot of graphic evidence of that!

From the ooze I pulled a single suede, black, zippered, pointy-toed Beatle Boot. I brushed it semi clean. It fitted me. I then spent a whole hour, crazily, desperately, scouring the surrounding bush and the roadside for the other. I never found it.

As I walked home, holding the boot high, I applied the clear-minded logic of any 1960s Wellington teenage mod. A mod on a mission: to look sharp, dance good and pick up the white-booted, mini-skirted chicks we all adored from afar.

There was nothing else for it: I would borrow a pair of crutches, stick a bandage on the other foot, don the Beatle Boot and walk proud … well, limp proud, along Manners Street. Our Manners Street. But I never did.