How can New Zealand pop songs be analysed in the classroom? Music teacher and composer Mathew Hoyes discusses an approach, and has created 10 examples to assist getting started (links below).

I’ve been a music teacher in Aotearoa New Zealand for about 10 years now, and have always enjoyed the Investigate an Aspect of New Zealand Music standard with my Year 12s. They show their passion for “their” music, while learning valuable research skills. And it works really nicely with New Zealand Music Month celebrations in May and getting some credits on the board early in the year, especially for the ones who have just started an instrument the year before and might not be ready for Level 2 solos!

However, something had always bothered me about doing this standard. When they have to investigate significant musical aspects, there’s little to no analysis of popular or modern New Zealand music online. For students that have had significant music theory education, analysing a song isn’t a big ask. However, if you haven’t had or aren’t getting private music lessons, this is a mountain to climb. It’s asking learners to be fluent at a level far above beginner, to write, listen and understand the grammar of a language they may have had little or no instruction in.

For many teachers this means lots of one-on-one time to upskill students by analysing their particular song. The primary resource, ie, analysed New Zealand music, just wasn't there for them to interpret and put in their own words, save for the Wikipedia page for Royals by Lorde. So I started thinking about how to fix that.

Have you thought about teaching Lydian with Stellar*’s ‘Violent’ instead of using ‘The Simpsons’?

What I wasn’t expecting was the depth of musical techniques I discovered and how teachers could use this for other year levels. Teaching modes always seems to be a really hard concept – but have you thought about teaching Lydian with Stellar*’s Violent or Six60’s Don’t Forget Your Roots instead of The Simpsons? Or that Lorde is our Mixolydian queen, using it in Royals and Solar Power? Is the Mixolydian mode part of the DNA of New Zealand music, since it’s used in classic local rock songs such as Victoria by the Dance Exponents, or April Sun in Cuba by Dragon, or One Day by Op Shop in the 2000s? How about using Getaway, Always on My Mind or Take it Easy to demonstrate syncopation, in a way that’s relevant to your students? What about how Not Given Lightly by Chris Knox is one long crescendo, by starting with finger clicks and adding instruments until there are big, fuzzy, distorted guitars, backing vocals and a host of other stuff? How did this love song go from a sweet, almost a capella, to hard rock, and somehow keep being a love song?

Some genres, concepts and techniques don’t easily fit the paradigm of using Italian words and roman numerals as easily, so I’ve tried to assess them within their genre, using the terms that would be used in that world. It doesn't make sense to try and assess the guitar riffs from Corrode by Devilskin, or from Shihad’s The General Electric as chord progressions – they should be looked at through a rock/metal paradigm. Similarly, Chains by DLT and Che Fu features sampling and drum machines (you could call it ostinato, I guess?), while Free by Broods manipulates synths in ways you can’t represent in a score without stretching the use of the stave in a way that no one does in the real world.

I’ve endeavoured to write these analyses in a way that leaves room for the teacher to easily make questions and research tasks. For example, some roman numerals and terms like tonic, dominant and authentic cadence are used and put in bold, but there are no full chord progressions. This means you could use a song to make multiple tasks which familiarise the students with the vocabulary, and then the musical analysis. For example, in Take it Easy, you might begin with finding the definitions of syncopated, adlib, reggae strum, hook, plagal cadence, tonic, and subdominant. The next task could be an aural one: from the text, they know Take it Easy has four chords, and students can research what a plagal cadence is, and use the “Chords in Key” box to work out what IV - I is. Suddenly, they’re halfway to working out the progression.

I’ve enjoyed immensely doing this work, and I’m excited to see how it helps teachers and students across Aotearoa as more and more are added over time. Kia Kaha New Zealand Music! 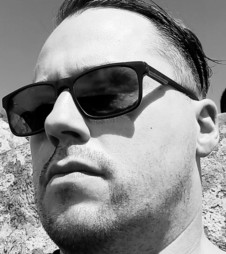 Mathew Hoyes is a secondary school music teacher, having taught at Taita College, Wainuiomata High School and Porirua College. He has a Bachelor of Music from Otago University and experience as a music producer, musician, composer as well as music video editing. He has performed in many bands playing both covers and original material. Mat has also taught music to private students and in prisons.